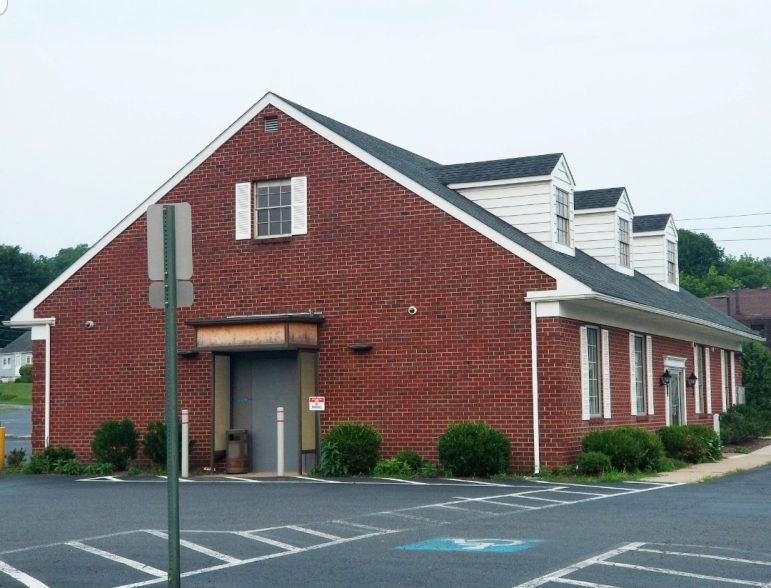 A Starbucks with a drive-thru is set to open later this year in the former Bank of America branch at Polk Valley Road and Main Street in Hellertown.

If you have a hankering for Starbucks iced coffee in the midst of summer, you will have to wait a little longer in order to satisfy it at the new store that’s planned in Hellertown.

The good news, however, is that work on the Starbucks is set to resume, now that a final land development agreement has been received by the borough.

Borough manager Cathy Hartranft shared the news with Hellertown Borough Council Monday, and said residents should expect to see a flurry of development-related activity around town in the coming weeks, as several approved plans have now been finalized.

“(Last week) was a very busy week for land development and improvement agreements,” Hartranft said. “We’ve received the Kichline Avenue, the Starbucks and the Clauser Street improvements agreements. (They) are either waiting to be signed or have been signed, so people will start seeing a lot of land development going on with those three projects. They’re in their final phases.”

Work on the new Starbucks at Polk Valley Road and Main Street (Rt. 412) began last fall, after developers encountered delays due to traffic and other concerns. The project was announced in February 2020, just before the start of the coronavirus pandemic and related lockdowns.

In the meantime, the Shoppes at Hellertown–the shopping center that surrounds the former bank branch–lost at least one tenant.

National Auto closed its store there in the spring, along with the remainder of its stores.

The new Starbucks will be encircled by an 18-car holding lane leading to its drive-thru. As designed, the holding lane will allow for the “stacking” of vehicular traffic within the parking lot, so it doesn’t overflow and impede traffic on the adjacent roadways.

Hellertown zoning and codes enforcement officer Kris Russo said previously that the parking lot’s curb line along Polk Valley Road will be rebuilt, so it’s better defined; the Polk Valley Road entrance to the parking lot will be moved eastward, closer to the Saucon True Value hardware store; and the former bank driveway on Main Street will be closed.

The Morning Call reported in March that the Hellertown Starbucks’ target opening date is September.

A Starbucks kiosk located in the Giant supermarket on Rt. 412, about a quarter of a mile from the new store, will remain open. The kiosk is not an authorized retailer as opposed to a company-owned store, and does not sell the full line of Starbucks food and beverages.