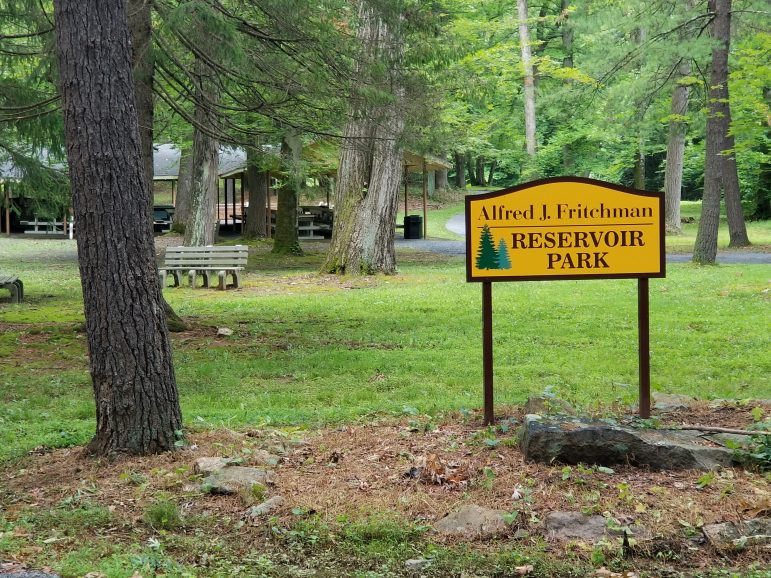 A new sign was recently installed near the entrance to Alfred J. Fritchman Reservoir Park, which is owned by the Hellertown Borough Authority. The authority is in the process of restoring and improving the park, which was developed by the Hellertown Lions in the 1950s and later deeded to the HBA. Alfred J. Fritchman was a Lion and HBA board member.

It’s located in Lower Saucon Township, but it’s not part of the township’s park system.

It is owned by the Hellertown Borough Authority, but it’s neither located in Hellertown borough nor connected to the public water and sewer services the authority provides.

And who in the world was Alfred J. Fritchman?

Alfred J. Fritchman Reservoir Park–if you’ve heard of it–may at first seem like a study in contradictions, but once you learn about its history you realize that’s only part of its charm.

Borough Authority Administrator Lauren Sufleta has learned a lot about the park and its charms in the three years since she assumed the reins of the 81-year-old Authority.

Fritchman (1914-1993), who served on the HBA board for many years, was a Hellertown Lion when the group developed the park as a picnic grove in the 1950s, she explained.

For that reason, when the Lions club later deeded the property to the Borough Authority, it was named in Fritchman’s honor.

“The Lions are still involved (in maintaining the park) a little bit,” Sufleta noted during a tour of the grounds, which the HBA board recently committed resources to improving.

Over the decades, the park facilities had deteriorated somewhat, and the board was faced with a decision to either divest the unusual asset or allocate funds toward its restoration.

They opted to do the latter, Sufleta said, which is why visitors to the park are greeted by a new brown and yellow sign near its entrance.

Many other park improvements are in progress or planned, she said, including planting a perennial flower garden around the sign; rehabilitated paths that have been covered with crushed stone; upgrades to the men’s and women’s restrooms; repairs to the pavilion’s large mid-century picnic tables, which will also be repainted; repainting the pavilion ceiling; replacing both grills; and adding lighting in the pavilion, which along with the repainted ceiling will help brighten the underside of the structure. 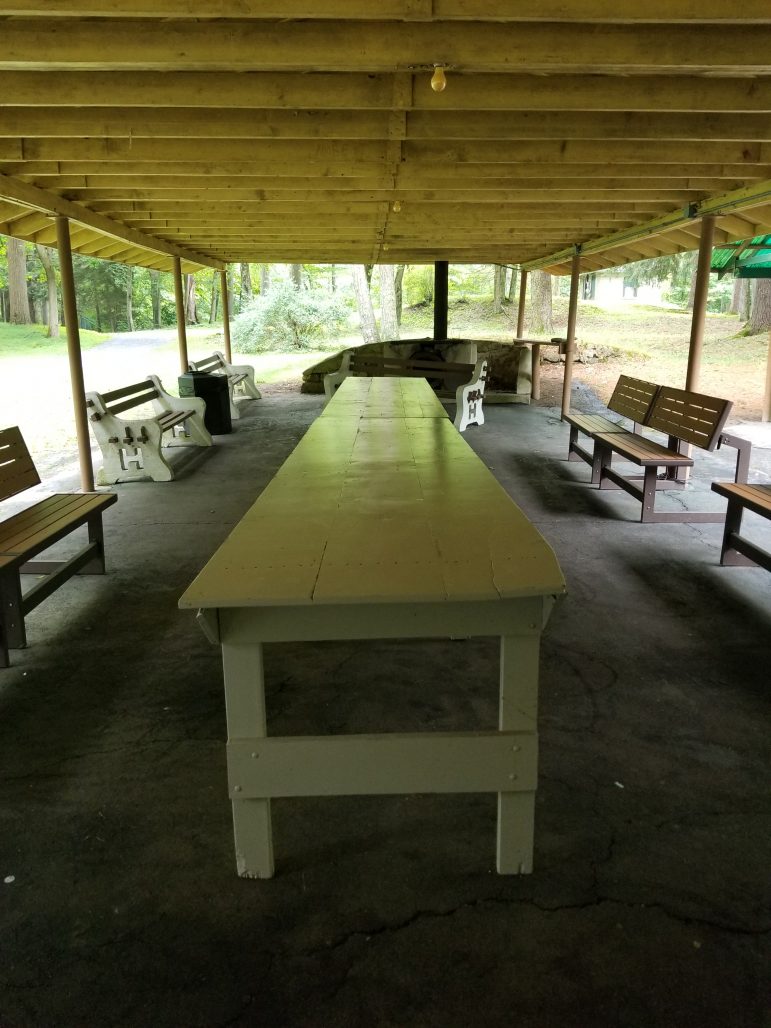 The park pavilion’s massive picnic tables are being repaired and repainted. The pavilion’s ceiling is being repainted and additional lighting will also be installed to help brighten the area. The pavilion is available for rentals from May to October.

She pointed out several trees that were marked with ribbons for removal, but was quick to note that the process of removing trees will be carefully regulated to ensure that the park’s aesthetics aren’t negatively impacted.

Conscientious removal will help restore the area to its optimum tree density, which will in turn help ensure that the springs that feed Hellertown’s water supply aren’t overtaxed.

“We’re taking part in a study now to see what that (optimum density) would entail,” Sufleta said. “We’re going to do this very properly and systematically.”

Other changes that have happened at the park aren’t as visible as the banded trees, but may be just as important in terms of its long-term viability.

Sufleta noted that last year, the HBA board voted to allow alcohol consumption by pavilion renters, which had never before been permitted. 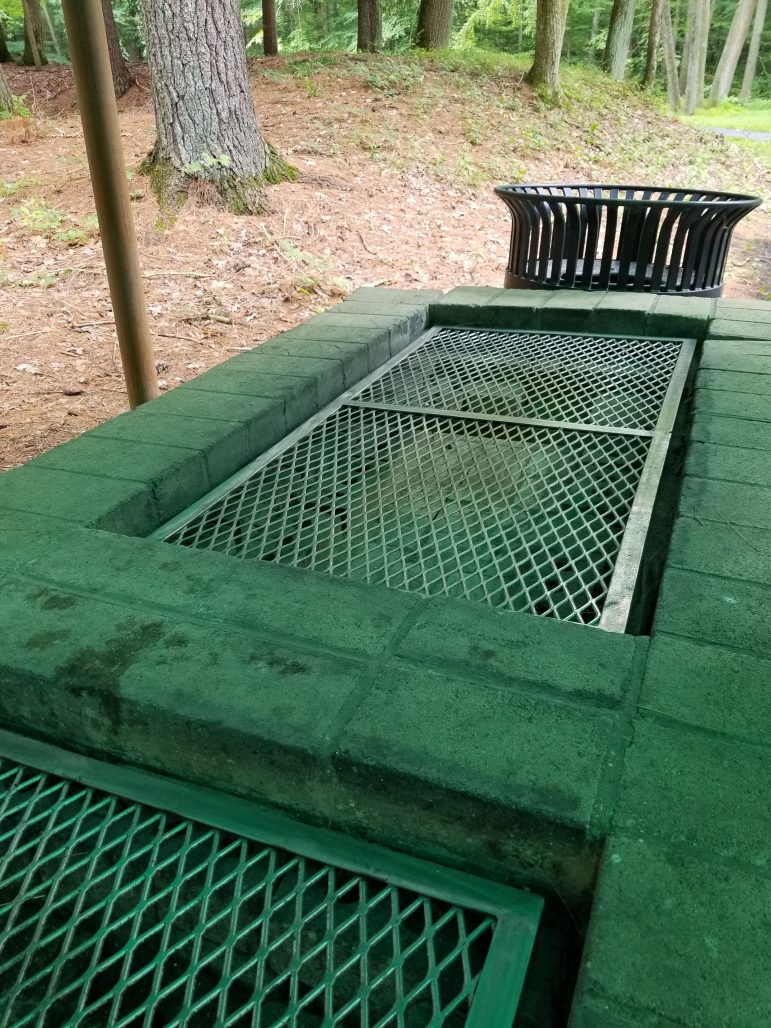 One of two grills at the park pavilion has already been repaired.

Consequently, the pavilion–which can comfortably seat dozens of people–was rented out for more weddings last year than it had been in the past.

The HBA also allows individuals who rent the pavilion to bring food trucks and other mobile attractions, such as a water slide, to the park.

Sufleta said she feels one of the few things the park may be lacking is a basic play area for kids, but in the future she believes one will be installed.

Wifi, too, is in the works.

Hellertown Borough Authority employees clean the pavilion before and after each event that is held there, and also open and close the park gate every morning and evening.

The cost to rent the pavilion is less on weekdays than on weekends, but is the same for residents and non-residents. More information as well as the permit application for the rental may be found on the HBA website or by calling the authority, Sufleta said.

Sufleta said she believes that with its convenient location and amenities that the park is a great option for area residents planning special events who want to enjoy them outside.

Sufleta is also encouraging HBA customers to enroll in the authority’s new ACH billing system, which allows for fee-free automatic debiting of a utility payment from a bank account on the due date. More information about that along with the form customers must complete may also be found on the HBA website. 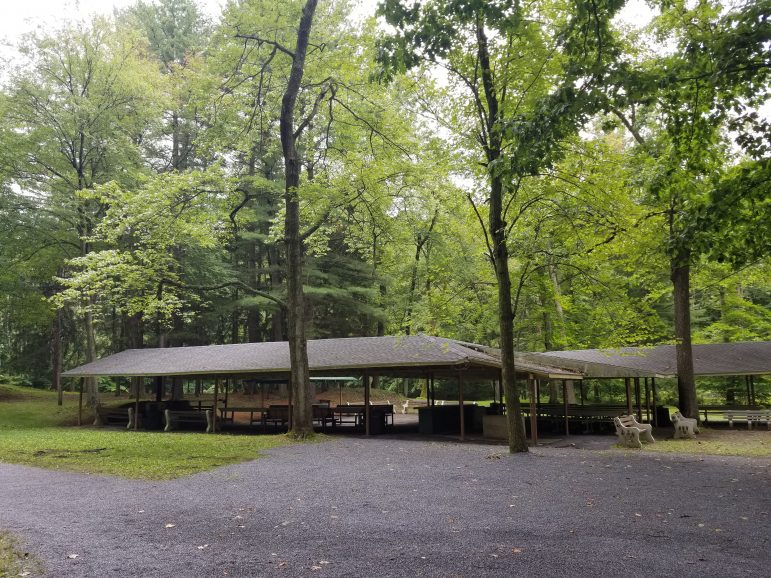 The 1950s-era pavilion is the centerpiece of Alfred J. Fritchman Reservoir Park on Reservoir Road in Lower Saucon Township. The park is owned by the Hellertown Borough Authority, which is in the process of making upgrades to it. 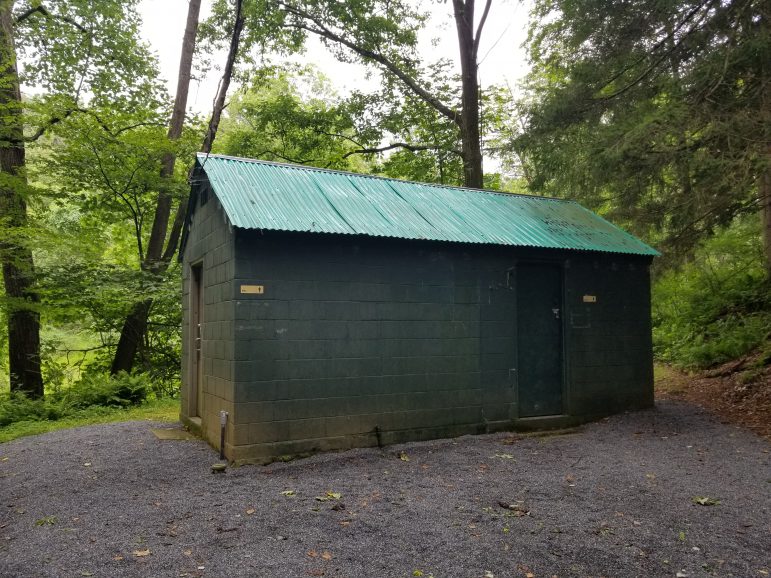 The park’s men’s and women’s restrooms are located down a path near the pavilion. 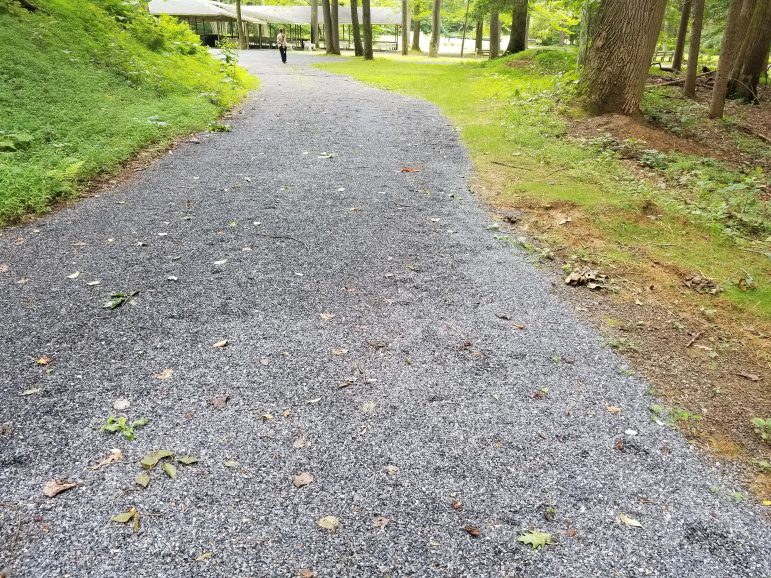 The park’s paths have been improved with the addition of crushed stone. 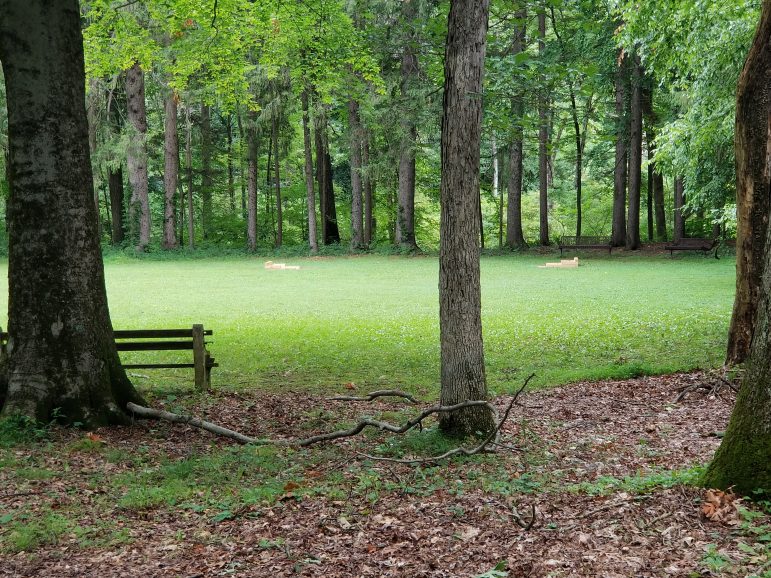 A local teenager, Braedon Easley, recently completed work on a horseshoe pit at the park as part of an Eagle Scout project. Easley’s father, Brandon Easley, is currently chairman of the Hellertown Borough Authority board of directors. 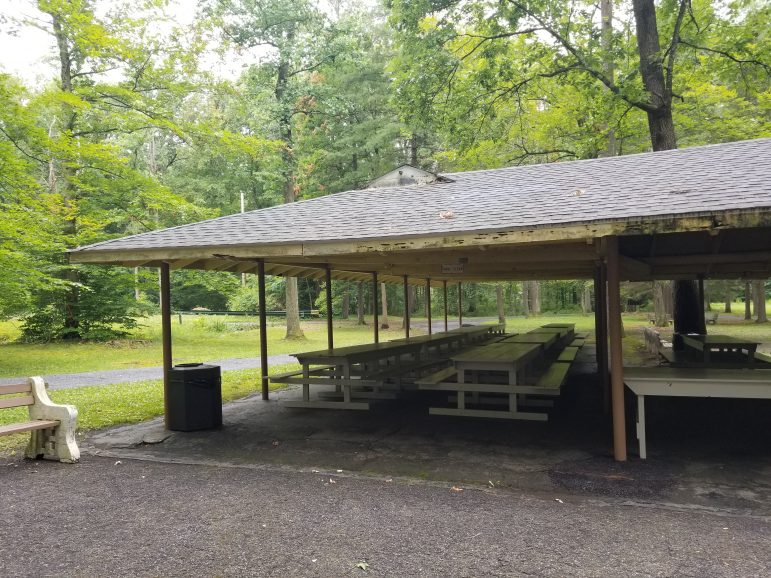 Although the park pavilion has deteriorated somewhat over the years, it received a new roof less than two years ago, thanks to the Hellertown Lions Club. The Lions developed the park and later deeded it to the Hellertown Borough Authority, which named it after board member and Lion Alfred J. Fritchman. 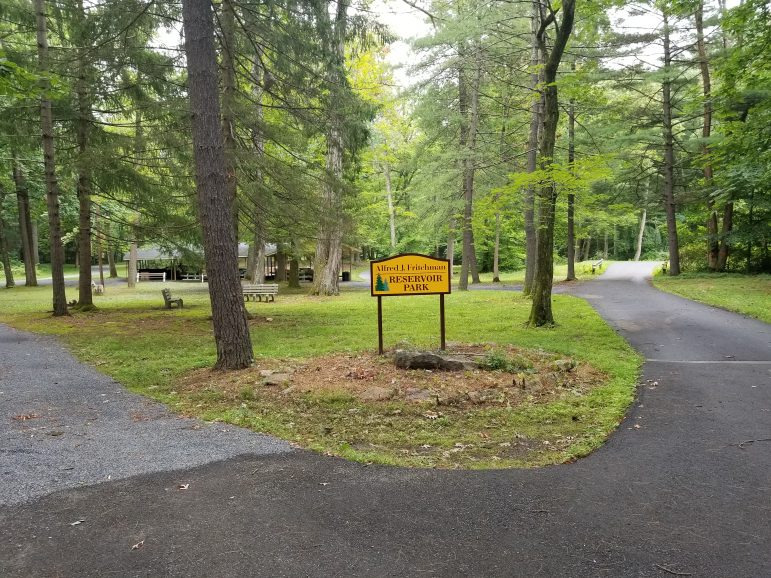 Although the parking area outside the Reservoir Park gate is small, HBA administrator Lauren Sufleta said there is plenty of parking for visitors on the fields within the park, which is located at 3400 Reservoir Road, Hellertown, Pa.