In our oldest “Olden Days” to date–by far–we examine an editorial published by an early Pocono newspaper in June 1840. Remarkably, the story is partly about an event that had occurred 27 years earlier in Hellertown, that being a celebration of Gen. William Henry Harrison’s defeat of British forces at the Battle of the Thames during the War of 1812.

Harrison, who in 1840 was running for president, was apparently facing an uphill battle in parts of Pennsylvania. The editor of the Jefferson Republican in Milford, Pike County, thus sought to support him by highlighting his earlier service to the country, and by calling out individuals who he felt were being disloyal to Harrison by minimizing his record and questioning his patriotism–all in the name of politics. (Editor’s Note: None of this sounds like something that could happen today, does it?) The anonymous editor of the Republican used a reference to the pro-Harrison celebration that had taken place in Hellertown a generation earlier as evidence in support of his turncoat theory.

The Hellertown-centric editorial apparently didn’t hurt Harrison the Whig Party candidate, because he went on to win Pennsylvania’s 30 electoral votes and the presidential election of 1840. In a cruel twist of fate, however, Harrison died of pneumonia on April 4, 1841, just 31 days after his inauguration, and achieved the ignominious distinction of being the shortest-serving president in American history. Students of local history may want to take note of the fact that the editorial references “Hellertown, Lower Saucon.” That’s because in 1840, Hellertown was a village and a part of Lower Saucon Township. It would not become an independent muncipality until 1872, when the Borough of Hellertown was incorporated. 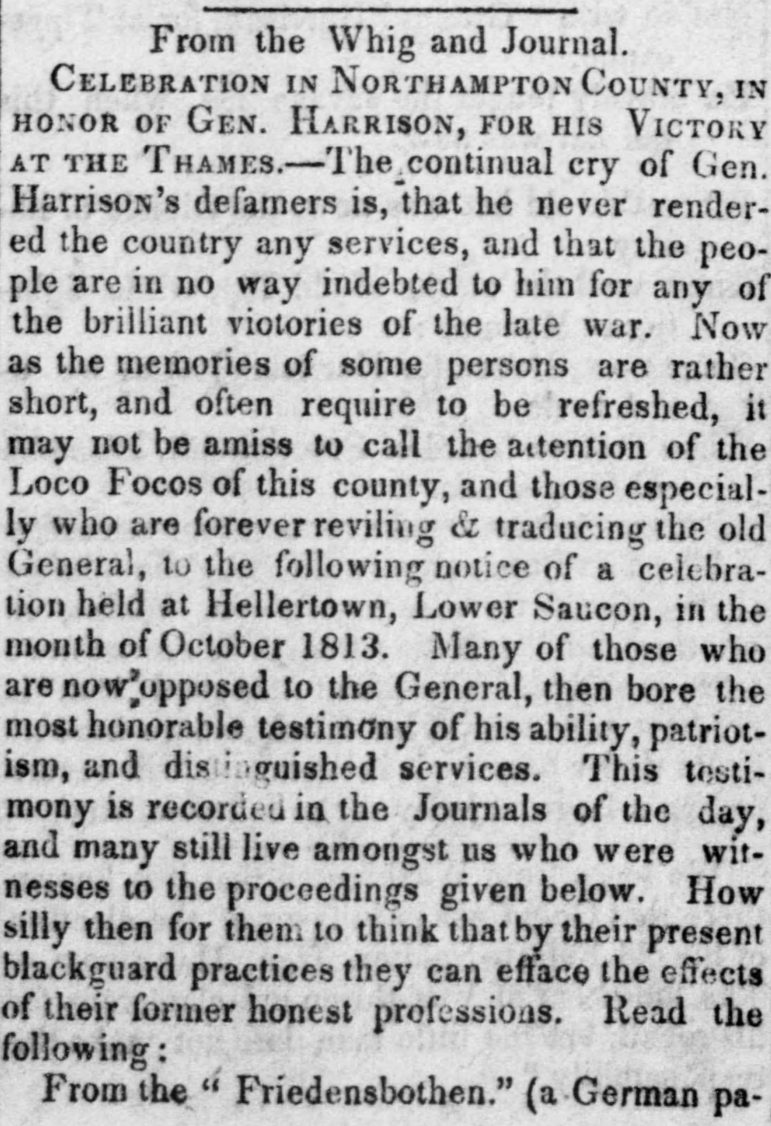 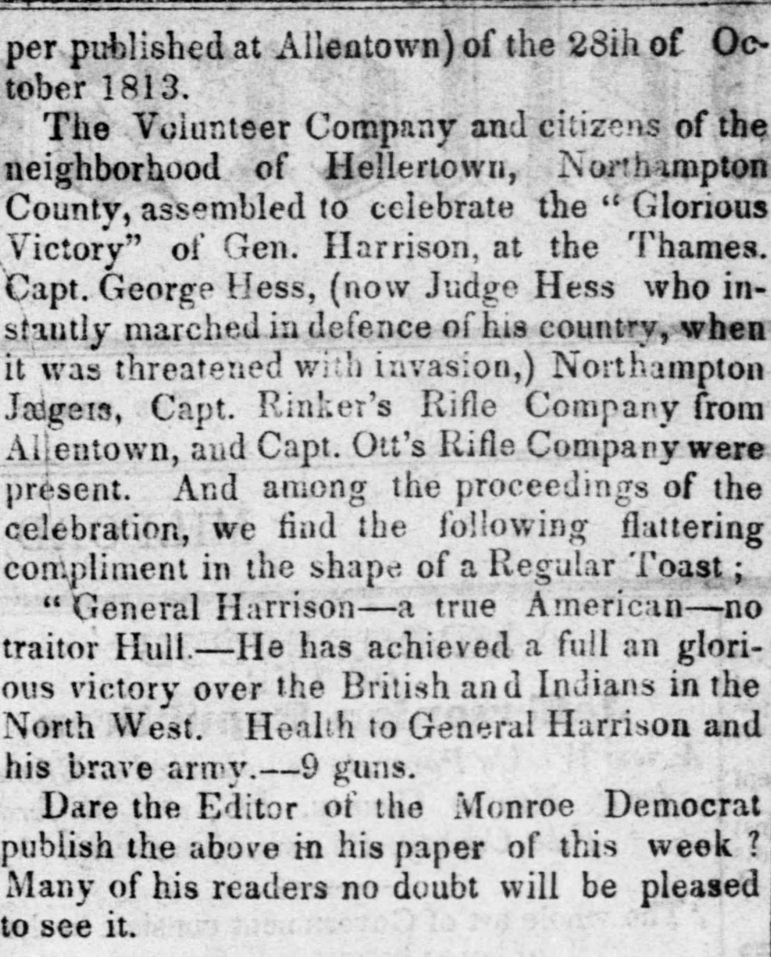 Former Salon & Spa at Promenade Shops: What Should Go There?