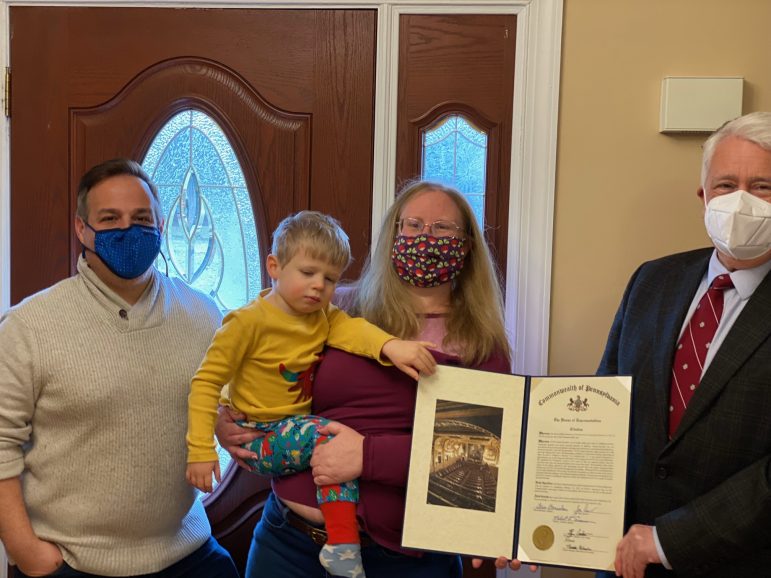 The Opthof-Cordaro family of Lower Saucon Township helped lead the push to have Feb. 24 officially recognized as SCN2A Awareness Day in Pennsylvania. The genetic mutation that is connected to the development of autism and other disorders affects their 4-year-old son, Lawrence. Pictured at right is state Rep. Steve Samuelson (D-135), who co-sponsored the bill that led to the recognition by the Pennsylvania state House of Representatives, presenting the family with an official citation.

A Lower Saucon Township family is celebrating official recognition of Feb. 24 as SCN2A Awareness Day in Pennsylvania and is hopeful the designation will bring more awareness to the SCN2A gene and the role scientists believe it plays in the development of autism and other neurodevelopmental and epilepsy disorders.

Victoria Opthof-Cordaro is mother of a four-year-old affected by the SCN2A genetic mutation, which she said in his case has resulted in autism, global developmental delay, feeding difficulties and hypotonia.

“SCN2A-related disorders affect patients in a wide spectrum ranging from severe, life-threatening conditions to intellectual disability, depending on where on the gene it is changed or mutated,” said FamilieSCN2A Foundation Executive Director Leah Myers, in a news release about the announcement. “Almost all patients will live a life completely dependent on others for their care and safety.”

“This recognition of Feb. 24 as Pennsylvania’s SCN2A Awareness Day will continue to help our efforts for early diagnosis, treatment and ultimately a cure to help those suffering from this devasting disorder,” Myers added.

“Our hope is through advocacy we can utilize the resources available in Pennsylvania to educate the medical community about recognizing and obtaining genetic testing for undiagnosed children with SCN2A,” said Opthof-Cordaro. “Many children like my son go undiagnosed, which is a significant barrier to available treatments and a future cure.”

The FamilieSCN2A Foundation is a nonprofit organization established to improve the lives of those affected by SCN2A related disorders; children like Lawrence Opthof-Cordaro.

The SCN2A Foundation and its mission were first brought to the attention of the Pennsylvania State House by the Opthof-Cordaro family, the news release said, where their effort to recognize Feb. 24 was sponsored by state representatives Steve Samuelson (D-135th District), Robert Freeman (D-136th District) and Joe Ciresi (D – 146th District).

Sodium ion channels play a key role in a cell’s ability to generate and transmit electrical signals, and when there is a deletion or mutation of the SC2NA gene it has been shown to cause autism, epilepsy and other neurological issues such as movement disorders, dystonia and dysautonomia, it added.

The FamilieSCN2A Foundation was founded in 2015 with less than 100 families and now represents more than 1,000 families from around the globe who will observe Feb. 24 as International SC2NA Awareness Day.

The organization not only offers direct support to the families affected by this devastating disorder, but is also the largest non-government funding source for SCN2A research through grassroots fundraising. For more information about it, visit www.scn2a.org. 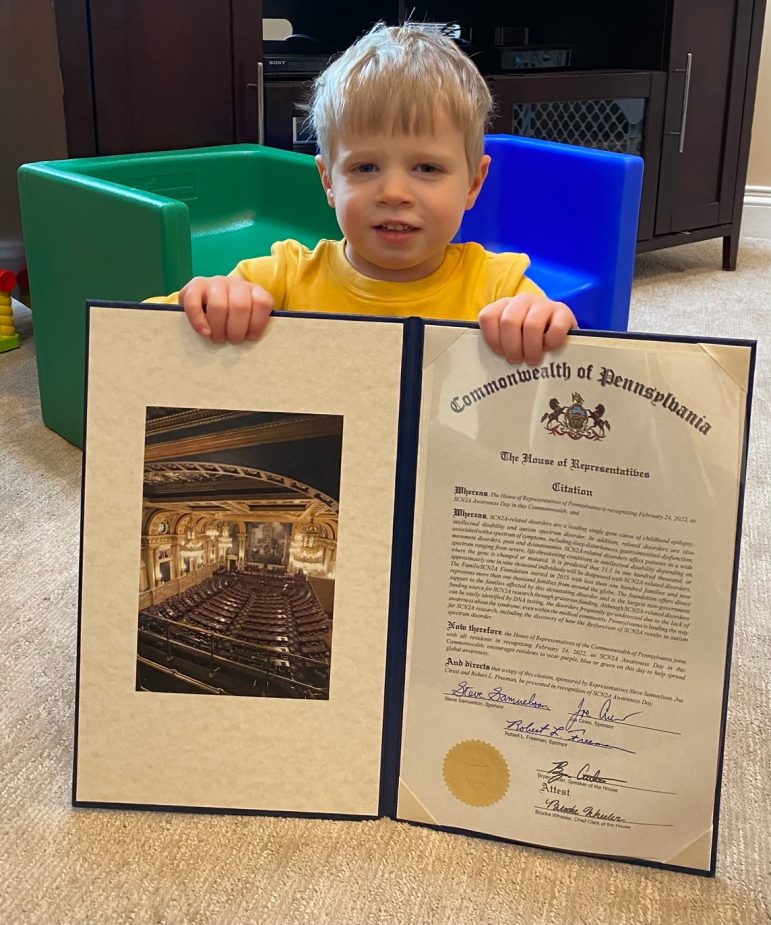 Four-year-old Lawrence Opthof-Cordaro of Lower Saucon Township holds the Pa. House of Representatives citation announcing the official recognition of Feb. 24 as SCN2A Awareness Day in the Commonwealth of Pennsylvania. 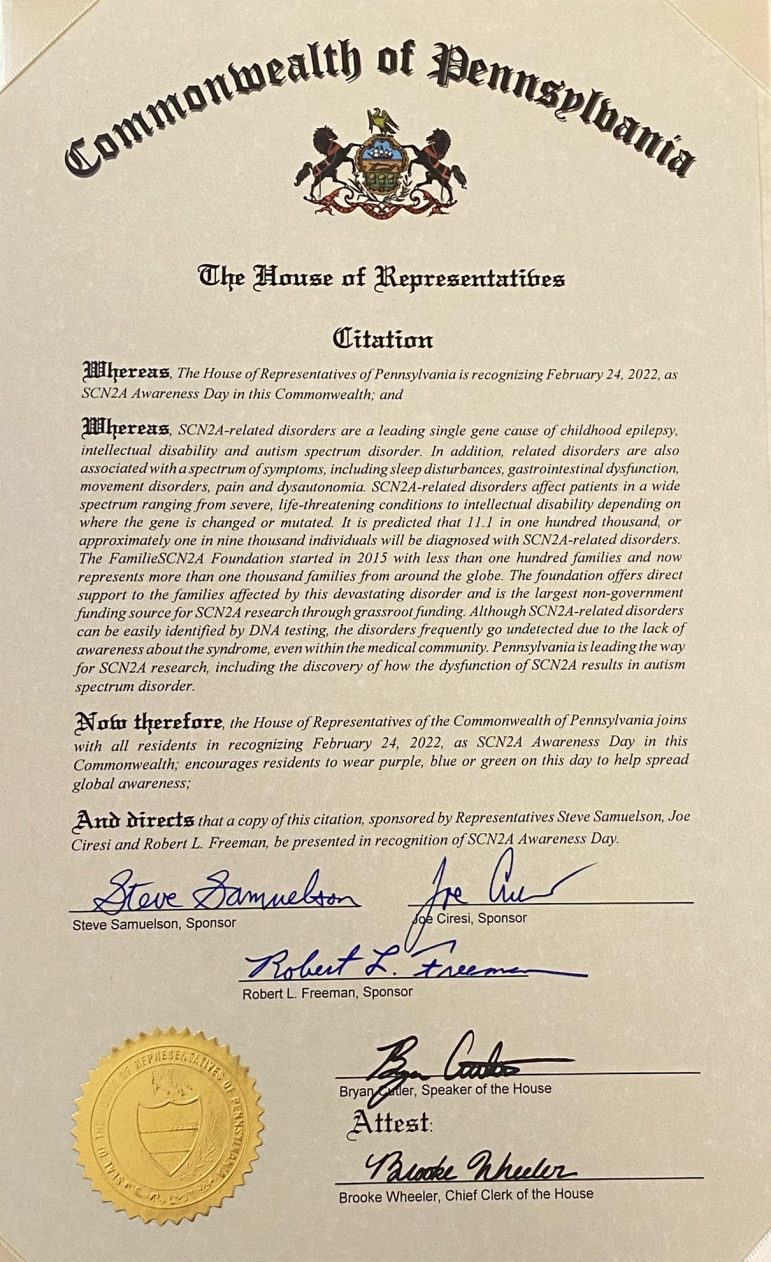