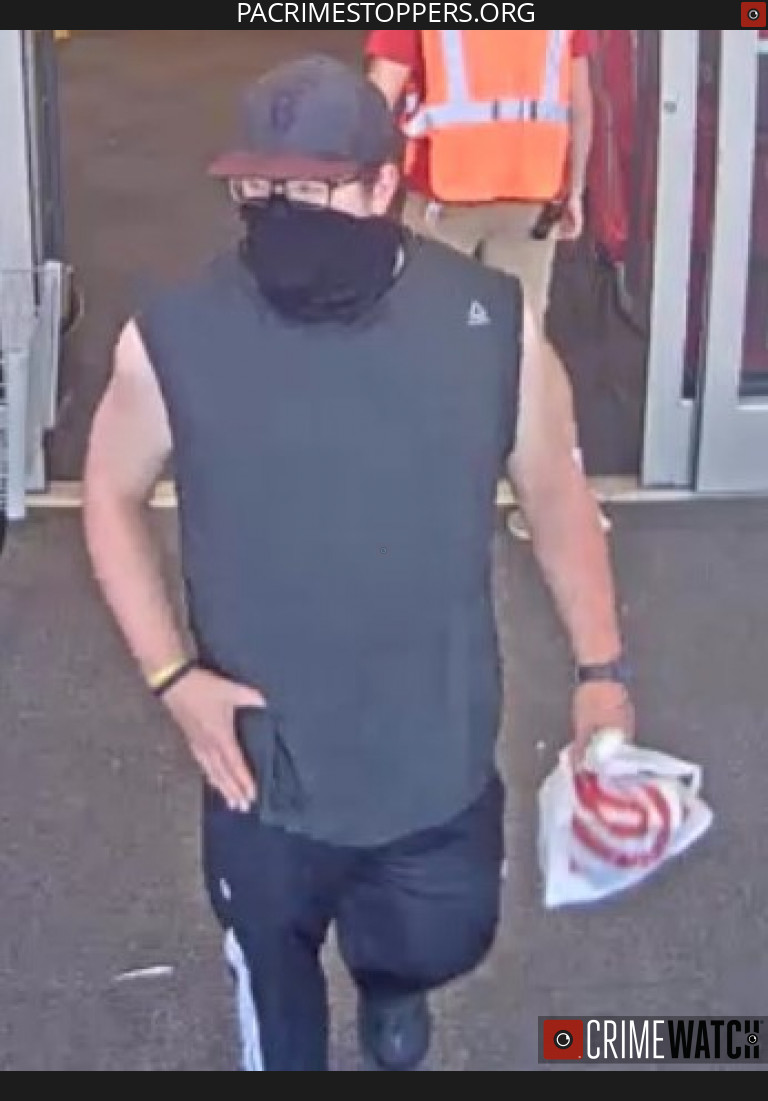 In their Crimewatch post, police and Pennsylvania Crime Stoppers shared a number of photos of the suspect in the thefts from the Target store in Richland Township. In all but one of the photos (see below), the man is wearing a face covering.

Police and Pennsylvania Crime Stoppers are asking for the public’s help identifying a suspect in numerous thefts from the Target store on N. West End Boulevard (Rt. 309) in Richland Township, Bucks County.

In a post on Crimewatch Thursday, the suspect was described as a white male who is known to drive a newer model dark grey sedan, which police said may be a Honda Civic.

According to the post, the vehicle displays an unknown registration and is missing the hubcap on its driver’s side front wheel.

The man who is suspected in at least seven retail thefts from the store between Feb. 26 and May 16 has a modus operandi that has so far allowed him to steal nearly $1,000 worth of merchandise without being apprehended, authorities said.

According to the Crimewatch update, after entering the Target the man often proceeds to the electronics department, where he selects an item, removes its security tag and then conceals the item on his person before leaving.

Anyone with information related to this case is asked to contact Ofc. Joshua Fonseca of the Richland Township Police Department at 215-539-9500, ext. 313, or Pennsylvania Crime Stoppers at 1-800-4PA-TIPS (8477) or online. All callers to Pennsylvania Crime Stoppers remain anonymous and could be eligible for a cash reward for information that leads to an arrest, the solving of a crime/cold case or the location of a wanted person/fugitive or missing person. 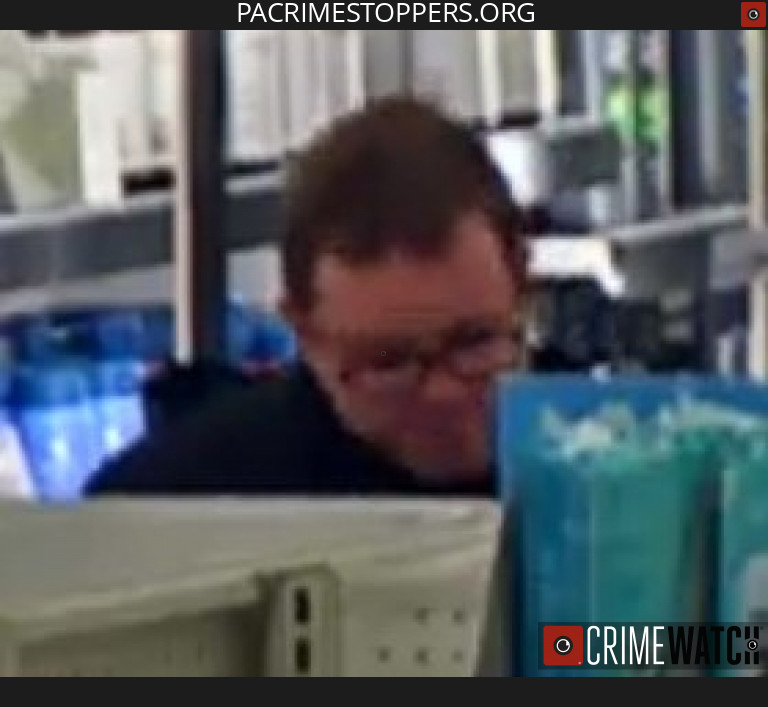 Police said the suspect in the thefts is a white male who drives a newer model dark grey sedan that may be a Honda Civic. 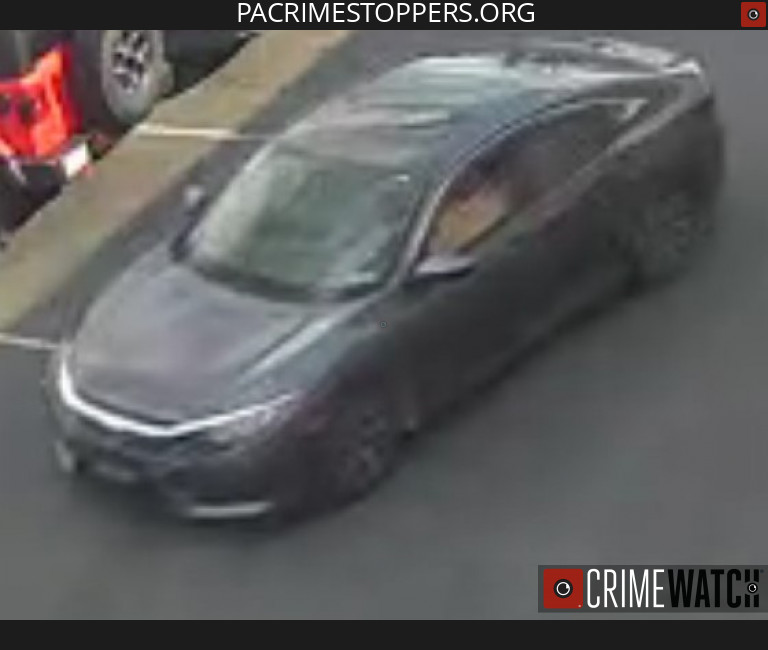 Police and Pa. Crime Stoppers shared this store security photo of the suspect’s vehicle, which may be a newer Honda Civic.