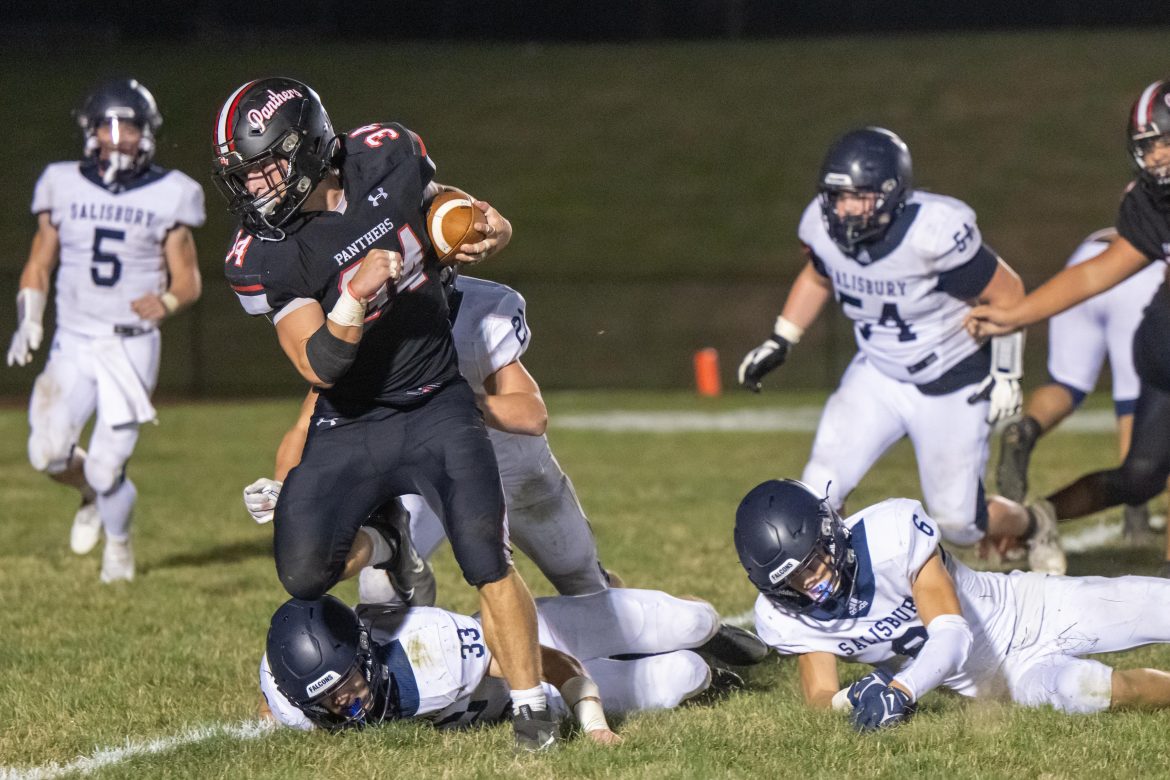 When Saucon senior running back Ty Pfizenmayer (34) runs the football, he often leaves a mess behind.

The second week of the 2022 high school football season paired the hometown Panthers with the Salisbury Falcons.   Both teams dropped their season openers.  Saucon fell 41-34 to the Notre Dame Crusaders.  Salisbury lost 20-13 to Panther Valley.  Last year the Panthers defeated the Falcons 31-14. The stakes were high with both teams searching for their first win of the season.

For the second week in a row Saucon Valley received the kickoff and manufactured an impressive opening drive.  For the second week in a row, the Panthers coughed up the ball in the shadow of the opponent’s goal post.  Kick-started by Landon Beckoswki’s kickoff return out to the Panther 44-yardline, Saucon Valley continued deep into Falcon territory with six different Panthers carrying the ball.  Highlighted by Josh Torres’ 16-yard run and a 15-yard connection between Travis Riefenstahl and Alex Magnotta, Saucon faced 2nd & goal at the Salisbury 3-yardline.  For the second week in a row however, Riefenstahl fumbled the ball away.  The Panthers came up empty after the  nine-play drive and the Falcons were gifted a 1st & 10 going the other way.

Salisbury’s offense sputtered and punted the ball right back to the Panthers after going 3-and-out.  Saucon Valley’s offense was back in business at the Falcon 45-yardline after a 15-yard punt return by Jack Robertson. 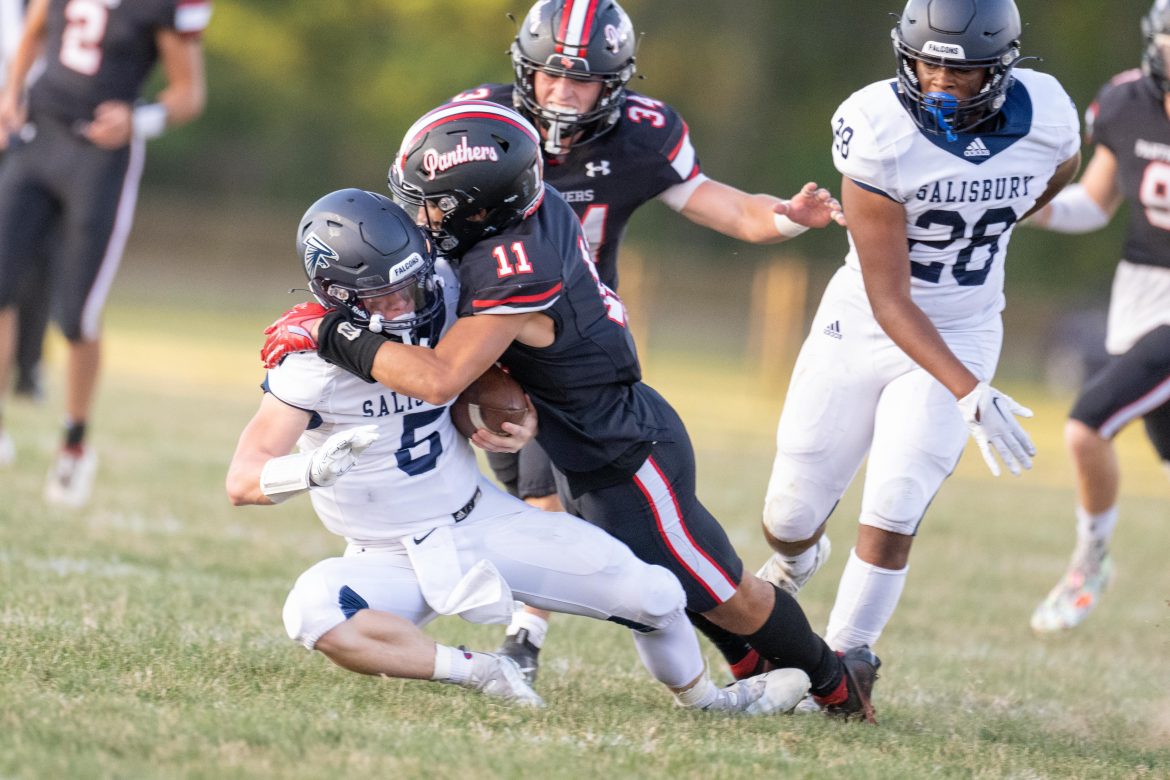 The Panthers Josiah Hernandez (11) sacks Nick Beck from his linebacker position to force a Falcon punt.

The Panthers wasted little time advancing deep into Falcon territory.  Once again, however, Saucon Valley came up empty.  This time the Panthers could not cash in on 1st & Goal from the Falcon 2-yardline.  What looked liked a sure Braden Weiss touchdown catch on 4th & goal for Saucon ended up incomplete in the back of the end zone.  For the second consecutive drive, the Panthers had nothing on the scoreboard to show for their offensive efforts.

Salisbury went on to take advantage of the Panther misfortune six plays later when Josh Brooks popped a seam on the left side of the Panther defense and scampered for a 48-yard touchdown run.  Following the extra-point Salisbury led the Panthers 7-0 with 10:31 remaining in the first half. 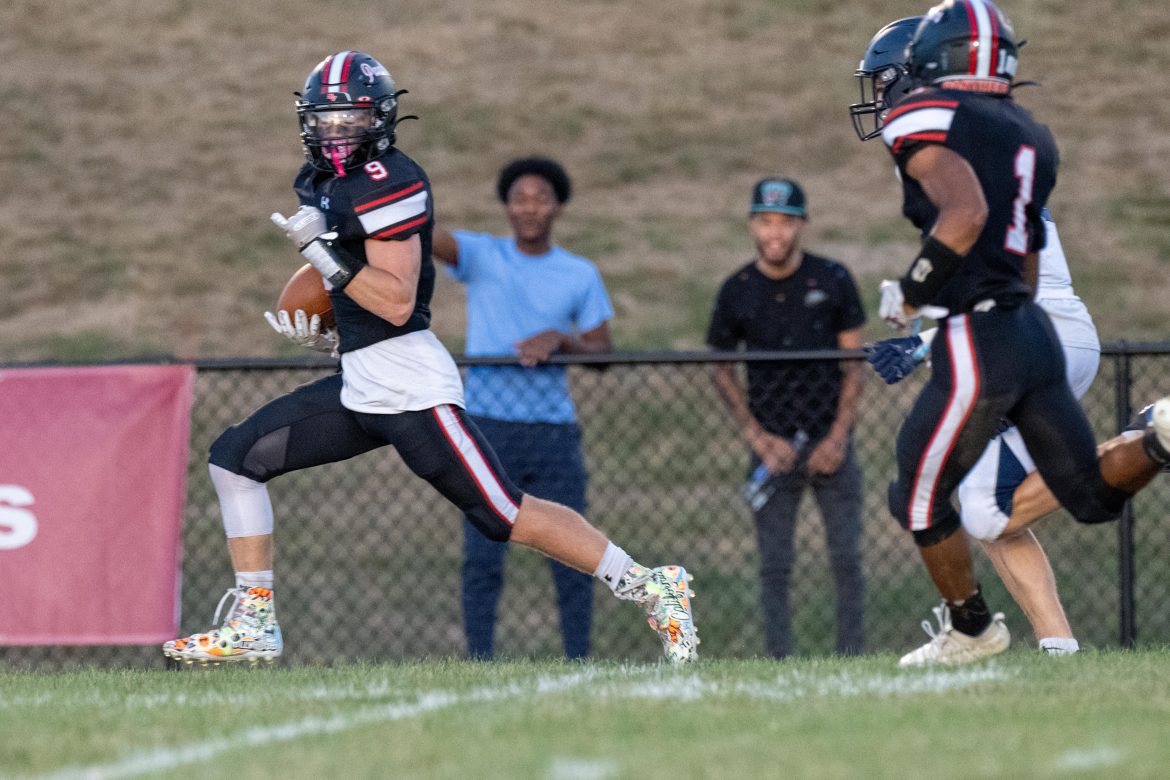 Saucon sophomore Jared Rohn (9) came up big for Saucon valley with his 64-yard catch and run.

Two plays after Ray Santiago’s kickoff return to the Panther 35-yardline, the Panthers roared right back. Saucon quarterback Travis Riefenstahl dropped back to pass but was forced to scramble to his right where he found Jared Rohn streaking down the sideline in front of the Falcon bench. Rohn made a great catch and rambled to the 1-yardline for a 64-yard gain.  On the very next play Riefenstahl took the plunge into the end zone behind quality blocks from Rohn, Ty Pfizenmayer and the left side of the Panther offensive line.  Braeden Schriffert’s PAT proved to be the last point scored in the first half.  With the score knotted at 7-7, both teams headed to their locker room for the halftime break.

Saucon Valley’s defense set the tone to start the second half by forcing another Falcon 3-and-out.  The Panther offense was again on the move following a couple of runs by Josh Torres and a 21-yard hook up between Riefenstahl and Jack Robertson.  However, a bizarre delay may have cooled the Panthers when a remote controlled drone appeared flying all over the playing field and around the stadium complex.  In the interest of safety play was halted and the teams headed back into their locker rooms. 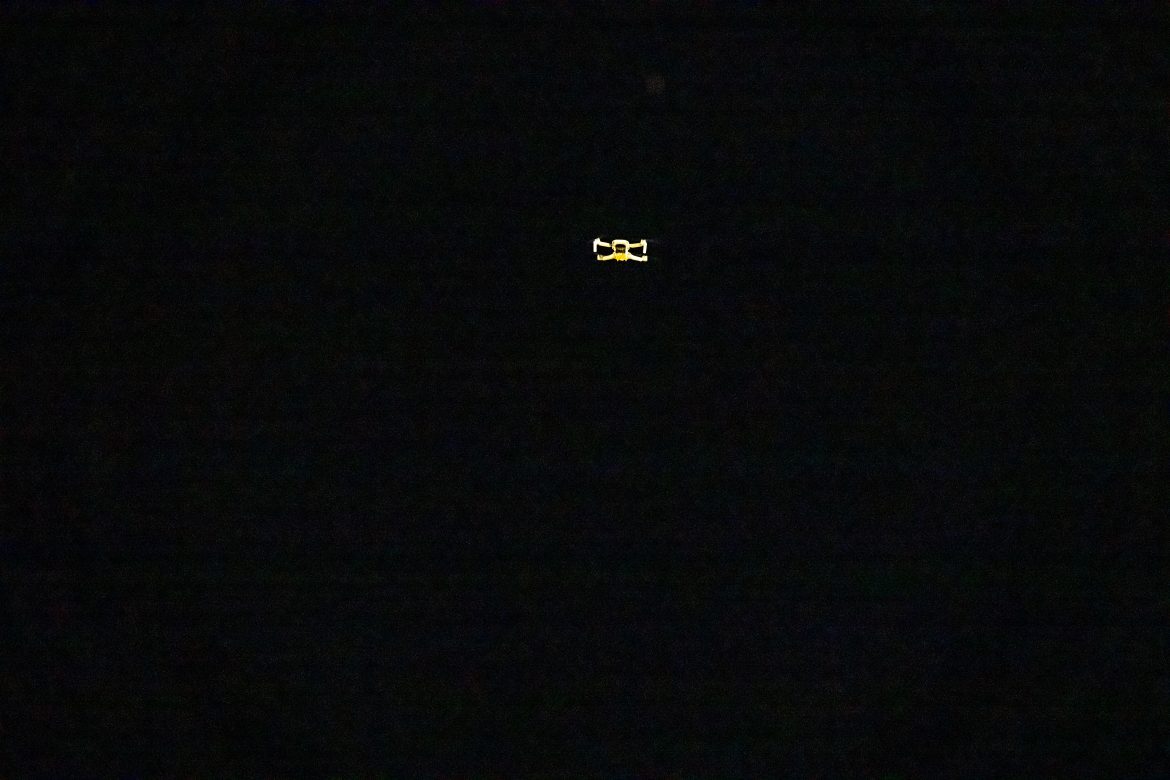 Play was suspended halfway through the third quarter due to a mysterious drone flying around the stadium and playing field area.

After a thirty minute “drone delay”, the Panther offense looked to keep their drive going from the Falcon 32-yardline.  On the very first play after the delay Riefenstahl tried to finesse a pass over the middle to Alex Magnotta.  However, Falcon linebacker Kyle Upshaw was able to fully extend and pick off the pass attempt.  Upshaw returned the interception to midfield before being tackled.

The Panther defense pitched another 3-and-out allowing the offense to chunk their way down the field for points.  Pfizenmayer, Rohn and Torres all chipped in with sizable runs while Weiss and Magnotta accounted for 40 yards with a reception each.  Magnotta’s seam route was good for 26-yards down to the Falcon 1-yardline.  On the very next play, Pfizzy powered his way into the end zone off left tackle.  Schriffert hit his extra-point and Saucon Valley closed out the third quarter with a 14-7 lead. 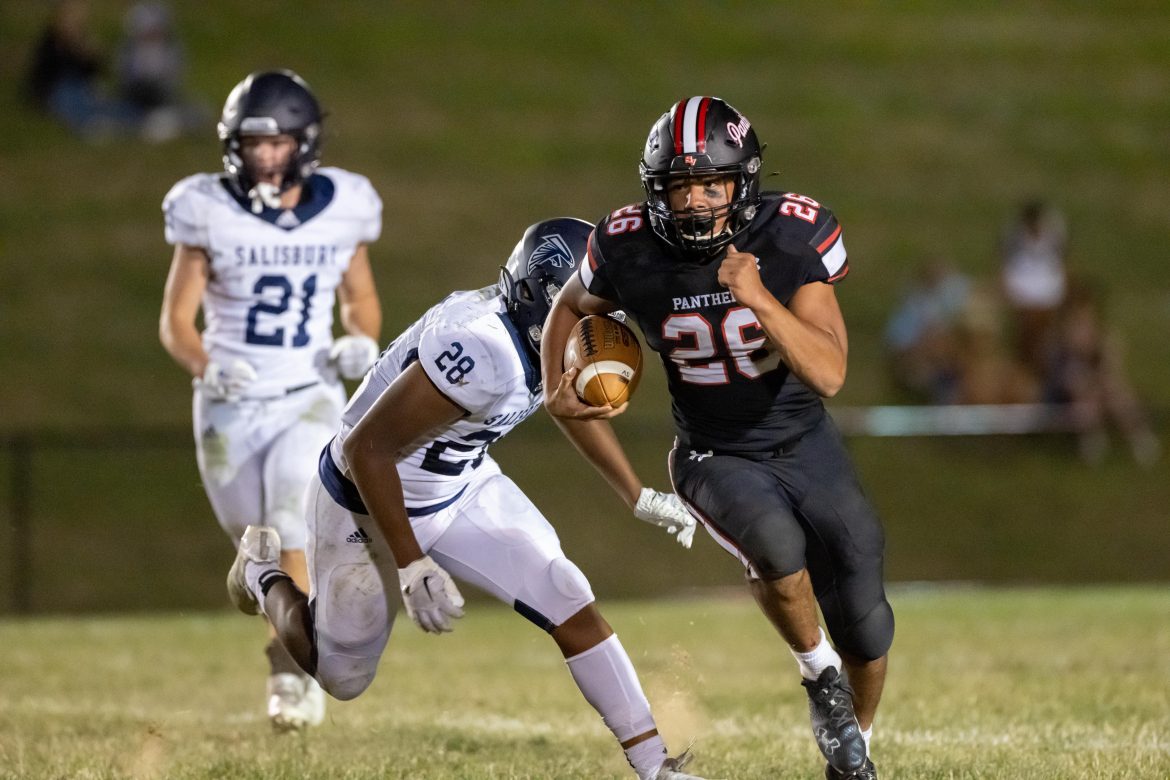 Senior Josh Torres with an explosive run for the Panthers.

The Salisbury offense was able to pick up a first down on their next possession but a couple of fumbles and a tidal-wave of a sack by the entire Panther defensive line forced a Falcon punt from their own 35-yardline.  The punt, however, was smothered by Josiah Hernandez and recovered by Jared Rohn at the Falcon 20-yardline.  Five plays later, Ty Pfizenmayer followed a slick 23-yard rush by Josh Torres with a 2-yard touchdown run.  The PAT was unsuccessful, but with 6:03 remaining in the game, Saucon took a 20-7 lead.

Salisbury tried to respond with a drive that reached the Panther 26-yardline, but they could not convert a 4th & 8 with 3:09 left to play.

Then, on 1st & 10 for the Panthers from their own 25-yardline Riefenstahl popped a 18-yard run around the right side of his line.  The very next play, Pfizenmayer powered to his right, bounced outside and sprinted 57-yards for the nightcap.  It was Pfizenmayer’s third TD run of the game.  Braeden Schriffert made good on the PAT and Saucon Valley closed out the Salisbury Falcons with a 27-7 victory. 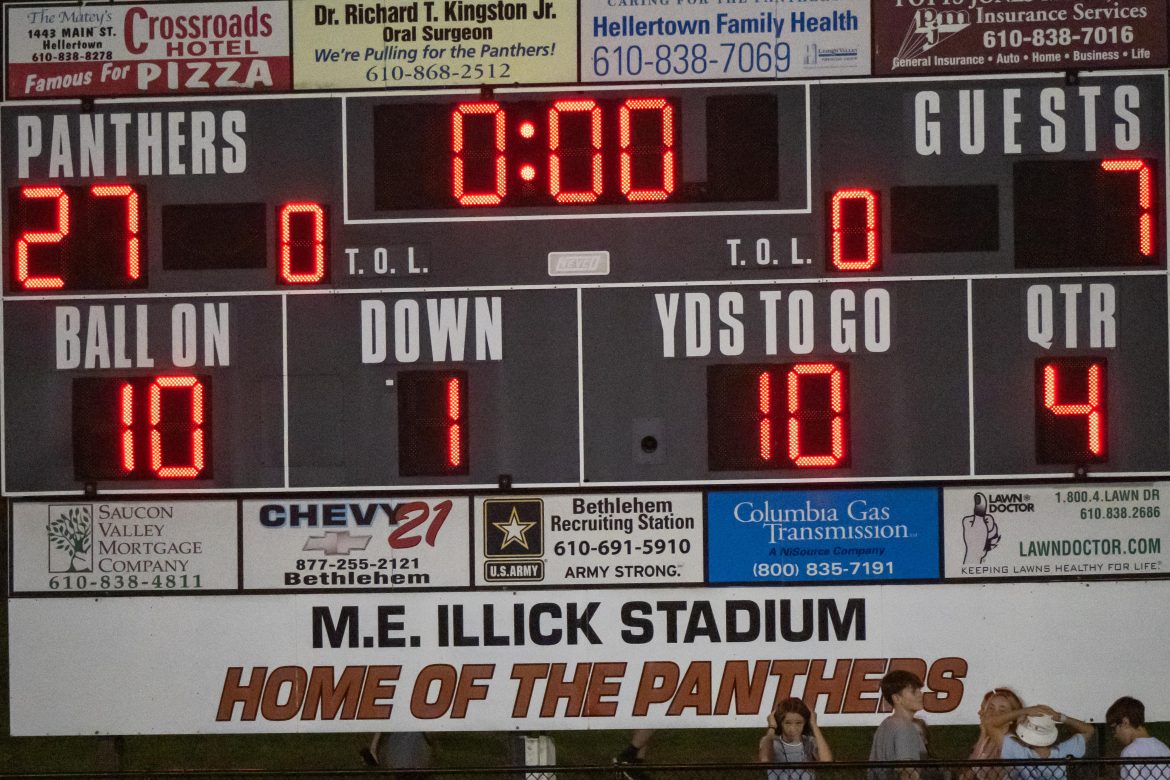 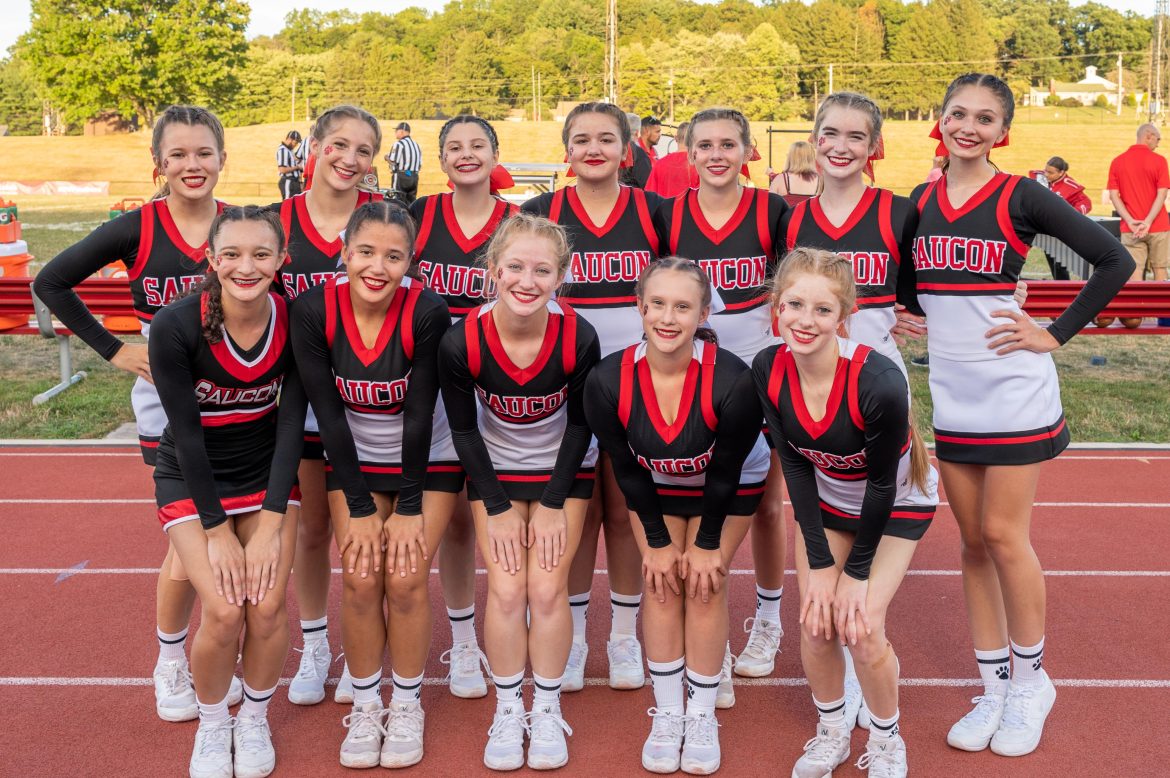 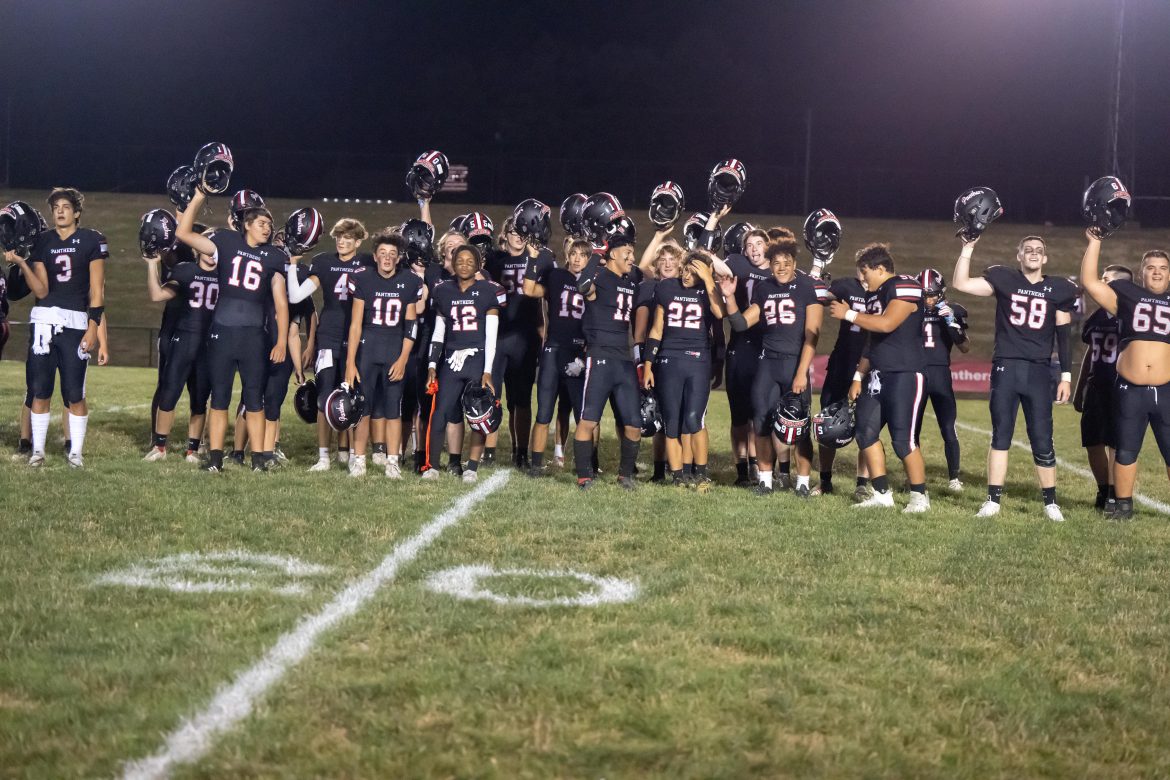 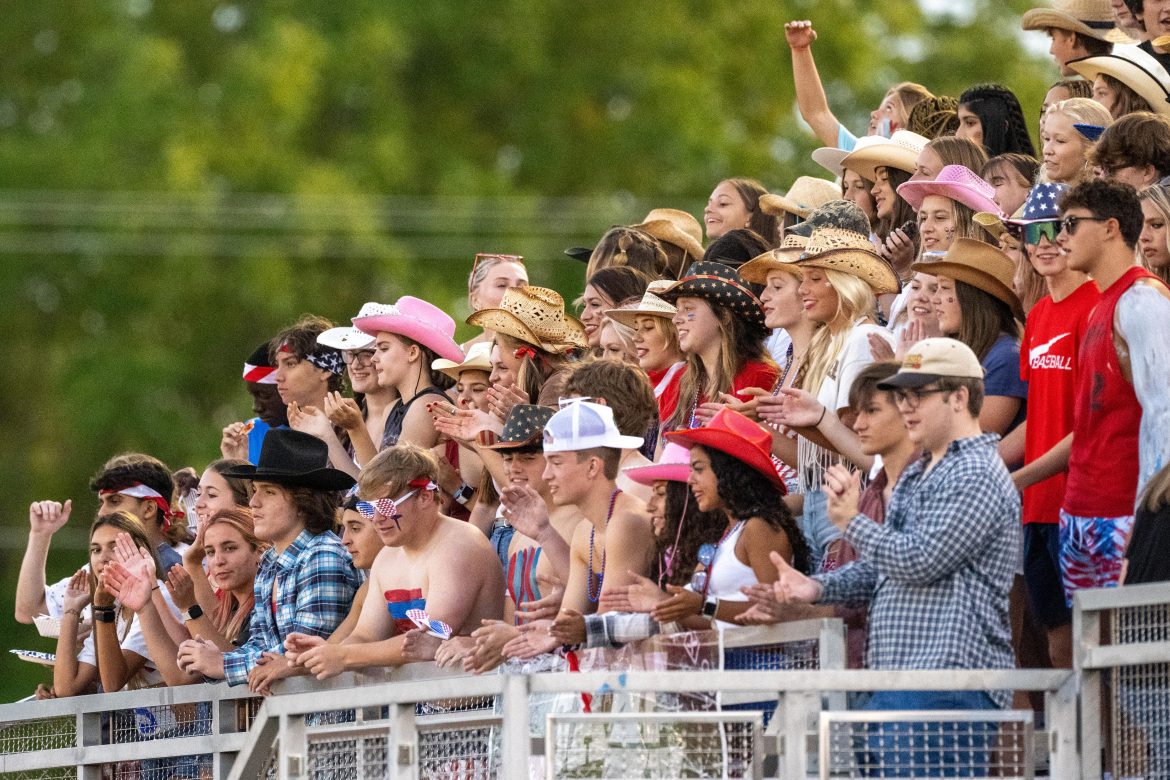 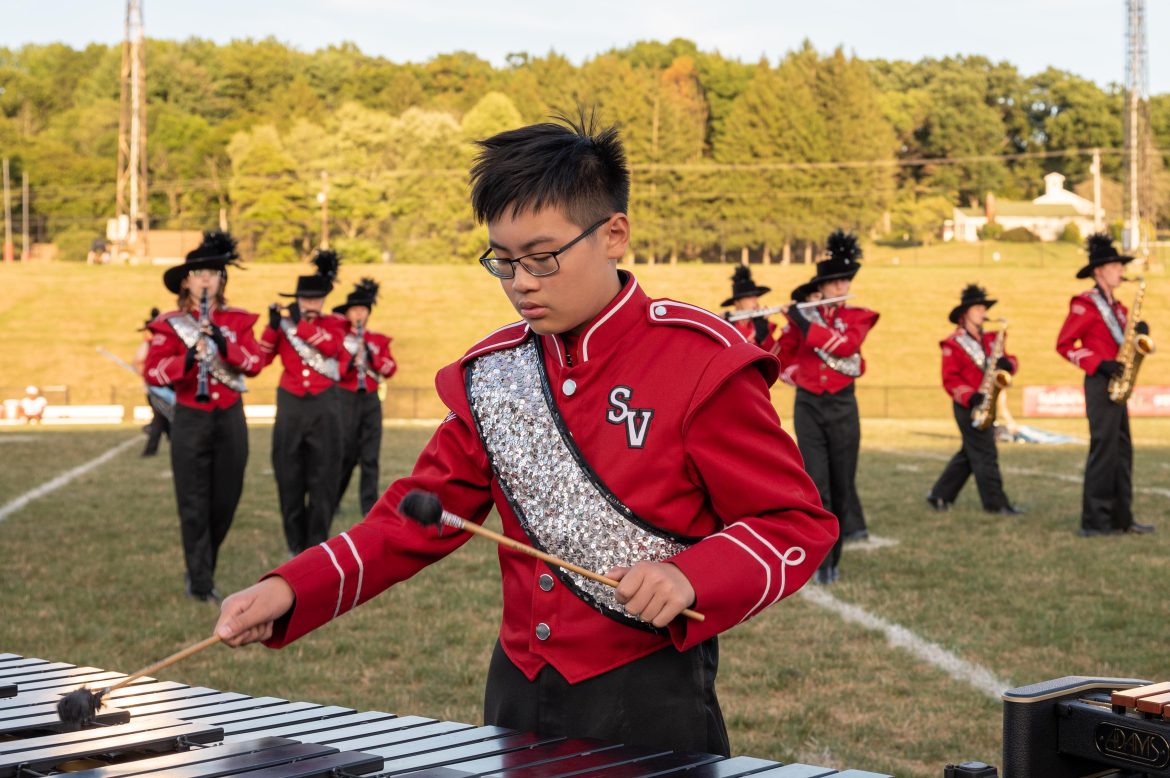 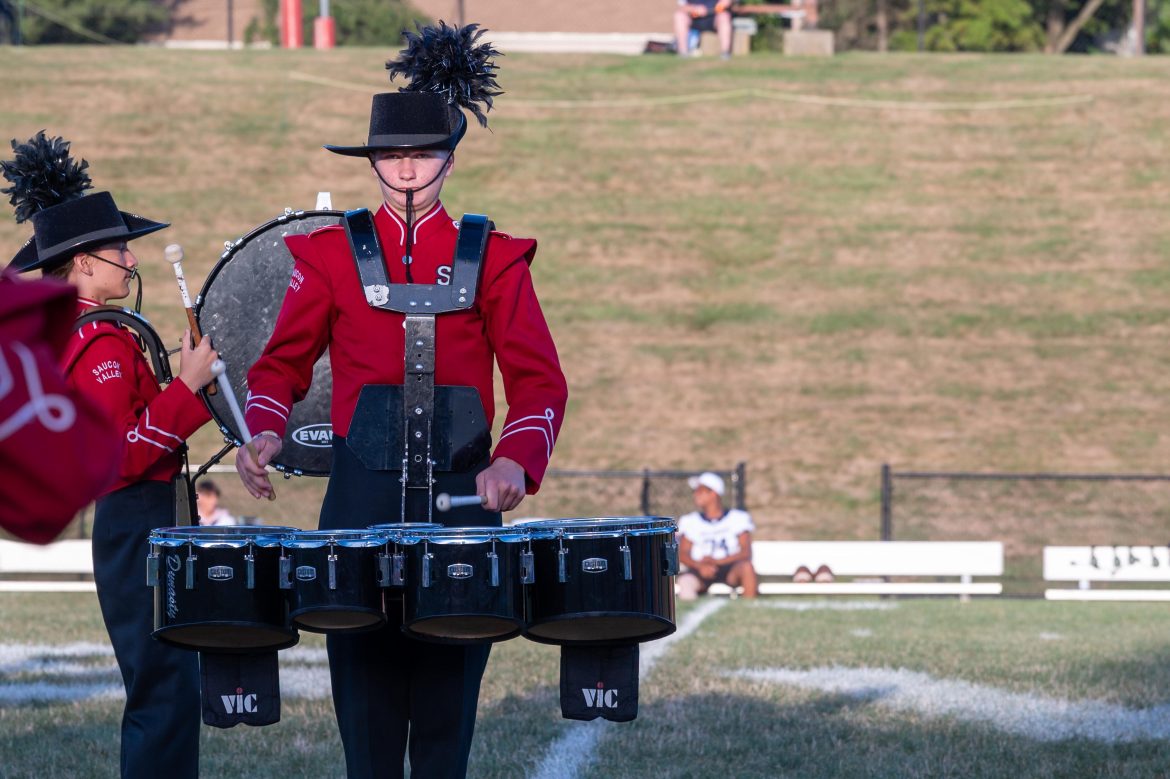 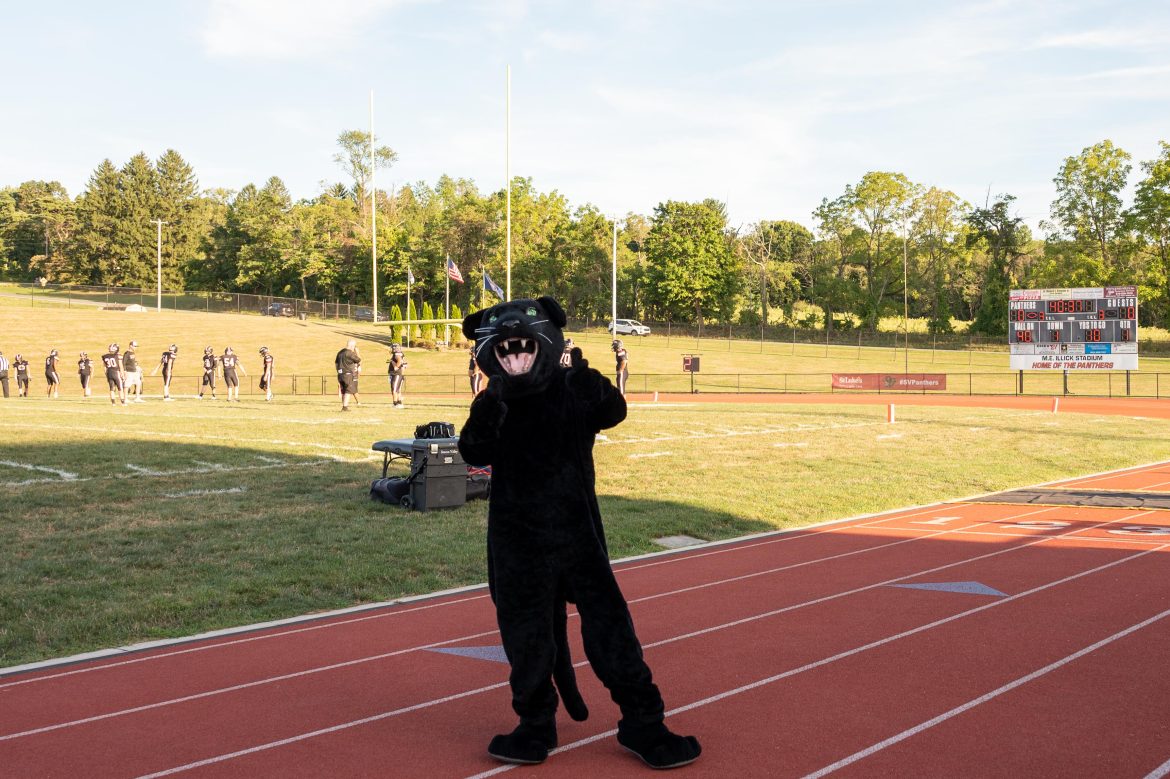 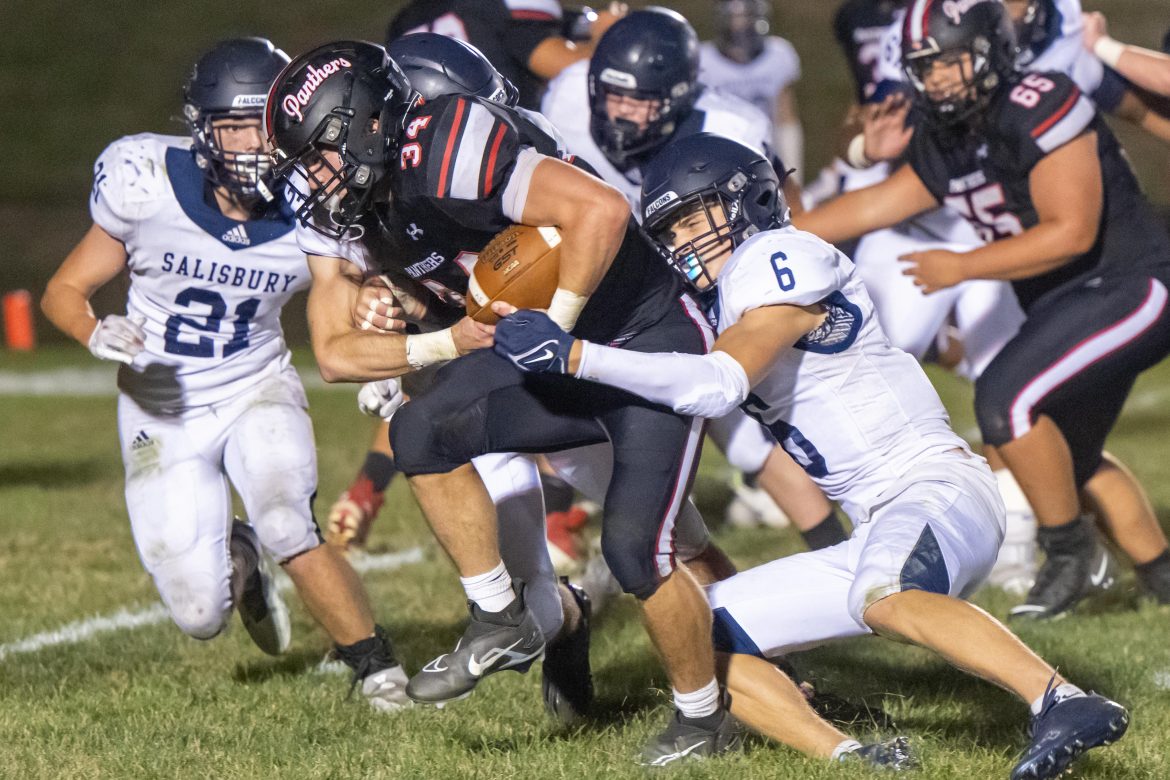 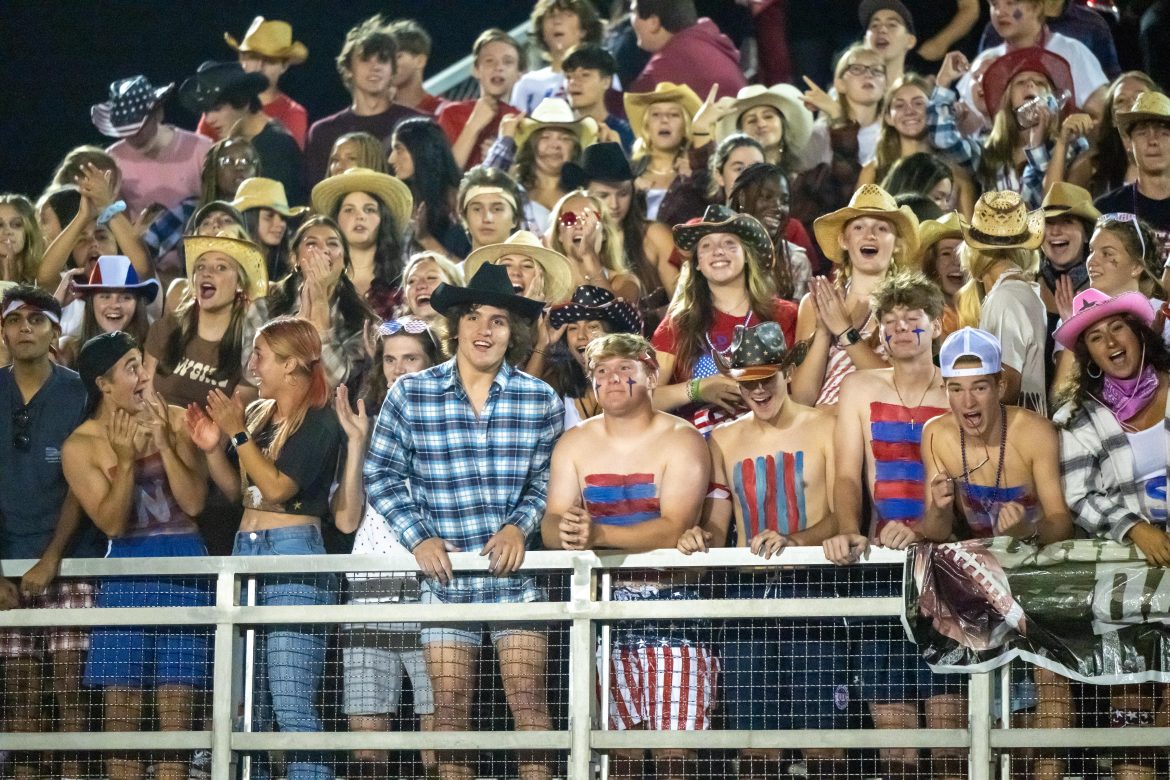 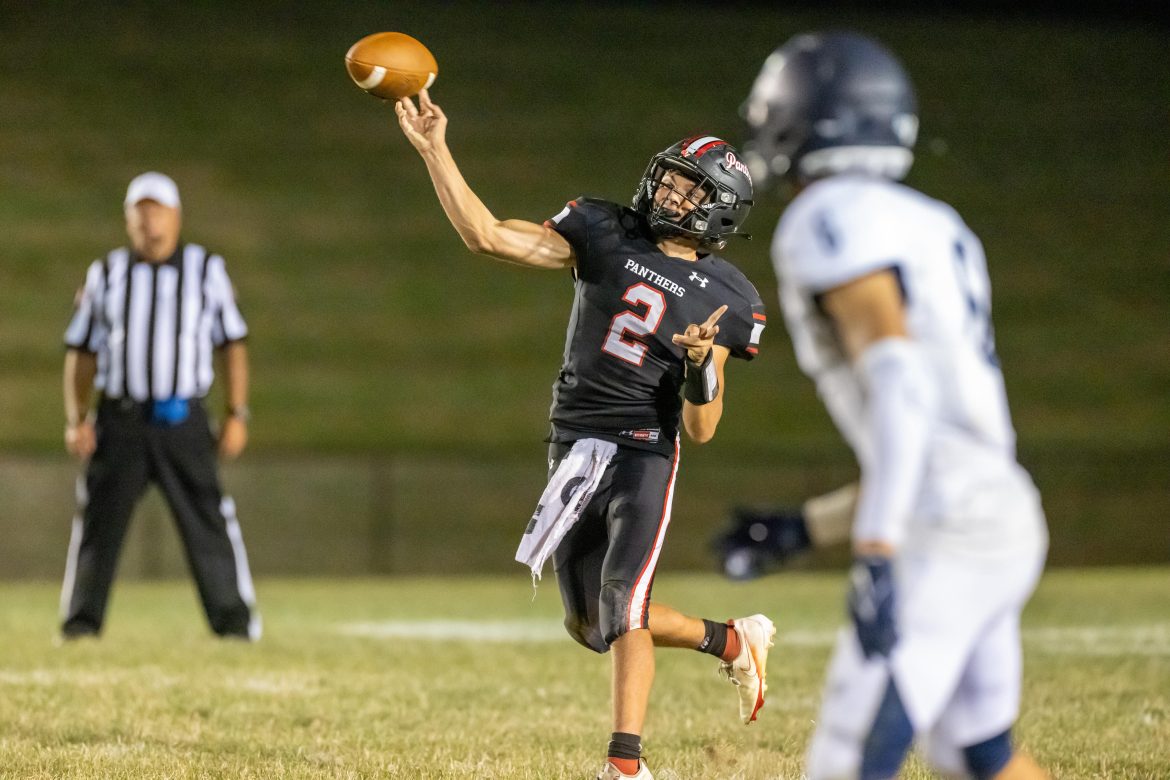 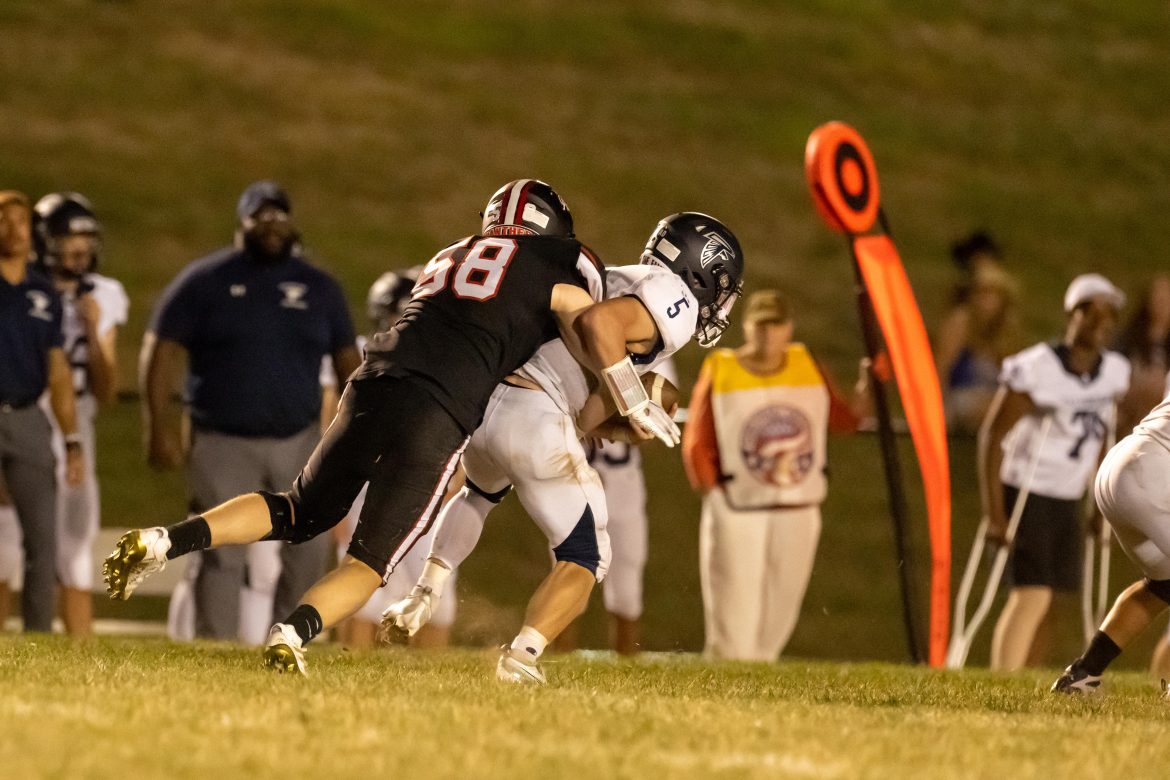 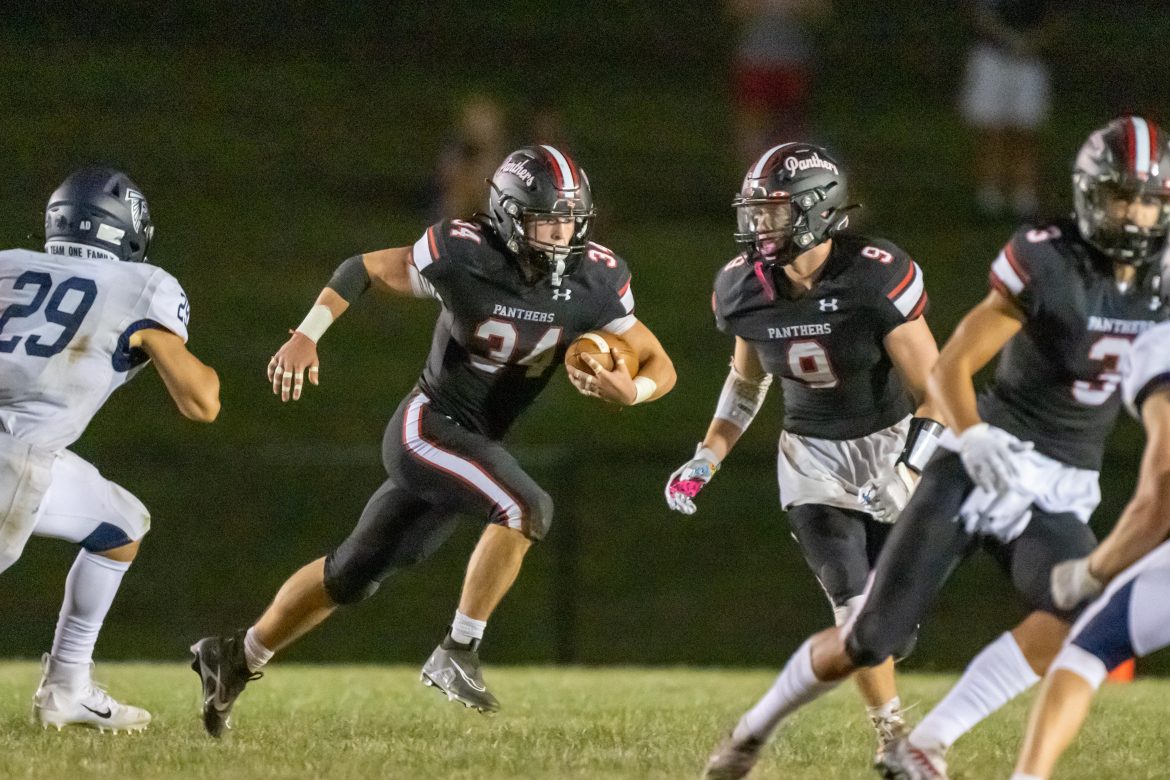 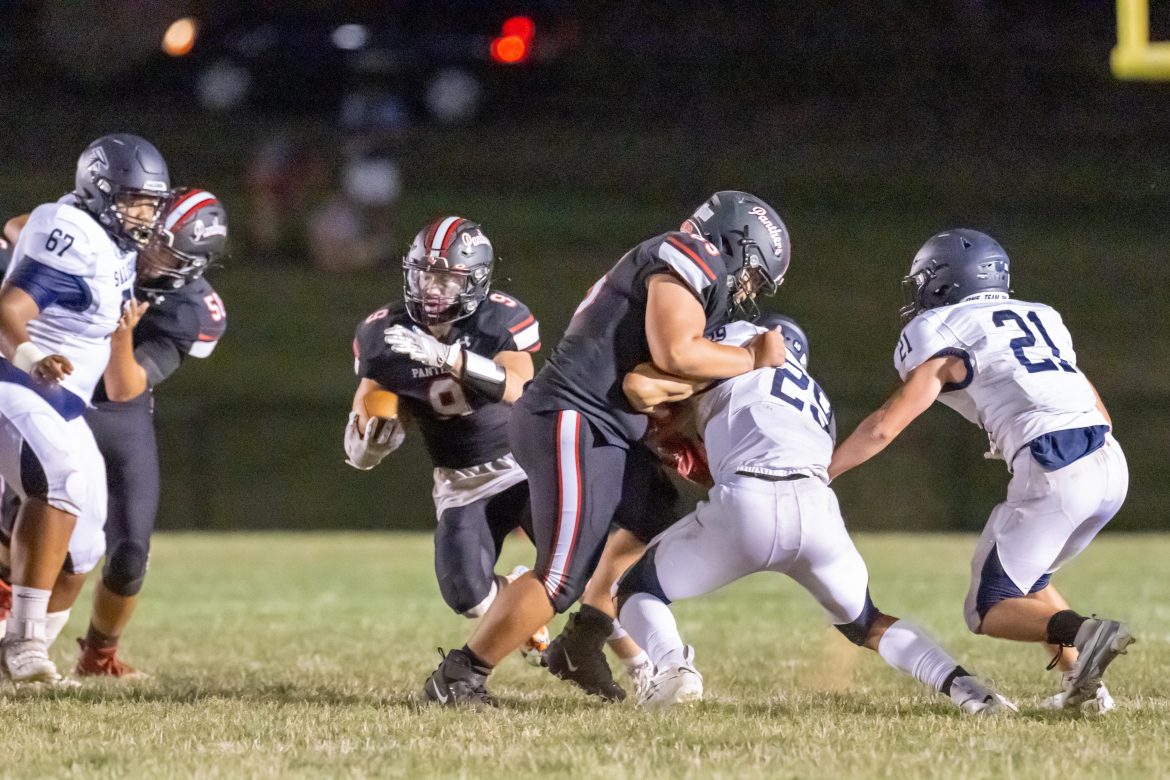 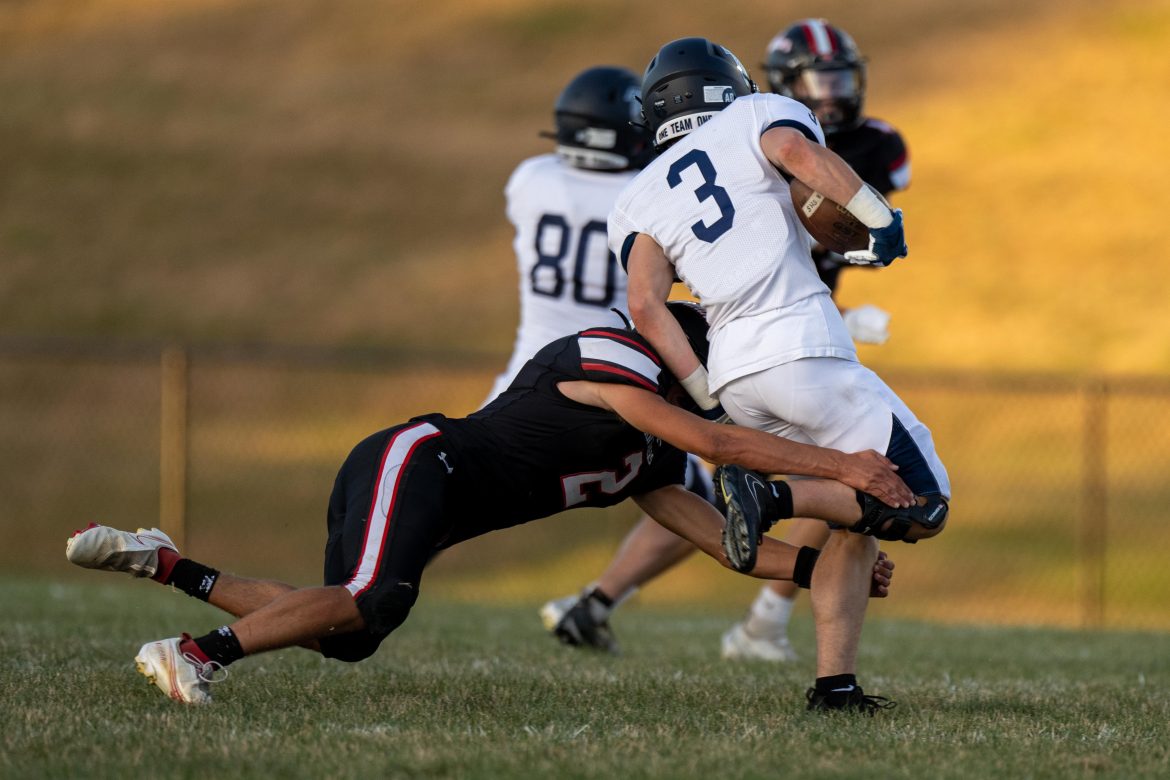 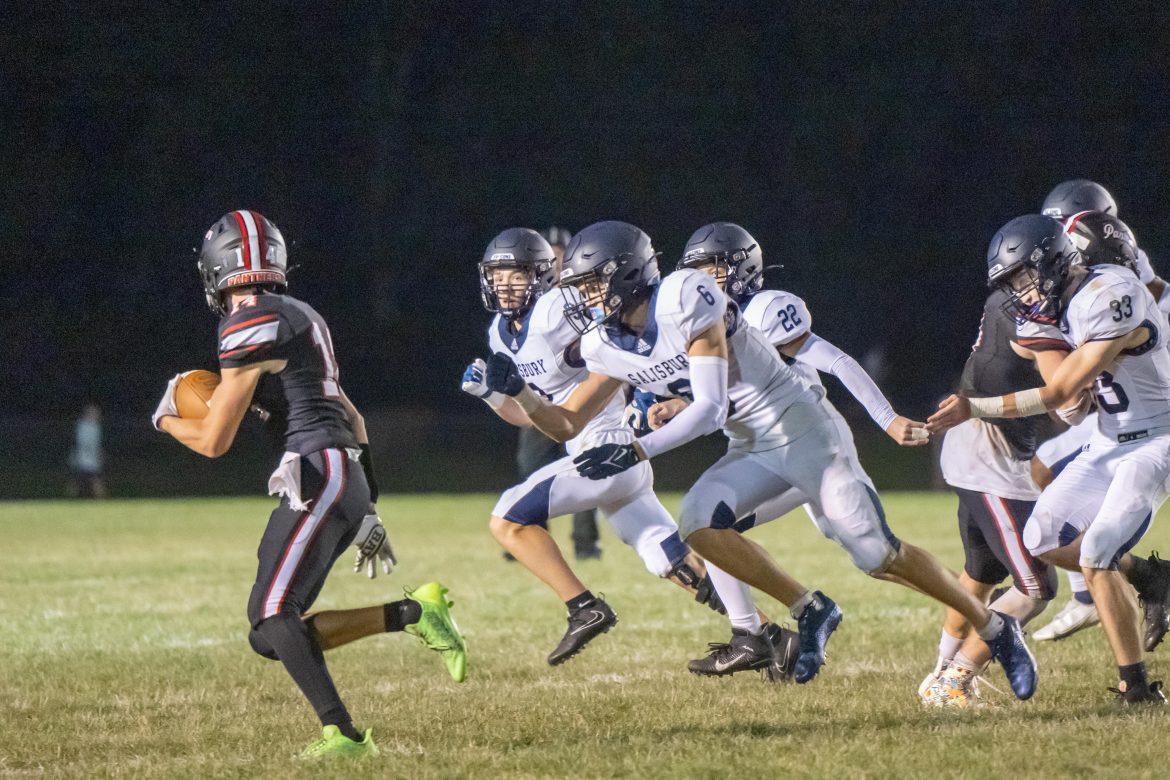 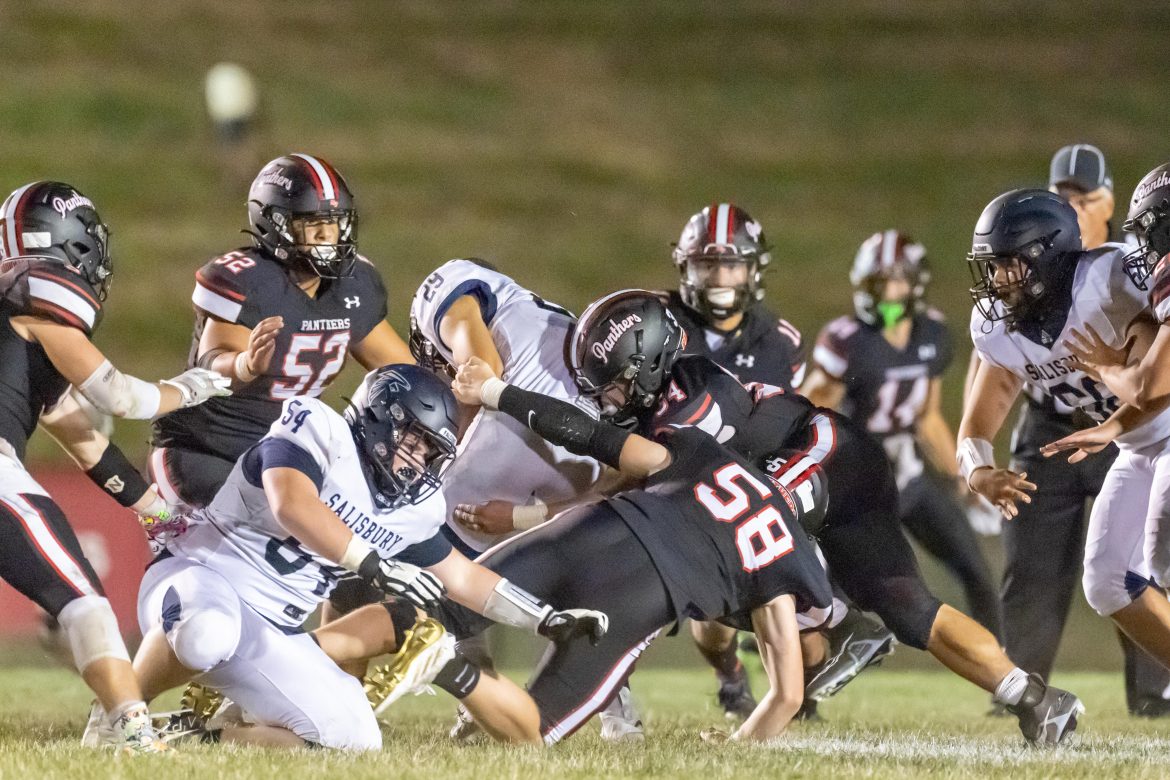