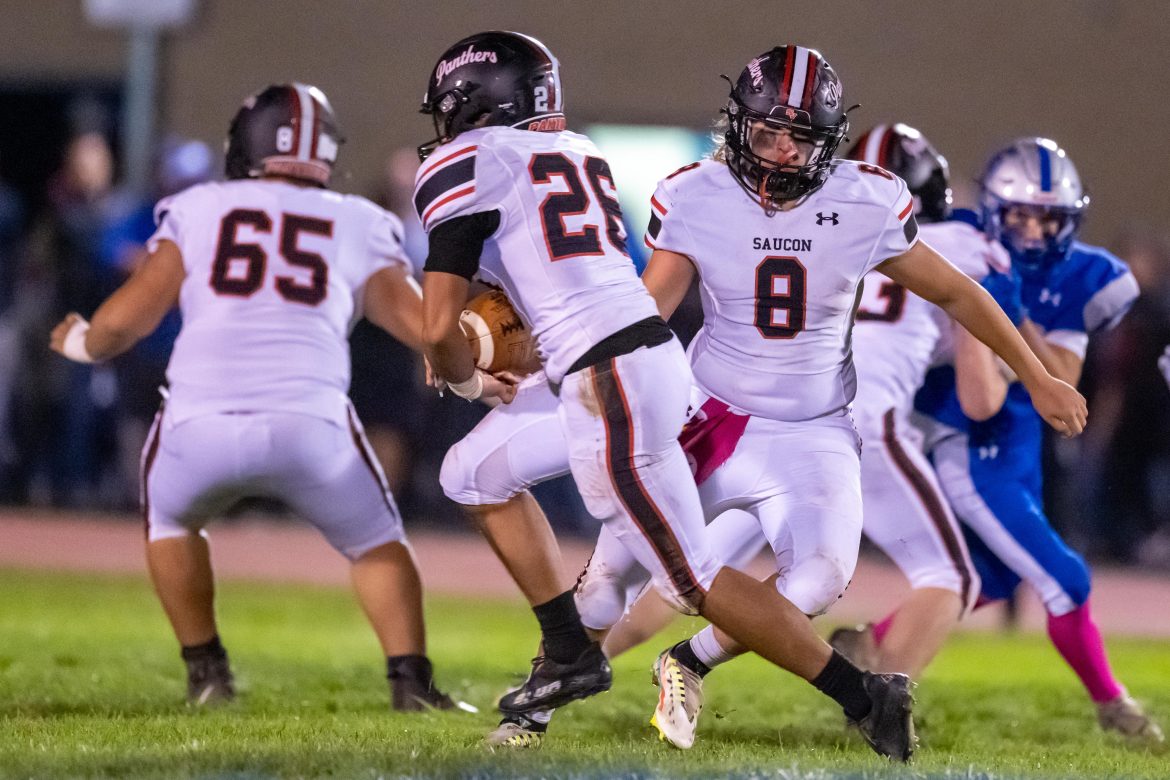 On Friday night the Saucon Valley Panthers traveled to Southern Lehigh for the latest installment of the Saucon Creek Classic.  It would be a battle between two teams that were seemingly heading in opposite directions.  The Panthers have lost four straight while the Spartans have won five in a row.  Nonetheless,  it would not be a surprise to see a few surprises in this rivalry matchup.

The Panthers took possession at their own 20-yardline after the opening kickoff sailed through the end zone.  Saucon Valley’s offense took the field and quickly went three-and-out.  However, the Panther punt attempt was blocked and recovered by the Spartans at the 3-yardline.  On the very next play, Southern Lehigh lined up in a Power-I formation and pounded the ball into the end zone with Cade Sawyer from his tailback position.  The PAT kick was good and only two minutes into the game Southern Lehigh jumped out to a 7-0 lead.

On the Panthers next possession they were forced to punt again.  This time the Spartans took over at their own 46-yardline.  The end result was the same, however.  Five running plays later Sawyer powered his way around left end for a 22-yard score.  The extra-point was good and with 7:27 remaining in the opening quarter Southern Lehigh improved to a 14-0 advantage. 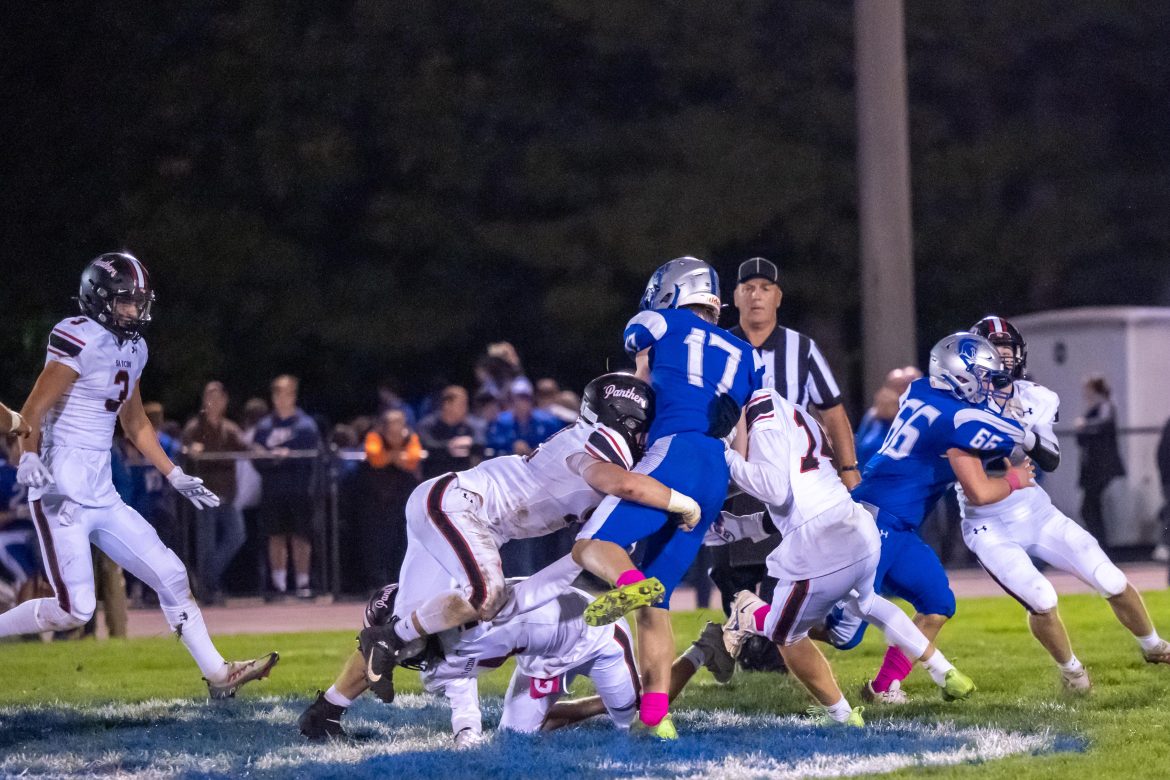 Southern Lehigh’s Cade Sawyer (17) on his way to a four touchdown night for the Spartans.

It was deja-vu all over again.  The Saucon offense went three-and-out punt and once again gave Southern Lehigh possession near midfield.   This time it was a 7-play drive by the Spartans.  The last three plays that covered the final 26-yards were of the bully-ball variety with two tight ends and a power-I backfield.  Sawyer pounded the right side this time to score his third touchdown of the night with a 5-yard plunge.  The PAT hit its mark and with just over two minutes to go in the first quarter the Spartans led 21-0.

Saucon Valley started their next drive at their own 20-yardline and after a couple of running plays emptied the backfield with five wide receivers on 3rd & 6.  A pass intended for Jack Robertson on a slant route sailed high and was intercepted by Southern Lehigh’s fully extended, 6’3″ Andrew Olesh.  Olesh’s leaping interception amazed the fans and ended up good for a 30-yard pick-6 touchdown.  The Spartans closed out the opening stanza with a dominating 28-0 lead. 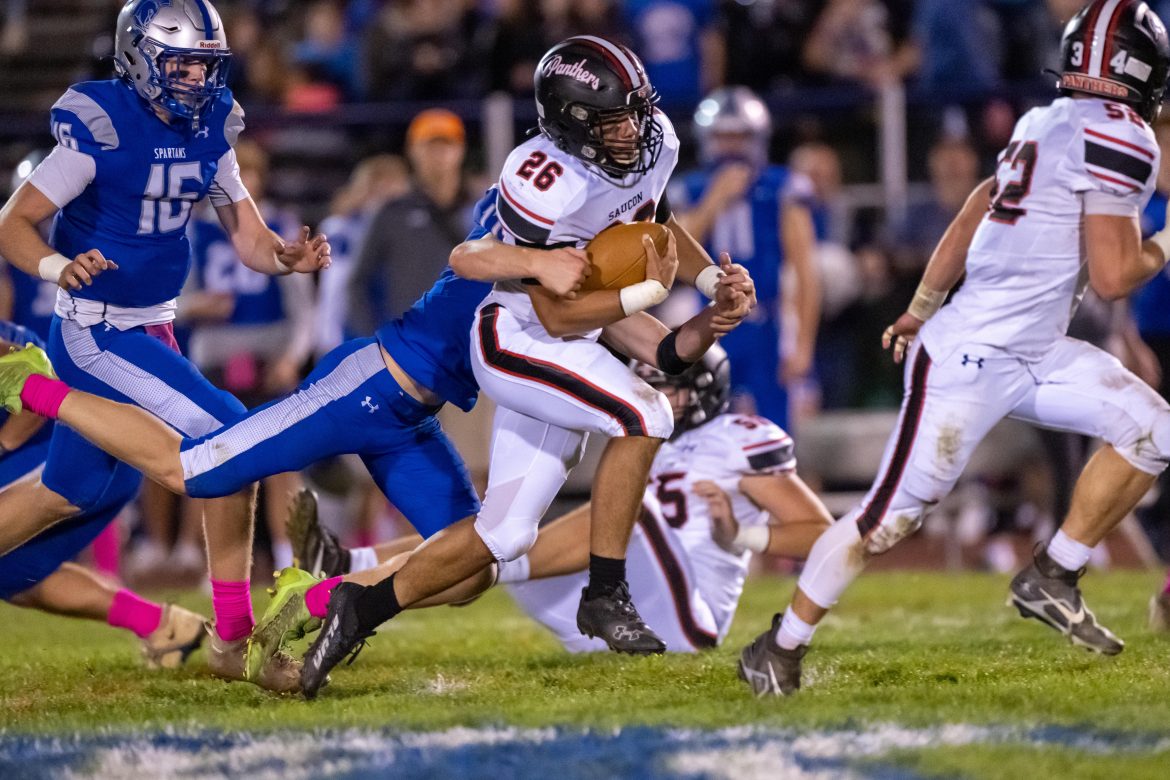 Josh Torres (26) brought a little bit of a silver lining to Saucon Valley during the first half against Southern Lehigh.

Highlighted by a gutsy 49-yard run by Josh Torres, the Panther offense showed a little life to start the second quarter.  Saucon put together an 8-play drive that took them down to the Spartan 19-yardline.  However, on 4th and 8 Luke Shimko’s pass attempt to Jack Robertson fell incomplete.

Southern Lehigh went right back to work and manufactured another scoring drive.  This one took eight plays.  The last two plays covered 30-yards from their power-I formation.  Sawyer’s fourth touchdown run was from 7-yards out and of the counter-trey variety. The touchdown and PAT made the score 35-0 which triggered the mercy-rule clock.

The Panthers did not quit.  After eight offensive plays Shimko, with a couple pass completions and a couple of scrambles for first-downs, led the Panthers from their own 28-yardline down to the Spartan 18-yardline.  However with under one minute left to play in the first half, Cade Sawyer from his outside-linebacker position added to his night’s highlight tape with an interception that he returned to the Panther 46-yardline.  With :46 seconds left in the first half the Spartans tried to take advantage of their good field position and build upon their 35-0 advantage. But the half ended after three failed pass attempts and a quarterback sneak. 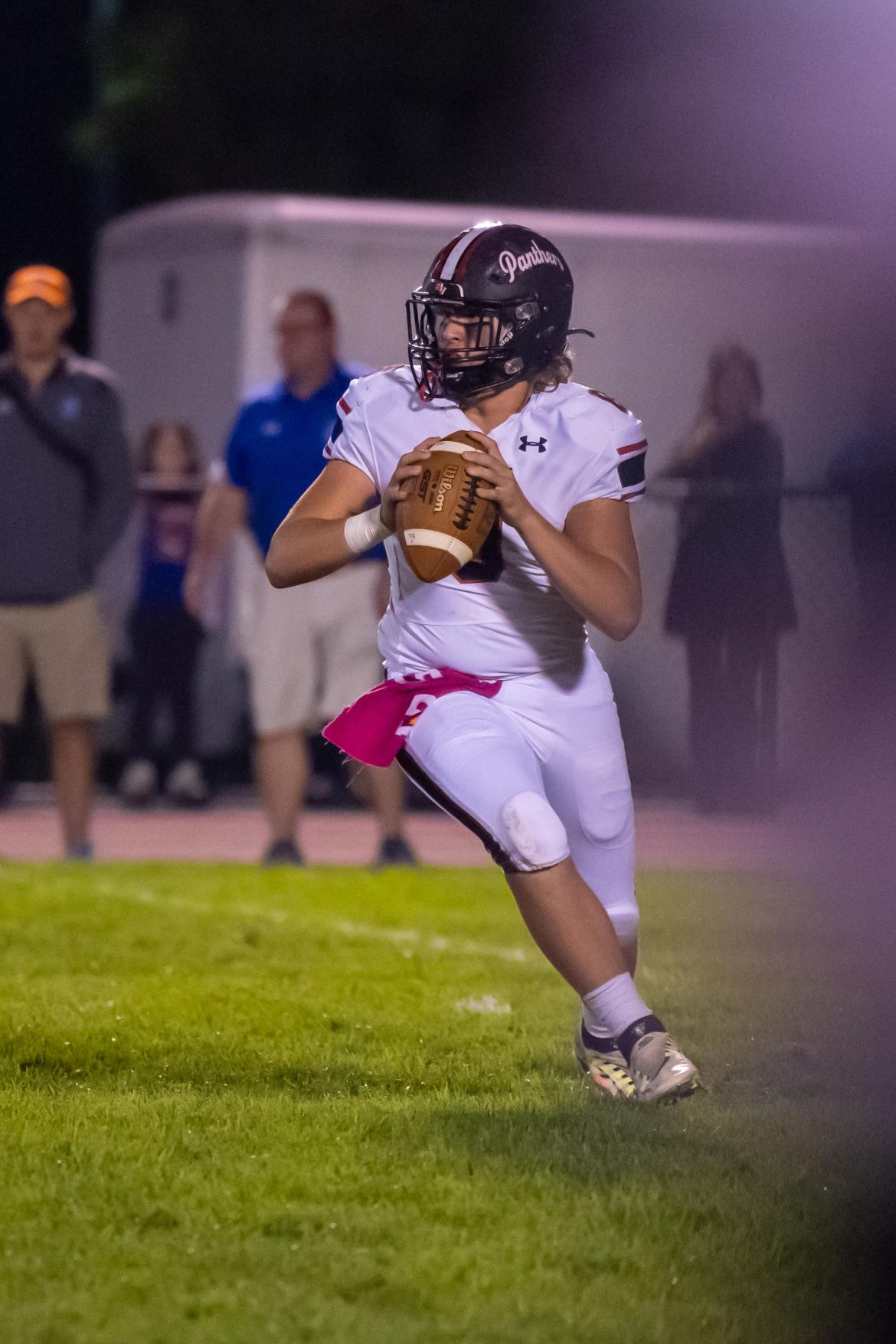 With the mercy-rule clock ticking for the entire second-half the Spartans picked up a third quarter score by Bryan Tobin.  Saucon’s Josh Torres answered with a 20-yard fourth quarter touchdown run.  As the game clock ticked all the way down, the scoreboard favored Southern Lehigh by a 42-7 score.   The Spartans improved to a 6-1 record while the Panthers fell to 2-5.

UP NEXT:  The Panthers (2-5) return for Homecoming 2022 with a Friday night fight against the Blue Mountain Eagles (4-3).  Kickoff is scheduled for 7 p.m. 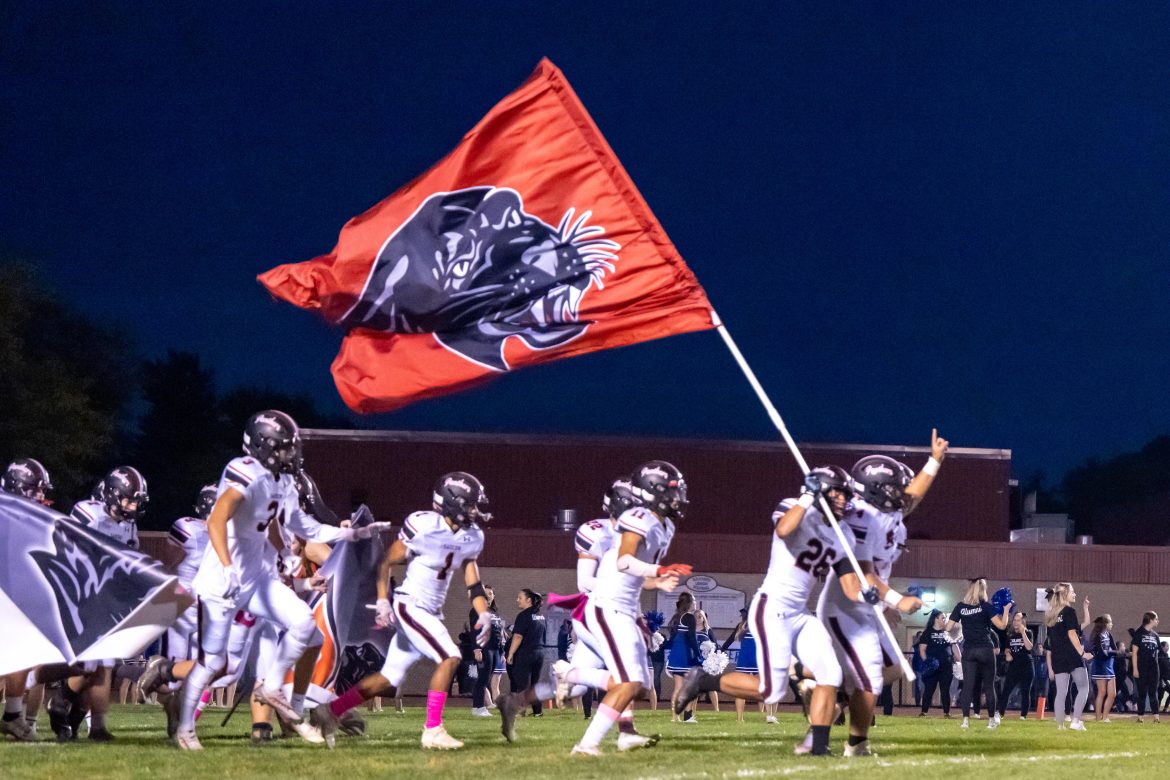 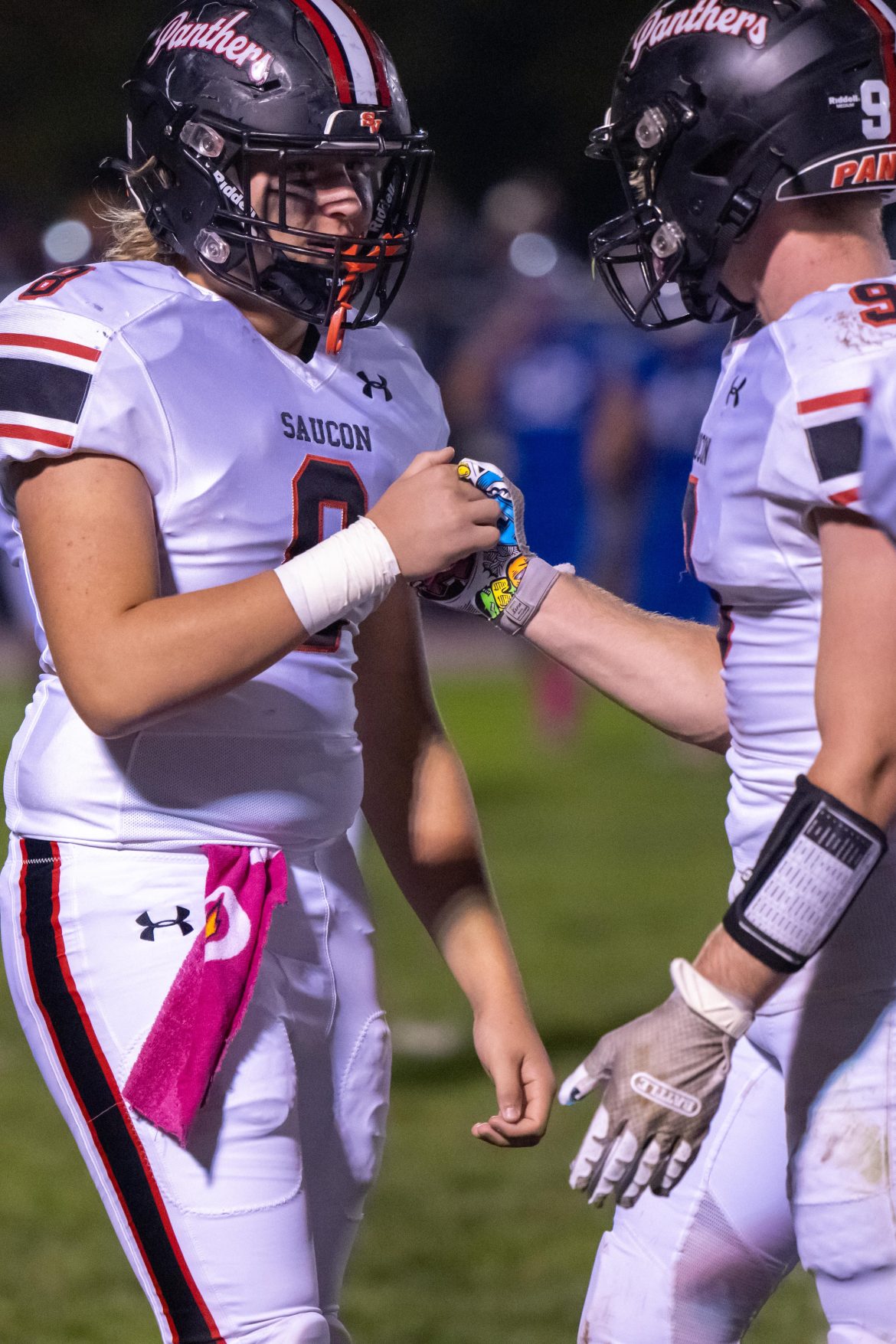 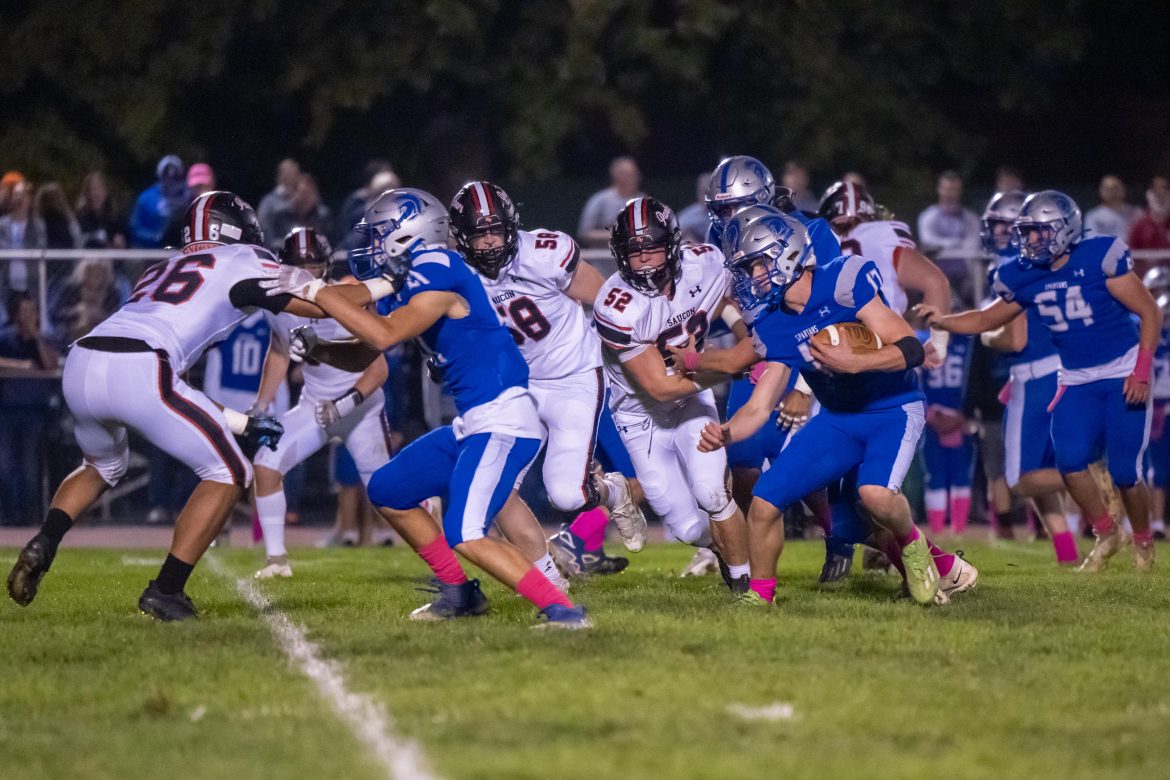 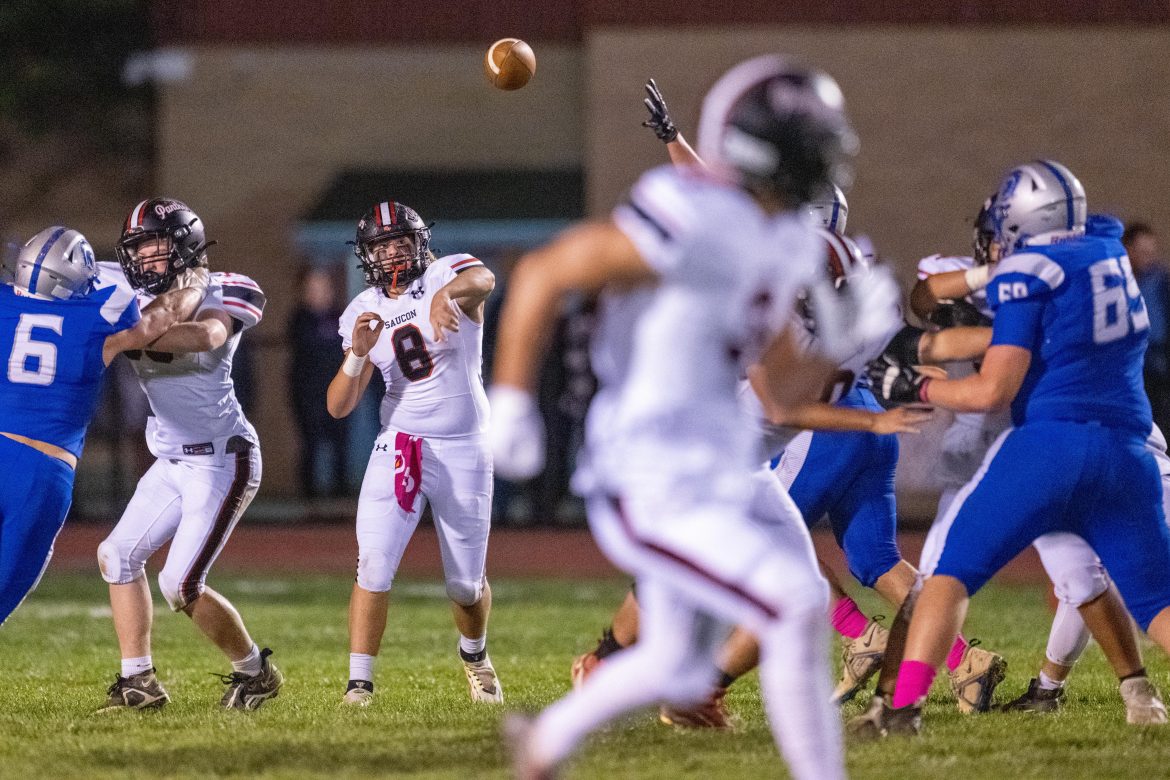 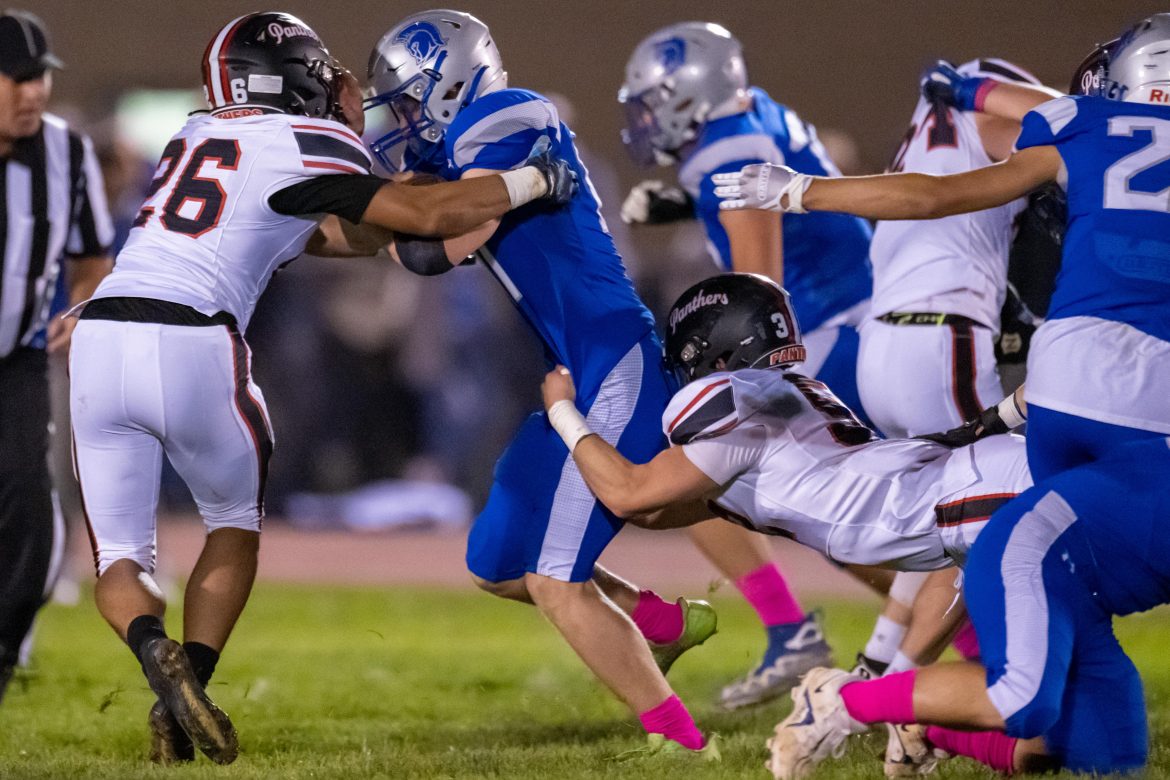 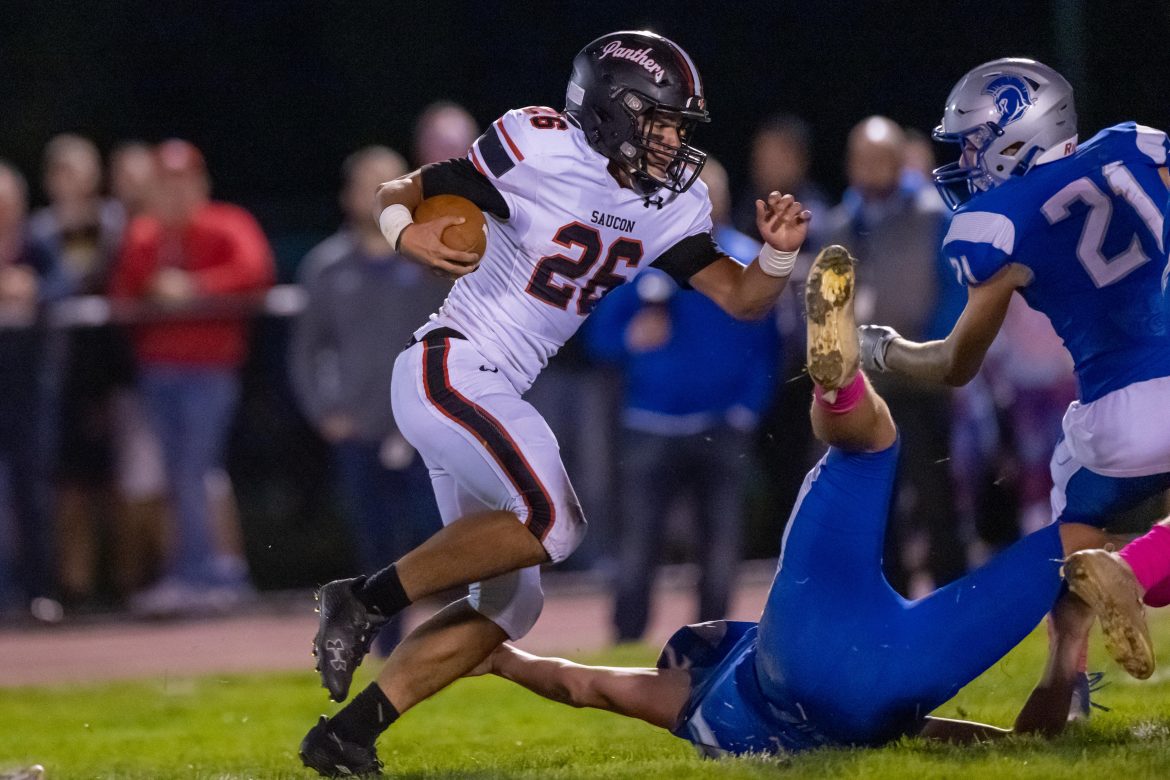 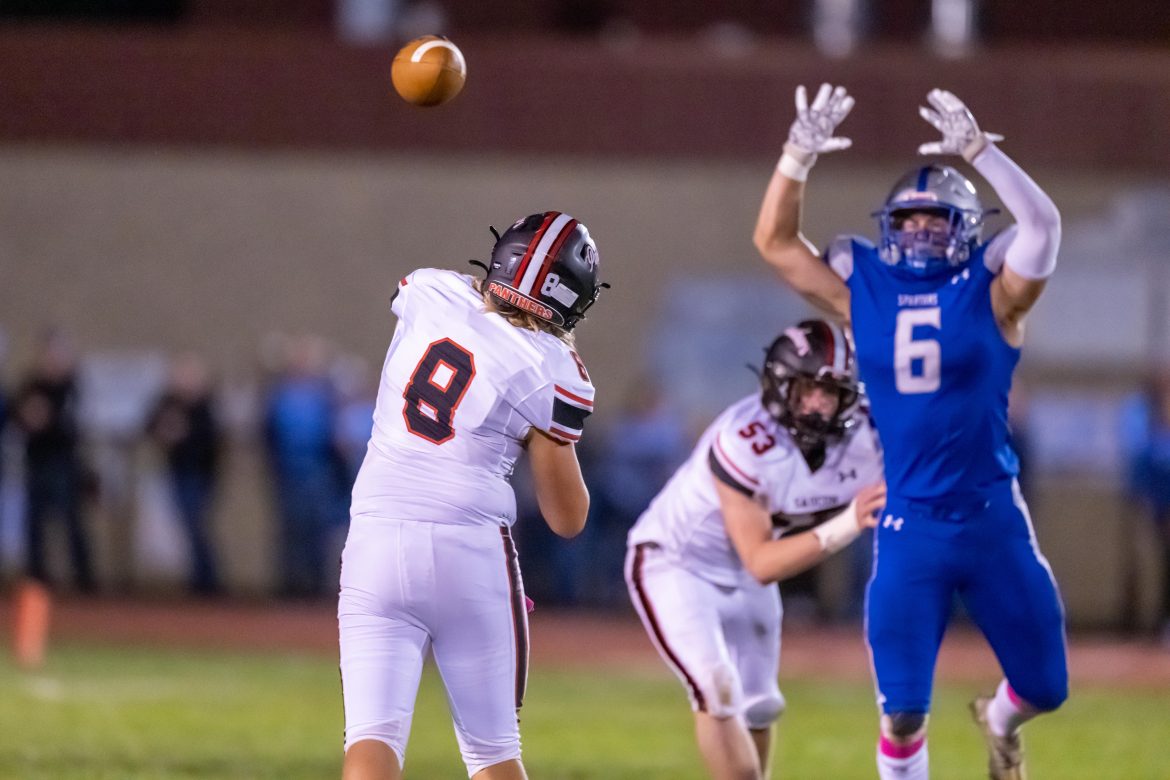 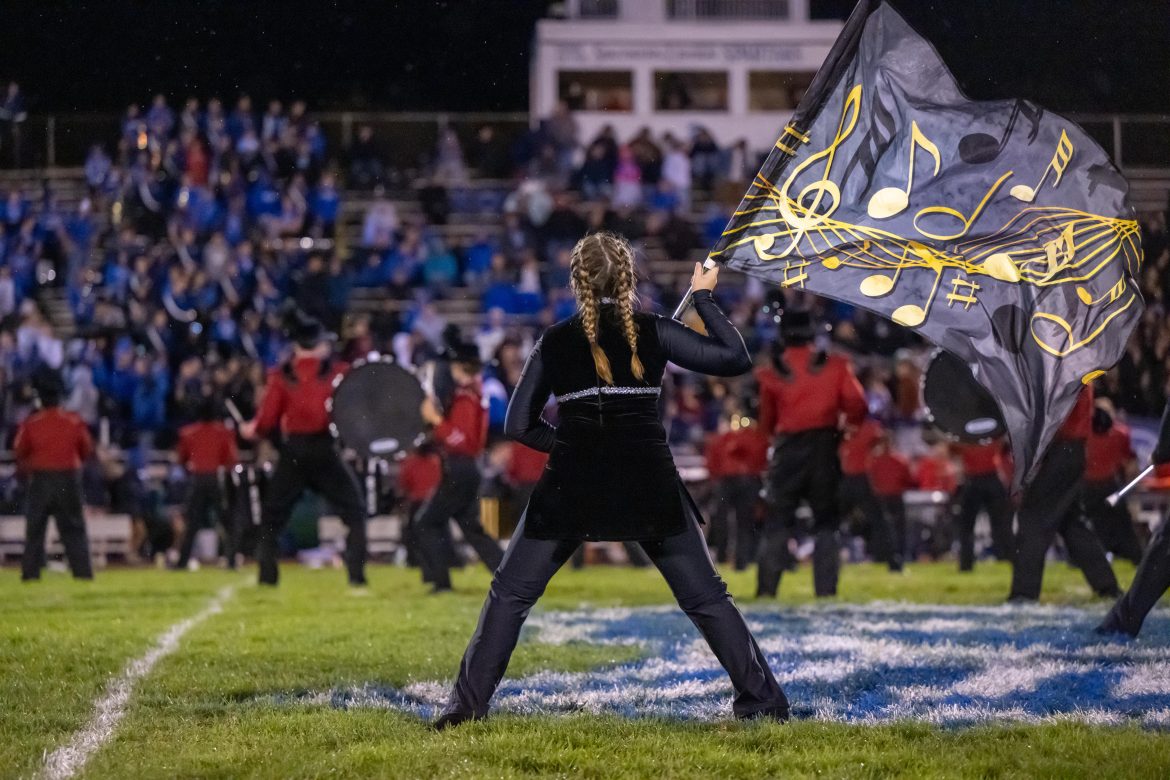 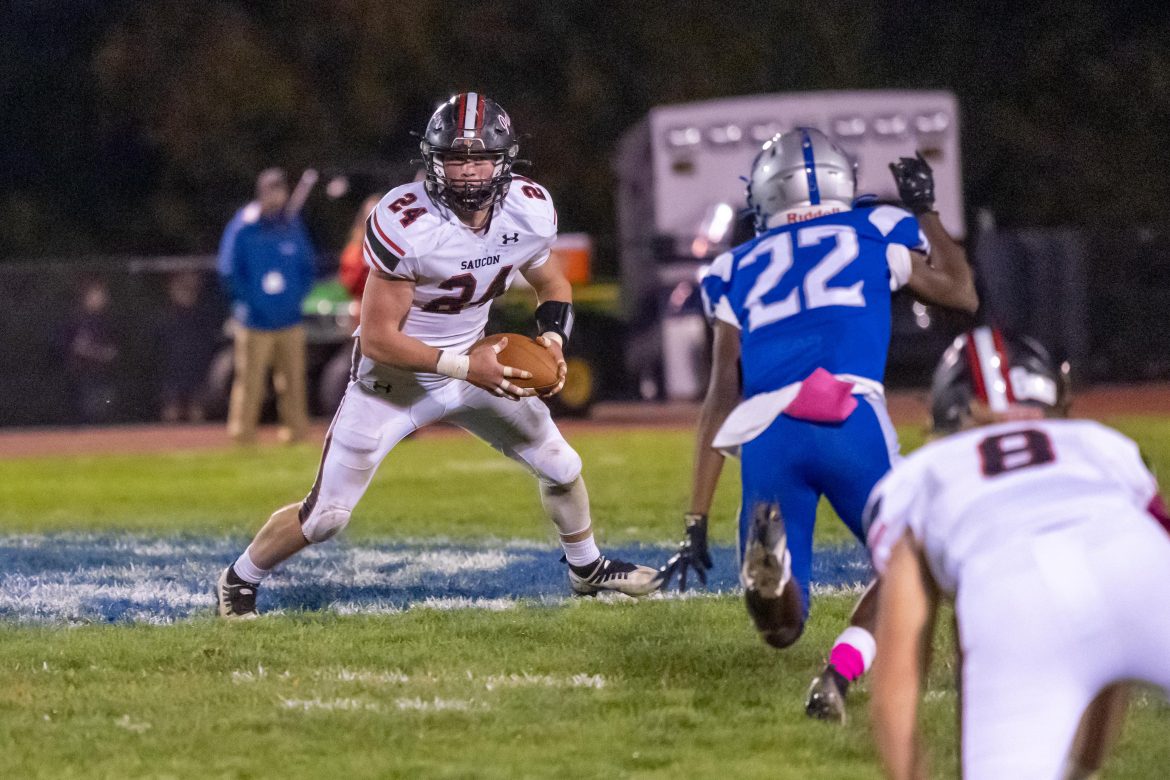 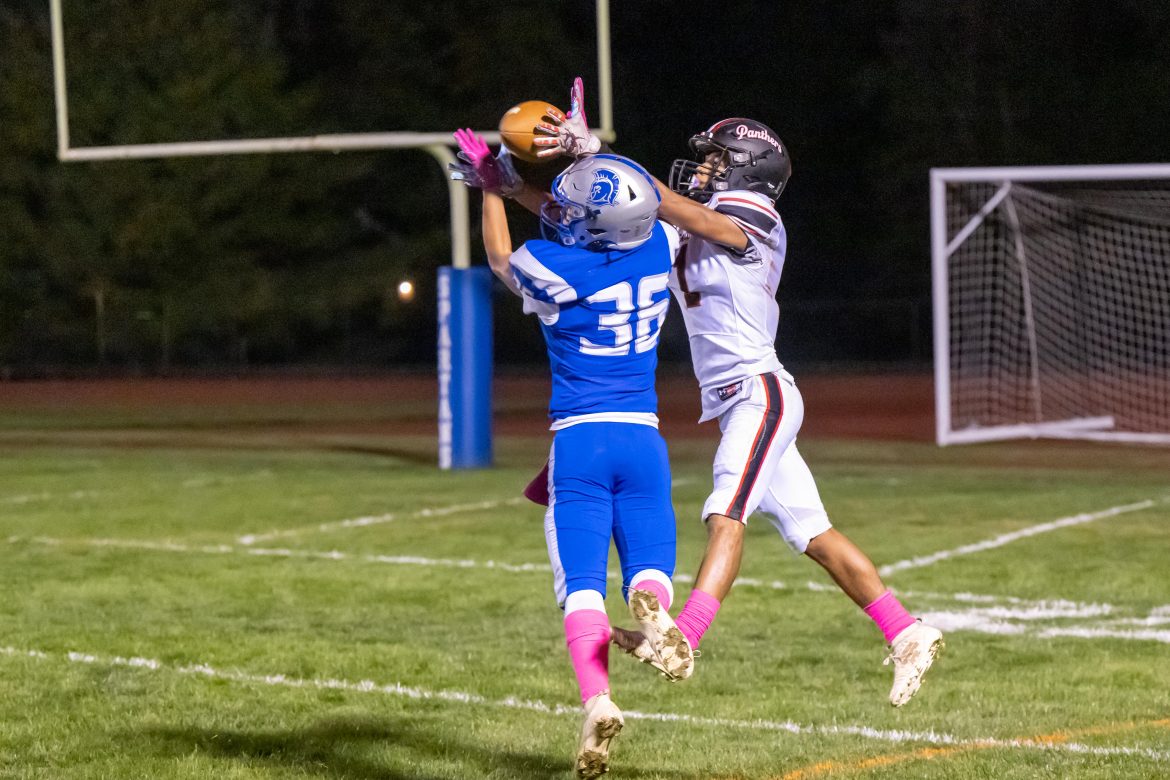 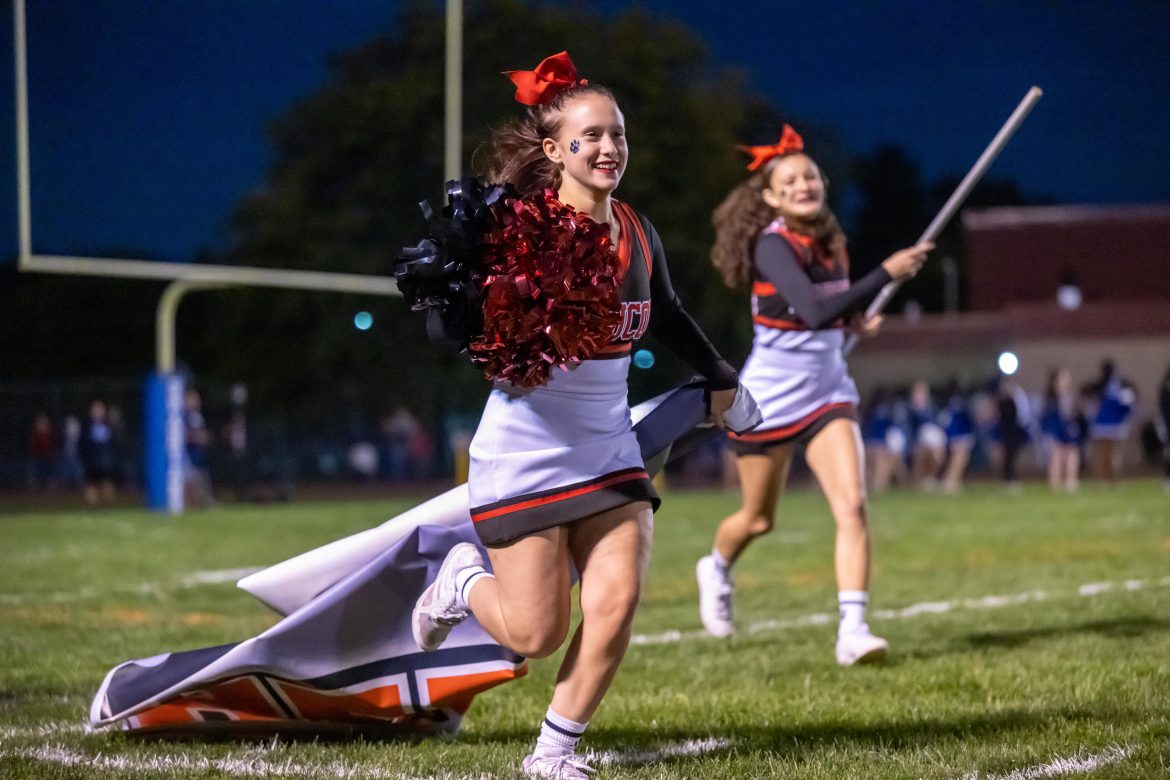 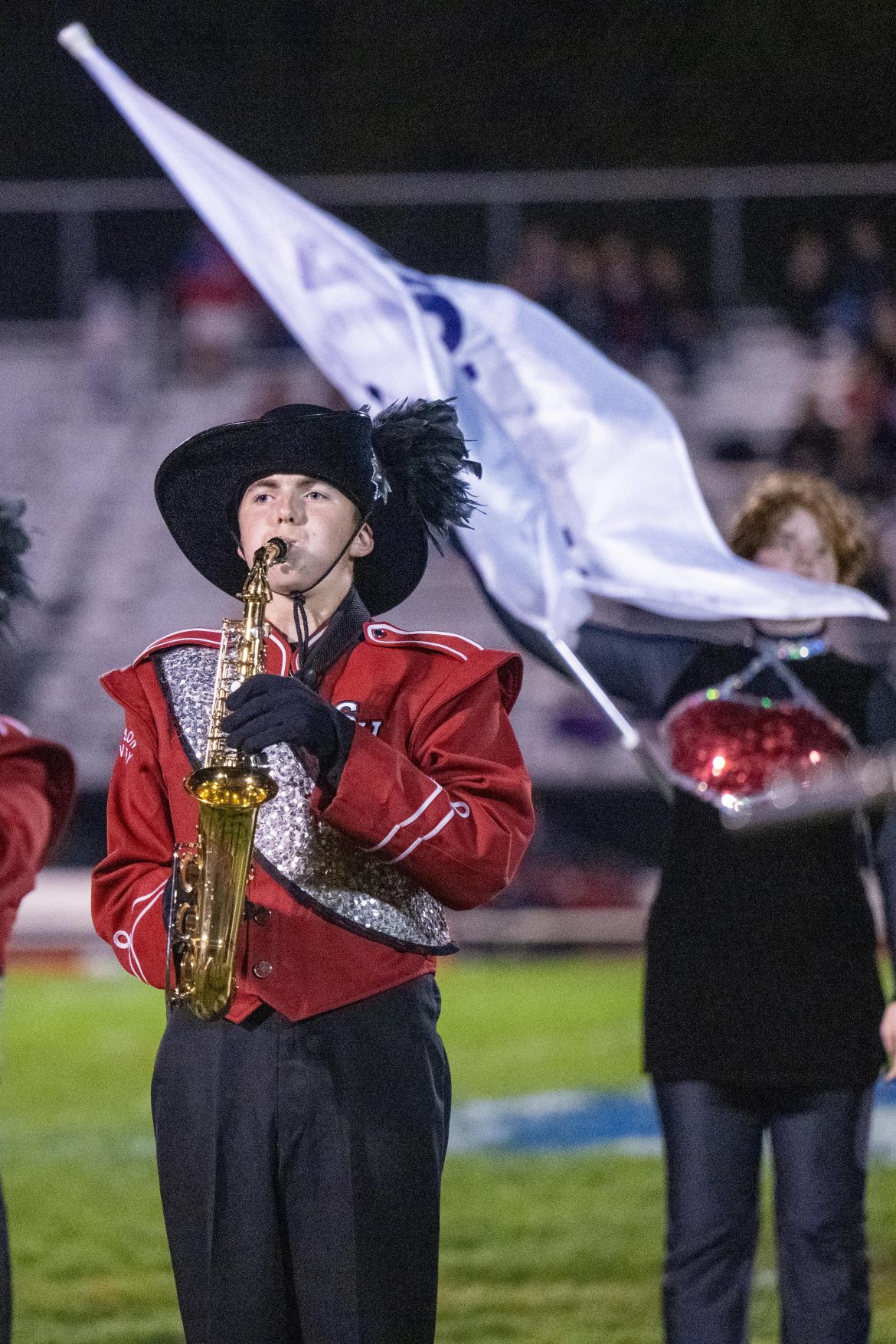 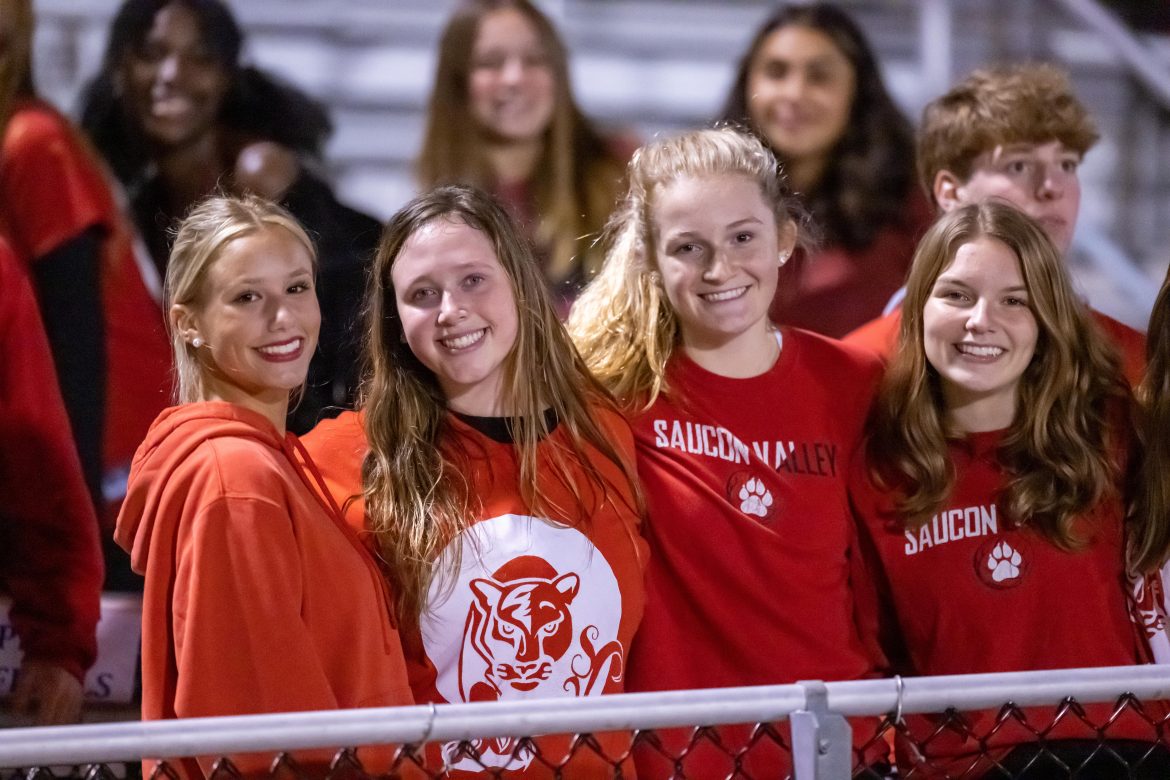 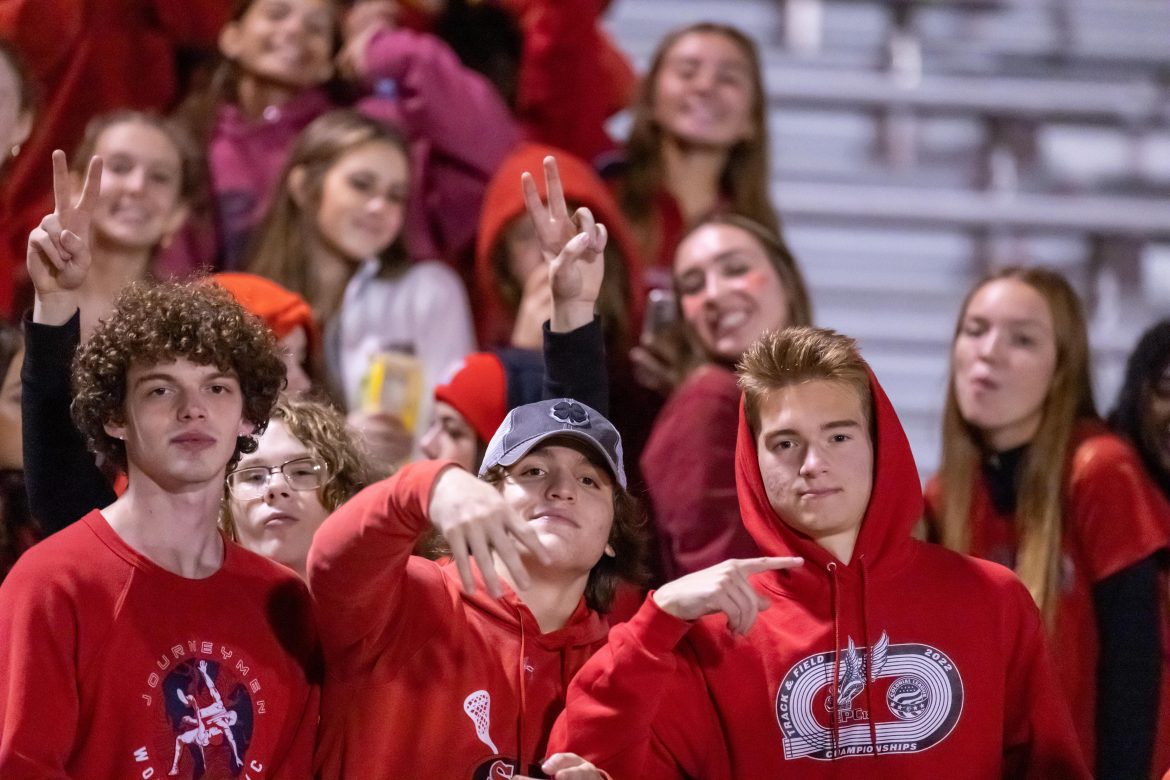