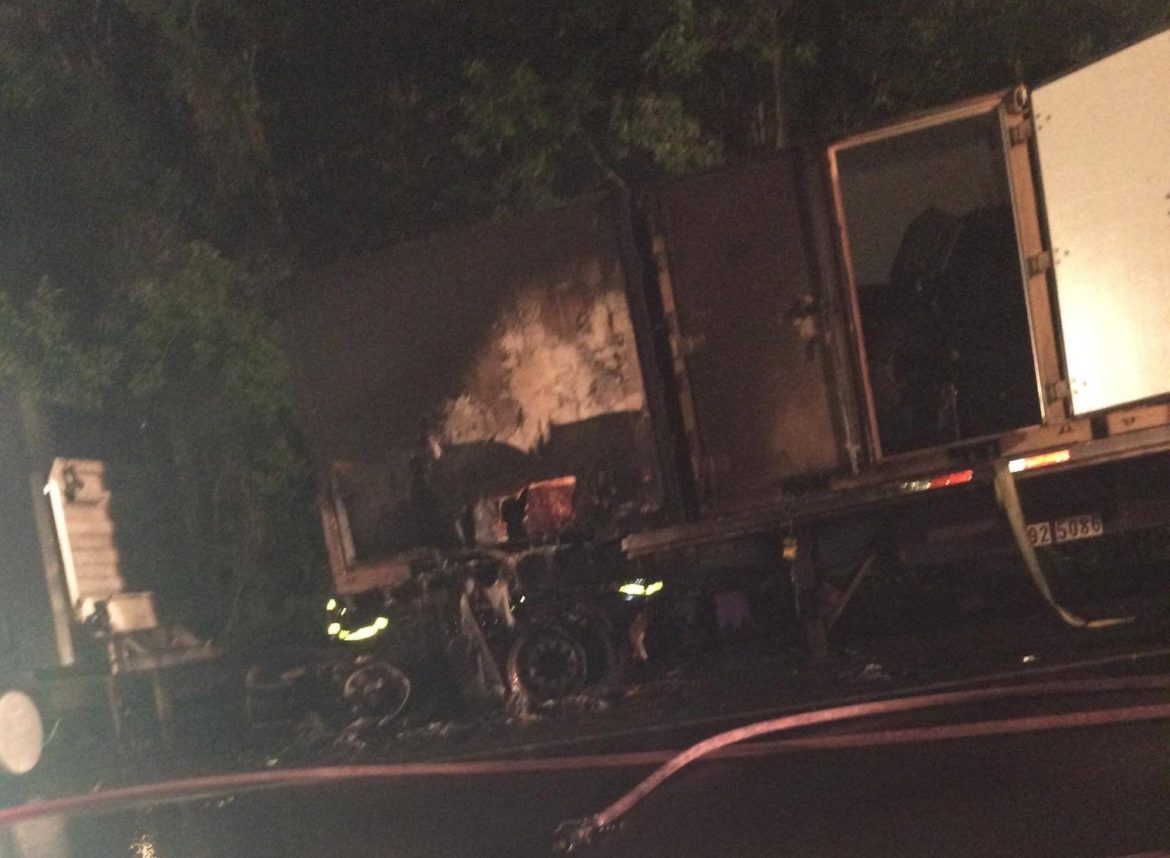 A tractor-trailer that was hauling military equipment caught on fire on I-78 East in Bethlehem Thursday night, and many Saucon Valley firefighters responded to help extinguish the blaze, which was about a mile west of the Hellertown/Rt. 412 exit.

According to Lehigh Valley Live, there were no injuries as a result of the 11:40 p.m. fire, but the truck sustained heavy damage and significant delays to traffic resulted.

The news website reported that eastbound traffic backed up as far as the Rt. 145 exit in Upper Saucon Township during Friday morning’s rush hour.

City of Bethlehem fire department units, Lower Saucon tanker trucks, and engines from Bethlehem, the township and Hellertown (Dewey Fire Co.) all responded to the highway to help bring the fire under control. 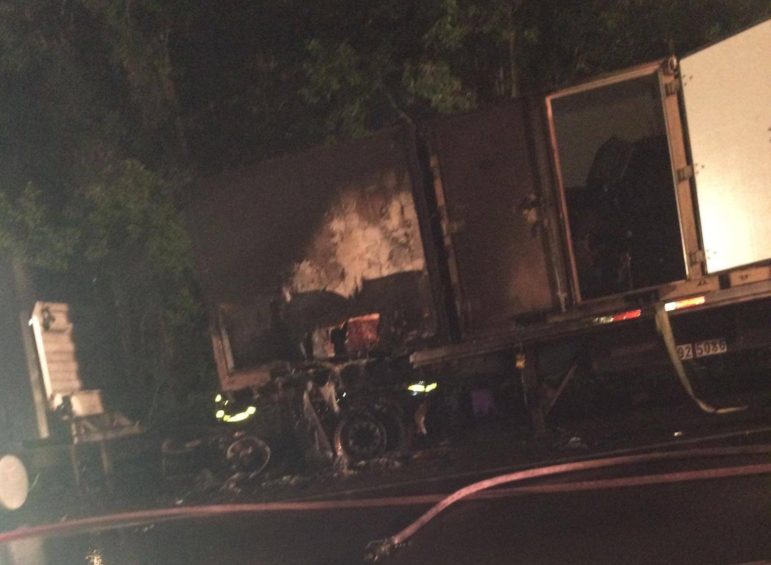 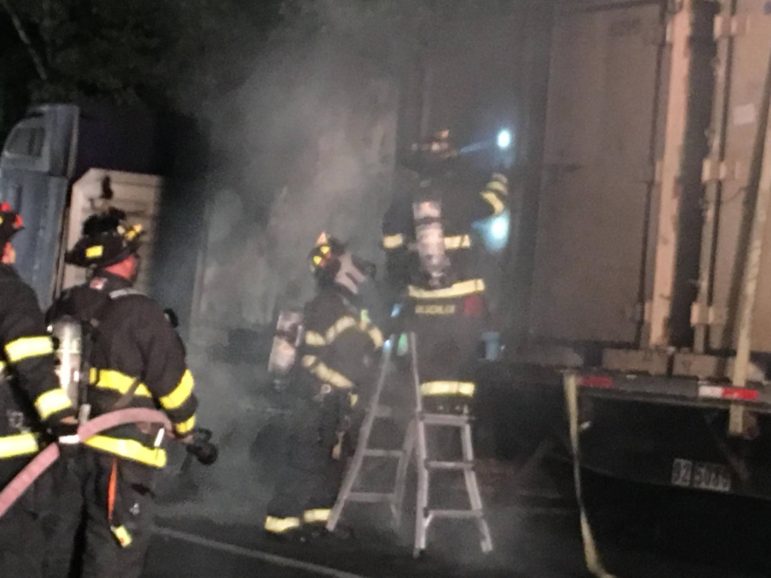