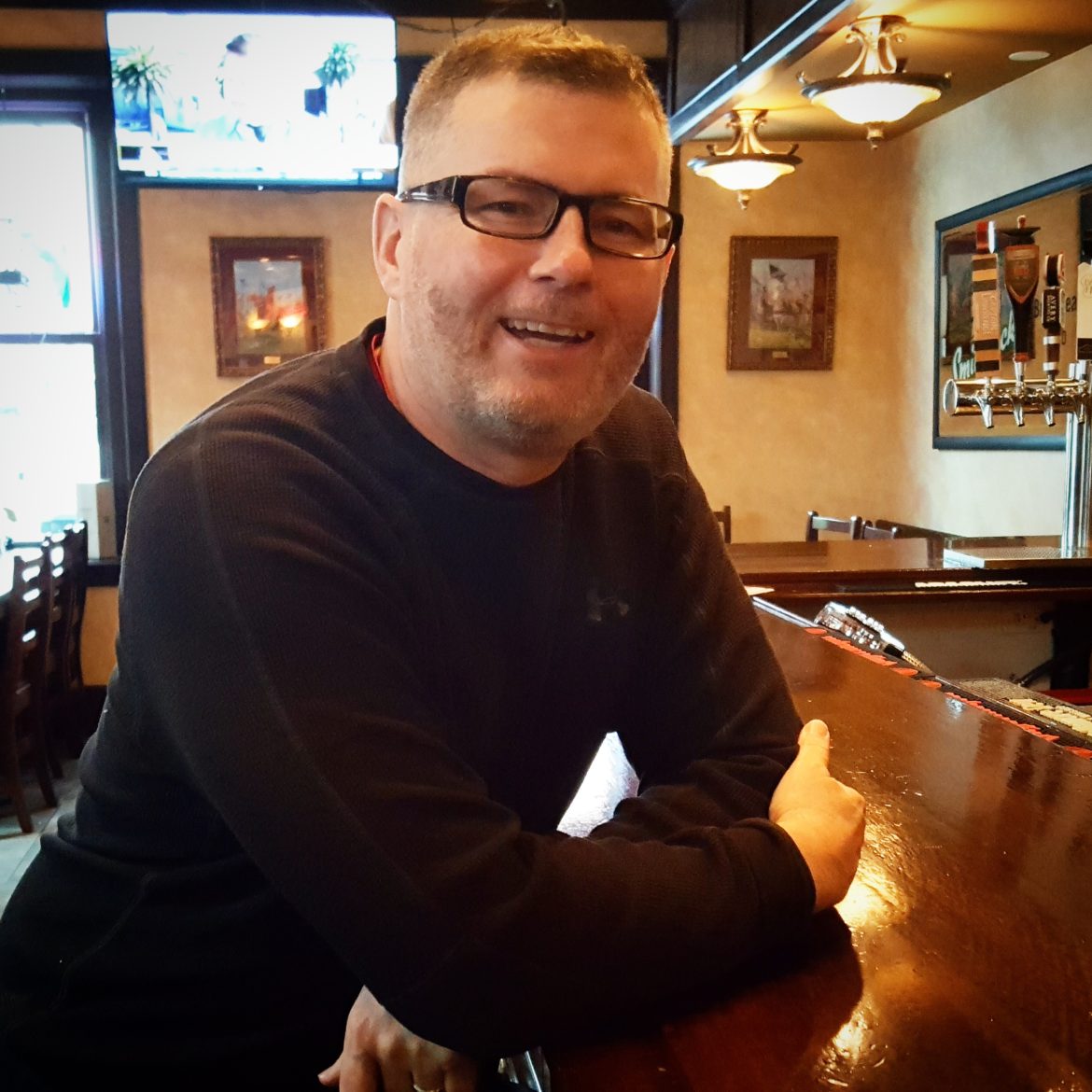 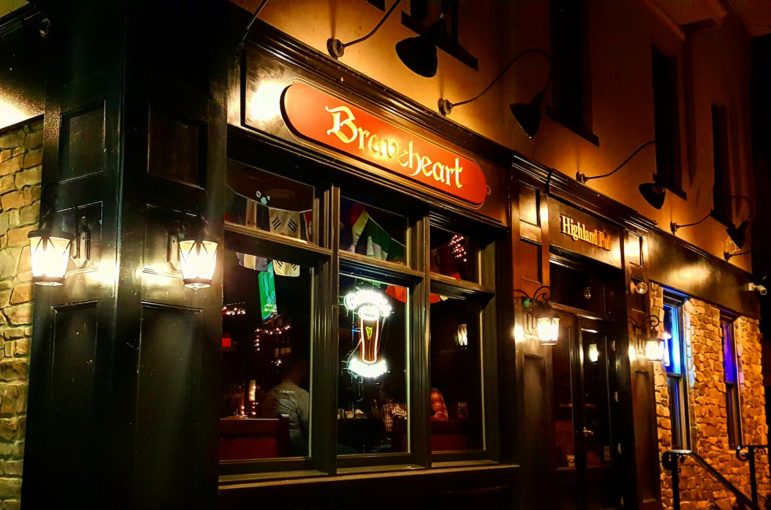 The exterior of Braveheart Highland Pub has become a Main Street landmark in Hellertown, and a symbol of success for other potential restaurateurs in the area.

If you ask Braveheart Highland Pub owner Andy Lee about his bar and restaurant’s success, he’s typically the first to tell you that although his concept for an authentic Scottish pub in the heart of Hellertown is a proven winner today, it wasn’t exactly a home run from Day One. 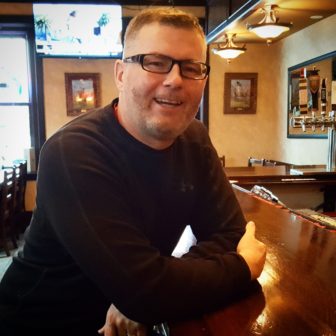 After opening Braveheart in the former Hellertown Hotel in late 2006, Lee, of Coopersburg, said it took several years for the business to find a loyal following–and its financial footing. The global economic downturn of 2008-2009 did not help matters, and Lee said it wasn’t until 2010 that the tide finally turned for the business he envisioned would become a community gathering place.

Since then, it has. Braveheart has experienced continuous, year-over-year growth since 2010, and 2016 was its best year ever, Lee said proudly during a recent interview with Saucon Source.

The story of how Braveheart came to be a landmark establishment in the borough, and one of its biggest employers began well before Lee ever set eyes on Hellertown.

A son of Scottish immigrants, Andy Lee grew up in Connecticut and had a successful two-decade career in the insurance business before deciding to try his hand at being a restaurateur.

The Hellertown Hotel had been closed for seven years by the time Lee looked at it, with an eye toward recreating a classic Scottish pub here in the States.

“I saw something in the building,” he recalled. “Everybody thought I was crazy. It was in rough shape.”

After Lee and his former business partner acquired it, the inside of the turn-of-the-century structure was gutted. Brick walls were exposed, new floors and dark wood paneling were installed, and the entire restaurant was outfitted with imported Scottish furniture and memorabilia in order to give it the authenticity Lee wanted.

“It took a boatload of money,” he recalled. “It took some vision. It took a lot of guts.” 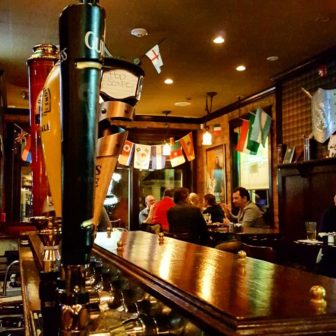 Braveheart is known for its warm, convivial atmosphere that recreates that of an authentic Scottish pub.

And, to make to their tenth anniversary, it also took the enthusiastic support of the Saucon Valley community and the loyalty of a staff of 35-40 individuals, many of whom have worked at Braveheart practically since it opened, Lee said.

“We have a very loyal employee base,” he noted. “That’s one of the things I’m most proud of–that our employees never leave us.”

More than merely a money-making venture, Braveheart has become a community within a community, attracting local residents, British ex-pats and many first-time visitors to the area.

“I’ve become good friends with a lot of customers who come here, and I appreciate everything they’ve done to support our business,” Lee said.

Customer feedback is very important at Braveheart, and has also been part of the restaurant’s recipe for success. For example, the bar recently added eight additional taps in response to the growing demand for artisanal, craft, seasonal and local beer.

In addition to being a restaurant and bar, Braveheart has become a popular regular meeting place for local civic groups such as the Hellertown Lions. Lee said he doesn’t charge these groups anything to use meeting space upstairs, as long as they’re dining or drinking at the pub.

Another way in which Braveheart gives back is with donations and sponsorships of events, such as its annual golf tournament held the Thursday before Memorial Day.

Over the years, Lee estimated the Braveheart golf tournament has raised $60,000 to $70,000 for charities such as the Leukemia & Lymphoma Society.

When asked about the opening of other new eateries–and more recently a small craft brewery–on Main Street since Braveheart opened, Lee said there’s no way to definitely prove a correlation, but added, “I’d like to think we had something to do with the start of the revitalization of Hellertown.”

Referring to the upcoming opening of the 1774 Grille in the former Tavern House (Ricardo’s) building about a block away from Braveheart, Lee was magnanimous, and said he believes the more restaurants that concentrate downtown, the better it will be for everyone.

“I wish them well,” he said. “There’s enough (business) to go around.”

Braveheart is celebrating its 10th anniversary and rewarding customer loyalty through Jan. 31 by offering four of its most popular entrees–the Scottish classics Fish & Chips, Bangers & Mash, Shepherd’s Pie and Scottish Meat Pie–for just $10 each, Sunday through Thursday. The tenth customer who walks in the door each day is also rewarded with a $10 Braveheart gift card. Braveheart opens at 11:30 a.m. 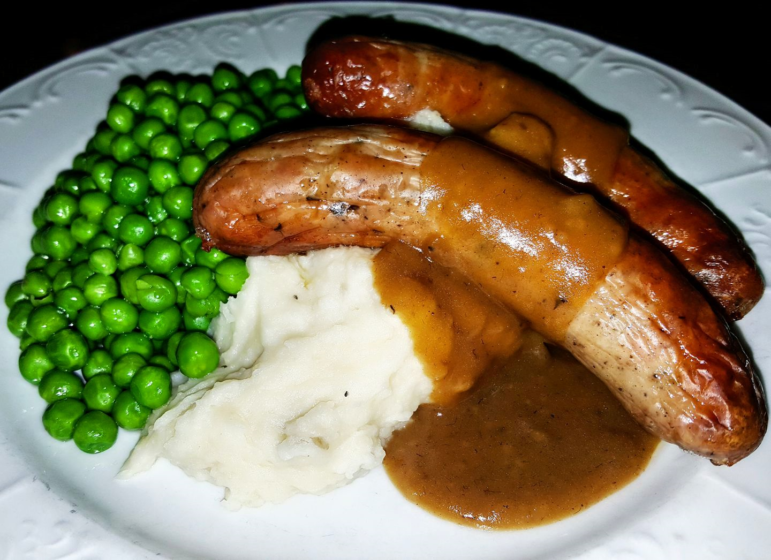 On Thursday, Jan. 26, Braveheart will host its first-ever Scottish Accent Contest to coincide with its annual Robert Burns Week celebration, which will feature dinner specials such as Cock A Leekie Soup, Crisp Haggis With Neeps and Emerald Isle Salmon. Robert Burns Day is Jan. 25, and celebrates the life of Scotland’s national bard, Robert Burns, who wrote Auld Lang Syne and lived from 1759 to 1796.

The accent contest will require participants to read a brief poem by Burns, with the opportunity to win a gift card. There will be both male and female winners.

Lee and two young men visiting from Scotland and learning about the American hospitality industry as interns at Braveheart–Daniel Houston and Paul McGill–will be the judges. The two men recently filmed a short video to help promote the contest and educate Americans about what Robert Burns Day is.

Over the years Braveheart has trained a number of Lee’s Scottish relatives who have come to the U.S. on work visas and gained a lot of knowledge about how American restaurants operate, as well as unique insight into American business culture.

“If I can help my family over there, I’m going to help them,” he said, adding that once they are here, they truly become part of the Braveheart family and his family.

Lee’s younger daughter, Julia, is currently spending a semester studying in Scotland, and his elder daughter, Gabriella, has been an integral part of Braveheart’s business success since it opened. He and his wife Carol are also the parents of a son, Evan.

When asked where he expects Braveheart to be in 2027, Lee said without a doubt, “it will be here.”

“I’m not going anywhere,” he said. “I see my role slowing down and not being here as often… The goal is to try to elevate everybody here.”

Braveheart is located at 430 Main St., Hellertown, and is open seven days a week.

The restaurant maintains a strong presence on social media, with Facebook, Instagram and Twitter feeds that are regularly updated with the latest news, photos and specials.

Reservations and food orders can be placed via the Braveheart website, and private parties/events can be booked by calling the restaurant at 610-838-6555.

Lee, who also owns the popular restaurant Taps Tavern in Lower Saucon Township, says he remains committed to the ideals of doing right by the community and employees; the same ideals that led him to become a restaurateur in the first place.

“Small business is the essence of a small town,” he said.

Though there have been bumps in the road to success, “it’s all worth it now,” he added.