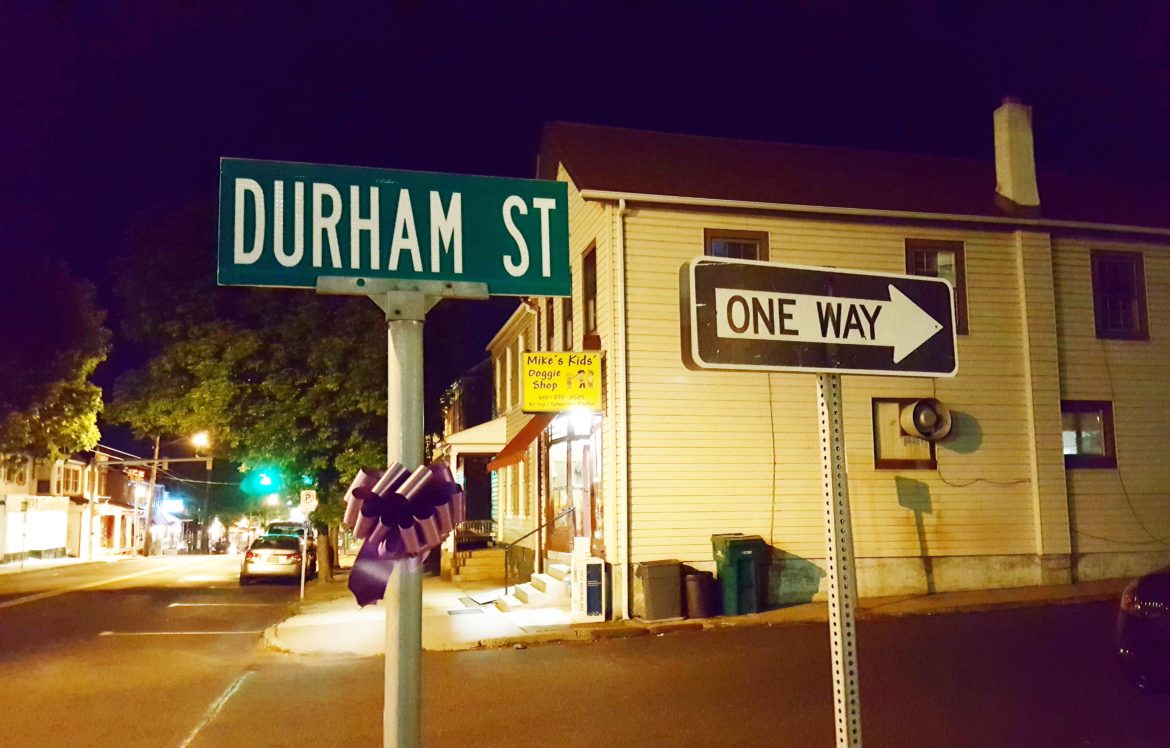 The entrance to Durham Street on Main Street, with Mike's Kids Doggie Shop in the background. 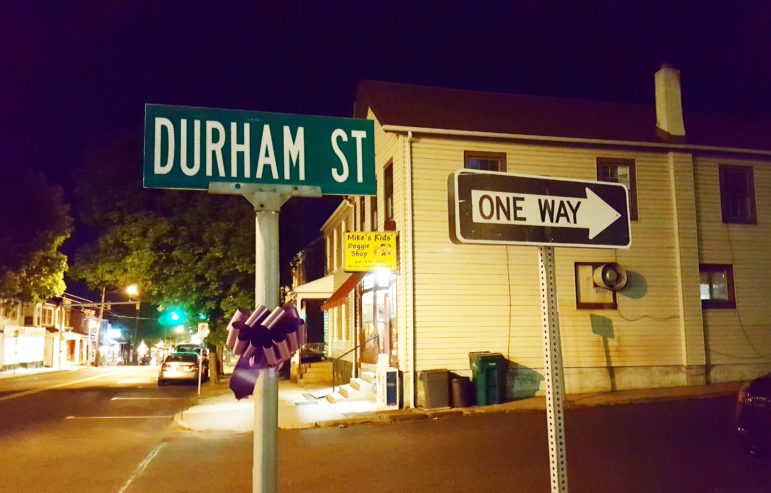 The entrance to Durham Street at Main Street in Hellertown, with Mike’s Kids Doggie Shop in the background.

Following a concern shared by a local business owner at a recent meeting, Hellertown Borough Council Monday night voted unanimously to advertise a draft ordinance that would ban through truck traffic on Durham Street between Main and Laubach streets.

The issue was first brought to council’s attention by Janice Repnyek, who co-owns the eatery Mike’s Kids Doggie Shop at the corner of Main and Durham.

At the May 1 council meeting, Repnyek told council she was concerned about tractor-trailers and buses trying to make their way up the narrow, one-way street, which also has parking along one side.

A subsequent traffic study conducted by Barry Isett & Associates, the borough’s engineering firm, confirmed that the physical limitations of that section of the street warrant a ban on truck traffic, engineer Bryan Smith told council Monday.

Repnyek had said trucks have been getting stuck trying to turn up Durham Street, and that she and others have had to help guide them into the turn and up the street.

Laubach Street is the alley directly to the east on that side of Main Street, in between Main and Northampton streets.