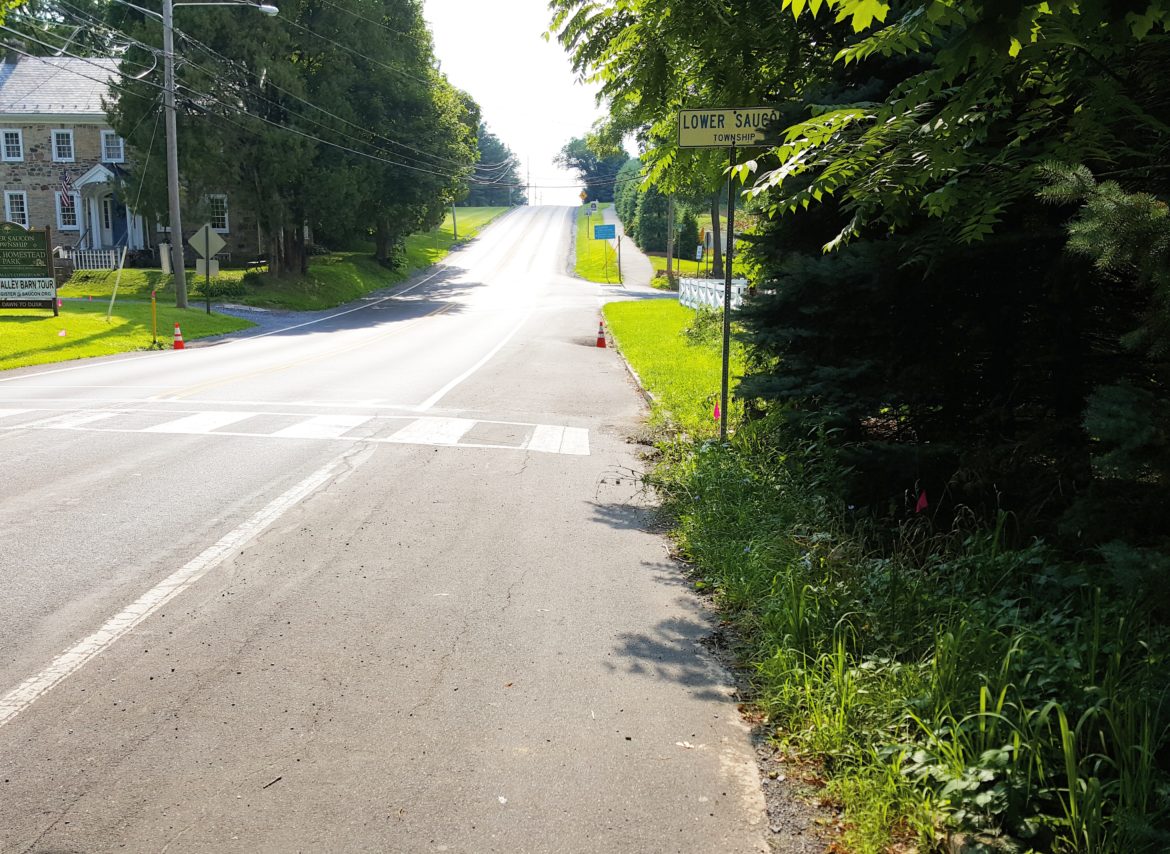 A missing pedestrian link will be no more when PennDOT installs a sidewalk along this section of Friedensville Road between the west end of the Water Street Bridge and Creek Road in Bethlehem, just west of Hellertown 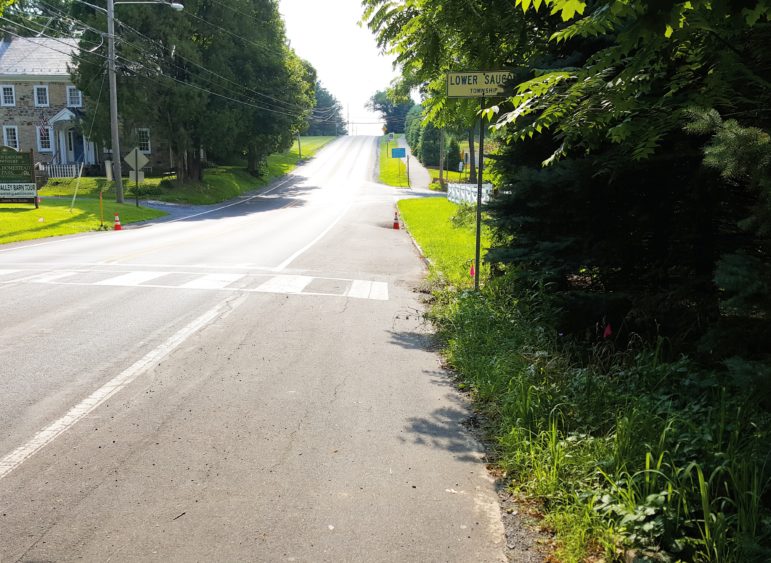 A long-missing pedestrian link will be no more when PennDOT installs a sidewalk along this section of Friedensville Road between the west end of the Water Street Bridge and Creek Road in Bethlehem, just west of Hellertown.

If you are one of the many Society Hill, Saucon View and other residents of the Friedensville Road neighborhood just west of the Water Street Bridge who regularly walk, jog or bike into Hellertown, some news shared at Borough Council’s meeting Monday night will likely please you.

Borough engineer Bryan Smith, of Barry Isett & Associates, said he recently reviewed updated plans for the bridge replacement project and noticed they now include a sidewalk that will extend from the west end of the bridge to Creek Road.

The new sidewalk–which will be about 100 feet in length–will connect to an asphalt trail on the west side of Creek Road that leads to the large Saucon View apartment complex, and beyond that to Lehigh University housing on Duh Drive.

Smith said the decision to install sidewalk in that location comes as a surprise.

“This is something new,” he told council, adding that the sidewalk on the bridge itself will be five feet wide and located on the north side of the span which is located in three municipalities. “Those are all, I think, great improvements,” he added.

The current span was built in 1938 and is structurally deficient, which is why PennDOT plans to replace it with an entirely new structure in the summer of 2019.

During that time the bridge will be completely closed for approximately two months, with traffic detoured around it; an alternative borough officials opted for when they learned keeping one lane open would mean a lengthy construction timeline.

Smith said PennDOT is asking the borough to enter into a maintenance agreement to help maintain its portion of the sidewalk on the bridge.

“We have to see what the details (of that) are,” he told council. “I’m not quite sure what that all entails.”