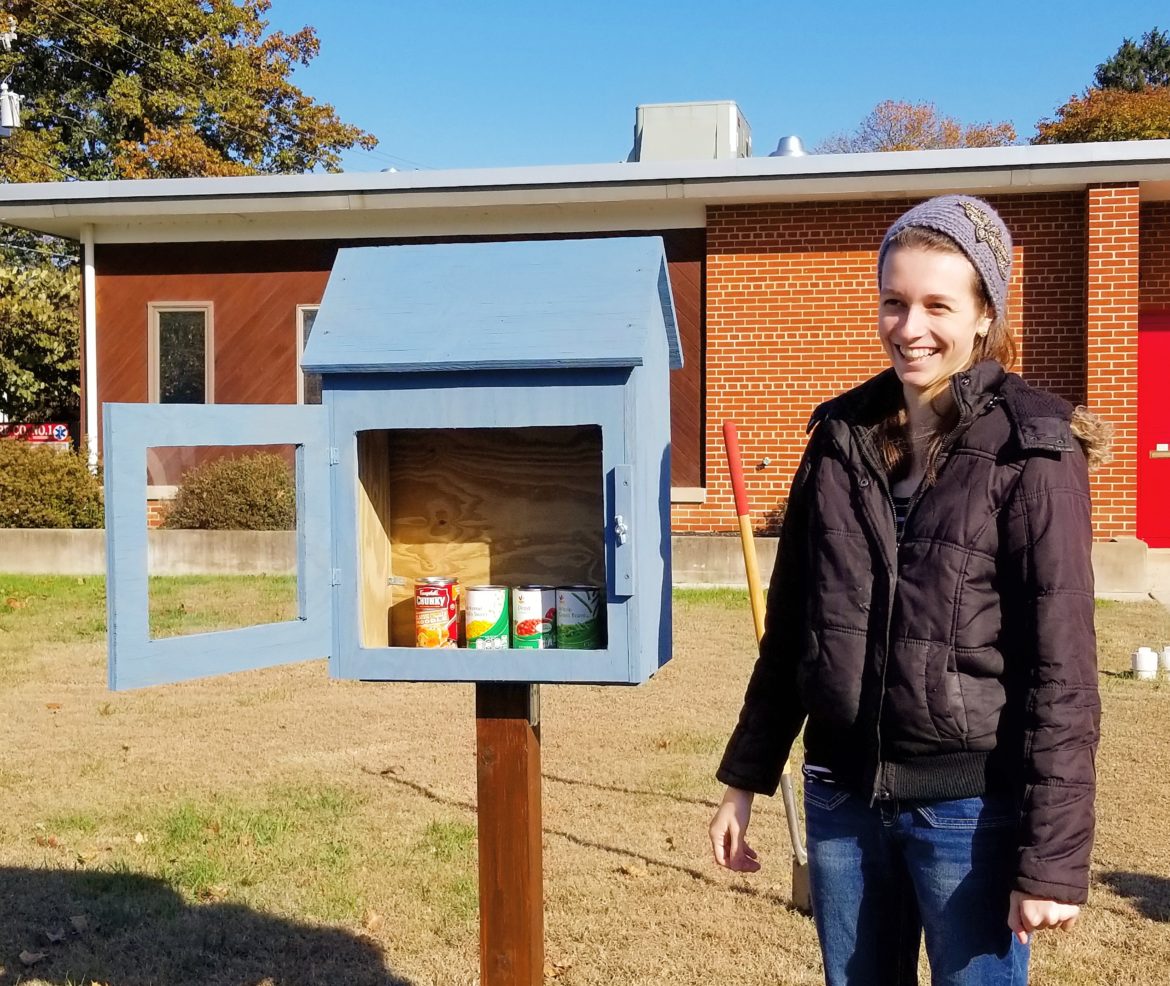 Volunteer Elizabeth Marlin beams after the micropantry whose construction she spearheaded was installed Sunday at Dewey Fire Company in Hellertown. 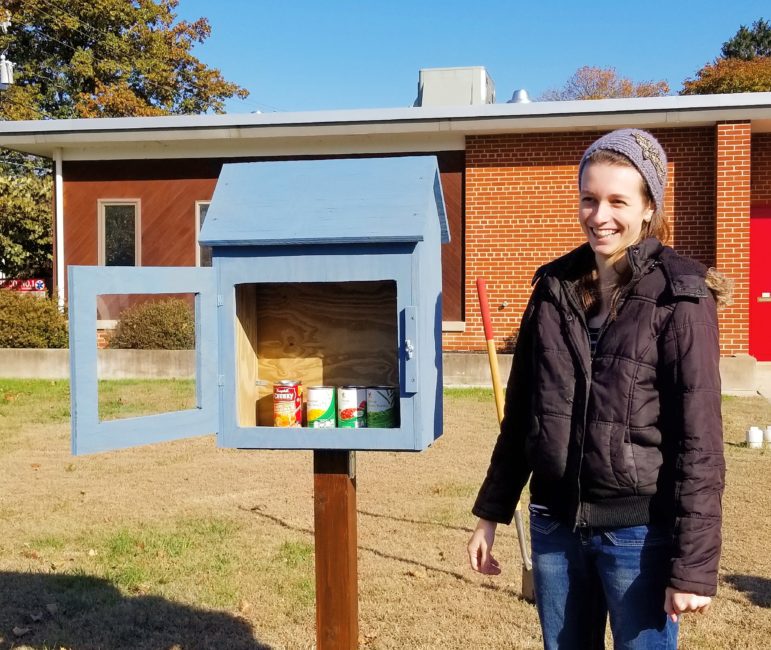 Volunteer Elizabeth Marlin beams after the micropantry whose construction she spearheaded was installed Sunday at Dewey Fire Company in Hellertown.

A micropantry is a small kiosk that functions as a miniature food bank, with the difference that food donations are available for the taking 24/7.

If you have a few extra nonperishable food items to donate, you can place them in this kiosk (which is on the Tobias Drive side of the building) at any time. If you ever need a few cans to help feed your family, you can take them–no questions asked.

Much like the popular Little Free libraries that have been appearing around the Saucon Valley, the philosophy behind the micropantry project is “leave a can, take a can” (instead of “leave a book, take a book.”

The micropantry is the end product of a true community effort–by and for local residents–and an affirmation of Dewey’s slogan: “Neighbors helping neighbors.”

Dewey Fire Co. Chief Mike Maguire said the planning for this installation began in the spring.

Just in time to help provide another charitable resource for local families in need, another micropantry will be installed by Marlin and friends at Hellertown Borough Hall next week. 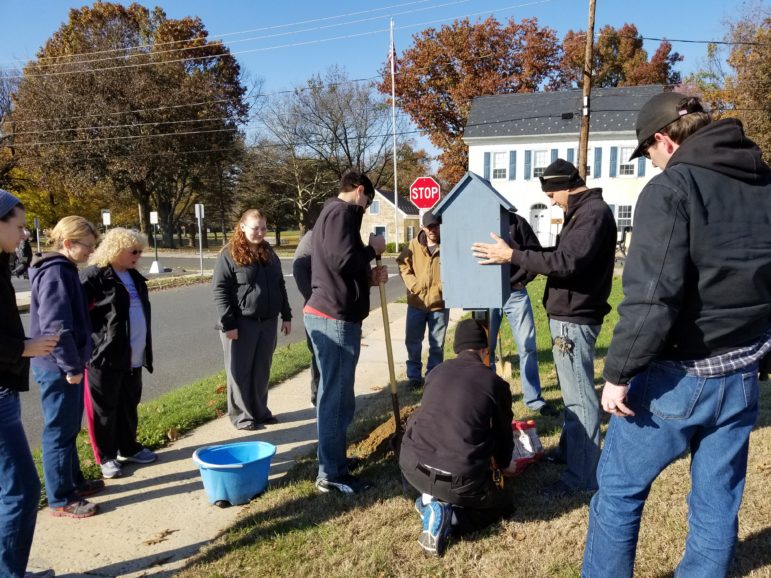 Volunteers from Dewey Fire Co. put the finishing touches on the new micropantry kiosk outside the fire station along Tobias Drive Sunday.