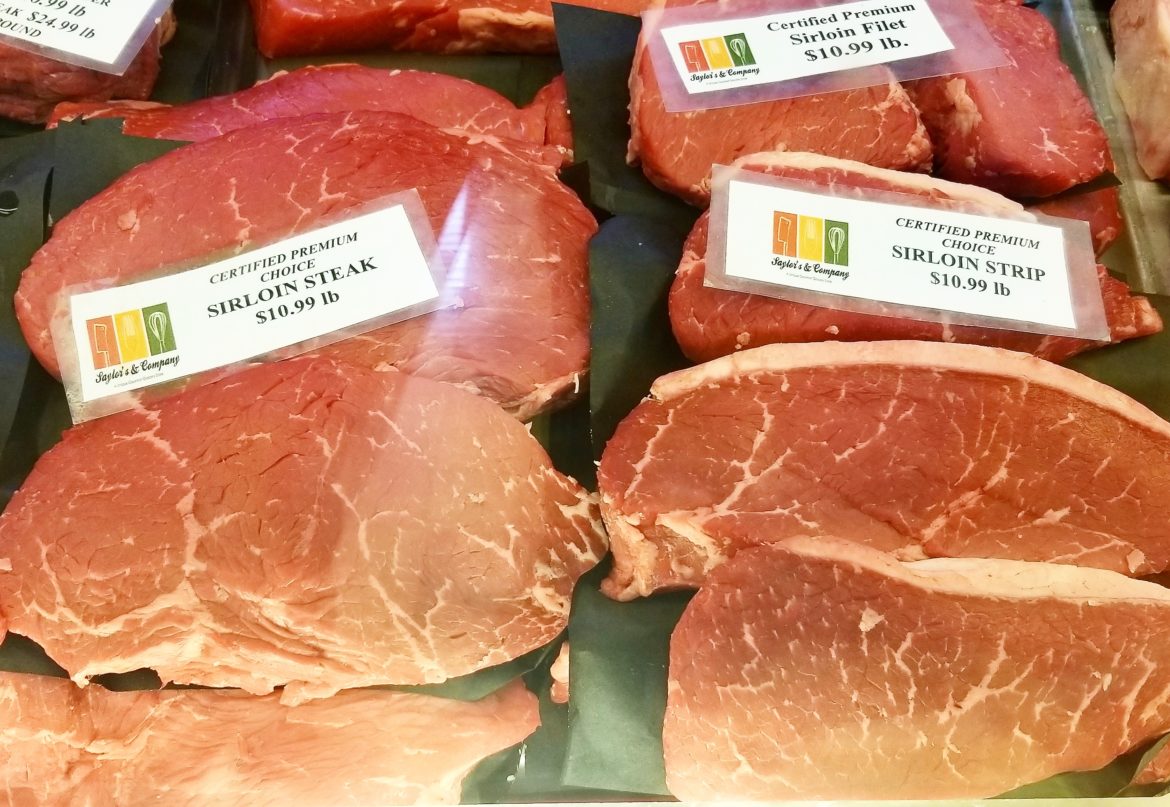 Steaks in a refrigerated display case at Saylor's & Co. in Hellertown 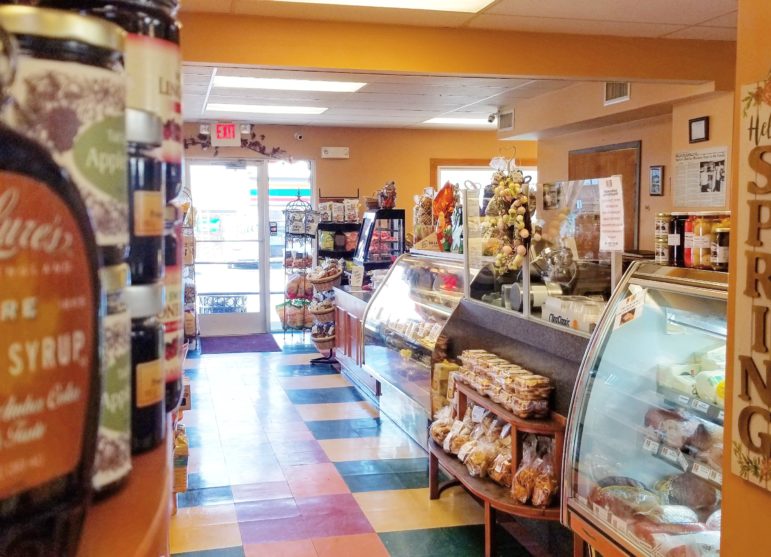 If you read an article on LehighValleyLive.com Tuesday about food safety violations at local establishments and wondered why Saylor’s & Co., a well-known and popular Hellertown butcher shop and specialty food purveyor, was on the list with 34 reported violations, business owners, husband and wife Tim Mease and Maria Verzino, want you to know that in their opinion the article and the inspection reports it was based on don’t tell the whole story.

Mease and Verzino explained Tuesday that the number of violations Saylor’s recorded last year was in part because the store was inspected four times.

Typically a food-related business is only inspected once a year, but an inspection is also required whenever new equipment is purchased, and Mease said several equipment purchases in 2017 resulted in additional surprise inspections by the Pennsylvania Department of Agriculture Sanitarian for Northampton County.

“Inspectors have an important role,” Mease acknowledged in going over the four retail food facility inspection reports from February, March, May and October 2017.

However, what they choose to cite an establishment for can be subjective and may depend on the individual conducting the inspection, both said.

Most of the 34 violations they said were minor in nature and involved things like a spoon inadvertently placed in a hand-washing sink, a spoon stored with its handle pointing down, and a small piece of duct tape peeling off a cooler door. Correcting that particular violation was as simple as replacing the piece of tape that was detached at one corner with a new piece.

“A lot of these things you learn when (the Sanitarian) comes to you,” Verzino said. “The rules change constantly.”

According to Verzino, the Department of Agriculture doesn’t inform businesses like Saylor’s about new or updated rules, which makes it hard to avoid getting surprised by violations.

One of the critical violations the Sanitarian reported last February following his inspection of Saylor’s was “potential rodent harborage areas inside the food facility, observed in the basement area…due to clutter.”

According to Mease, the clutter was actually empty cardboard boxes that were in the basement awaiting recycling.

A report of “fly like activity…observed in rear kitchen food processing areas” was overblown, he said, because there was only one fly that somehow got into the building.

In another case, a demerit was recorded because an item was left out while an employee carried other items upstairs, having picked up too much to hold, he said.

“You could go to any food business and it’s going to be the same thing,” Mease said. “We’re all human. We all make mistakes once in a while.”

After each violation is reported, it is corrected and the information is shared with employees at Saylor’s.

Anyone who wants to personally view the sanitation procedures in place at and overall cleanliness of Saylor’s & Co. is invited to do so, Mease said. 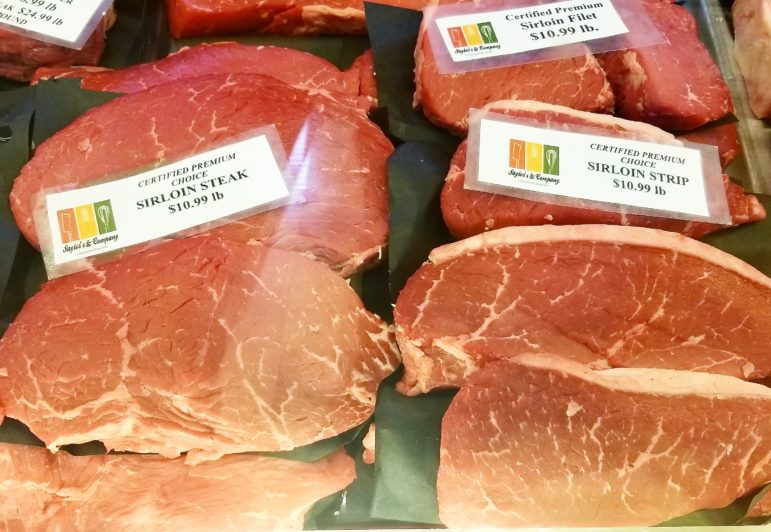 Steaks in a refrigerated display case at Saylor’s & Co. in Hellertown

“Everything we do here is personal. This is our baby,” he said, noting that they have been in business at 1105 Main St., Hellertown, for the past 11 years. “If anything is ever questionable to us, we don’t use it.”

Food safety inspection reports conducted by PA Dept. of Agriculture inspectors are public information and can be viewed on the department’s website.

It was those public reports that helped form the basis for the story published in the Express-Times Tuesday under the headline “The Lehigh Valley restaurants with the most health code violations in 2017.”

As of Wednesday, the article by Kurt Bresswein–which lists about 30 restaurants and food-related businesses with anywhere from 15 to 117 violations–had been shared more than 15,000 times.

Mease said he called the Express-Times, which publishes LehighValleyLive.com, to complain about the manner in which the story was written.

Mease said that if the company is going to publish violations, they should publish the complete list for each establishment, instead of cherry-picking the ones it wants readers to know about. He said he was not contacted by the reporter before the story was published.

“I think it’s horrible that the Express-Times can write something like that,” Mease said, adding that the food business is very different from the news business.