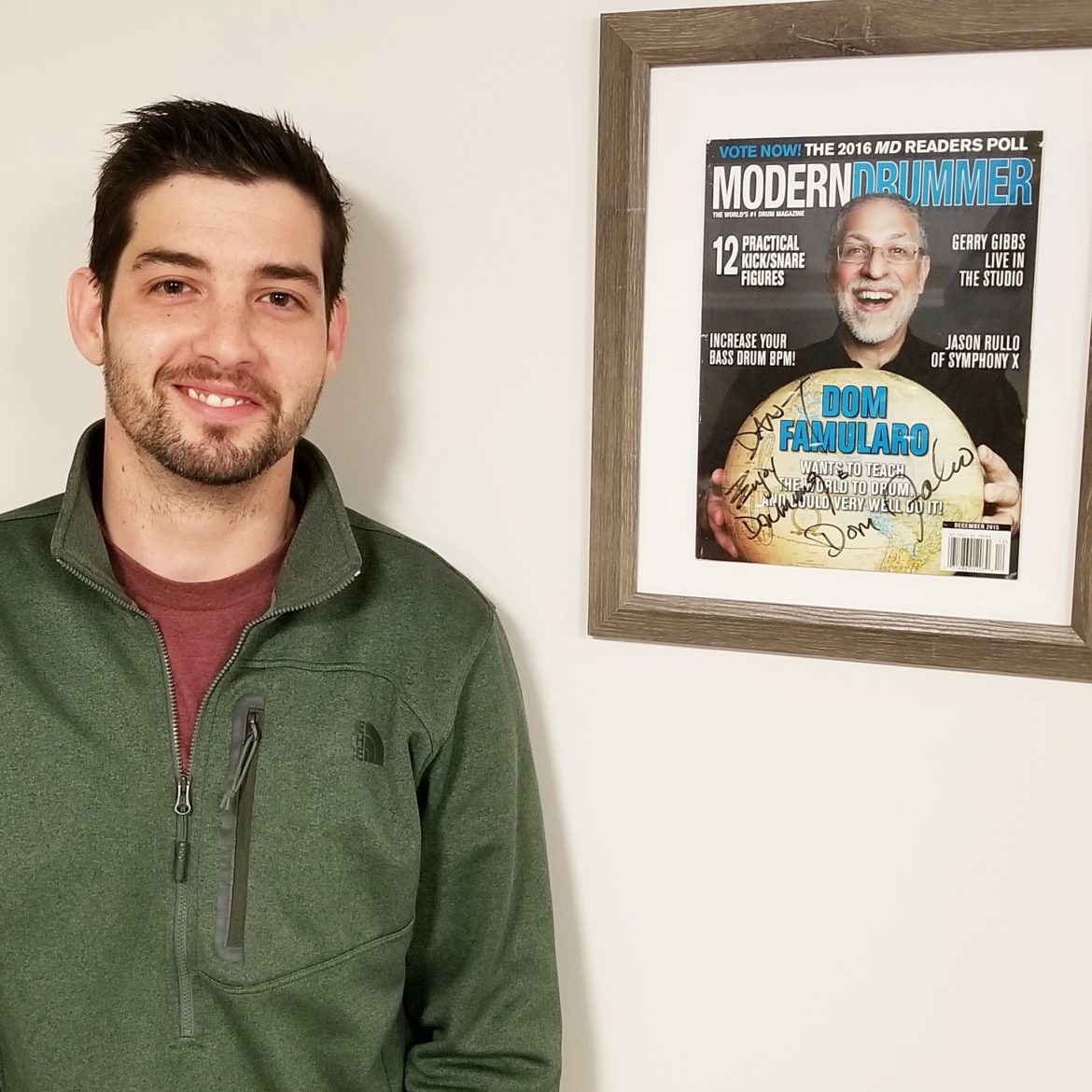 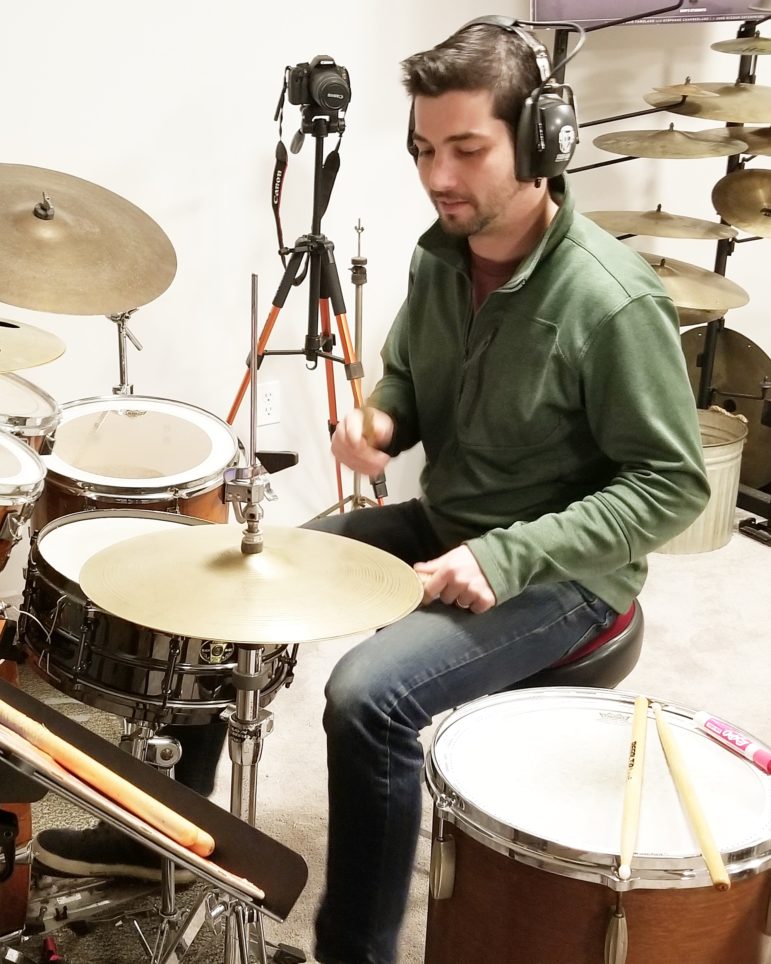 Dan Andree has been playing the drums since he was 12–and teaching for almost as long–and his passion for percussion has never wavered.

Andree, who is now 30 and the owner of a drumming school in Lower Saucon Township, began playing local gigs as a teenager, when he was a member of the Andree-Palos Connection (APC) at Saucon Valley High School.

During his high school years his band played Musikfest twice and he had dreams of attending the world-renowned Berklee School of Music, but a formal musical education wasn’t in the cards, he explained.

Instead, post-high school Andree studied under and was mentored by several renowned professional drummers, played in various bands and taught at a number of music schools around the Lehigh Valley.

Tommy Igoe, who has performed in the Broadway production of “The Lion King,” was one of his first teachers after high school.

“He helped me with my reading–everything I needed to get to go where I wanted to go,” recalled Andree, who studied with Igoe for four years.

Later he was taught by Buddy Deppenschmidt, a Bucks County drummer who was a musical pioneer in the early 1960s, when he visited South America on a Kennedy-era State Department-sponsored cultural exchange that had a lasting impact on the evolution of music in the U.S. and abroad.

Andree said Deppenschmidt and his cohorts helped bring the bossa nova back to the U.S., where they fused it with jazz and created a fusion style of music that was popularized in the 1960s by Stan Getz and others.

He then went on to study with Dom Famularo, who was instrumental in opening China up to modern drumming and has also been one of only a few well-known drummers to teach clinics in the Middle East, Andree said. 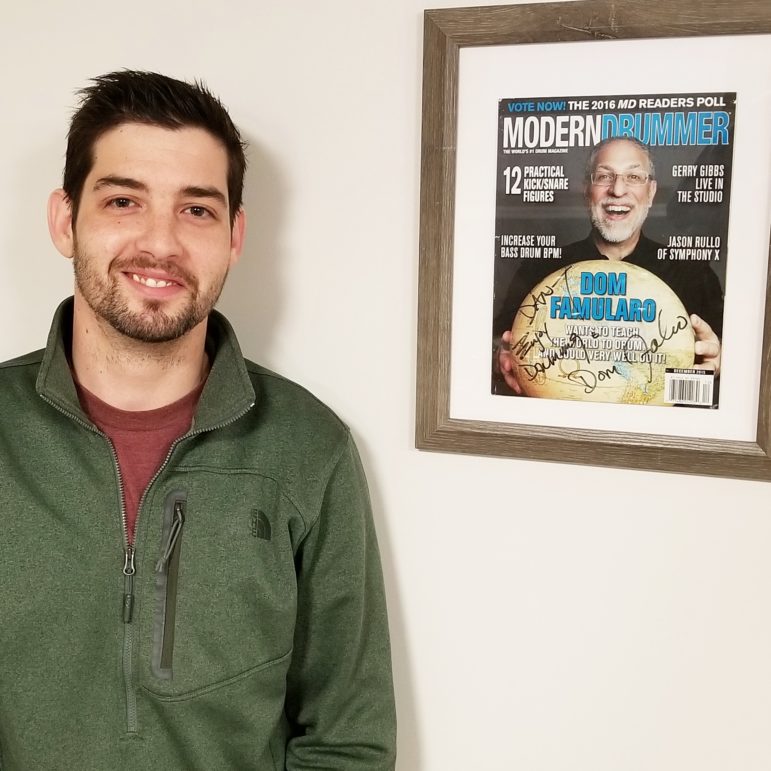 If you study with Andree, you’ll quickly learn that an appreciation for the history of drums, up to today, is an essential part of his teaching method.

A genealogical chart that traces the roots of modern drumming has a prominent place in his studio.

He is also conscious of the fact that with his current students–most of whom are in the age range of 7 to 18–he is more than just a drum teacher.

“You’re a mentor. You’re a friend. You’re a drill instructor,” he explained. “The whole idea here is to get the students to be doing what I’m doing in half the time or less.”

Andree’s academy is located in a custom-built, soundproof studio at 3535 Old Philadelphia Pike, Bethlehem, and it’s where he teaches more than 30 students weekly. In addition to in-person lessons he also teaches via Skype.

“What I do here is I help students build foundations–foundations that will last forever,” he said. “When they go to college, they are ready to go there.”

Most of his students are school age, but he has taught children as young as four and adults as old as 82. He noted that he has recently started giving lessons to more adult students. For some, drumming is something they always wanted to do, but perhaps didn’t have a chance to try in their youth.

Male drumming students still outnumber females by a significant percentage, but that is also slowly beginning to change, Andree said.

To help motivate his students, he uses things like incentive boards that keep track of who has drummed the most beats per minute.

Andree isn’t a member of any bands, but he does perform as a freelance session musician–playing everything except death metal–which has allowed him to fill in and work with some of the best bands in the area.

He also reviews and test products for percussion manufacturers, suggests ideas to them and participates in industry business panels and webinars.

But his first love and what motivates him daily is teaching.

“I’m trying to create a reputation in the music business as the guy you can call and learn music like (snaps fingers),” Andree said, noting that he also plans to work on some instructional books in the future.

A video about Andree and his school recently produced by the On The Go With Justin Kline Facebook local video channel can be viewed here.