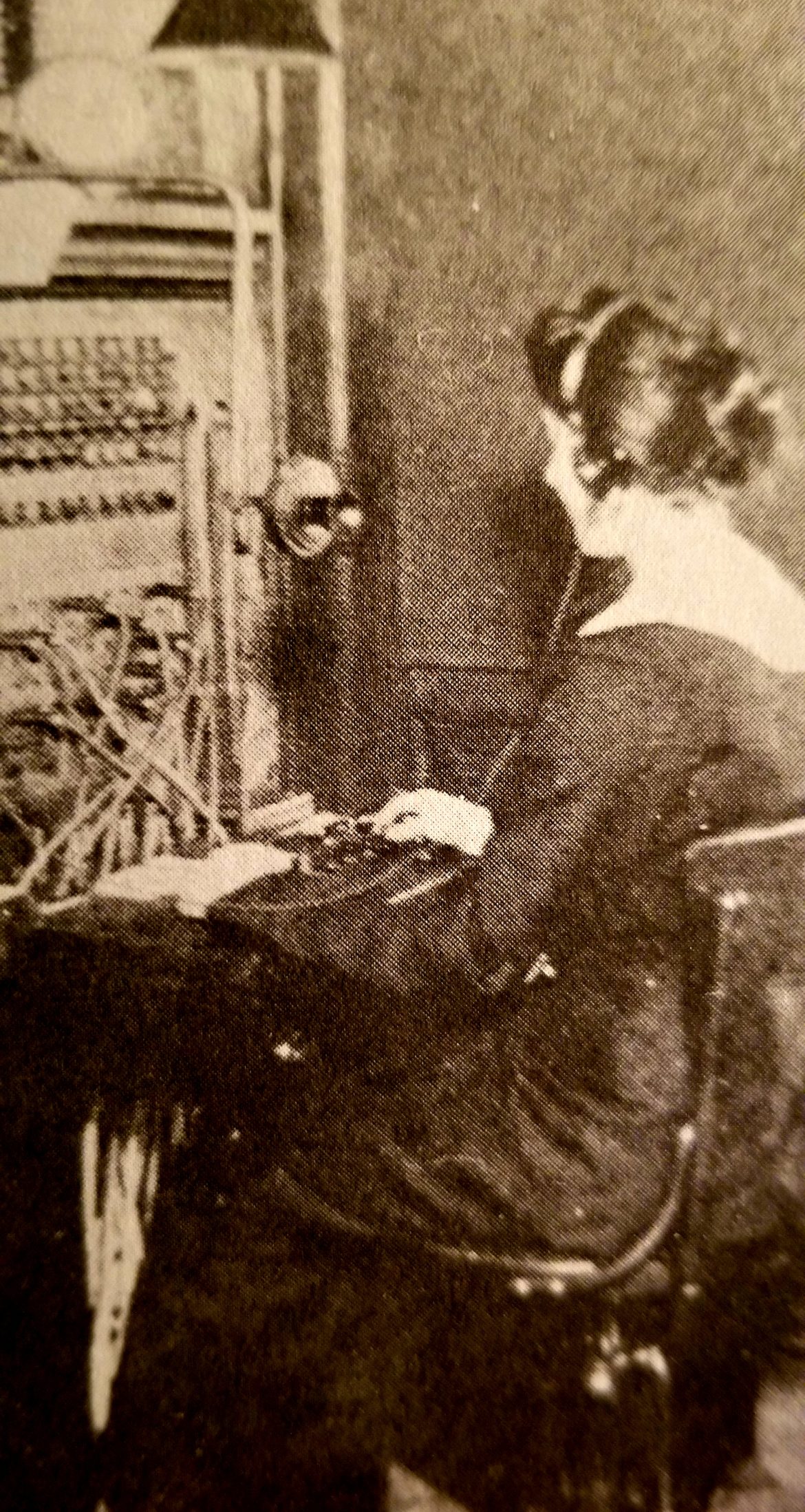 In an era when many people go without landlines–in favor of their cell phones–the notion that a landline was once considered a luxury may seem quaint. But for much of the 20th century, telephones in the home were a novelty and certainly not something to be taken for granted.

Hellertown was no exception to this rule, and the following brief history of telephone service in the borough–which originally appeared in Hellertown, Pa., Centennial, 1872-1972–bears that out. Note that the number of telephones in the borough increased by nearly 15 times in just over 40 years.

Before direct dialing came to Hellertown in 1938, all telephone calls were placed through an operator. The first switchboard in town in the 1890s was at Deemer’s Store (now Stern’s Market)*. Later in 1909 or 1910 it was located in Ruch’s Store further south on Main Street. The photograph (below) from Bell Telephone News, 1916, portraying an unidentified operator, was captioned “At Hellertown, Pa., the wallpaper and surroundings give an atmosphere of home. Titus M. Ruch is the agent.” For over 20 years Mrs. Elsie Bergstresser was the local switchboard operator. Her operating capabilities always included a close personal relationship with the community, local happenings, where “so and so” could likely be reached, and how to handle emergencies. The number of telephones in 1930 numbered 248 and currently stands at 3,542.

*This history was written in 1972. What was then Stern’s Market is today the Law Offices of Bradford D. Wagner at Main and Water streets. 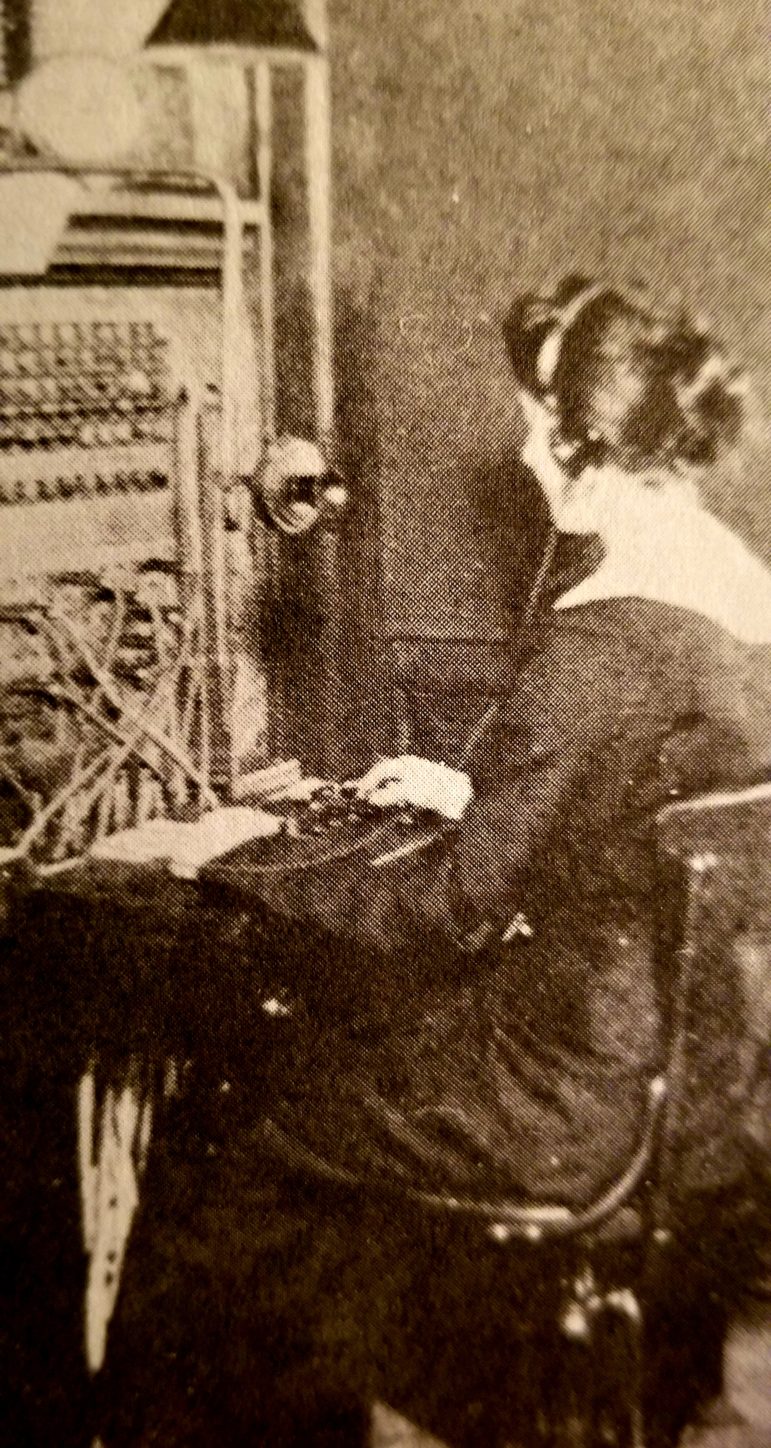