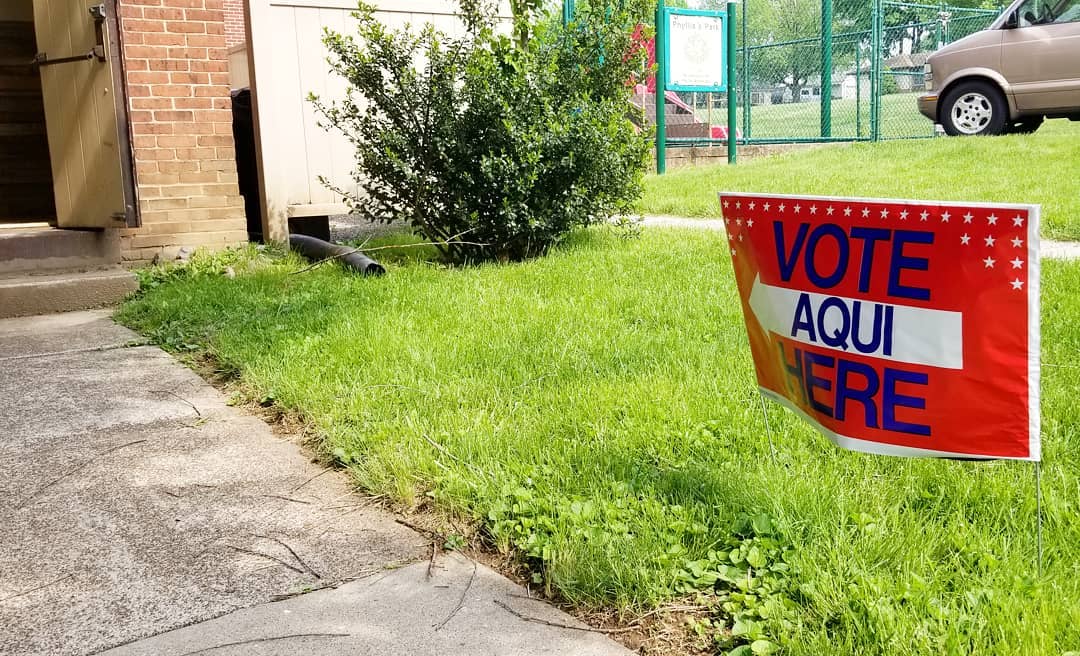 A sign outside the polling station at the Saucon Valley Community Center on Northampton Street in Hellertown directs voters to the polls.

On a hot and humid primary election Tuesday that had turned stormy by late afternoon, turnout was comparatively low, despite high-profile races in the area and beyond. 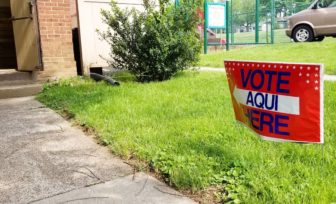 A sign outside the polling station at the Saucon Valley Community Center on Northampton Street in Hellertown directs voters to the polls, where turnout was light.

While Northampton County District Attorney John Morganelli was the top vote-getter in the 7th District Congressional race in Northampton County by a healthy margin, he lost the Democratic nomination to attorney Susan Wild, who garnered significantly more votes in Lehigh and Monroe counties and was ahead of him by about five percentage points–or 1,600 votes–with more than 90 percent of precincts reporting unofficial tallies district-wide Tuesday night.

On the Republican Congressional primary ballot, former U.S. Olympian and Lehigh County Commissioner Marty Nothstein was the declared winner albeit with a razor-thin majority over businessman Dean Browning.

Lee received 571 votes among the township’s five precincts, according to the unofficial results.

State Rep. Robert “Bob” Freeman–who represents Hellertown borough and part of Lower Saucon Township as representative for the 136th legislative district in Northampton County–ran unopposed in his primary and does not have a Republican challenger.