A yard was flooded along Lower Saucon Road near Easton Road, after the east branch of the Saucon Creek spilled its banks. 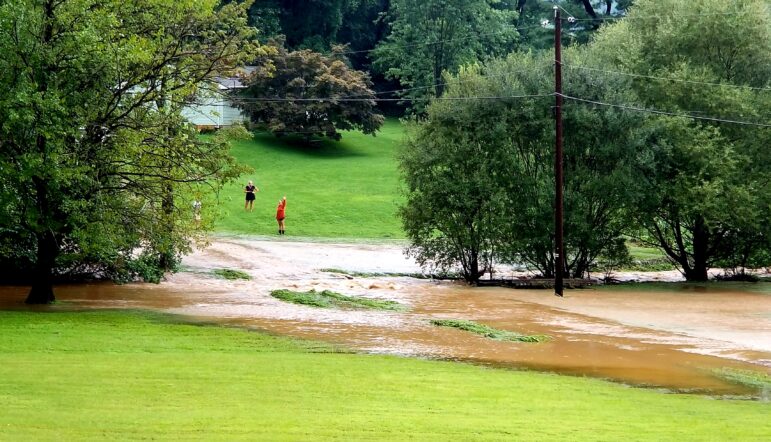 Torrential rain from a slow-moving line of thunderstorms that trained across the Saucon Valley and Southern Lehigh areas Saturday afternoon resulted in flash flooding in the Wassergass area of eastern Lower Saucon Township.

Numerous roads were closed due to flooding at least temporarily, and at least one water rescue was reported on Easton Road, which was flooded by the east branch of the Saucon Creek in the area of Kunsmans Corners. A number of yards in that area became lakes, after inches of rain fell in a matter of just a couple hours and runoff from nearby hills overwhelmed the normally placid stream. 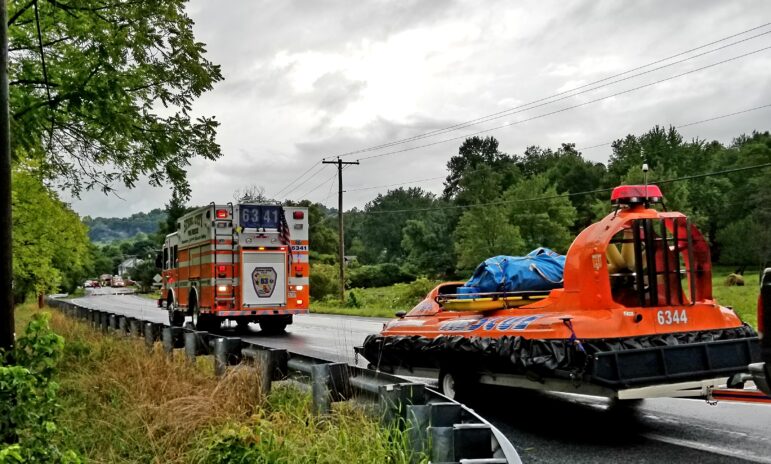 At least one water rescue had to be performed by volunteers from Steel City Fire Department on Easton Road in Lower Saucon Township Saturday, following flash flooding in the Wassergass area.

Lower Saucon Road–a primary north-south thoroughfare in Wassergass–was closed from Alpine Drive to Easton Road until flood waters receded. However, washout debris remained strewn across parts of the roadway as well as other roads in that area, including Alpine Drive, Apple Street and Mockingbird Hill Road.

On Easton Road by Ringhoffer Road, flooding caused structural damage to the metal grate bridge by the Lower Saucon Sportsmen’s Association property, and the bridge will remain closed indefinitely, township authorities said. As of 5 p.m. Easton Road was closed at Mockingbird Hill Road. 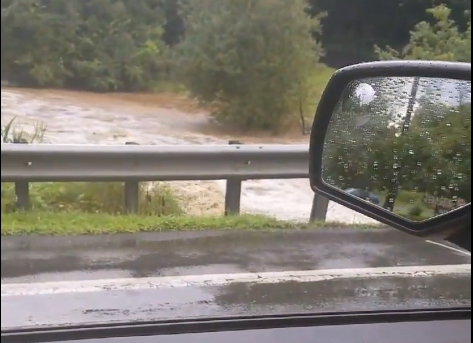 Following torrential rainfall Saturday, the East Branch of the Saucon Creek rushes underneath the metal grate bridge on Easton Road at Ringhoffer Road in Lower Saucon Township. The flooding has caused structural damage to the bridge, which will now remain closed indefinitely, authorities said. (CONTRIBUTED PHOTO) 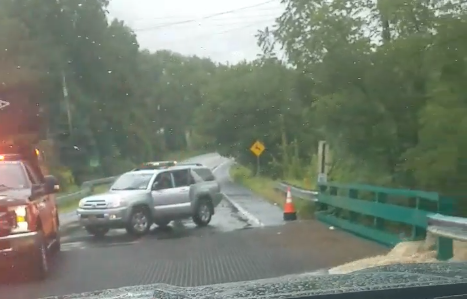 PennDOT is in the process of setting up detours around the closure, according to a Lower Saucon Township Police Department post on their Crimewatch page.

Hellertown borough seemed to have been spared the worst of the flooding, although creeks in the area rose dramatically as a result of the deluge, and with additional rainfall they could crest above flood stage.

The National Weather Service has extended its flash flood warning for the area that includes all of Hellertown borough and Lower Saucon Township until 7:30 p.m. Saturday.

A flash flood warning means flooding is occuring or is imminent.

The heavy rain Saturday also impacted an event many Saucon Valley residents were or will be attending: Musikfest in nearby Bethlehem.

The festival temporarily closed Saturday afternoon and the festival grounds near the Monocacy Creek were evacuated, but as of 4 p.m. it had reopened, according to a Facebook post.

See Facebook Live video of some of the flooding in the Wassergass area below, and please share your video and/or photos with us on our Facebook page.

A yard was flooded along Lower Saucon Road near Easton Road, after the east branch of the Saucon Creek spilled its banks. 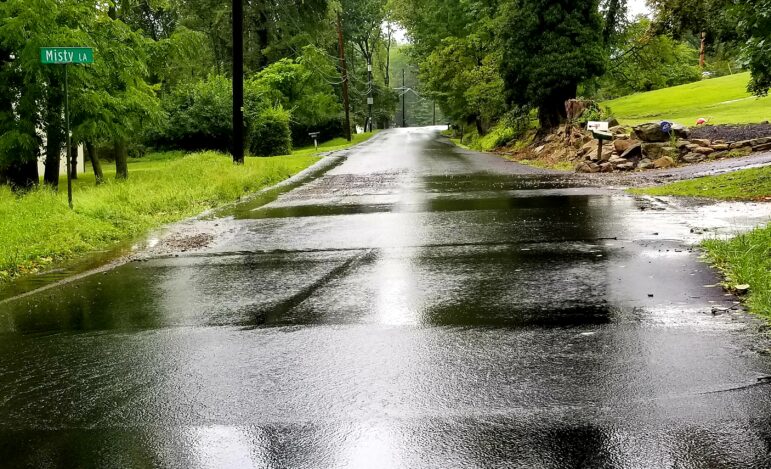 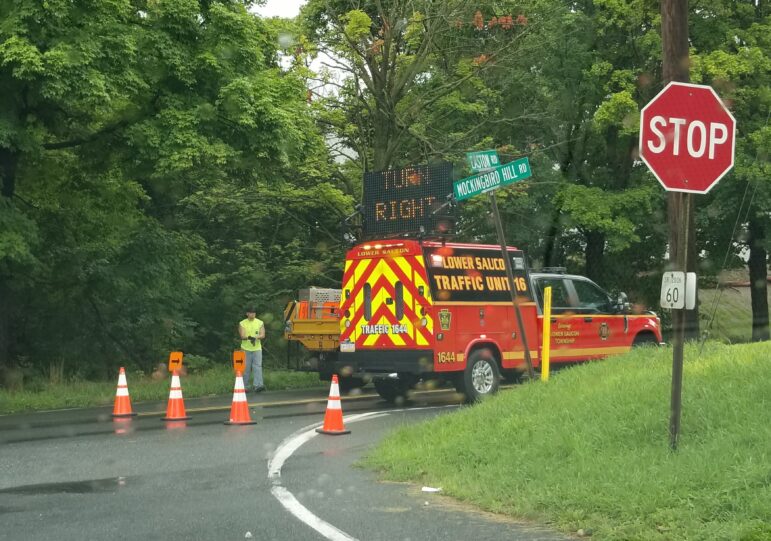 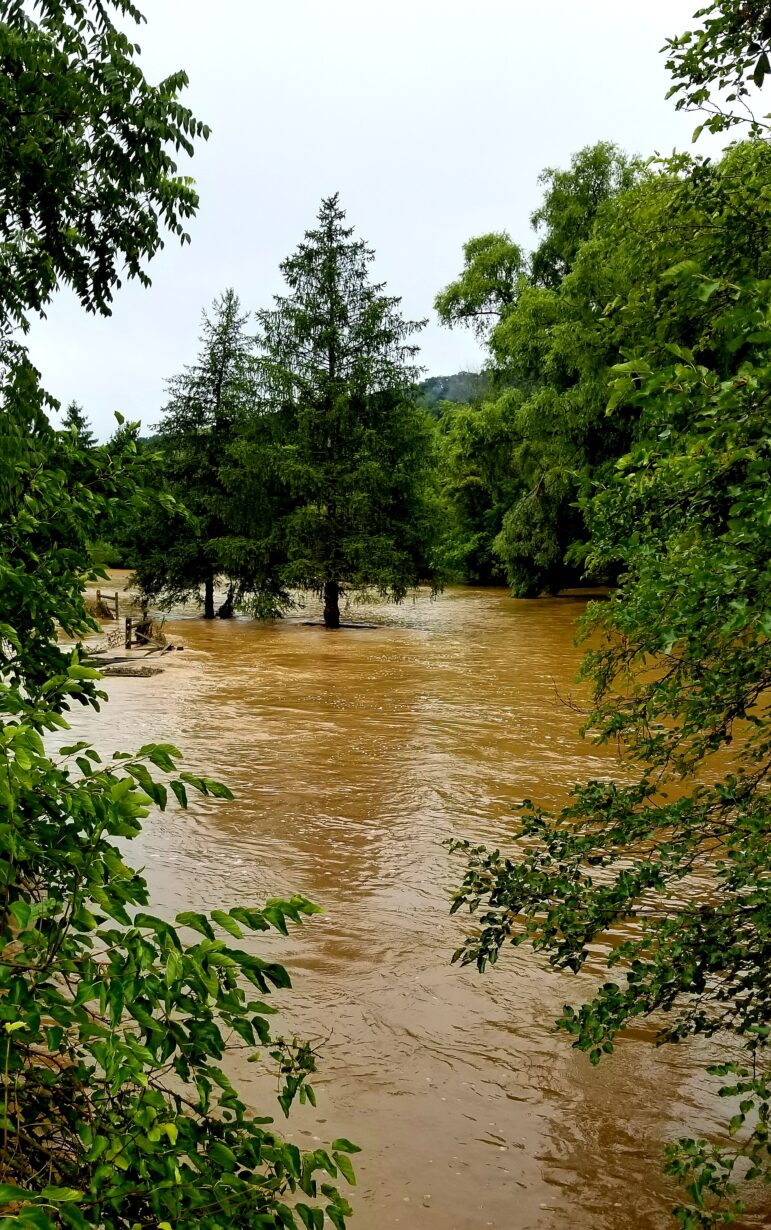