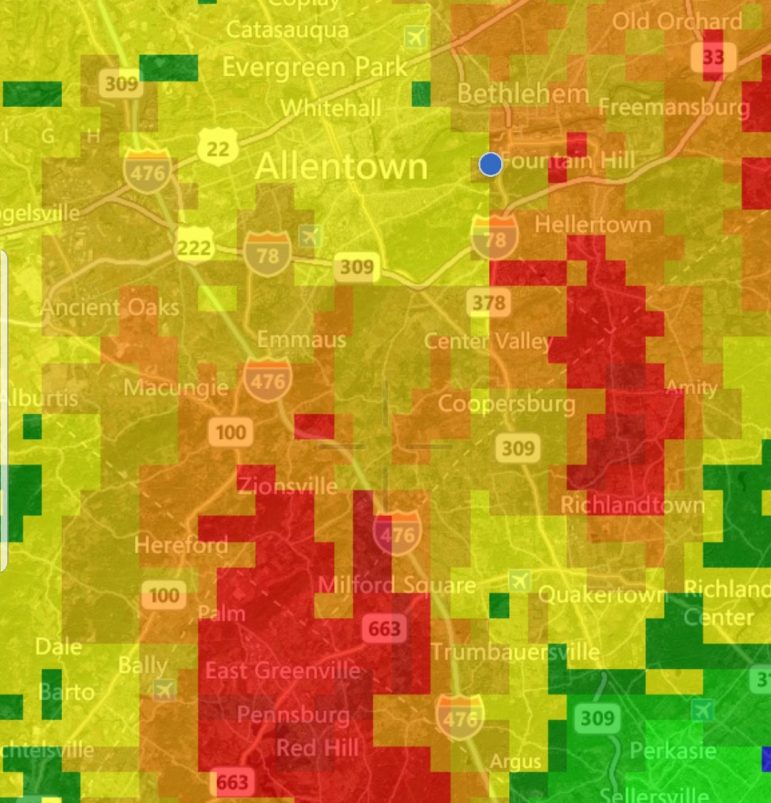 Severe weather impacting east central Pennsylvania prompted the National Weather Service to issue both tornado and flash flood warnings for the Saucon Valley and other nearby areas late Friday evening.

According to the NWS, at 10:47 p.m. radar indicated that “a severe thunderstorm capable of producing a tornado was located over Gilbertsville, or 18 miles east of Reading, moving northeast at 35 mph.”

The storm is expected to reach Quakertown and Perkasie around 11:15 p.m. and Pleasant Valley, Springfield Township, around 11:20 p.m.

“Other locations (that could be) impacted by this tornadic thunderstorm include Harleysville, Boyertown, Pottsgrove, Red Hill, Freemansburg, Brittany Farms-Highlands, New Britain, Pennsburg, Palmer Heights and Coopersburg,” the warning stated.

Anyone in the path of the storm should consider moving to a basement or interior room on the lowest floor of a sturdy building and avoid windows.

A flood warning for Northampton and Lehigh counties, as well as northwestern Bucks County, has also been issued until 4:45 a.m.

The National Weather Service stated that as of 10:45 p.m. up to two inches of rain had already fallen across the impacted area, with additional rainfall amounts of one to two inches per hour possible in the warned area.

According to posts on the Rapid Response News Facebook page, there has been serious flooding along Rt. 309 between Lanark and West Saucon Valley roads in Upper Saucon Township as a result of the heavy rain that has already fallen. The page also reported that a tractor-trailer driver had to be rescued from his rig after “contacting a bridge” at mile marker 60.5 on I-78 eastbound in Upper Saucon Township.

Motorists should be especially cautious when driving at night in heavy rain, as it is harder to recognize the dangers of flooding, the NWS said.

A flood warning means that flooding is imminent or occurring.