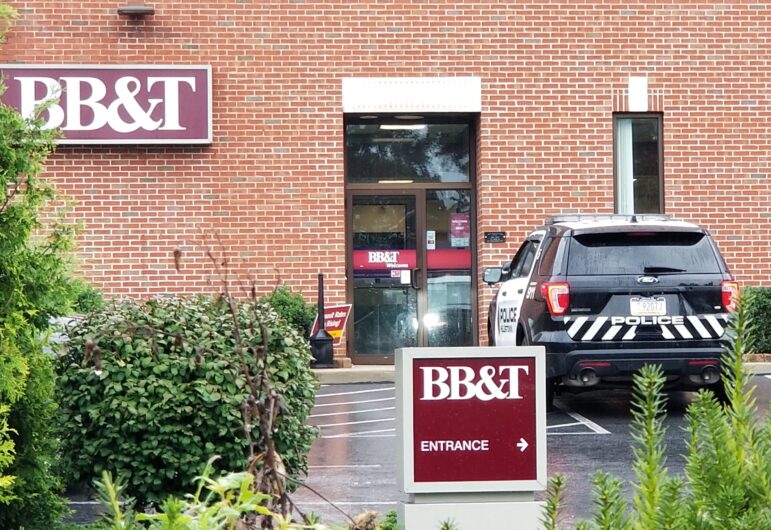 A Hellertown Police SUV is parked outside the BB&T bank branch at 741 Main Street shortly after a robbery took place there on Monday, Sept. 17, 2018. Lower Saucon Township resident Kurt M. Laudenslager, 47, was later charged with the crime. (FILE PHOTO)

The Lower Saucon Township man who is accused of robbing a Hellertown bank in September is now facing federal charges in addition to the charges he already faces in Northampton County.

According to a Morning Call story published Monday, Kurt M. Laudenslager, 47, of the 1900 block of Skibo Road, is charged with allegedly assaulting and jeopardizing the lives of bank employees by using a dangerous weapon, according to an indictment filed in U.S. District Court last week.

The indictment alleges that Laudenslager stole $2,500 in the robbery, according to the article.

Laudenslager is charged in Northampton County with Felony 1 Robbery and several other felonies in connection with the Sept. 17 robbery of BB&T, 741 Main St., Hellertown.

He remains incarcerated in Northampton County Prison in lieu of $75,000 bail, according to court records, which indicate that a pre-trial conference in his case before Judge Michael J. Koury Jr. is scheduled for Feb. 8.