Coopersburg Borough launched the initial phase of its comprehensive Streetscape and Rail Trails Plan with a celebratory groundbreaking last week. The purpose of the project is to make Coopersburg a safer and more walkable, drivable, bicycle-friendly, accessible and connected community, according to a news release from the borough.

“Coopersburg is the quintessential ‘Small Town America,’” said Jack Felch, Borough Council President. “For the better part of the last two centuries, Coopersburg Borough has served as the town center of southern Lehigh County. This comprehensive streetscape and rail trails plan will celebrate our history and enhance our community’s growth far into the 21st Century.”

The improvements will be made along a half mile of E. Station Avenue which links the Saucon Rail Trail to Third Street (Rt. 309) and Coopersburg’s historic town center on Main Street.

This phase of the project is projected to cost $1.6 million, with a PennDOT Transportation Alternative Program grant covering $1.2 million and the borough covering the balance of the cost. It is scheduled for completion by fall of this year.

The design was completed by Michael Baker International engineers of Fort Washington, Pa., and Architerra landscape architects of Coopersburg.

The construction contract was awarded through PennDOT bidding procedures to Baseline Contracting of Coplay.

State Sen. Pat Browne (R-16) said of the project, “This infrastructure investment by the Commonwealth serves as the foundation for the economic revitalization of Coopersburg, and stands as a model for our older, smaller communities.”

Coopersburg officials are also looking forward to the completion later this year of a new half-mile recreational “Liberty Bell Trolley Rail Trail” within the borough-owned right-of-way for the former Liberty Bell Trolley. This project will cost approximately $450,000, with a Pennsylvania Department of Conservation & Natural Resource grant covering $225,000 and Coopersburg covering the balance of the cost, the news release indicated.

Future phases of the Streetscape and Rail Trails Plan include similar streetscape enhancements of Main Street and State Street, the creation of a Town Center Public Square park and the half-mile extension of the Saucon Rail Trail from E. Station Avenue to the Lehigh-Bucks County line. That expansion will complete the eight-mile Lehigh Valley portion of the Saucon Rail Trail from Hellertown to the Bucks County line.

Much of the future Streetscape and Rail Trails phases are already under grant agreements and under design for completion in 2020, borough officials said.

Felch expressed appreciation to Browne for his guidance and state funding advocacy, specifically the Multi-Modal Transportation Fund, and to State Rep. Justin Simmons (R-131) for his support for the project, as well as to Ken Mohr, who has served as a resident-volunteer in guiding the development of the Streetscape Plan and as a grant writer for the borough. He also thanked borough staff and the Lehigh Valley Planning Commission for their support and hard work, as well as QNB Bank and the Greater Lehigh Valley Chamber of Commerce Foundation for their financial support for this project phase.The Lehigh Valley Planning Commission stated, “Coopersburg’s Streetscape and Rail Trails Plan and implementation is a perfect example of intergovernmental cooperation of a transportation infrastructure project. … Through multimodal linkage, Coopersburg has chosen to take advantage of the development surrounding the Borough, rather than being victimized by that development.” 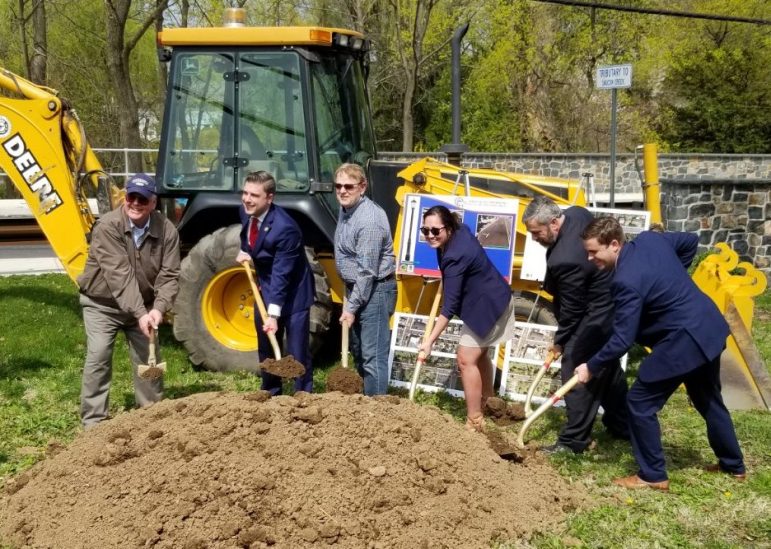