UPDATE (July 17, 2019): The opening date for Wings on Main in Hellertown is now Friday, July 26, following a ribbon-cutting ceremony that will be held at 5:45 p.m. with the Hellertown-Lower Saucon Chamber of Commerce​. The opening was originally planned for earlier this month. For more information and updates about the opening please refer to the Facebook event: Wings On Main Ribbon Cutting Ceremony​.

For months there has been curiosity-fueled speculation by Saucon Valley residents about what will replace Hellertown’s 1774 Grille & Tap, which closed in November.

Now, the answer is official.

The former fine dining restaurant at 605 Main Street will soon be a sports bar and restaurant called “Wings on Main.”

Owner Jay Tulio said he expects to open the new establishment by July 1. 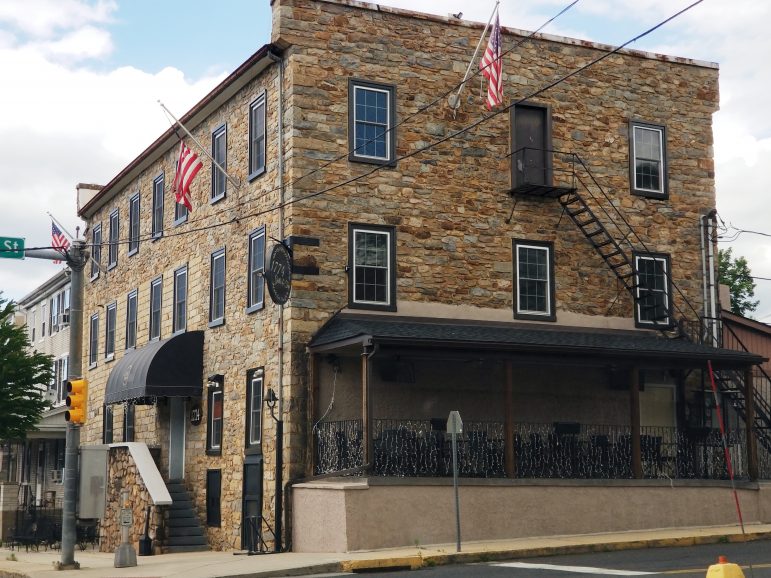 A new sports bar called Wings on Main will soon open at 605 Main Street in Hellertown.

He said the menu at Wings on Main will be different from Crossroads’ menu, although it will share at least one similarity.

Cheesesteaks will be on it, he said, but they won’t be identical to the steak sandwiches served at Crossroads.

Like the Wagon Wheel, Wings on Main will offer more than 40 different wing flavors.

Wednesday and Thursday night will be all-you-can-eat wing nights at Wings on Main, when customers can feast on wings to their heart’s content.

Also on the food menu will be burgers, sandwiches and a wide variety of starters.

“It will be an app-heavy menu,” said Tulio, who added that there will be weekly food specials in addition to “a lot of beer specials,” such as a daily Miller Lite draft special.

Wings on Main will have 12 different beers on tap, including popular domestics and some craft brews. Six-packs, 12-packs and 40 oz. bottles will be available for takeout, along with food.

An additional 12 flatscreen TVs are being installed around the full bar and dining areas, which will bring the total number to 22, including two outside TVs that are on the patio.

Tulio said the decision to open Wings on Main was made because his family “feel that there’s an opportunity here in Hellertown.”

“I think a sports bar will do well in this area,” he said. “There’s not really anything like that (here).”

Amy Tulio, Jay’s mom, noted that customers at Crossroads frequently ask whether the Wagon Wheel’s wings are available there.

In keeping with the sports bar theme, Wings on Main will be decorated will all different types of athletic memorabilia, she said.

The restaurant will also have a jukebox, and will host promotions and special events.

The management for the new restaurant is in place, but Jay said he is still hiring for all of the regular positions that need to be filled.

Interested parties should stop by Crossroads, 1443 Main St., Hellertown, to complete an application.

Social media is not yet set up for Wings on Main, but will be soon, and Tulio said he also plans to launch a website for the restaurant sometime after it opens.

Although parking in the area of the restaurant is somewhat limited, he said he is actively working on expanding it either via negotiation with a nearby property owner or by purchasing additional property that could be converted into parking.