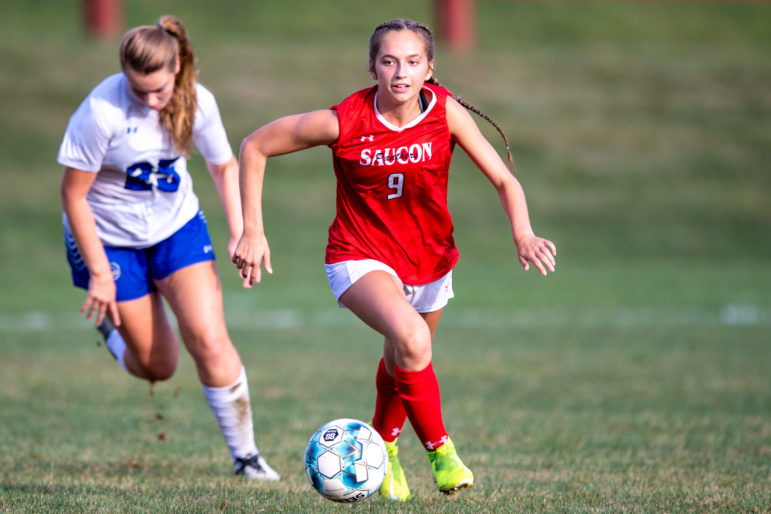 The Panthers cruised past Palmerton to achieve another victory Thursday.

It was Saucon Valley (4-0 Colonial League, 4-2 overall) overpowering Palmerton (0-3 Colonial League, 1-3 overall) in the first half of their game Thursday, with plenty of pressure and a dynamite goal by senior striker Lauren Giles. Following a thunder delay, the Panthers went back to work re-directing most balls from midfield, preventing Palmerton from taking a single shot on goal. The score was 1-0 Panthers at halftime.

Palmerton responded with an offensive attack resulting in a Blue Bomber corner kick at 34:19 that was denied by sophomore defender Ava Albano, and another at 32:59 that was headed out by Gilbert.

Momentum back with the Panthers, midfield cleared a ball to Giles for her second goal of the game; a lofty spiral over the keeper’s fingertips with 12:03 on the clock. Pressing with 9:24 left to play, Riehl pulled the trigger from 15 yards out–nothing but net–to bring the score to a final 4-0.

In the Colonial League, Saucon Valley remains unbeaten and has not given up a single goal.

On their shutouts, freshman stopper Camryn Gonsalves commented that, “as defenders our main goal is to not get scored on. The fact that we played our first four league games without being scored on is a great accomplishment for our back line.”

Junior Varsity also beat the Blue Bombers by a score of 2-0.

Both goals were scored by senior Talia Avia who said, “It felt good to be able to contribute to the team and to know that my hard work has paid off!”

The Lady Panthers played on the road at Northwestern Lehigh in New Tripoli on Friday at 4 p.m.

Photos by Chris Christian. To see more, please scroll down or visit his website, where you can purchase these and other Saucon sports photos. 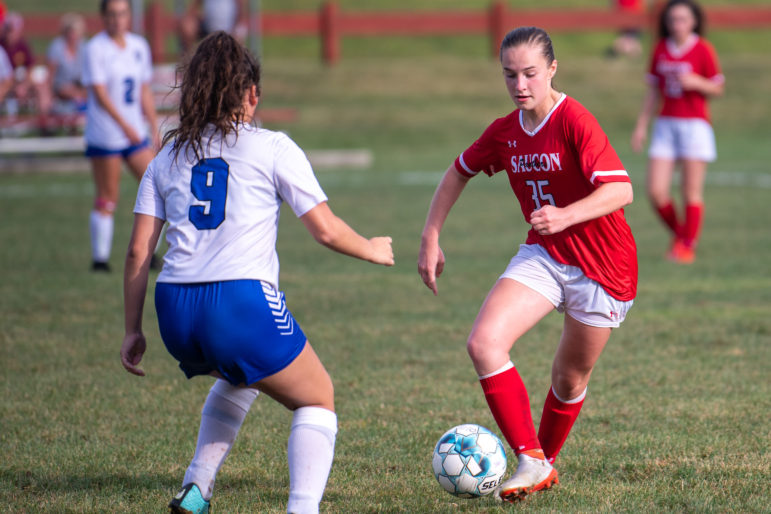 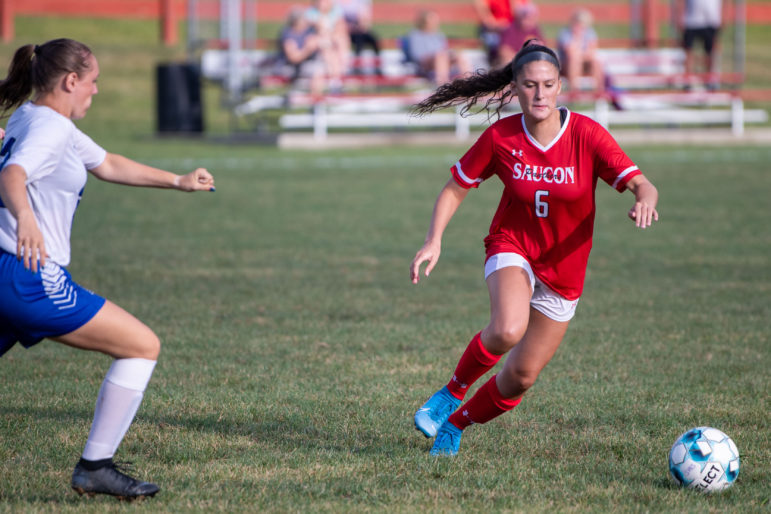 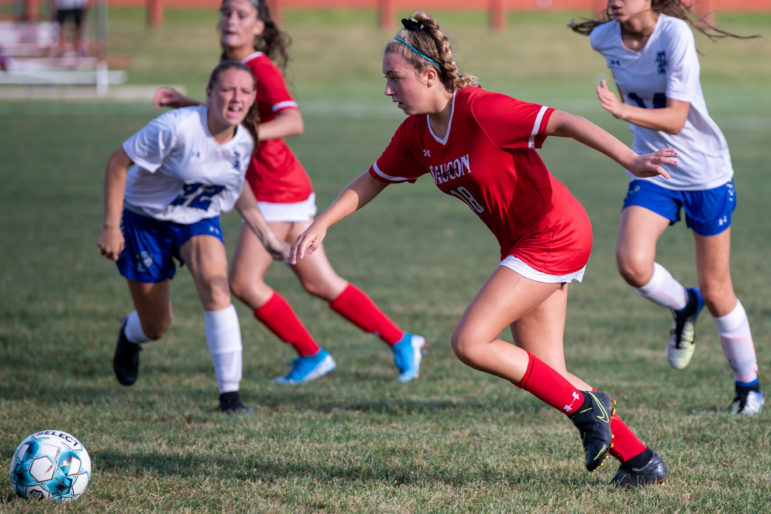 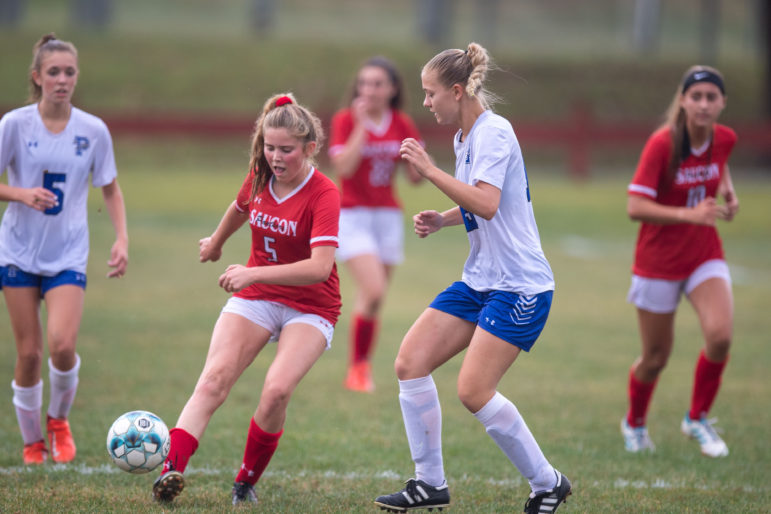 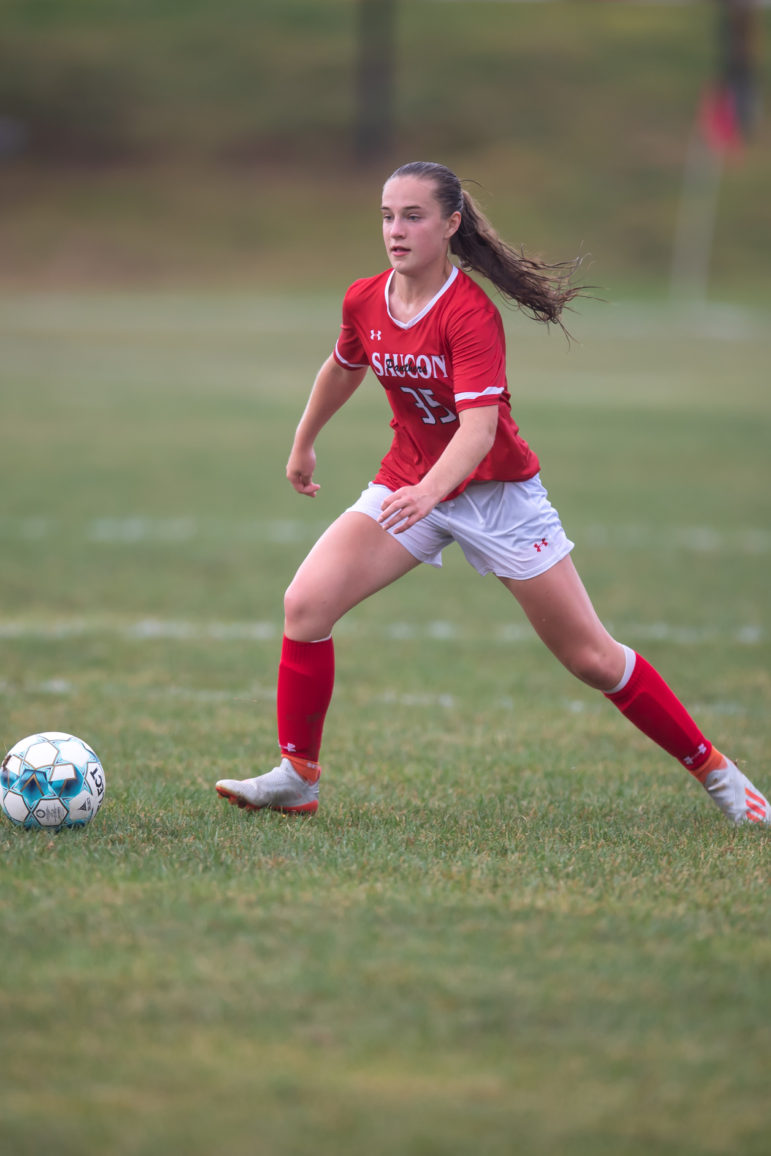 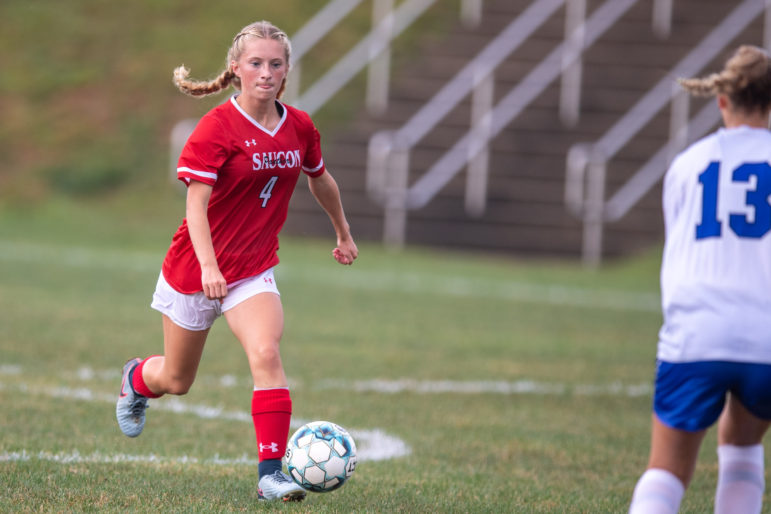 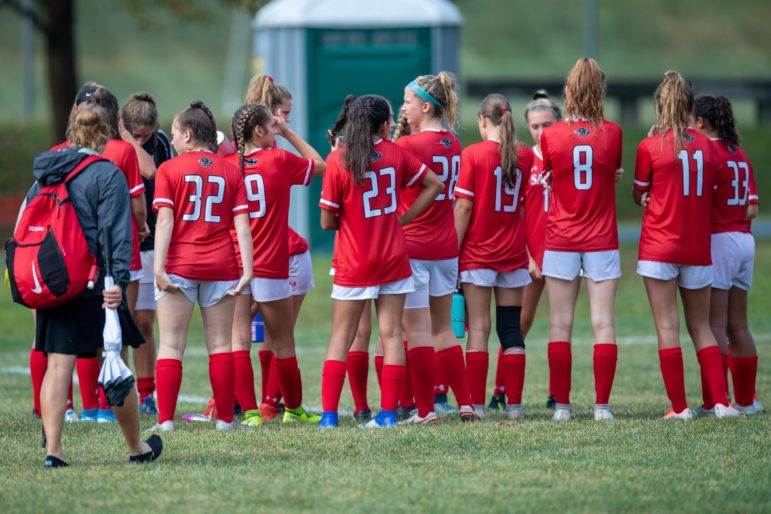 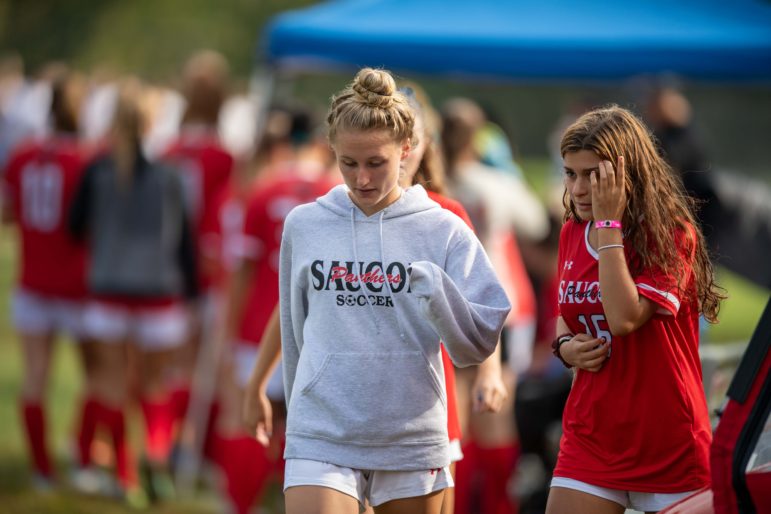 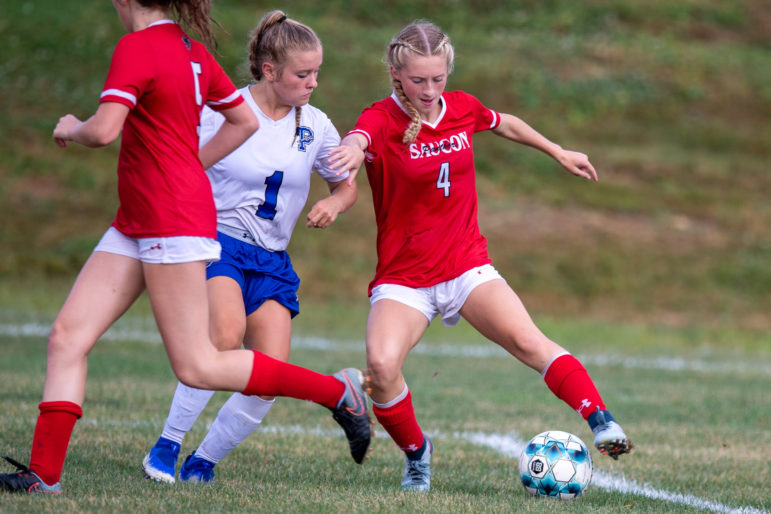 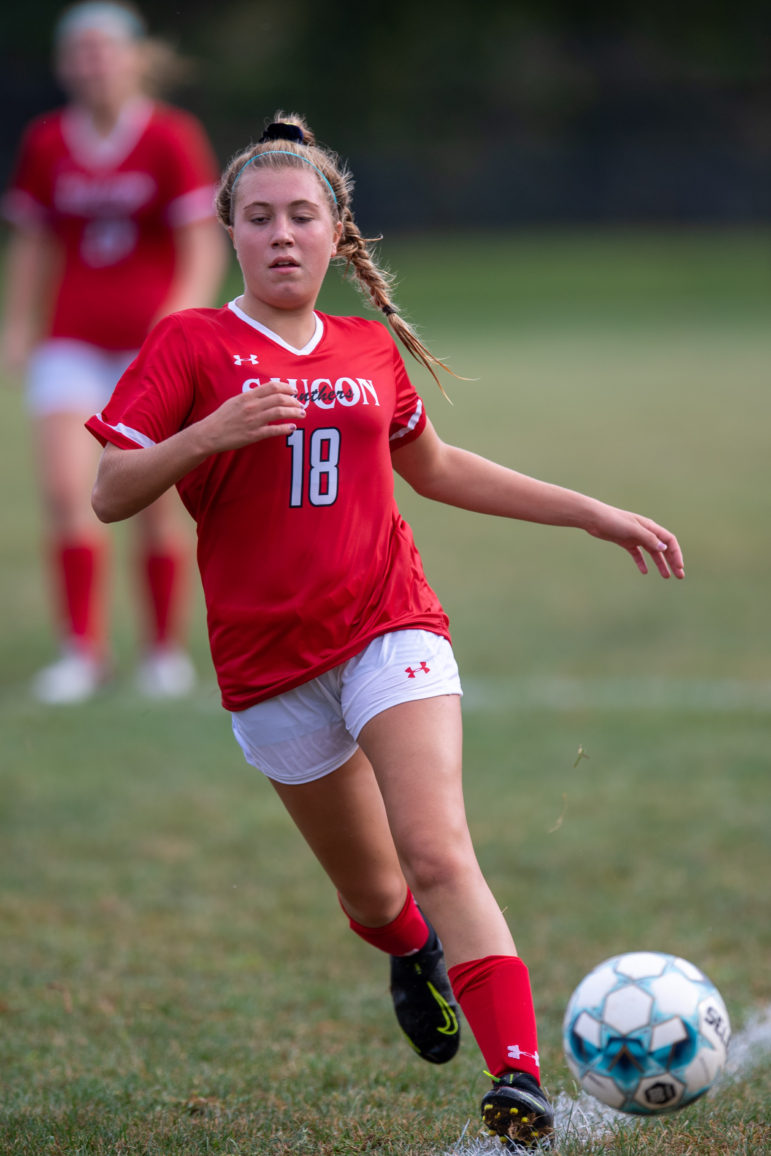 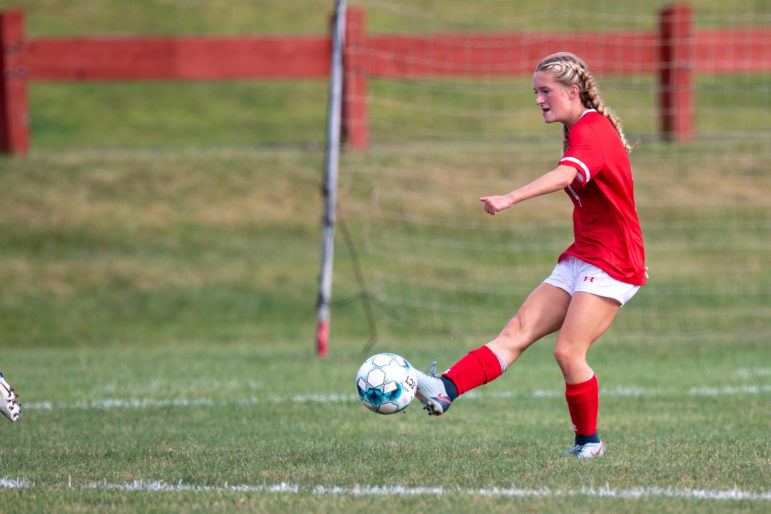 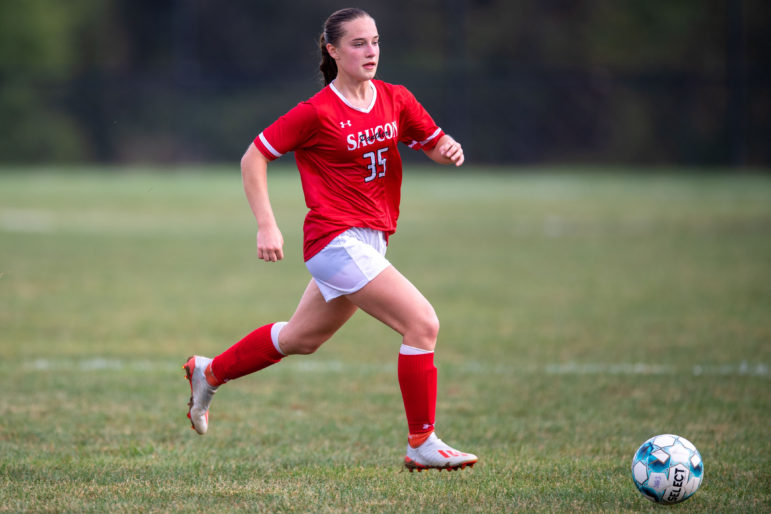 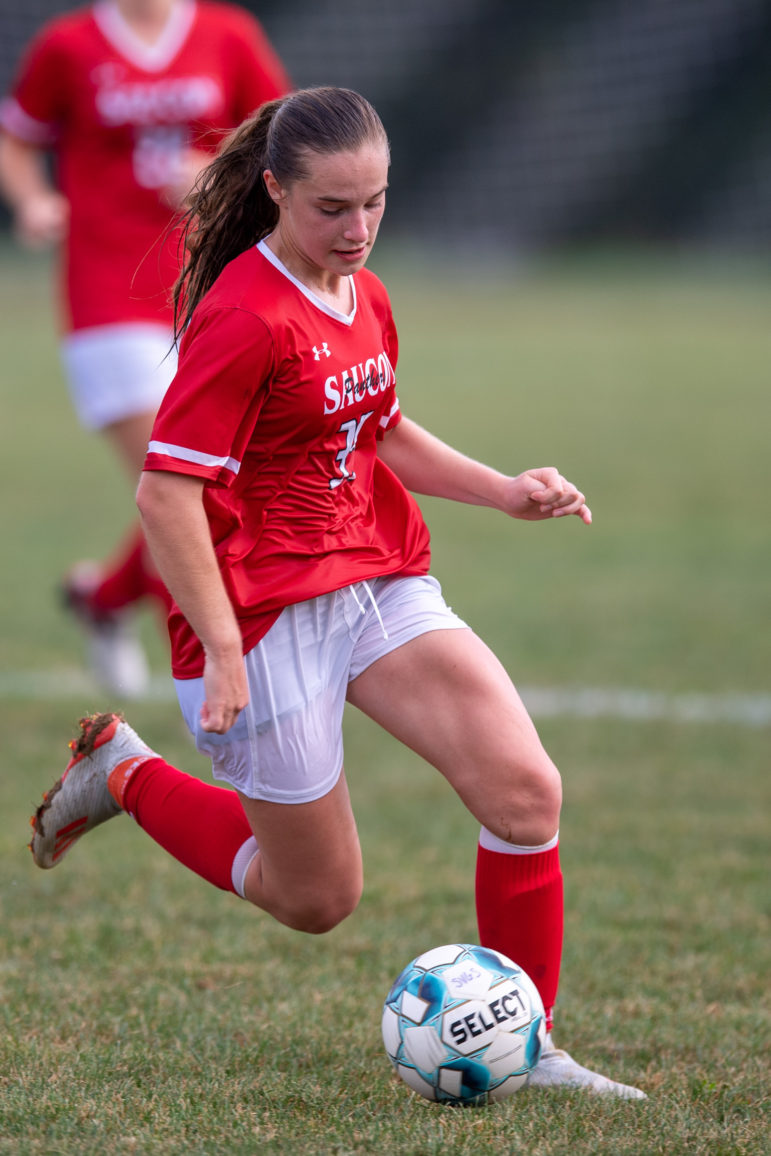 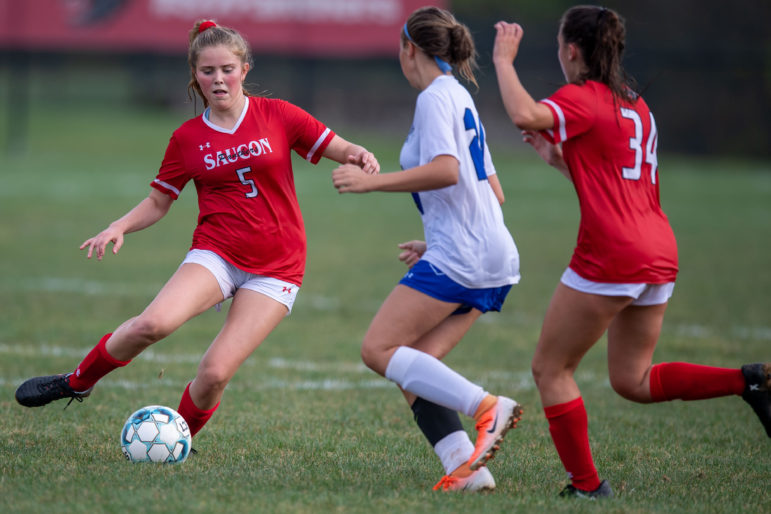 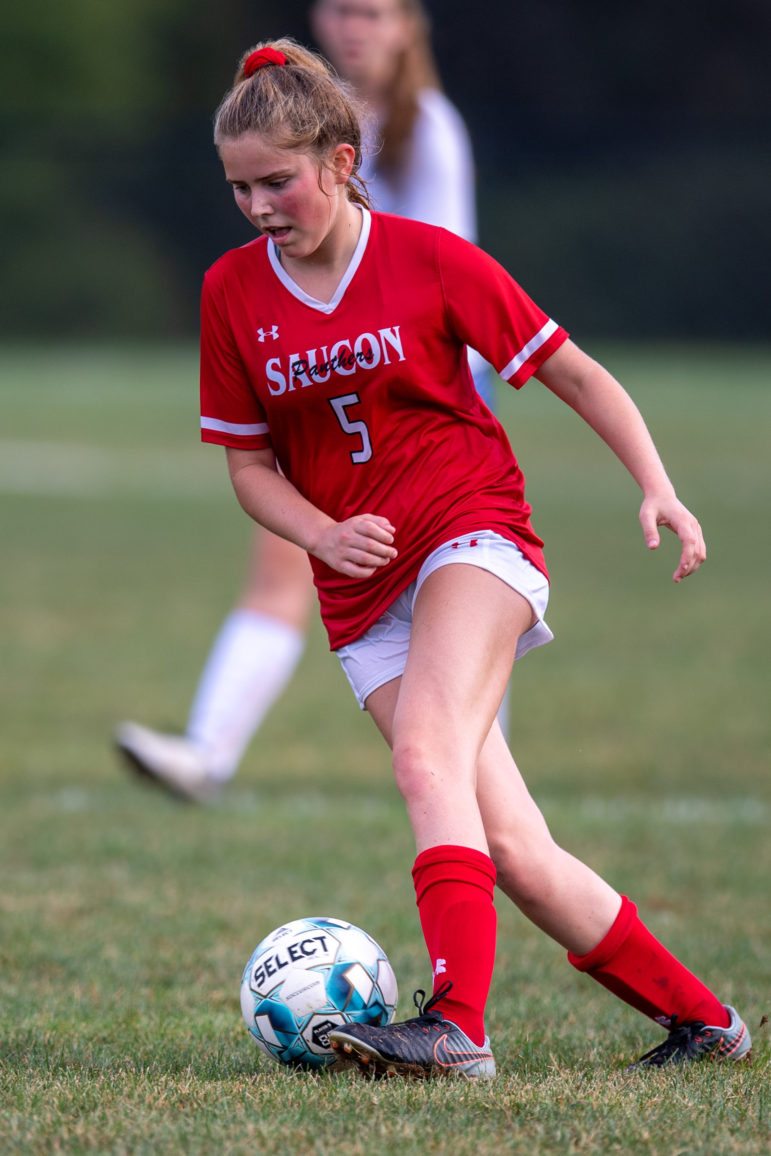 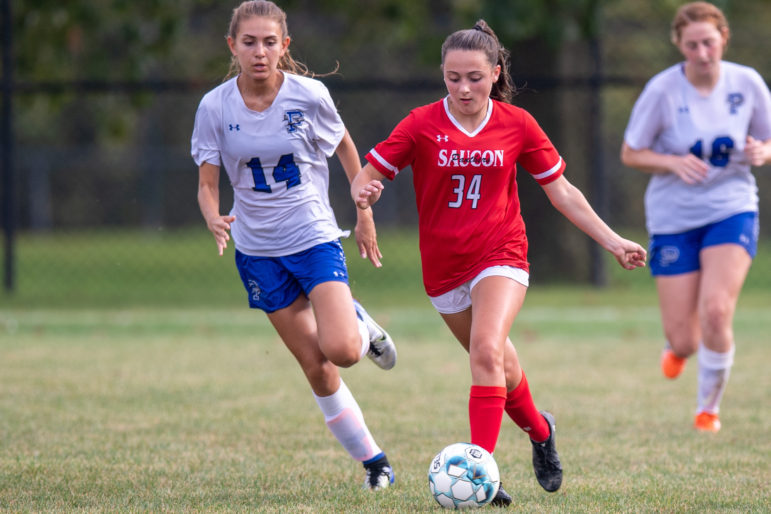 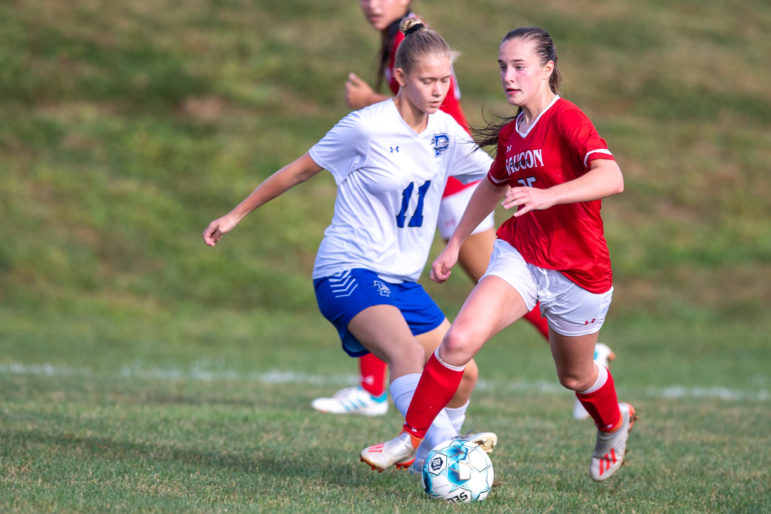 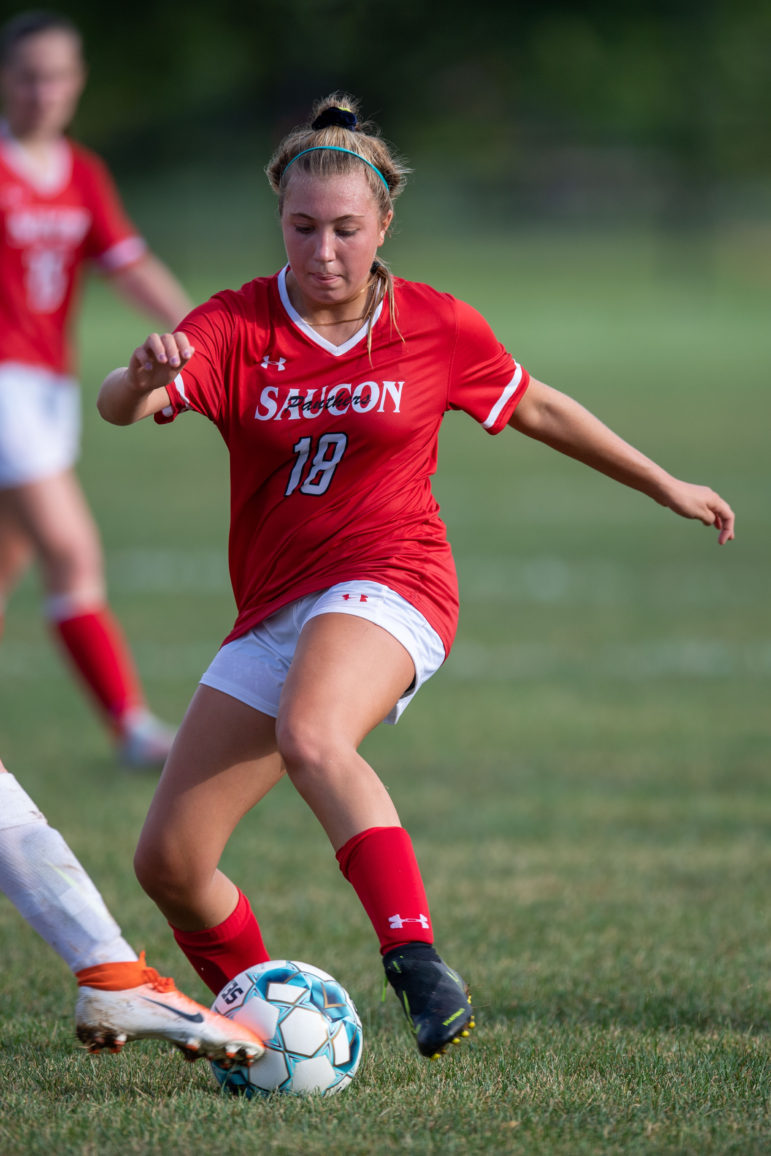 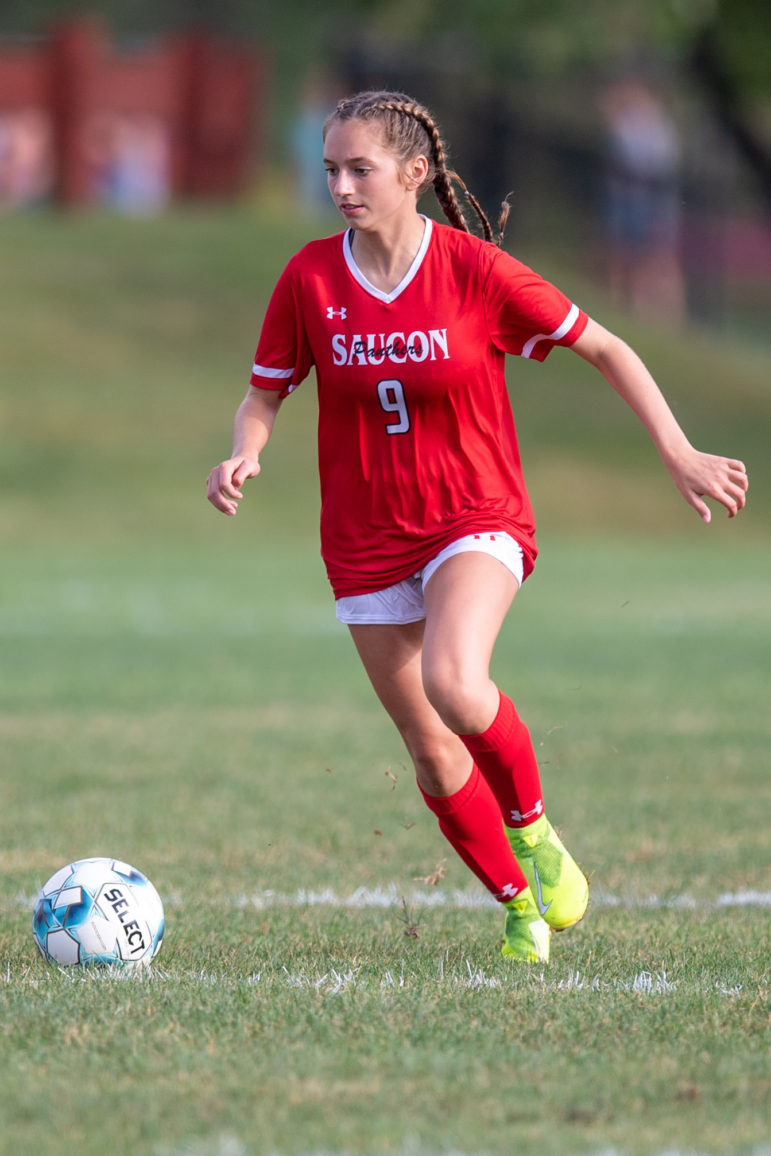 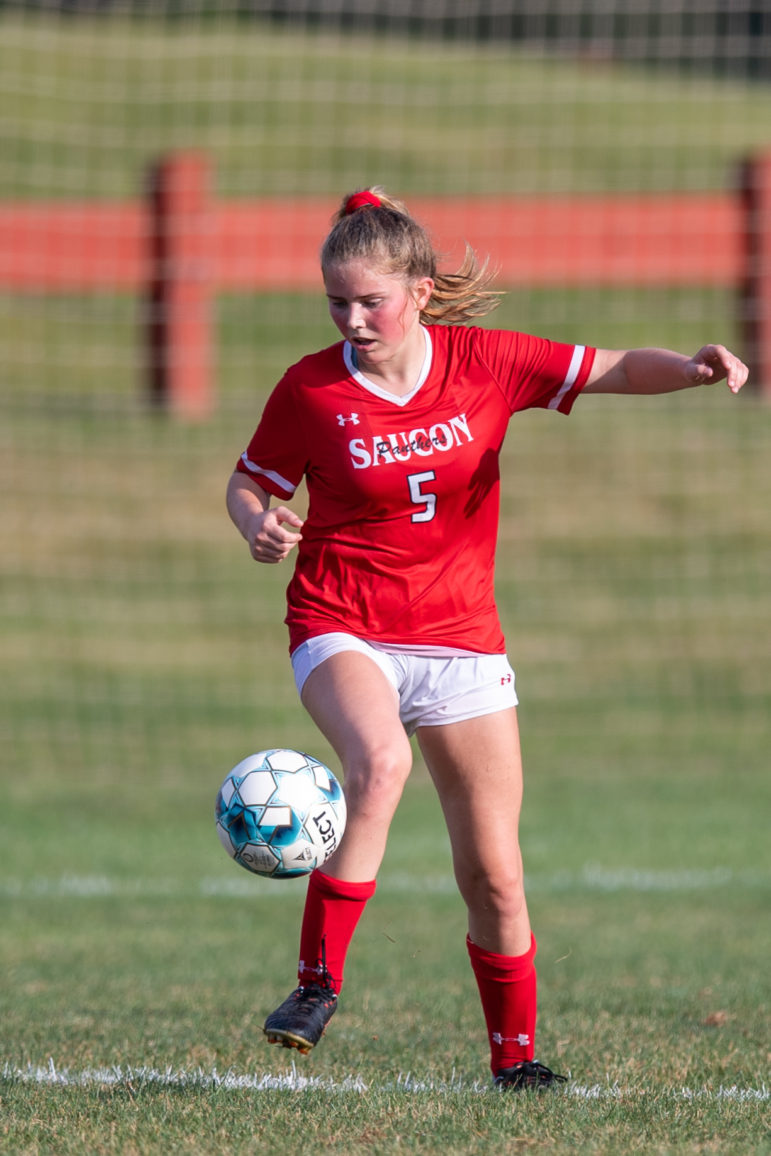 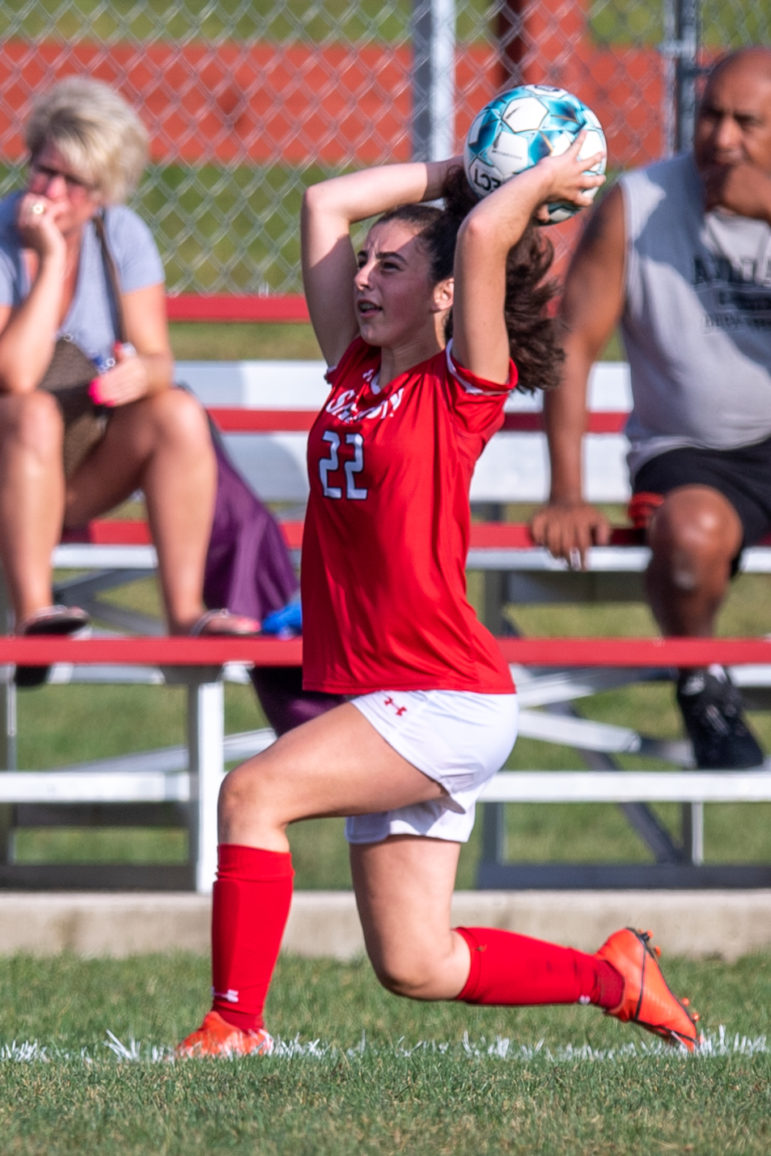 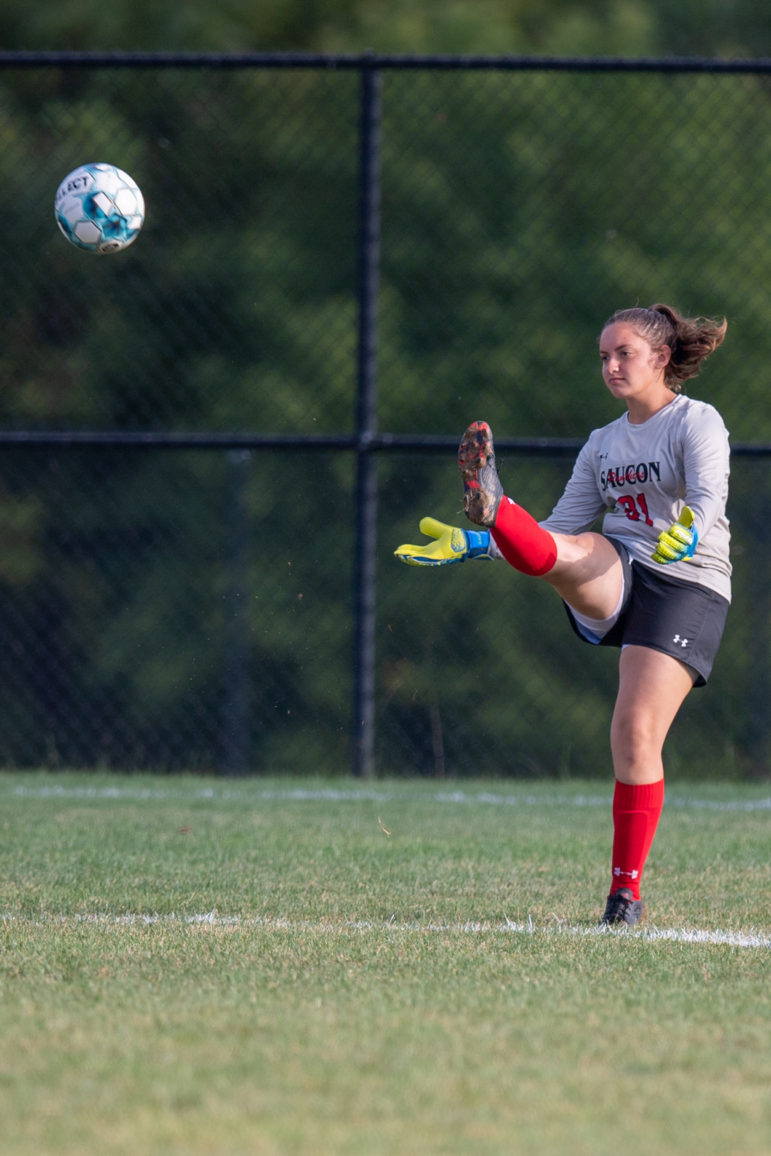