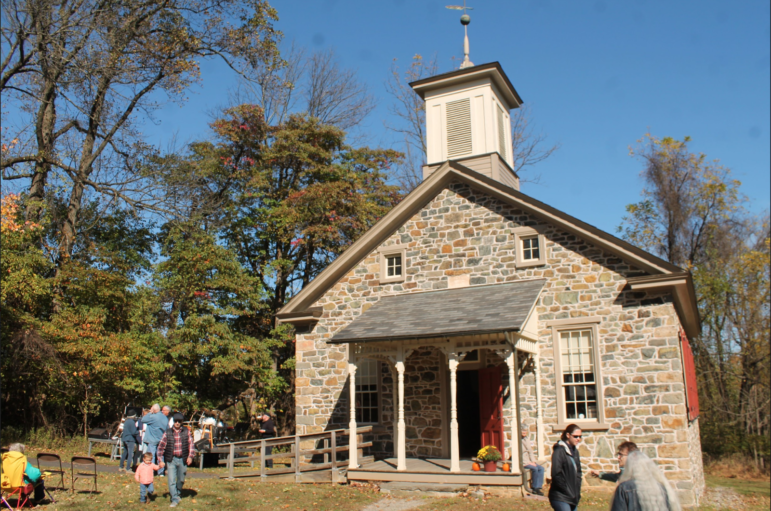 The Lutz-Franklin Schoolhouse on Countryside Lane in Lower Saucon Township was the backdrop for the township historical society’s Apple Festival Saturday.

The Lower Saucon Township Historical Society couldn’t have asked for a nicer fall day for their Apple Festival, which was held Saturday amid the colorful trees surrounding the Lutz-Franklin Schoolhouse and its grounds. The sunshine and mild temperatures in the 60s no doubt boosted turnout for the event, which returned after not being held last year.

Activities at the event included taste testing heirloom and new varieties of apples, touring the restored schoolhouse, meeting Johnny Appleseed, crafts, stories, winning prizes in an old-fashioned cakewalk and listening to music from the bands “Rhythm Road” and the “Rockman Blues Band.” There was also face-painting and pony rides for children. 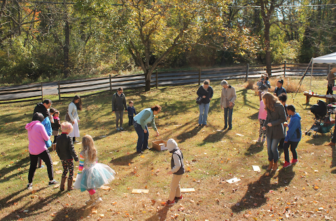 There were tasty prizes to be won in an old-fashioned cakewalk held on the lawn of the Lutz-Franklin Schoolhouse during Saturday’s Apple Festival.

Refreshments available for purchase included fresh apple cider, a wide variety of fresh apples, apple-flavored baked treats, and hot dogs and sausages grilled fresh. The best part was that admission was free, and nearly all of the activities were also free. Proceeds from the food sales benefited the historical society. And everyone in attendance seemed to enjoy the variety of activities and food, as well as the relaxed and friendly atmosphere.

I quickly learned after talking to some of the people involved with the society that this event was much about more than delicious apples. It was also an opportunity to share the history of the Lutz-Franklin Schoolhouse with the community. 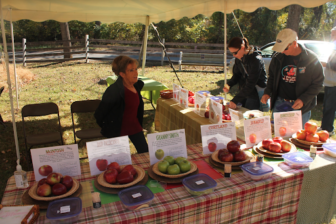 Lower Saucon Historical Society volunteer Gwen Singer served as an apple-bassador of sorts, presenting information about heirloom and newer varieties at an apple taste-test table at the festival.

Sue Horiszny, a director for the Lower Saucon Township Historical Society, was on hand to fill visitors in on some of that.

Horiszny explained that more than 15 years ago local officials, volunteers and donors came together to save the school, which had become dilapidated and was in danger of being lost to development. Lower Saucon Township acquired the building and its grounds from the Saucon Valley School District in 2002, and after several years of renovations it was reopened as a living history museum in 2006.

Furnished and decorated to resemble a 1930s-era classroom, the schoolhouse today is a popular field trip site for elementary school students, most of whom are in third grade. 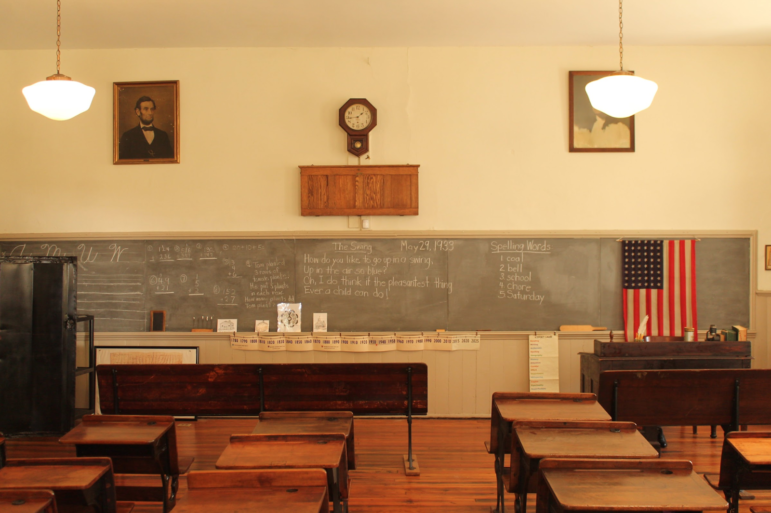 The Lutz-Franklin Schoolhouse classroom is furnished to recreate the appearance of a circa 1933 school room.

“They spend the day here in this one room schoolhouse pretending that they lived in 1933,” Horiszny said. “They are able to even do schoolwork from 1933 and get a full experience, and they really enjoy it.”

Karen Samuels, president of the historical society, has been involved with the schoolhouse’s preservation since 2003.

“Because the schoolhouse is in more of an isolated place, that’s what we think saved it,” she said. “If it was in a more desirable place for development it would have been gone.”

“We restored the building as a partnership with Lower Saucon Township,” Samuels explained. “We now have a lease for the building. A developer donated $150,000. We could not have done it without that.”

She added that events hosted by the historical society also helped with fundraising, which was needed in part because of the rough condition the building was in.

For example, original wood floors had suffered water damage, but were ultimately saved.

“We also hired contractors to fix up more of the building, such as by adding a heater which the building never had, so (it) could be used year-round,” Samuels said.

A ramp was also constructed outside the school’s front entrance to help improve access to the building for mobility-impaired individuals.

Events such as the apple festival help to ensure that the Lutz-Franklin Schoolhouse will be around for another 140 years, and to educate future generations of young people about this area’s rural past.

“We’ve been doing it six years in a row, rain or shine, and even some of the years where it rains we still hold it under the tents and in the school house and the events still are a success, just with less attendance,” Samuels said. “We always hope for a day like today when we hold these events. This event is a free and fun thing to do whether you’re attending alone or with your family.”

To stay up to date on the schoolhouse and future events planned by the Lower Saucon Township Historical Society, follow LSTHS on Facebook and visit LutzFranklin.Wordpress.com. 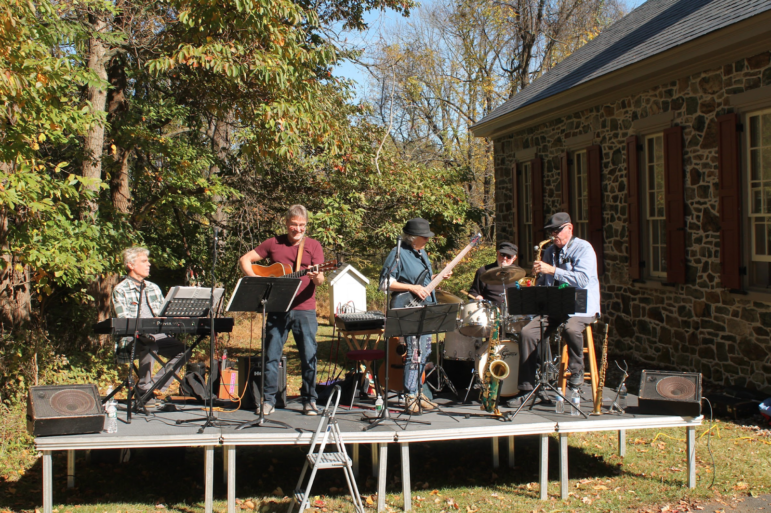 The band ‘Rhythm Road’ performs at the Apple Festival. 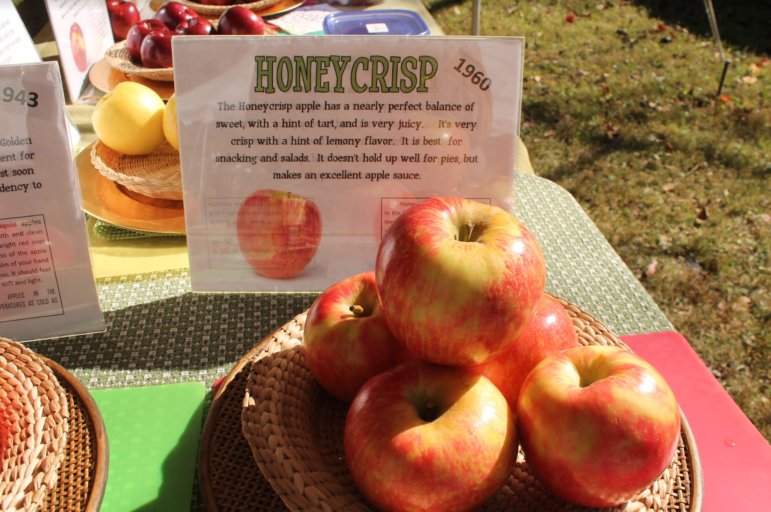 The Honeycrisp apple was my selection for my favorite apple. 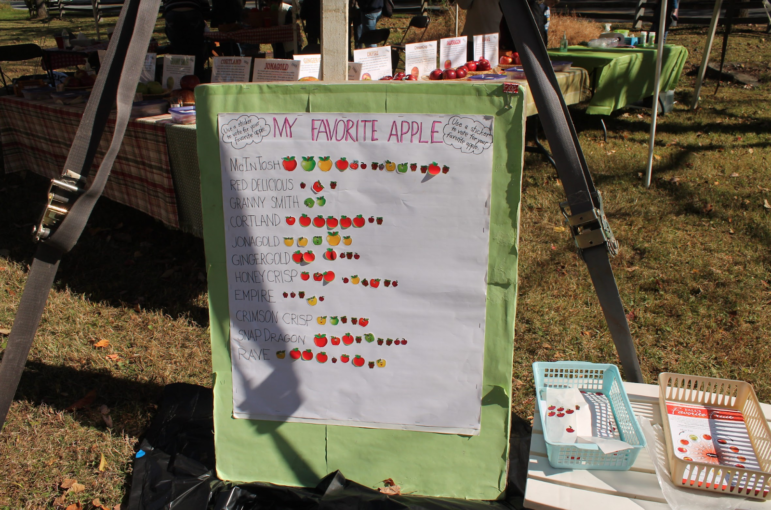 A tally of the votes for different varieties of apple was carefully maintained. 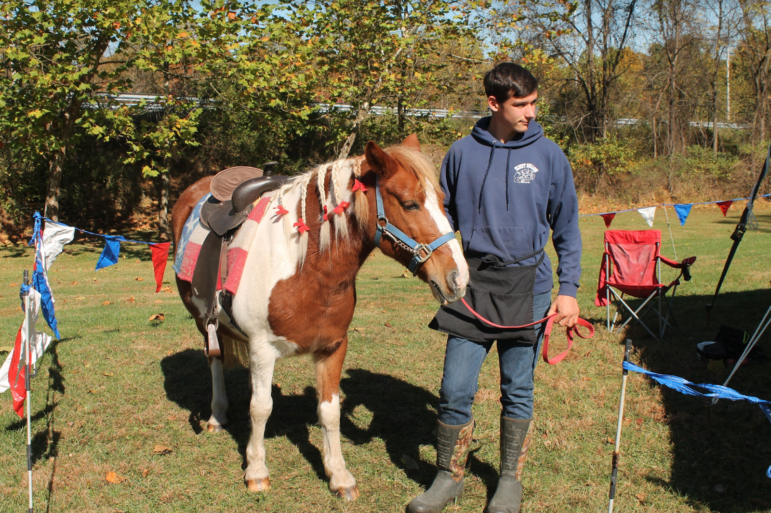 The weather was perfect for pony rides. 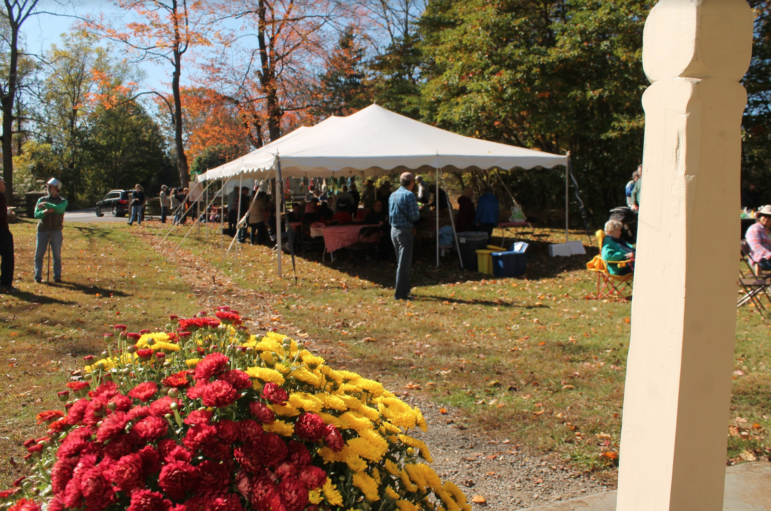 The Apple Festival was held on the grounds of the 1800 Lutz-Franklin Schoolhouse in Lower Saucon Township, near Hellertown. 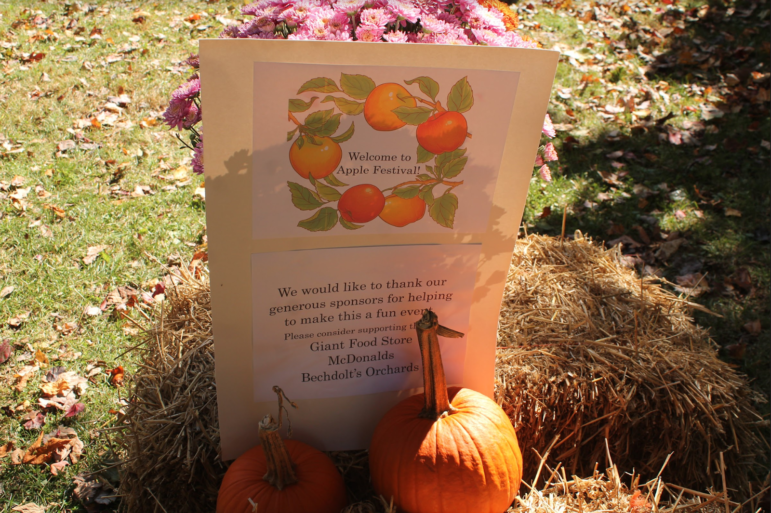 Apple Festival or not, no fall event is complete without at least a few pumpkins. 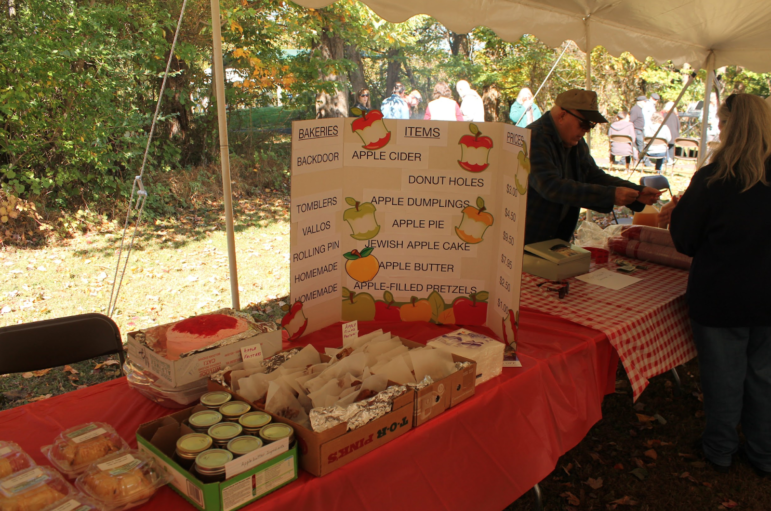 Apple cider, apple dumplings, apple pie, apple butter and many other apple-flavored treats were sold at the festival to help raise funds for the historical society.