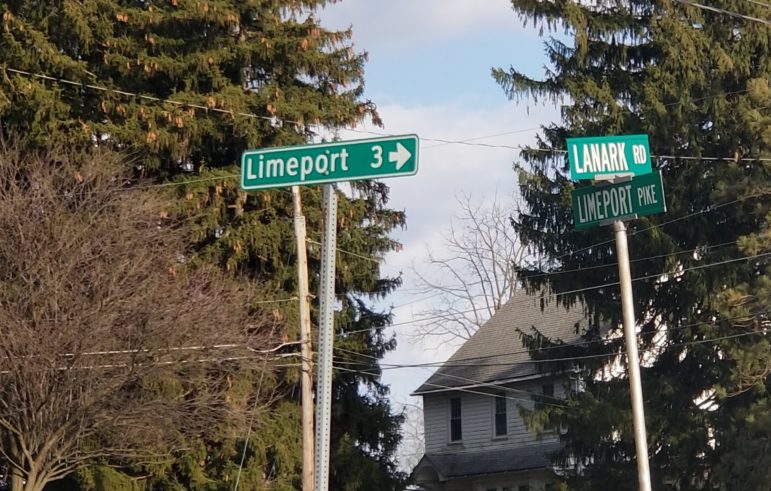 A sign along Lanark Road in Upper Saucon Township directs motorists to Limeport, three miles away. The village of Lanark was named for a town in Scotland.

Lanark is what some Scot settler called it in the late 1700s. The woods and fields leading up to the gentle hills reminded him of his home in southern Scotland. He was homesick.

Early settlers built stone farmhouses on sizeable properties, and dairy farms and a community of rural people who supported each other. They knew each other’s names.
Some of the names are legend in that area even now… Mory, Bleam, Lichtenwalner, Heller. Older people from that Southern Lehigh area still remember those families and their roots there.

It was all sky and green as far as you could see, until the woodlands took over and directed your gaze up to South Mountain. We were so proud of that mountain. Surely, for our area we considered it a mountain. There were glacier-scarred rocks up there, and Native American pathways. It was history. 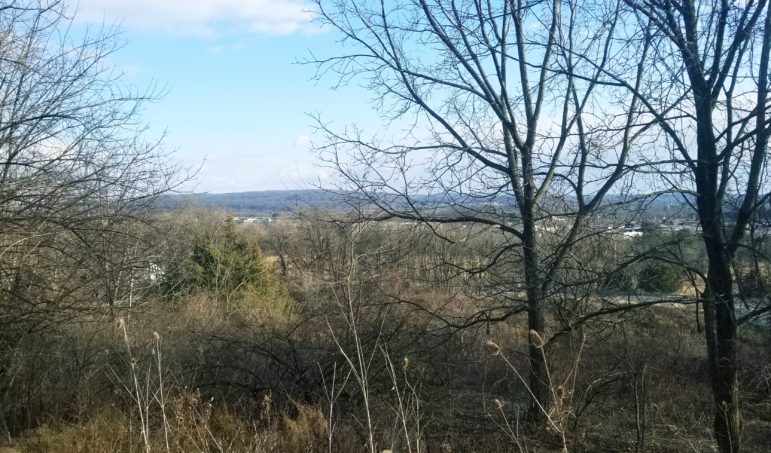 A view of the Saucon Valley area from Church Road in Upper Saucon Township includes I-78, warehouses and many other examples of development that has taken place in recent decades.

Travelling the other way, from Allentown to Lanark created a memory in me that I still treasure. As we reached the top of South 4th Street, as it approached the southern side of South Mountain, the air became noticeably sweeter. It smelled like watermelons…fresh and moist and crisp. It was my valley.

I am unbelievably fortunate, that in my later years, I now live on that mountain. I can see the valley. The boulders with glacial scars are in my backyard.

There is so much there that is so beautiful even now. We must preserve it. It won’t ever come back once it is destroyed. We know that.

Even if you don’t live in this Lanark area, I’m sure you have a memory, too. Some special place that formed you. If it’s gone, remember it and talk about it. Create a respect for the beauty that we were given without asking for it. And if you are in a position to preserve such places, do it.

What do you remember about this area that you would like us to appreciate?

Editor’s Note: Lanark is a village in Upper Saucon Township, Lehigh County. Opinion-editorials about local subjects of interest are published at the discretion of the editor.