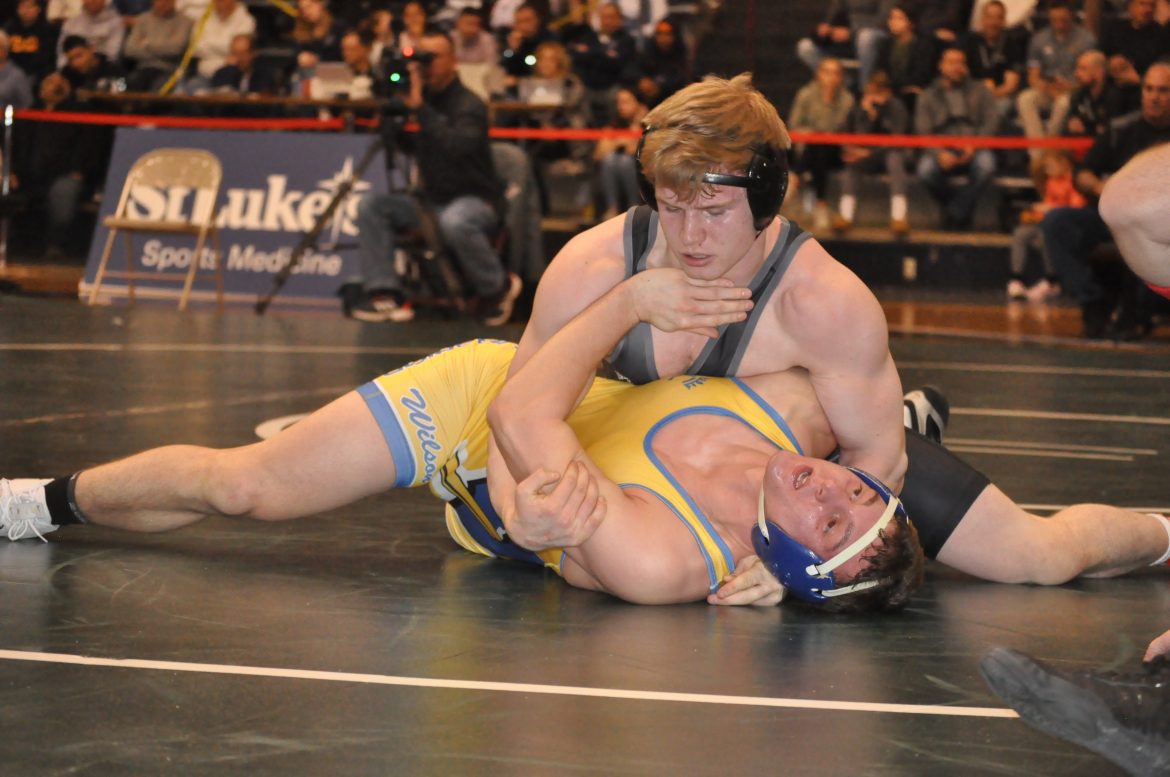 If Notre Dame or anybody else within the District XI wrestling community had any ideas about getting a little payback from the Saucon Valley wrestlers for their outstanding dual- meet season, they were out of luck again this year. From start to finish, the Panthers as a team dominated the tournament crowning four champions and advancing twelve wrestlers to next weekend’s PIAA Southeast Regional tournament.  It is Saucon Valley’s fifth consecutive District XI team title. 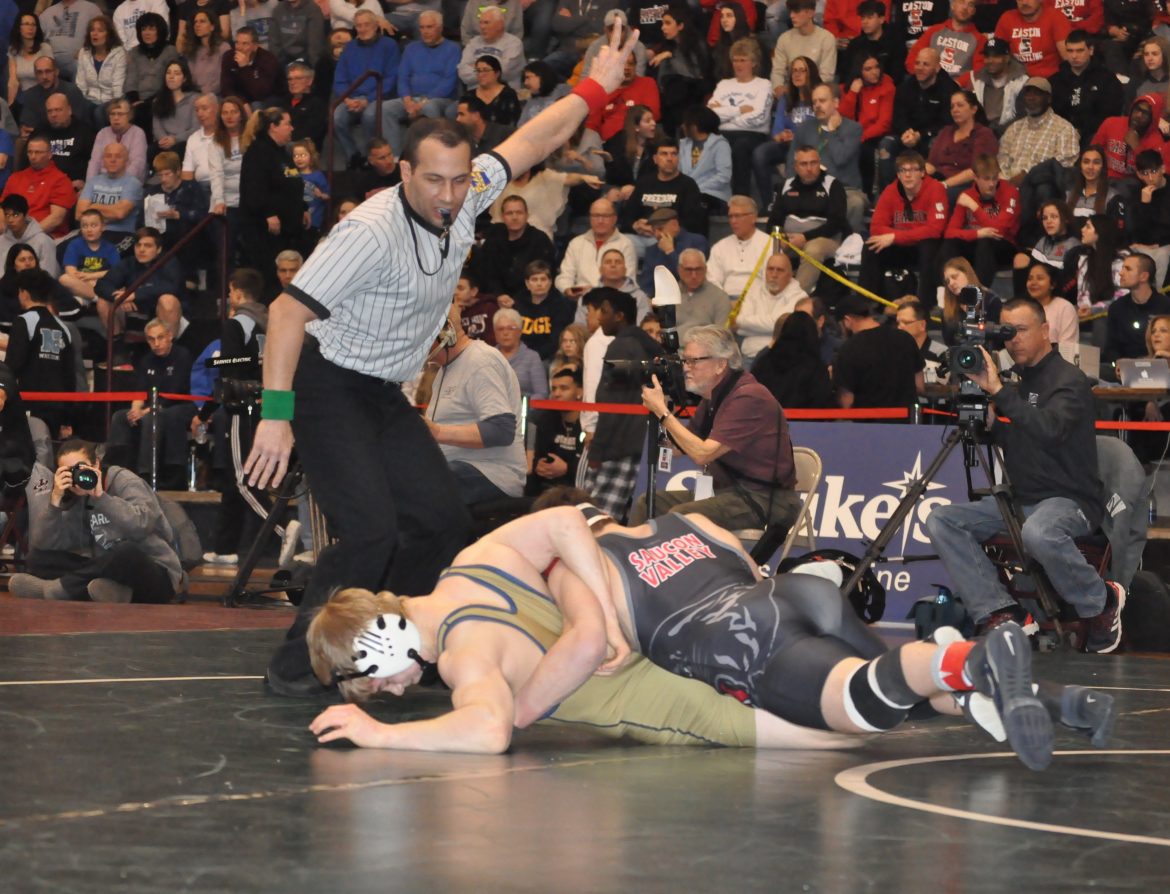 Saucon Valley’s Chris Arciuolo (132), Thomas Spirk (145), Matt Arciuolo (170) and Dane Csencists (182) each claimed a first-place medal on Saturday night. Chris Arciuolo, a sophomore, refused to give in to a couple of significant injuries and courageously battled his way to an impressive decision over Josh Bauman of Notre Dame.  Spirk followed and calmly tilted his way to a technical-fall of Northern Lehigh’s Trevor Amorim.  Matt Arciuolo was, as usual, a takedown machine against Tri Valley’s Jacob Scheib. And, Dane Csencsits was dominant and finished in style with a fall over Wilson’s Alec Snyder.

Spirk, Matt Arciuolo and Csencsits are all seniors and now each a two-time District XI champion. It should be noted that all three of these powerful Panthers are also stellar student-athletes.  Spirk (Business Analytics) is Bucknell bound, Arciuolo (Computer Science) is committed to Columbia while Csencsits (Mechanical Engineering) will head west to Pitt.  All four Panther champs will advance to the PIAA Southeast Regional tournament next weekend with the hopes of qualifying for a trip to Hershey. 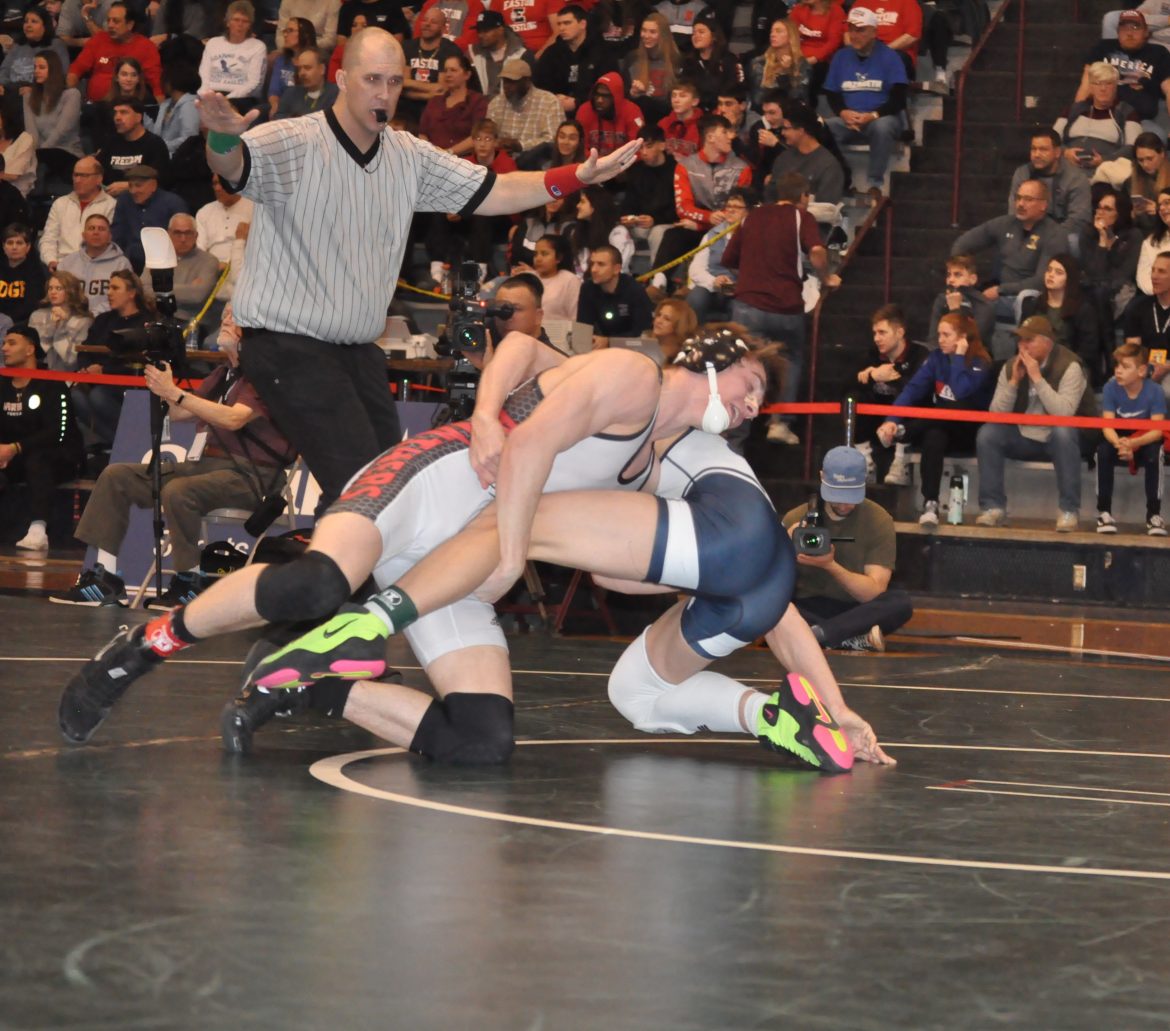 Thomas Spirk of Saucon Valley turning the corner toward a two-point takedown in the 2020 District XI Finals. 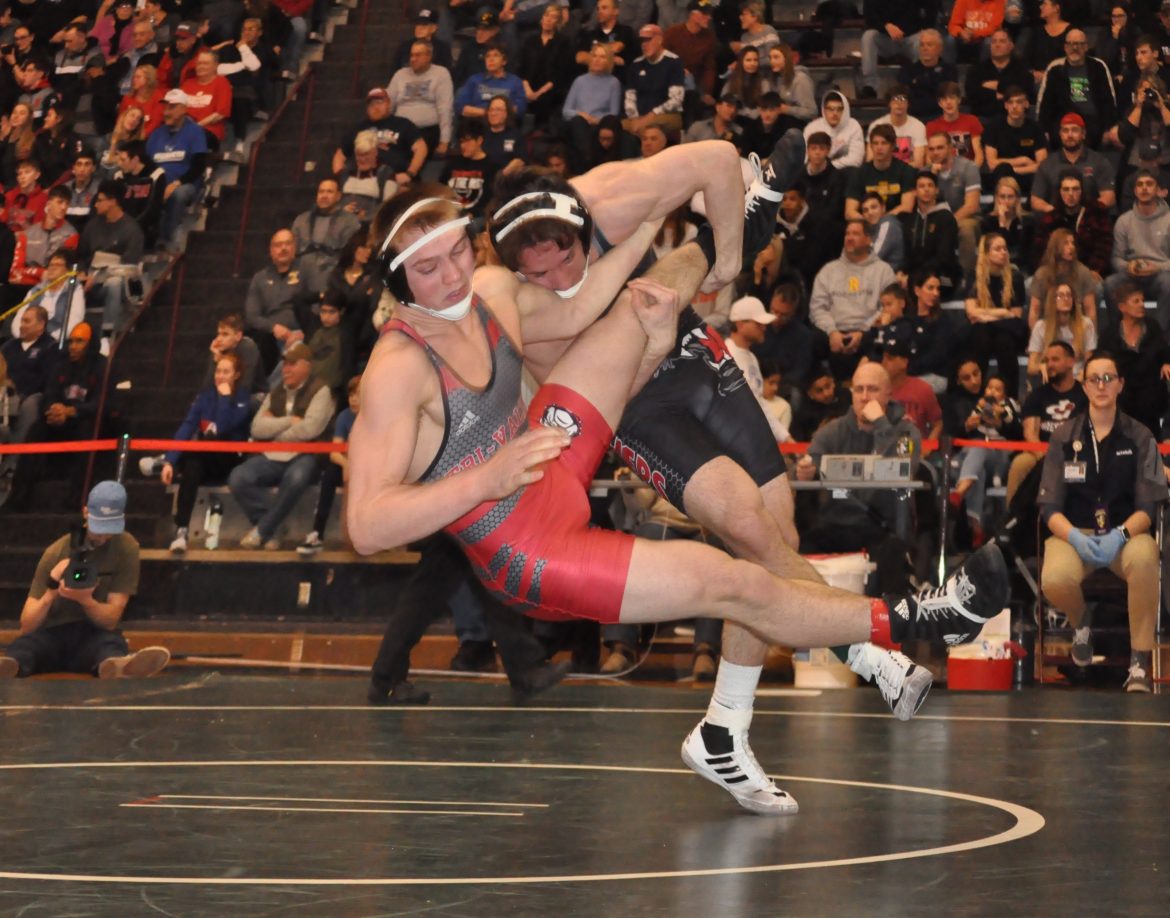 The Panthers Matt Arciuolo runs his feet for a takedown in the 2020 District XI championship final.

The Panthers will also advance second-place finishers Connor Nicholas (113), Jake Jones (138) and Tyler Pfizenmayer (152) to the Regional tournament.  Jones and Pfizenmayer are freshmen and Nicholas, a sophomore.

In addition, Travis Riefenstahl (120), Braydyn Lugardo (195) and Nick Warnke (285) will move on to Regionals with their third-place efforts.  Riefenstahl is a freshman, Lugardo and Warnke are seniors.  Lugardo was a 2019 District XI champion.

Sophomores Cael Markle (126) and Ty Csencsits (160) also qualified for Regionals with their fourth-place finish.  In all, Saucon Valley advances what appears to be a school-record twelve wrestlers into the Regional tournament. 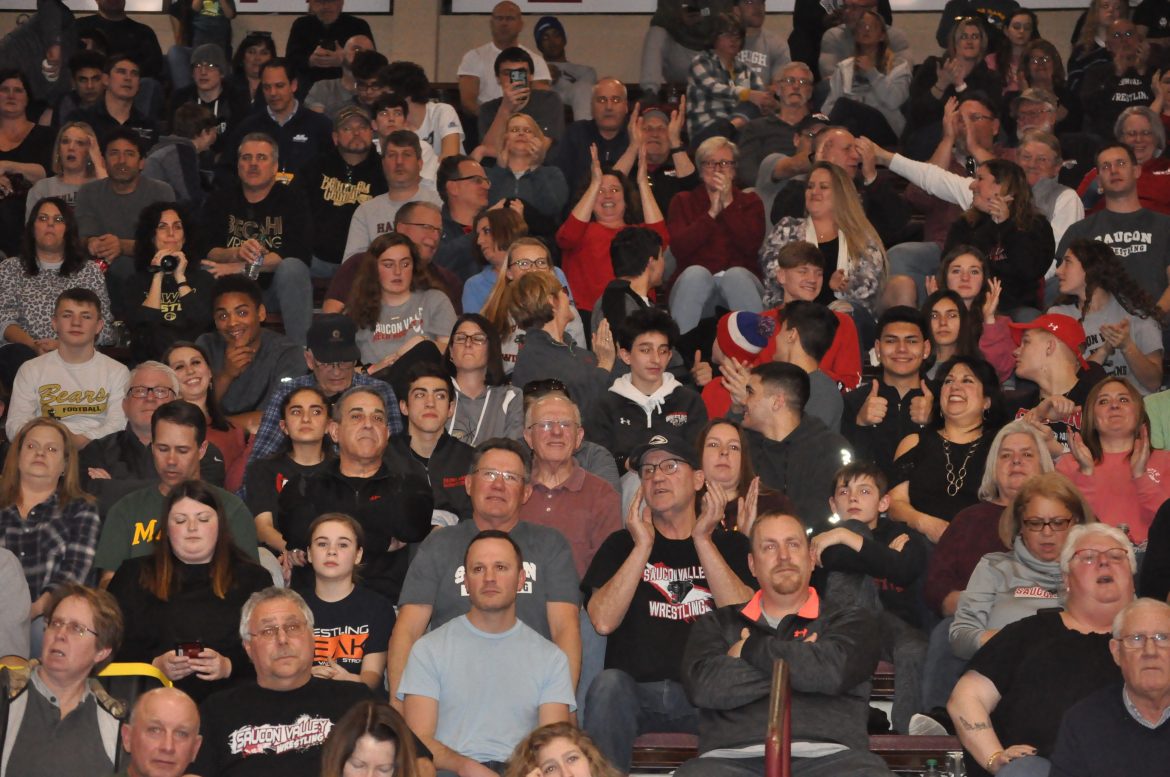 “I am extremely proud of the effort the team showed this weekend.  It could be one of the best District XI tournaments in school history!”

With such a strong showing and advancing a record twelve wrestlers to the PIAA Southeast Regional tournament at Freedom High School next weekend, this proud Panther program finished first, easily taking the team title. 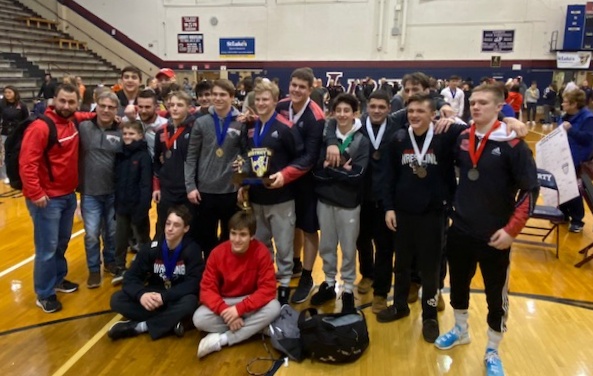 As a team, the Panthers pulled together to take their 5th consecutive District XI team title.

“To be recognized as “Most Outstanding Wrestler” is an honor. I was quite surprised when they called my name as the recipient. All I have to say is that I am very honored and I believe that my hard work has shown this past tournament.” 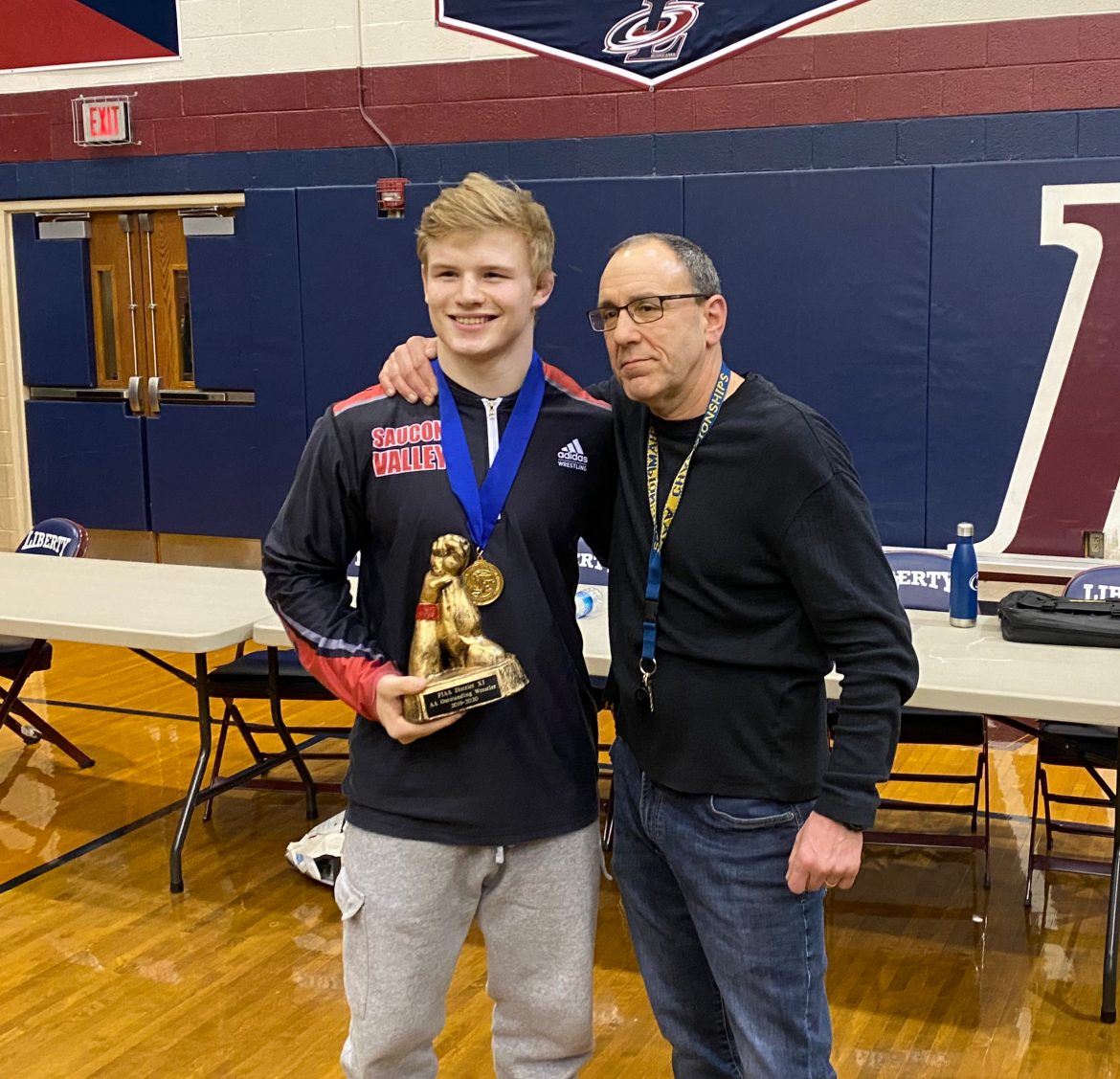 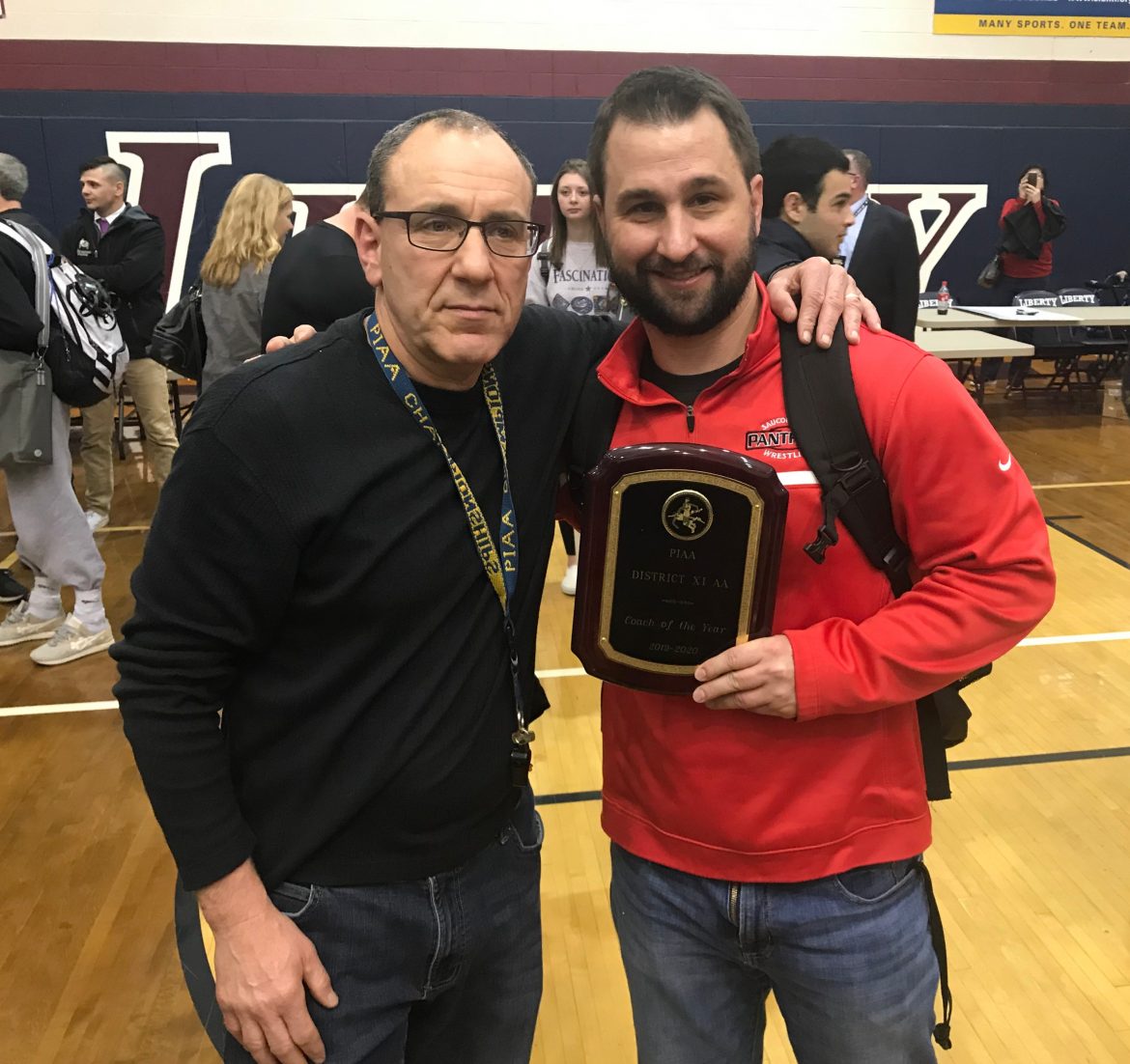 Up Next:  Coach Shirk and staff will ride the momentum and take their twelve Panther qualifiers into the 2020 PIAA Southeast Regional tournament at Freedom High School (Bethlehem) on Friday, Feb. 28 and Saturday, Feb. 29.  A Top-6 finish will be needed in the Regional tourney for an individual to advance to Hershey for the PIAA State Championships. 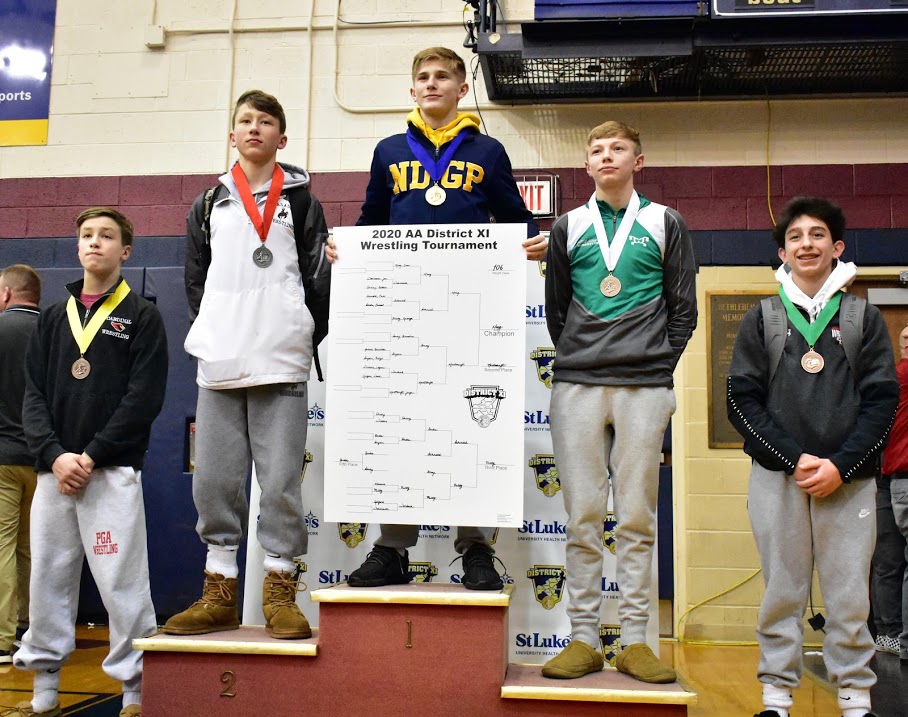 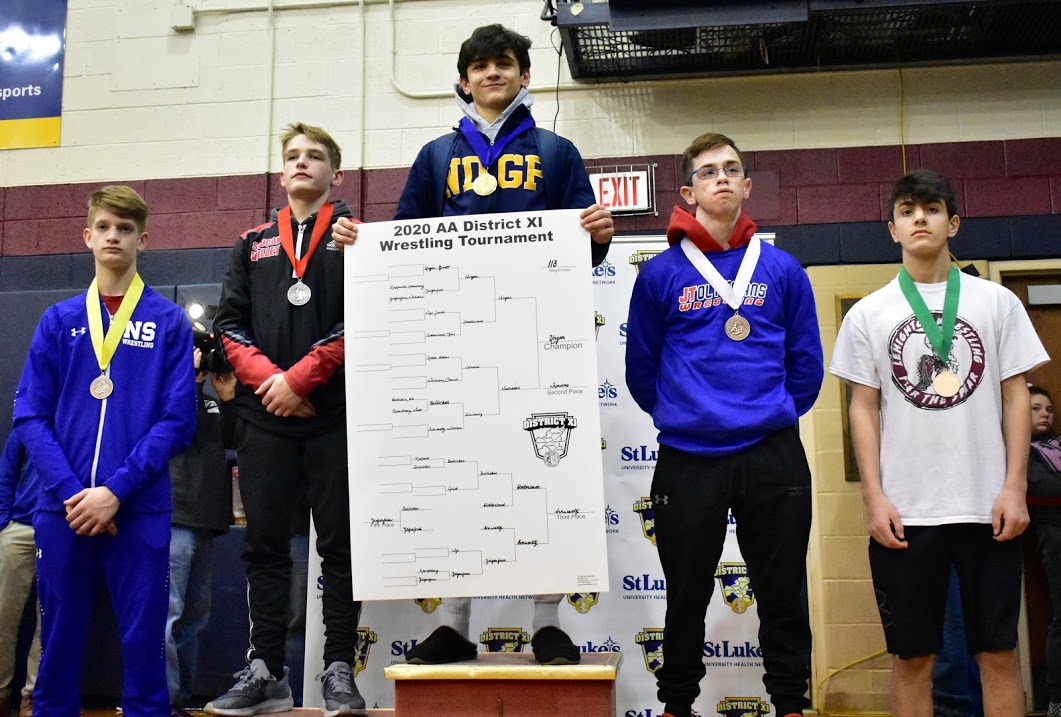 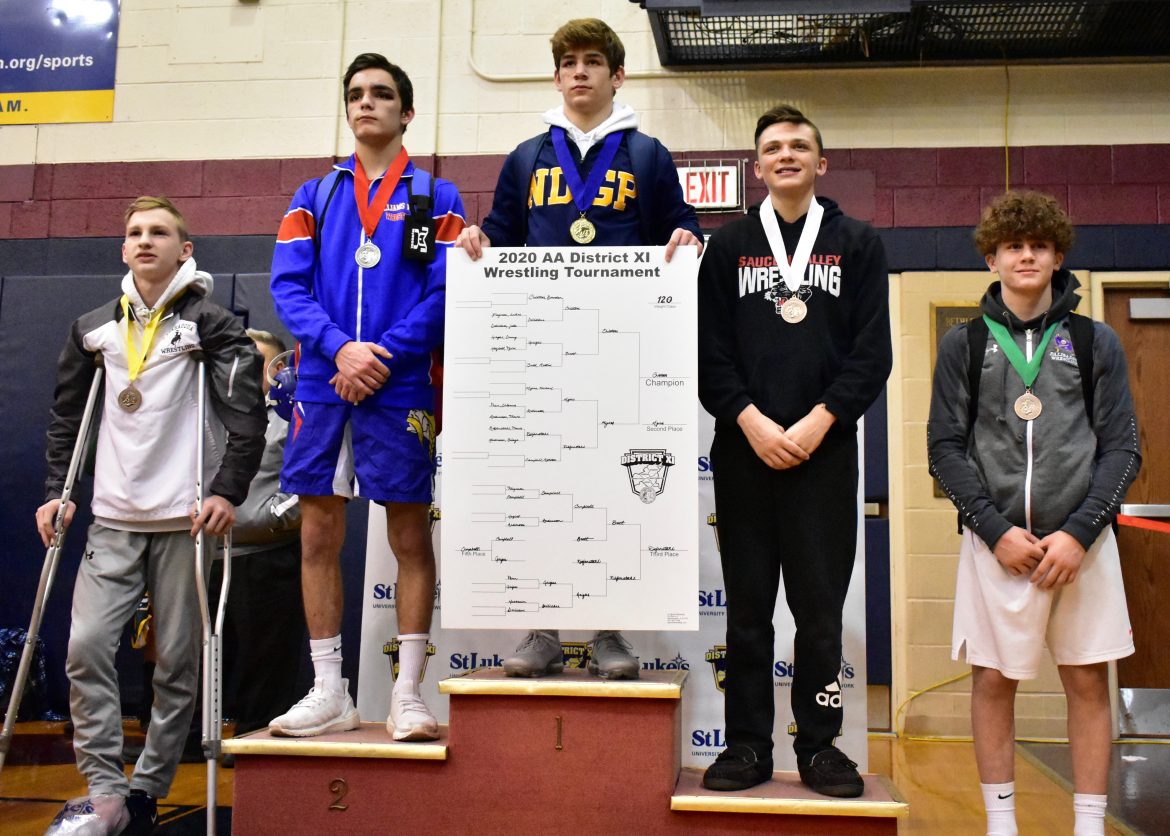 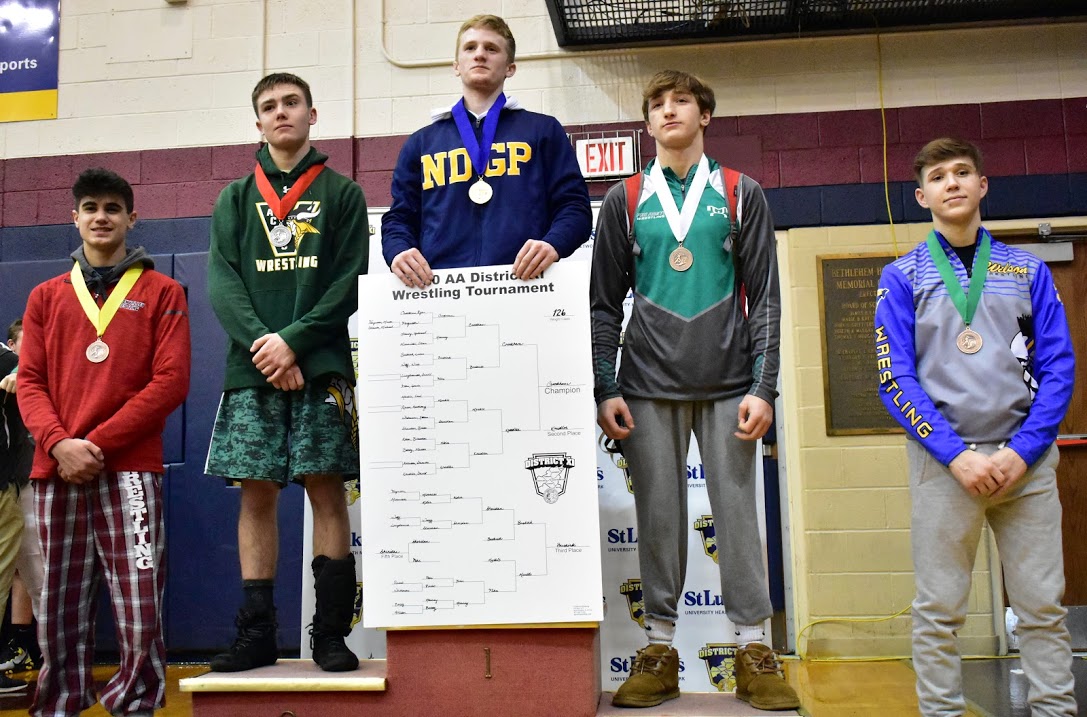 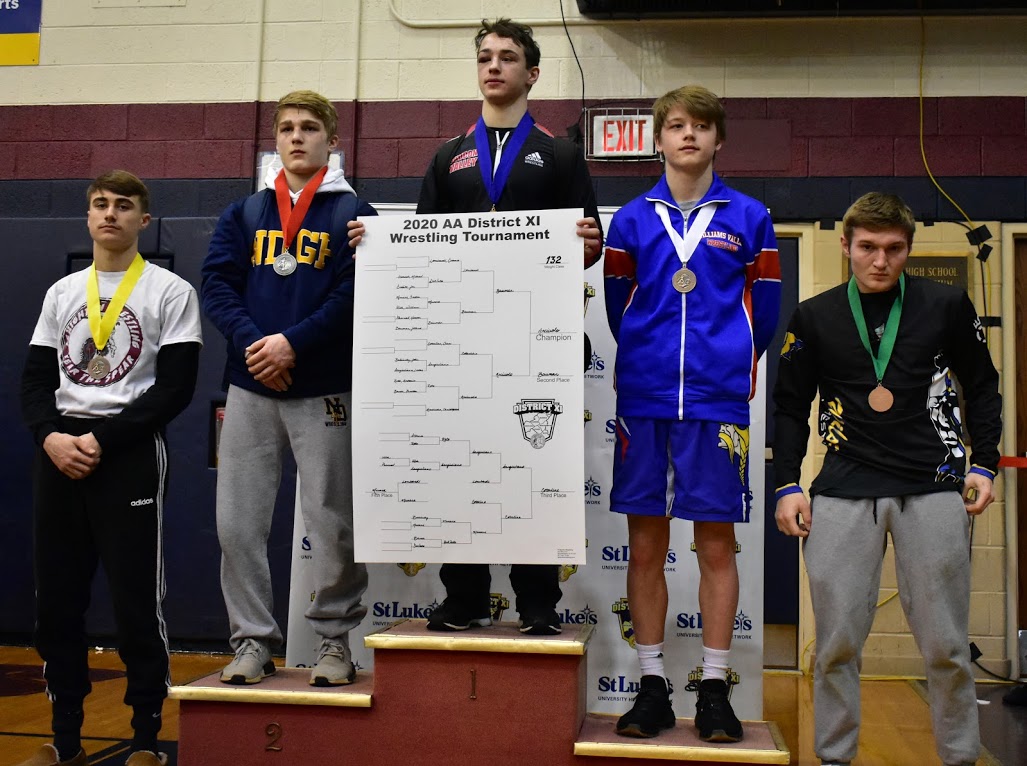 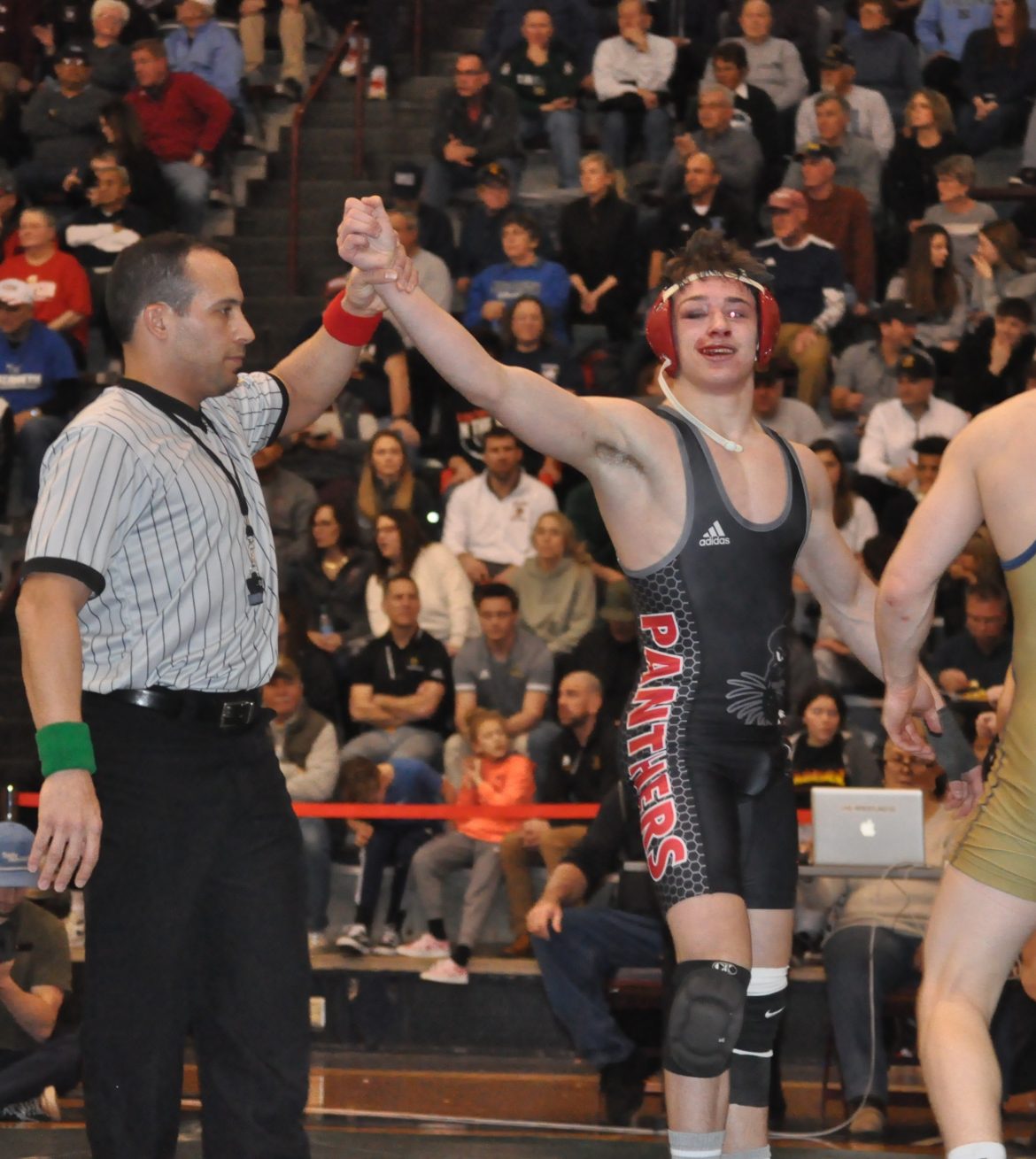 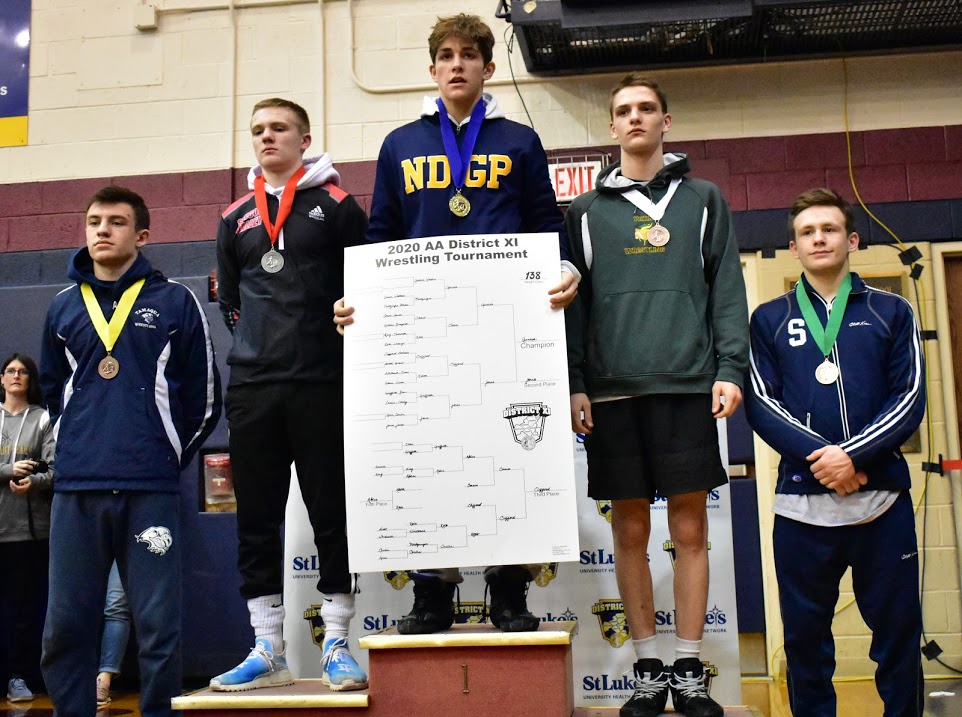 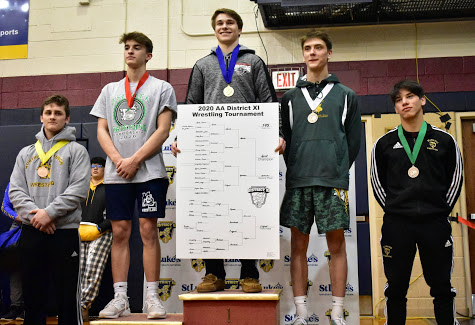 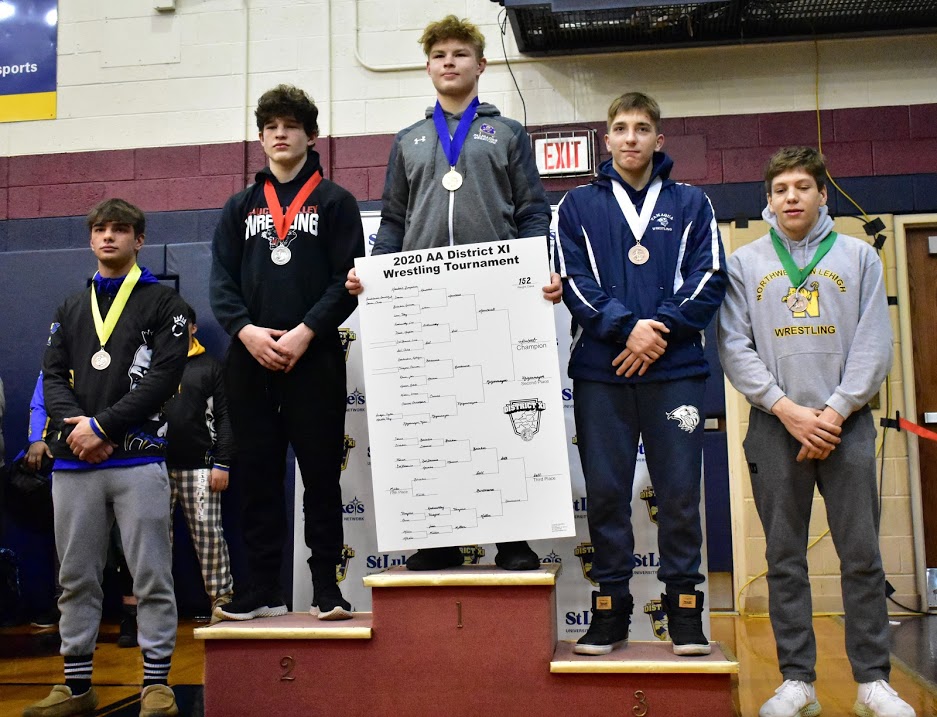 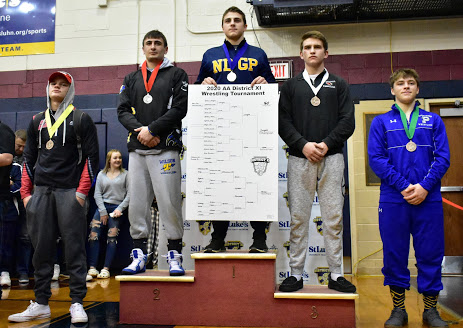 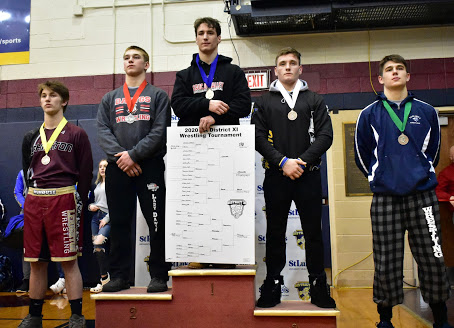 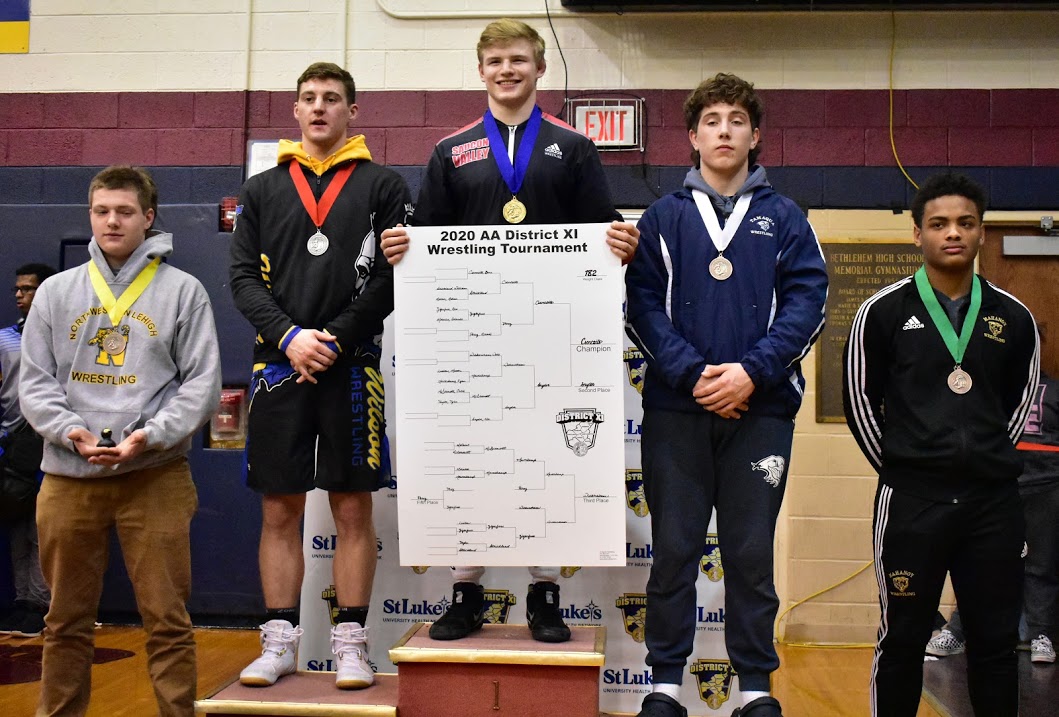 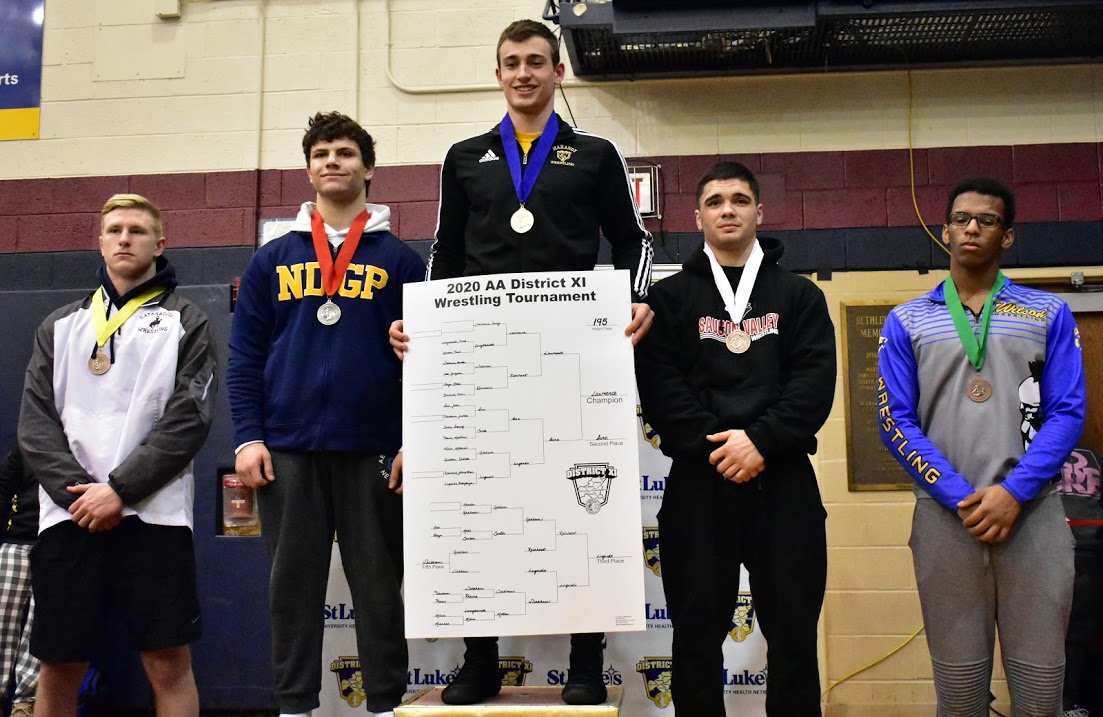 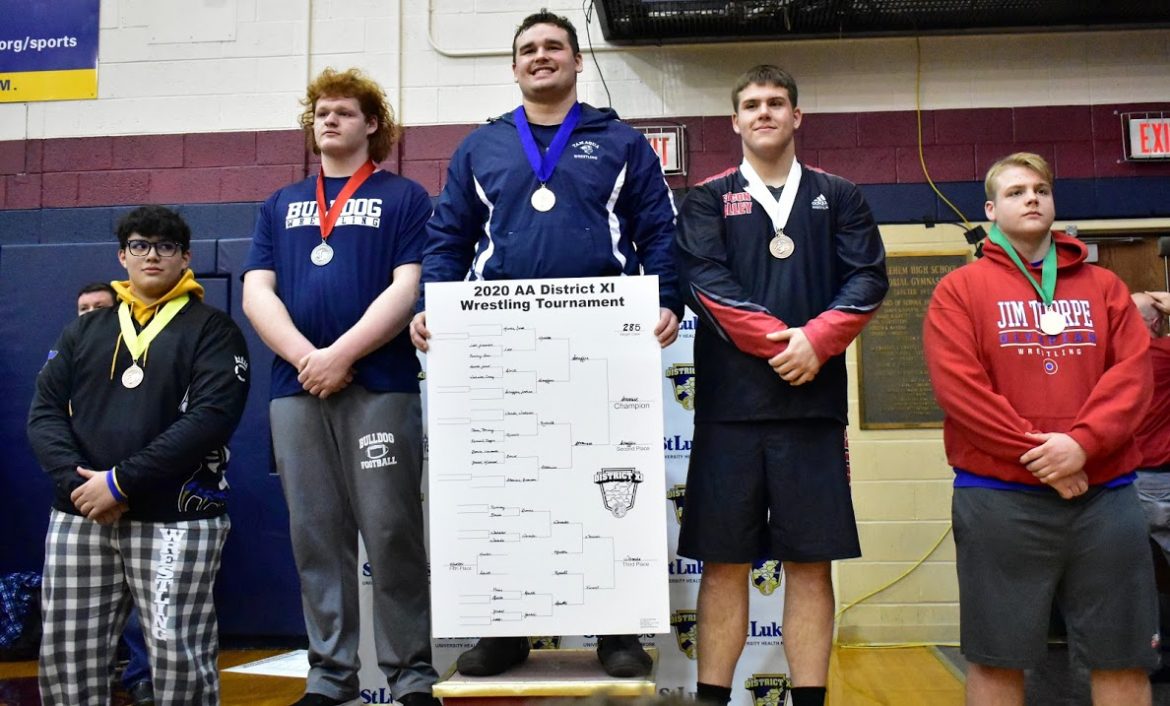 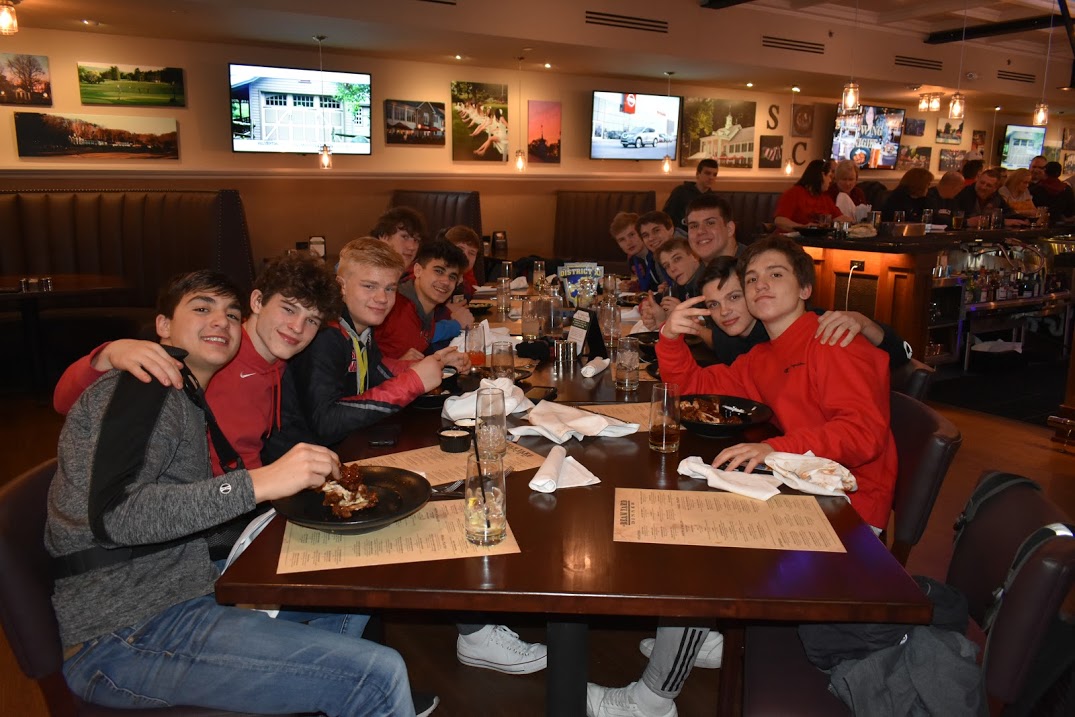 Panther wrestlers enjoying the post-tournament party at the Steel Club.