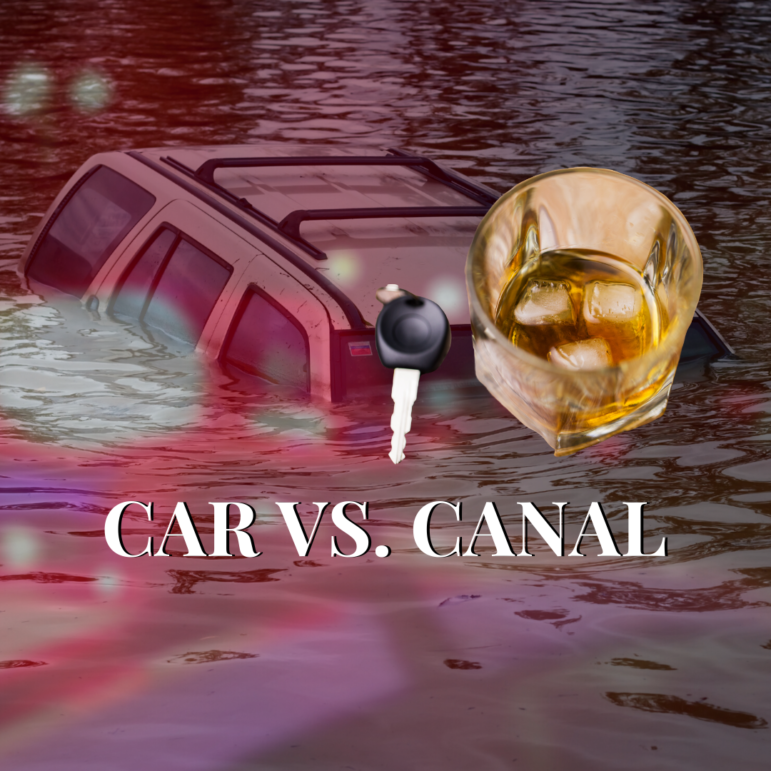 A trip to the Delaware Canal in Tinicum Township, Bucks County involved a car actually ending up in the waterway last month, according to Pennsylvania State Police at Dublin.

In a news release Thursday, police said patrol officers were called to the soggy scene shortly after 11:30 p.m. April 18, for “a report of a one vehicle crash where the vehicle was in the canal.”

Police said the only occupant of the vehicle was its driver–a 64-year-old Hatfield man–was “still inside” his 2011 Kia Forte when they arrived at the scene just off River Road.

Police said that upon conducting further investigation, officers “determined the operator was under the influence of alcohol and/or a controlled substance.”

Authorities did not name the man in the news release, but said he was arrested for suspicion of driving under the influence.

The man’s car was towed from the scene, they added.

Note: Individuals arrested for or charged with a crime are presumed innocent until proven guilty. This story was compiled using information from police documents.