Is Upper Milford Township home to someone who’s a serial predator of cats?

Information in recent Pennsylvania State Police news releases are indicative of that possibility.

In mid-April, state police at Fogelsville said a cat owned by a resident of the 4300 block of Mill Road was shot in “its front leg area” on the evening of April 8.

They added that “the cat was out of the house at the time of the injury and it (is) presumed that (the shooting occurred) somewhere in the neighborhood where its owner…resides.”

The cat’s leg had to be amputated by a local veterinarian, and in spite of continued publicity by the authorities the individual responsible has not been located.

Disturbingly, troopers said Monday that another cat in the same vicinity as where the earlier cat was maimed has been injured in what they said appears to be another “malicious act.”

In this case, the cat was injured Sunday morning in the area of Salem Drive, which is less than a quarter of a mile from Mill Road.

Police said the cat was “found wounded” at around 11:30 a.m. but didn’t describe the nature of the wound in their news release about the incident.

Anyone with information about these incidents of animal cruelty is asked to call Pennsylvania State Police at Fogelsville at 610-395-1438. 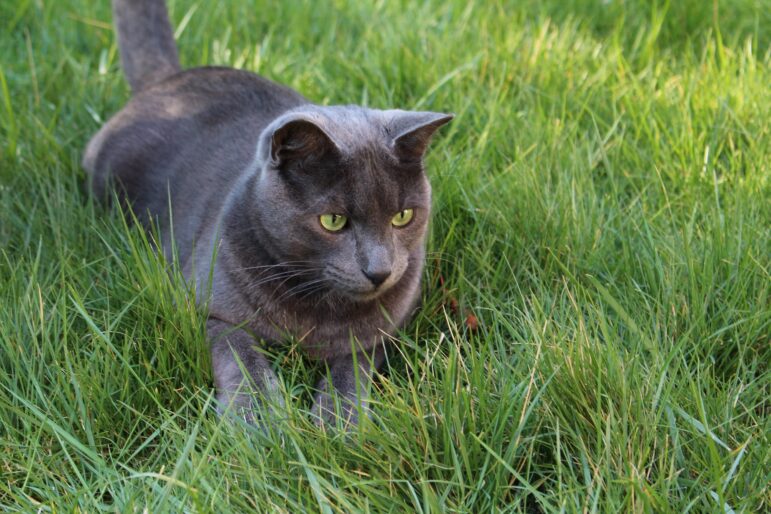 A grey cat sits in the grass in this public domain image. Note: This is not a photo of either of the cats that were injured.