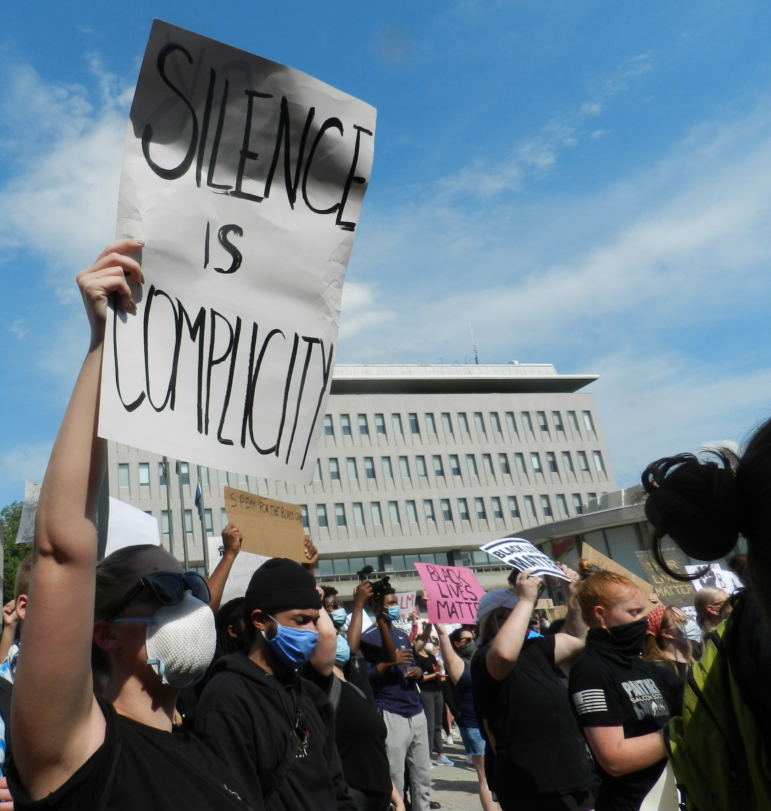 As protests in the wake of George Floyd’s killing continue throughout the greater Lehigh Valley area, some school districts are proactively addressing issues of race and diversity with their communities while others are choosing to remain silent. Pictured: Black Lives Matter demonstrators protest racism outside Bethlehem City Hall earlier this month.

Correction: An earlier published version of this story incorrectly indicated that Allentown Central Catholic High School had not issued a statement on racism. The school’s chaplain, Father Searles, shared a statement in a video that was posted on Facebook June 3. We apologize for any inconvenience the error may have caused.

With protests continuing throughout the area this past weekend, including in Hellertown itself, many local school districts as well as private schools have chosen to issue statements on the George Floyd murder, racism and/or diversity both within their districts as well as America over the past two weeks.

Some of the statements specifically mentioned Floyd, police brutality and systemic racism, while others approached the topics of racism, diversity and inclusion in broader, more general terms. Some were easily found on the districts’ respective websites, while others were sent as letters to parents and/or the communities which they serve.

For those that we at Saucon Source were not able to locate with a simple search, we reached out to superintendents and other administrators via email. Many responded, however some chose to remain silent. Overall, out of 23 districts or local private and charter schools, eleven had statements that were easily found on their websites, three had statements disseminated through other means and eight had no easily-obtainable statement and did not respond to our attempt at communication.

Saucon Valley Superintendent Dr. Craig Butler indicated in an email that he will be sharing a statement “the week of (June) 22nd.”

(All listings in alphabetical order)

Districts that did not reply:

Schools that did not reply: