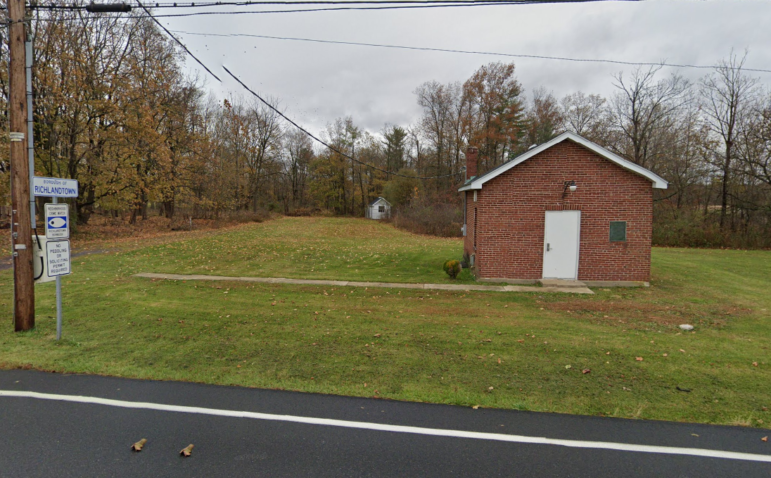 The Richlandtown Borough Water building, pictured above in November 2019, was struck when a driver veered off Union Road for an unknown reason, Richland Township Police said Tuesday. According to police, the vehicle caught fire and the driver was subsequently found deceased. Police have not yet identified the driver.

Local police and county officials are investigating a single-vehicle crash into the building that claimed the life of the driver just outside Richlandtown borough Tuesday afternoon.

In a brief statement published on their Crimewatch site, Richland Township police said the accident occurred at approximately 12:49 p.m. at the Richlandtown Borough Water building, which is located on Union Road just inside the township.

“The vehicle, which left the roadway for an unknown reason, struck the Richlandtown Borough Water building,” police said. “The vehicle caught fire and the driver was found deceased.”

Township police said the Bucks County District Attorney’s Office Accident Reconstruction Team is assisting their department in investigating the crash. Anyone who may have witnessed it is asked to contact Sgt. Michael Kisthardt at 215-536-9500.