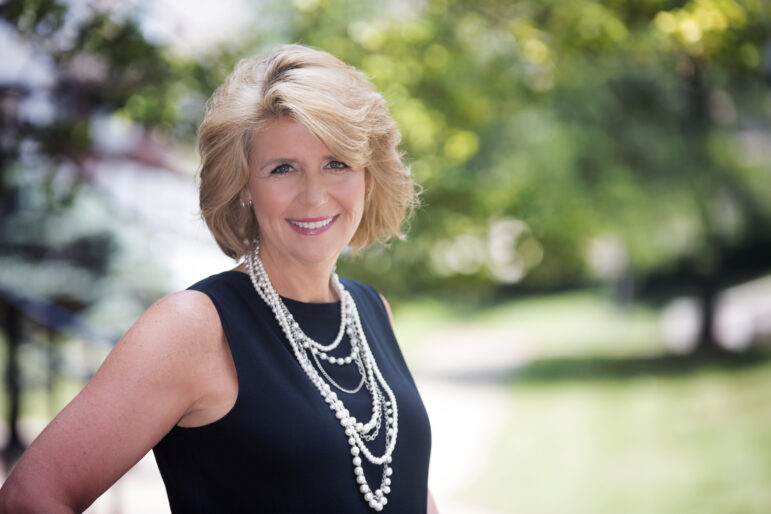 Anne Corley Baum of Saucon Valley is the author of the “Small Mistakes, Big Consequences” book series, in which she shares lessons and tips she’s learned as a successful business executive, coach and speaker. Her latest installment in the series is written specifically for job applicants and identifies many common mistakes that are made during the interview process.

The classic job interview in which one visits a corporate office for a meeting with a human resource director or potential boss-to-be isn’t as common as it once was, in part due to how businesses have had to adapt as a result of the coronavirus.

However, most of the principles that apply to a successful interview remain the same, regardless of whether it’s being conducted face-to-face or on a virtual platform such as Zoom, says author, speaker, executive and local resident Anne Corley Baum.

No matter what, begin the interview process by putting your best foot forward, she says.

“It’s always harder to recover from a negative first impression,” said Baum, who is Lehigh Valley executive & vice president, distribution channels and labor relations for Capital BlueCross, as well as the author of Small Mistakes, Big Consequences–for Interviews (Momosa Publishing, 2020), which explores many “do’s and don’ts” of interviewing. 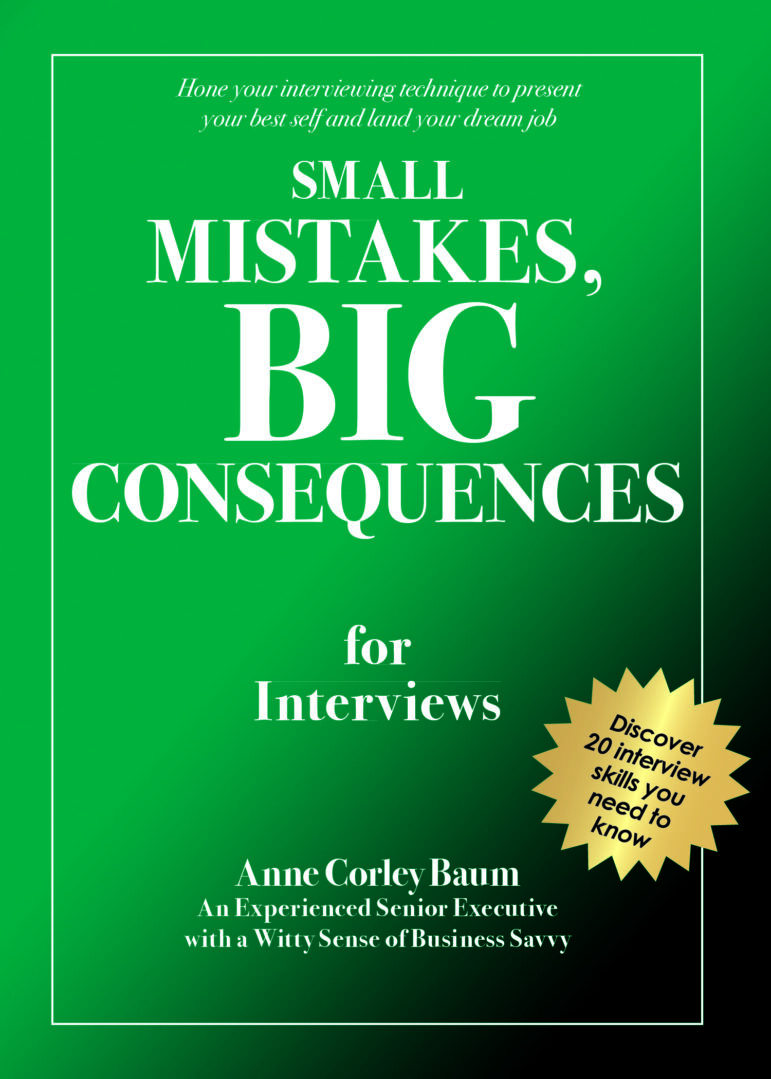 Above, the jacket for “Small Mistakes, Big Consequences–for Interviews” (Momosa Publishing, 2020) by local author and executive Anne Corley Baum. The book, which was released on Tuesday, Sept. 1, is the second installment in Baum’s series designed to help others succeed in the world of business.

The book was released Tuesday and is Baum’s second work, as well as the second in her Small Mistakes, Big Consequences series, which is published by locally-owned Momosa Publishing. A third book in the series is already in the works and will focus on the timely topic of how to successfully navigate phone and video conference calls, she said.

“I’ve been interviewing people throughout my career,” Baum said of her experience in the field. “When you have a whole pile of resumes to go through, of course you’re looking for the perfect candidate, but you’re also looking at how to narrow down your list.”

According to Baum, research confirms that first impressions are generally formed within 17 seconds of meeting someone, and are typically based much more heavily on what someone is wearing and how they are acting (55 percent of a first impression) as well as how they sound (38 percent) than on what they are actually saying (just 7 percent).

Small Mistakes, Big Consequences–for Interviews focuses on helping job candidates prepare themselves to make a positive first impression by using illustrated, easy-to-understand examples of how not to behave in an interview setting.

Each brief chapter is numbered to represent a specific type of “bad” interviewee, such as “The Interrupter,” who Baum writes “is always interjecting their thoughts and opinions while others are still speaking,” or “The Personal Shopper,” who is obviously “shopping for benefits, perks and anything that makes their life easier.”

“When I’m posting a job, I’m posting it because we need that skill,” Baum said. “We need to figure out if that person meets the needs that we have as a company.”

The biggest mistake interviewees make is simply not being prepared, according to Baum.

“It shows up in a lot of different characters in the book,” she said. “Whether it’s the late arriver…or they don’t call at the correct time if it’s a phone interview.”

Worse still is the person who comes to a job interview without really knowing why they’re there or where they are; especially egregious behavior, since search tools like Google make it a cinch to ascertain facts about a business online within a matter of seconds.

“When somebody doesn’t prepare, it’s actually more noticeable (because) there’s so much information out there,” Baum said. “It’s astounding to me that people show up for an interview without even understanding the business, the job for which they’re interviewing (or) sometimes (without) even knowing the name of the person with whom they’re interviewing.”

Researching the company and the person with whom you’ll be meeting will not only prepare you for your interview, but will also boost your confidence–and being less anxious will ultimately give you an edge during the interview, she added.

“Practice makes you better,” she emphasized, adding that mock interviews can also be helpful when preparing for your next big interview because they will help you polish your speech as well as cement your answers in your mind.

If you will be interviewing on a web-based platform, take the time to log into it beforehand to ensure that you’re ready for your virtual closeup, Baum said.

Make sure that your camera is set at a good angle, test your device’s audio in advance and make sure you have a good background or “Zoom space” set up, she said. It’s also a good idea to do whatever you can to minimize the potential for distractions–such as from questioning kids or curious pets–during your interview, although Baum said there is a bit more tolerance for “zoombombing” than there was pre-COVID.

Baum stressed that whether you’re someone who is new to the job market–such as a recent college graduate–or a veteran job interviewee, Small Mistakes, Big Consequences–for Interviews will have something in it to help you improve your game.

“It’s for anybody who’s approaching an interview,” she said. “Most of the things that I include in the book; yes, they’re common sense, but they’re things that people actually notice but don’t tell you. That’s why I wanted to get these ideas out there.”

For local residents interested in getting their hands on a signed copy, Baum will be part of a safe, socially-distanced book-signing event at the boutique AM Luxe in downtown Bethlehem on Friday, Sept. 25 from 4 to 8 p.m.

Also look for a social media contest on Baum’s channels, including her Facebook page, beginning later this week.