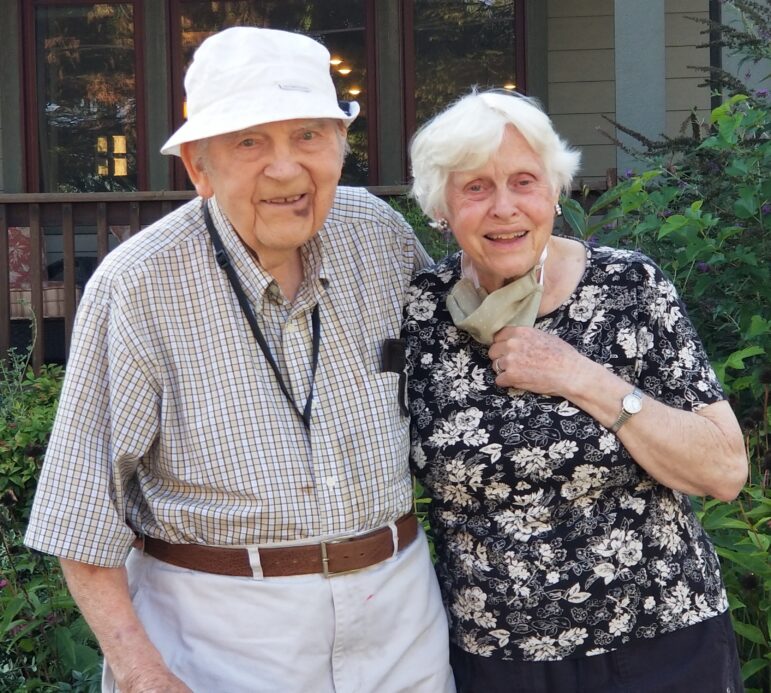 Rev. Dr. Howard H. Cox and Mrs. Shirley L. (Peet) Cox celebrated their 70th wedding anniversary at a picnic with immediate family at their daughter Sara’s home in Bethlehem Sunday. The couple were married on Sept. 9, 1950 in a backyard ceremony at the home of the bride’s mother, Mrs. Lottie (Guthrie) Peet, on West Circle in Bristol, Pa., with approximately 50 guests in attendance. They then embarked on a honeymoon road trip to northern Wisconsin. 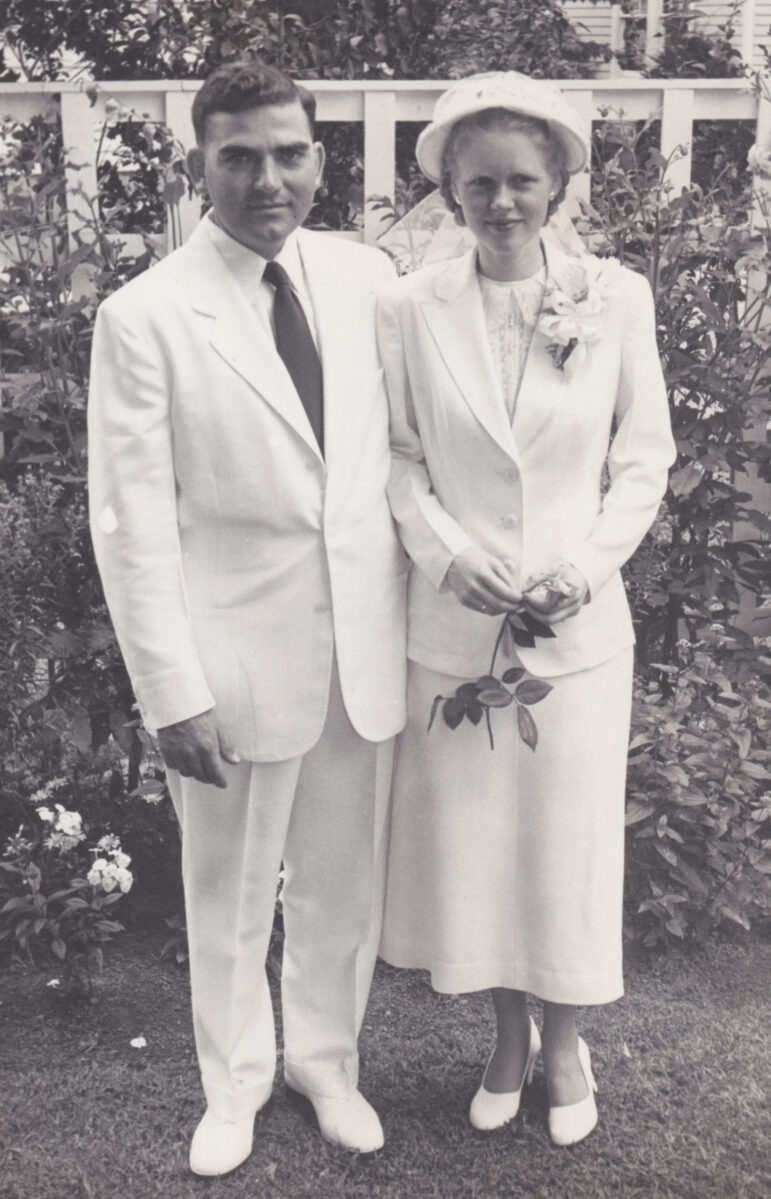 Contributed by the Cox family

Shirley grew up in Bristol and Howard is a native of Hopewell, N.J. The couple met while studying at the Pennsylvania State University, where a shared love for music brought them together as singer (he) and accompanist (she). Both sang in the college choir. Following their graduation, engagement and marriage, they lived in Brooklyn, where Howard was by then a student at Union Theological Seminary. Upon his graduation from that school, they moved to Princeton, N.J., where he continued his studies at Princeton Theological Seminary. After graduating with a doctor of theology degree in 1960, the couple moved to Bethlehem, living first on Church Street. That year Howard began his career as a professor of Old Testament at Moravian Theological Seminary, where he also taught until his retirement in 1989. In 1961 the Coxes built their home in the city, in which they raised their children–including Martha, Emily and Jonathan–who joined them along with their spouses at Sunday’s (socially-distanced) celebration. Also present were three of their five grandchildren: Josh, Sylvia and Hannah (not present were granddaughters Abigail and Charlotte). Over the years, the Coxes have cultivated many interests, but none as lasting as their family’s love and admiration. They remain involved in the lives of many loved ones and friends, and appreciate all of the congratulatory messages they’ve received on this special milestone. 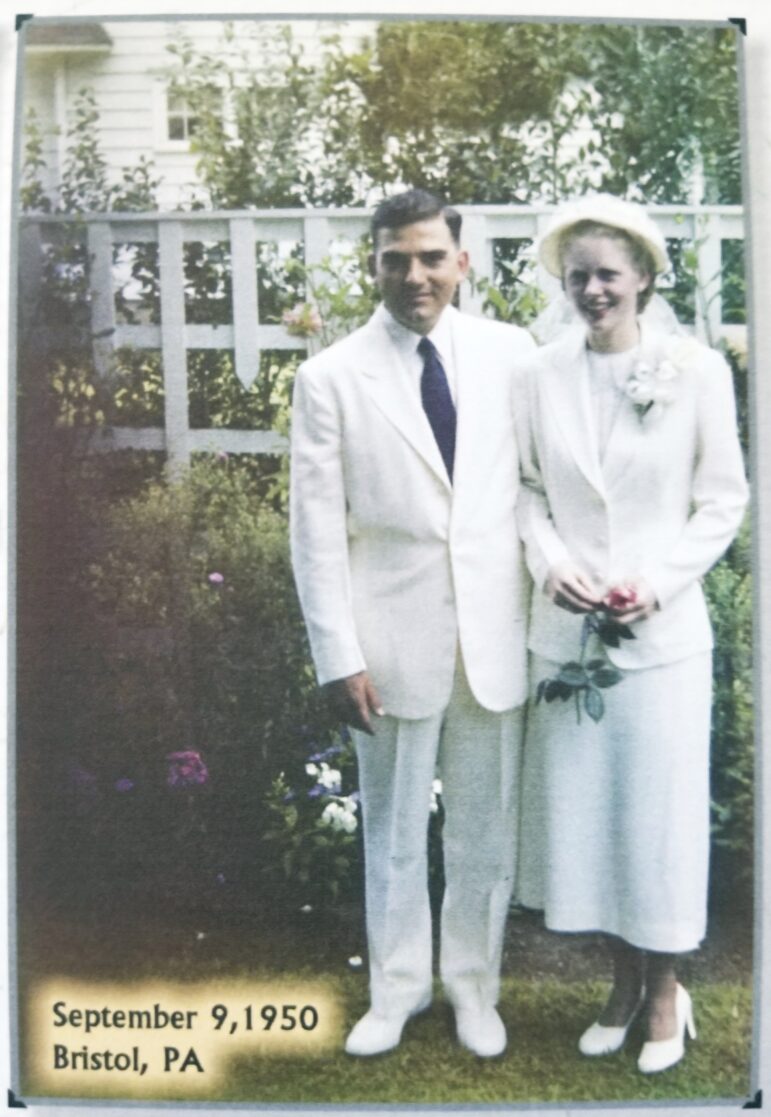 The couple on their wedding day, Sept. 9, 1950. The Coxes were married in Bristol, Pa., at the home of the bride’s mother.