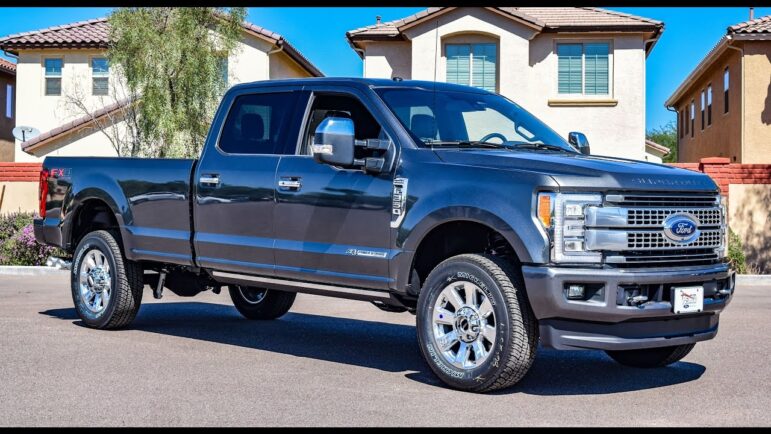 A Schwenskville, Montgomery County man is accused of using his truck to assault state police officers who were attempting to stop him for vehicle code violations early Sunday.

In a news release issued Wednesday, Pennsylvania State Police at Dublin said the troopers from the Skippack barracks were patroling Rt. 663 in Upper Hanover Township when they first tried to stop the 38-year-old man who was driving a blue Ford F-350.

Police did not identify the man in the news release.

At approximately 12:18 a.m., they said the officers activated their emergency lights and sirens in an attempt to pull him over, but instead of complying, the man “accelerated in an attempt to flee.”

“Without reason or warning, the operator of the Ford F-350 rapidly reversed his vehicle, intentionally ramming the trooper’s patrol vehicle,” police said in the news release.

One of the troopers was struck by the vehicle’s door, which knocked him to the ground and resulted in “an injury of an unknown extent,” they said.

The pursuit then resumed, with the driver of the Ford truck once again stopping and reversing in an attempt to hit the troopers’ vehicle at Steinsburg Road and Tirjan Avenue in Milford Township, police stated.

The pursuing officers swerved off the roadway in order to avoid being struck, before the pickup driver “conducted a K-turn and began traveling directly at the troopers,” the news release indicated.

At that point, police said both officers discharged their service weapons and struck the Ford F-350 multiple times.

“The operator of the Ford F-350 was not struck by the gunfire and fled from the scene towards (the 1800 block of) Baumans Road, where his vehicle became disabled,” police continued.

Finally, he fled on foot, which resulted in the police’s decision to establish a perimeter.

It was only with the assistance of a state police aviation unit that he was finally taken into custody, police said.

The driver will be facing charges including aggravated assault on law enforcement officers that will be filed by the Bucks County District Attorney’s office, they added.