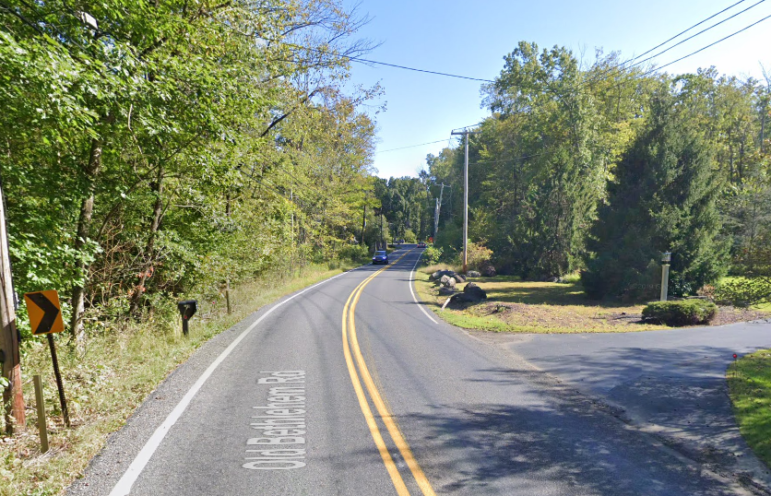 A man who was reportedly driving erratically is accused of causing a three-car accident Tuesday in Upper Bucks County, Pennsylvania State Police at Dublin announced in a news release.

According to police, prior to the 5 p.m. accident the 48-year-old man from Ottsville was reported to be driving erratically “by multiple witnesses” in the area of the 100 block of Old Bethlehem Road in Haycock Township.

Police said the man “eventually traveled north on Old Bethlehem Road…and pulled into a driveway to turn around.”

He then backed out of the driveway and failed to yield to oncoming traffic, police said.

As a result, they said the rear of the man’s vehicle struck the front end of a vehicle operated by a Quakertown woman, which then ricocheted into the center of the roadway where it struck a third vehicle head-on.

Police said the third vehicle was operated by a Chalfont woman.

Police did not say whether or not any injuries resulted from the accident.

Immediately following the accident, they said the male driver “failed to stop and fled the scene.”

Although he wasn’t named in the news release, police said the man has been identified.

The investigation into the crash is continuing, and police said charges against the man are now pending.