As COVID-19 case counts continue to rise at a record-breaking pace, the number of deaths from the disease is also growing locally, throughout Pennsylvania and across the United States.

On Friday, Northampton County released updated death totals for every municipality within the county, including both Hellertown borough and Lower Saucon Township. 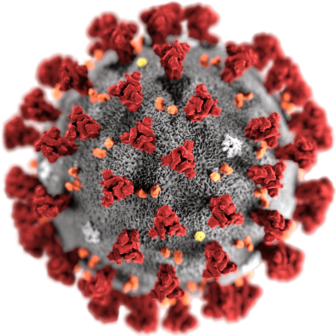 Pennsylvania has confirmed nearly a quarter of a million cases of COVID-19 since the coronavirus pandemic began in March 2020. More than 9,200 residents of the state have died from the disease.

As of Nov. 9, the Northampton County coroner had confirmed 299 deaths from COVID-19 within the county, according to a news release from Deputy Director of Administration Becky Bartlett. Of those, 268 were resident deaths and 31 were non-resident deaths.

The news release also included data about Northampton County residents who have died from COVID-19 in neighboring Lehigh County.

According to the chart, the two Lower Saucon Township residents who have died from COVID-19 both died in Lehigh County, which is home to several large hospitals.

To date, eight Hellertown borough residents have died from COVID-19 in Lehigh County and three have died from it in Northampton County, the news release said.

COVID-19 death totals for other nearby municipalities were provided in Friday’s Northampton County news release as follows:

Northampton County Executive Lamont McClure noted in it that the current rate of positive results at the county’s testing center is 7.6 percent, which is in the moderate range, according to the COVID-19 monitoring database CovidActNow.org.

That site puts Northampton County’s current positive test rate at 5.1 percent, which is also classifed as being within the “medium” level (three to 10 percent) of positive results.

Northampton County this week joined Lehigh County in being classified by the state as a county in which “substantial” transmission of COVID-19 is occurring.

According to CovidActNow data, the county reported 133 new cases of coronavirus on Thursday, which was just shy of its record of 136 cases, reported on April 28.

Prior to this week, the highest seven-day rolling average for new cases in the county had been 82 new cases a day in early April.

Lehigh County is also on the verge of setting a new record for that metric, with its current seven-day rolling average of 141 new cases a day now equal to the peak number recorded at the height of the pandemic’s first wave in Pennsylvania, which was back on April 9.

Lehigh County reported 202 new cases of COVID-19 Thursday. That’s the second highest daily number of new cases in the county, which confirmed 220 cases on April 4, according to CovidActNow data.

Lehigh and Northampton counties are currently faring better than the state of Pennsylvania as a whole in terms of their new case counts, although “better” is a relative term, given the scale of the outbreak that is now occurring.

Pennsylvania smashed its daily record for new cases again Friday, with the state confirming 5,531 new cases, according to a Department of Health news release.

CovidActNow put the total for Nov. 12 even higher, at 6,023 new cases. That spiked Pennsylvania’s seven-day rolling average for new cases to 4,067 per day. For perspective, the record for that metric set in the spring was 1,672 cases per day over a one-week period.

The fact that temperatures are falling, people are spending more time inside and flu season is just beginning means these numbers could increase far beyond where they are now, which may be a reason why paper products like toilet paper and paper towels are again flying off store shelves.

“With flu season starting this month, we’re encouraging everyone to wear face masks
in public and to continue to social distance,” McClure noted in Friday’s news release.

A state order mandates the use of face masks in businesses and outside in public settings in which six feet of social distance cannot be maintained, however compliance with the mandate continues to be on a largely voluntary basis.

Pennsylvania governor Tom Wolf and state health secretary Dr. Rachel Levine said recently that the state has no plans to restrict the activities of residents the way it did during a shutdown that lasted from March to early June in the Lehigh Valley, in spite of the record number of new cases and rising daily numbers of deaths from the disease, which could put a strain on hospitals come winter.

The dashboard on Friday indicated that approximately 1,250 of the state’s 5,055 ventilators were in use by both COVID-19 patients and patients with other illnesses.

The average number of available ICU beds had declined to an average of 825 as of Friday. That’s the lowest that average has been since at least June, according to the dashboard.

Meanwhile, the average number of patients hospitalized per day with COVID-19 in Pennsylvania–which is based on a 14-day moving average–has climbed to approximately 1,700. In late September, that average bottomed out at around 450 patients per day.

The average number of COVID-19 patients hospitalized on ventilators in the state–which is also based on a 14-day moving average–was 161 on Friday. That’s the highest that daily average has been since late June.

To date, there have been more than a quarter million COVID-19 cases confirmed in Pennsylvania, where the disease has claimed more than 9,200 lives since March.

Northampton County operates its own COVID-19 drive-thru testing site, which is located at 3100 Emrick Blvd., Bethlehem, in the parking lot of Coordinated Health. It is open Monday, Wednesday and Friday from 10 a.m. to 4 p.m. as well as Tuesday and Thursday from noon to 6 p.m. The site is also open every Saturday from 9 a.m. to noon.

According to Friday’s news release from the county, the majority of patients being tested at the facility are receiving their results in one to two days.

A doctor’s order isn’t required to obtain a test, but to be eligible for testing “individuals must report or display one or more CDC-recognized symptoms of COVID-19: fever, dry cough, shortness of breath, chills, muscle pain, headache, sore throat or loss of taste and/or smell,” the news release said.

The drive-thru testing site is open to everyone, but only Northampton County residents are eligible to receive a free test if they lack medical insurance. Individuals should bring a photo ID and their insurance card, if they have one, with them to the testing site.

Additional information about COVID-19, the current numbers, the state’s efforts to stop the disease’s spread, symptoms and epidemiology can be found on the Pennsylvania Department of Health website, which includes the dashboard.

The majority of new cases continue to occur in younger people, and particularly in 19 to 24-year-olds, the department continues to stress.