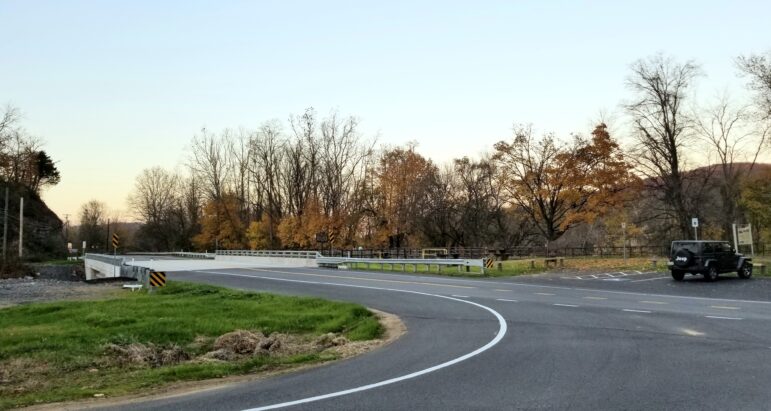 A new bridge spanning Cooks Creek in Durham Township, Bucks County, recently opened. PennDOT’s $5 million bridge reconstruction project included improvements to the intersection of routes 212 and 611, which is just south of the bridge.

Motorists who travel along Rt. 611 (Easton Road) and Rt. 212 (Durham Road) in Bucks County will be happy to know that PennDOT has finished the majority of road work in the area where they intersect, just south of Riegelsville in Durham Township.

According to a PennDOT press release, both roads were closed from Aug. 10-14 as part of a months-long construction project to replace the bridge carrying Rt. 611 over Cooks Creek.

The creek empties into the Delaware River just north of the intersection of routes 212 and 611, which was reconstructed as part of the project.

The former bridge, which carried an average of 5,500 vehicles a day, was replaced by a new bridge measuring 71 feet long and 50 feet wide. PKF-Mark III of Bucks County served as the general contractor on the more than $5 million bridge reconstruction.

Motorists traveling through the intersection during its reconstruction had to navigate single-lane rerouting and a temporary traffic light that was in use until recently.

The intersection work consisted primarily of improving issues with drainage in the area, according to PennDOT spokesperson Robyn Briggs.

Safety improvements were also made to the intersection, including installing a delineated guide rail and new pavement markers, which Briggs said are used to “slow vehicles down and help them with safety during inclement weather.”

According to Briggs, all work pertaining to the intersection and the new bridge are now complete.

Road work crews may still be seen in the area working on improvements to the state Department of Conservation and Natural Resources’ adjacent parking lot, which is next to the Delware & Raritan (D&R) Canal trail.

“That work right there by the parking lot is the last remaining work that needs to be done,” Briggs said.

She believes that curb and shoulder improvements, as well as the placement of a utility pole make up the majority of the remaining parking lot work.

Motorists can check the condition of more than 40,000 miles of state roadway by visiting 511pa.com. 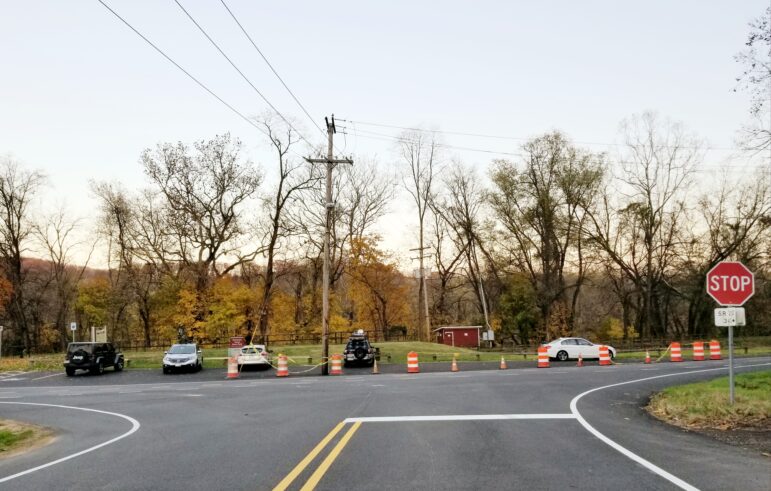 Work on a parking area adjacent to the intersection of routes 212 and 611 is still being wrapped up. The parking area is for visitors to the Delaware & Raritan Canal tow path, which passes by the new Rt. 611 bridge south of Riegelsville.