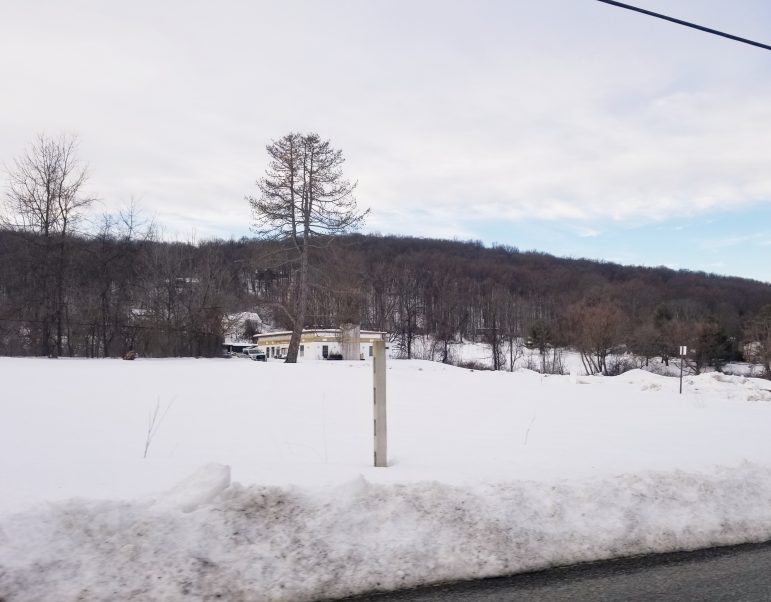 The former Camp JCC on Vera Cruz Road in Upper Saucon Township is set to become a winery with a tasting room and retail outlet.

A former Jewish Community Center (JCC) of the Lehigh Valley camp in Upper Saucon Township that was once the site of a proposed Tree Course Adventures rope park is now instead set to become a winery, following plan approval by township supervisors last month. The winery at 5831 Vera Cruz Road will be called Stone Cellar Farm & Vineyard.

The 55-acre former Camp JCC property is within the township’s South Mountain Conservation Zone and was purchased by Roger Rockhill, a finance manager from southern New Jersey, and his fiancée, Julie Juckes. At their Jan. 28 meeting, Upper Saucon supervisors approved an agreement with the property owners under which the township won’t object to their special exception zoning application for various business operations on the property.

Juckes said initial wine production will be limited to the grapes harvested from vineyards already growing on the site. Additional grape vines are scheduled to be planted this spring, with an expected one- to two-year wine production timeline for those vineyards.

The Tree Course Adventures rope park was originally proposed about a year ago, but the plan proved controversial with some residents, who voiced opposition to it at public meetings and even launched a petition against it. It also faced an uphill battle because of the property’s location within the conservation zone, in which an adventure course is not a permitted use. After the company requested special approval from the Upper Saucon Township Zoning Hearing Board for the course installment and to allow removal of some trees to accommodate the park, noise and possible environmental impacts were among the concerns shared with supervisors by nearby residents with the board.

Tree Course Adventures operates rope and zipline courses in the Poconos and elsewhere. After the sale to the company fell through last summer, the property was purchased by Rockill and Juckes from the JCC for $850,000.

Plans for the Stone Cellar Farm & Vineyard winery include a wine-tasting venue, a retail outlet, on-site activities/events and a garden in produce may be grown for sale.