An attorney who was previously involved in one of Bucks County’s most high-profile criminal trials in recent memory is part of former President Donald Trump’s impeachment trial defense team.

Julieanne Bateman, an Upper Bucks County native and daughter of Bucks County President Judge Wallace Bateman, sat in the U.S. Senate chamber in Washington, D.C., Tuesday for the opening of the trial against Trump for his alleged role in inciting the insurrection that led to several deaths at the U.S. Capitol on Jan. 6, two weeks before he left office.

Trump was impeached last month for a historic second time, just one week before President Joe Biden was inaugurated.

The Philadelphia Inquirer reported that the defense team spent hours working on the case before the start of the impeachment trial, however Castor’s opening-day arguments were criticized as ineffective and meandering by politicians on both sides of the aisle, and reportedly left their client fuming. The Inquirer published a story Thursday in which several Montgomery County residents said they feel embarrassed by how Castor has represented the county on the national stage. Castor, meanwhile, has maintained that his opening defense of Trump went as planned and will help vindicate his client, who he also maintains isn’t upset with him.

Trump could be barred from holding public office for the rest of his life if convicted.

A Senate conviction appears highly unlikely, however, due to the fact that 17 Republican senators would have to join all 50 of their Democratic colleagues in voting to punish the former president. So far, only a handful have expressed openness to convicting Trump based upon the evidence that is being presented by a cadre of Democratic House impeachment managers led by lead prosecutor U.S. Rep. Jamie Raskin (D-Md.).

Bateman worked in 2019 with Philadelphia attorney Charles Peruto to defend Sean Kratz, a Philadelphia man sent to prison for life along with his cousin Cosmo DiNardo for the now-infamous murder of several young men near New Hope, Bucks County in 2017. The high-profile case and Kratz’s subsequent trial gained national attention. 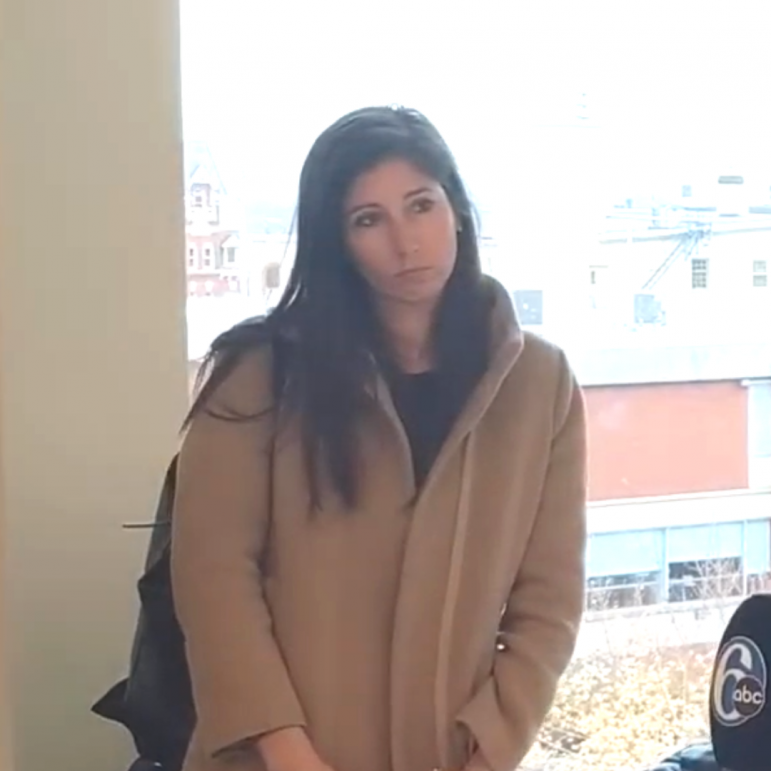 Bateman’s biography on her law firm’s website cites her background in criminal law and the child welfare system in Bucks, Chester, Delaware, Montgomery and Philadelphia counties. It notes that she previously worked as an assistant district attorney in Franklin County, Pa., and clerked for Bucks County Judge Robert Baldi, who heard the Trump campaign’s local election case in 2020.

Bateman previously worked at the Perkasie-based law firm of Grim, Biehn, and Thatcher.

Bateman is familiar with Washington, D.C., having attended George Washington University as an undergraduate and earning a Bachelor of Arts in international affairs, with minors in history and sociocultural anthropology. She earned her law degree from the Columbus School of Law at the Catholic University of America in the nation’s capital.

She is admitted to practice law in the Commonwealth of Pennsylvania as well as the U.S. District Court for the Eastern District of Pennsylvania, according to her biography.