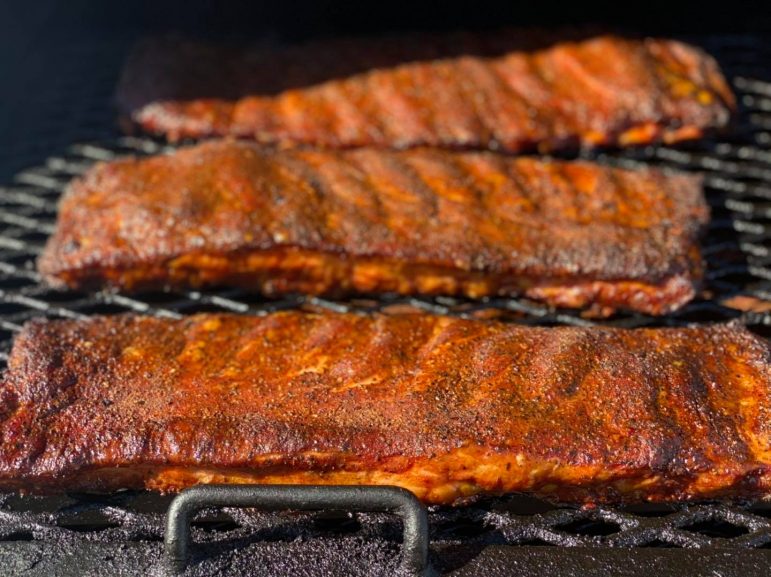 The mouth-watering racks of Texas-style ribs Nick’s BBQ smokes are a feast for the eyes as well as the tastebuds.

At Lower Saucon Fire Rescue, Se-Wy-Co Fire Station in Lower Saucon Township you’ll find a delicious surprise. Nick’s BBQ is a Texas-style smokehouse and barbecue pit now operating out of the building, which is located along Rt. 378 near Black River Road. Their authentic smoked meats have quickly become a local favorite and are winning rave reviews from customers.

Owner and Saucon Valley native Nick Binczak is a smoked meat aficionado, having purchased his own smoker in 2018. Over the next few years, Binczak–then a bartender and server at Fegley’s Bethlehem Brew Works–perfected his smoking craft from his backyard.

“When I first started, I would smoke everything–anything that was cheap,” Binczak said, fondly recalling his early barbecueing days.

In June 2020, he found a new home for his smokehouse: the local fire station.

Binczak’s high school friend, Neville Billimoria, is a volunteer firefighter with Lower Saucon Fire Rescue who helped Nick’s BBQ find its home. He put Binczak in touch with fire company president Scott Krycia, who helped him set up a kitchen and smoke pit at Se-Wy-Co.

Although Binczak enjoys experimenting, he said all of his meats are prepared in the Central Texas barbeque style.

“At first, I was pretty hooked on learning barbecue, and the traditions,” he explained. “I fell in love with Texas-style, which is known for using very simple dry rubs; usually only salt and pepper, and wood.”

Hickory and mesquite are popular choices for smoking, he said, but Binczak uses oak, which gives the meat a subtle, toasty tang. 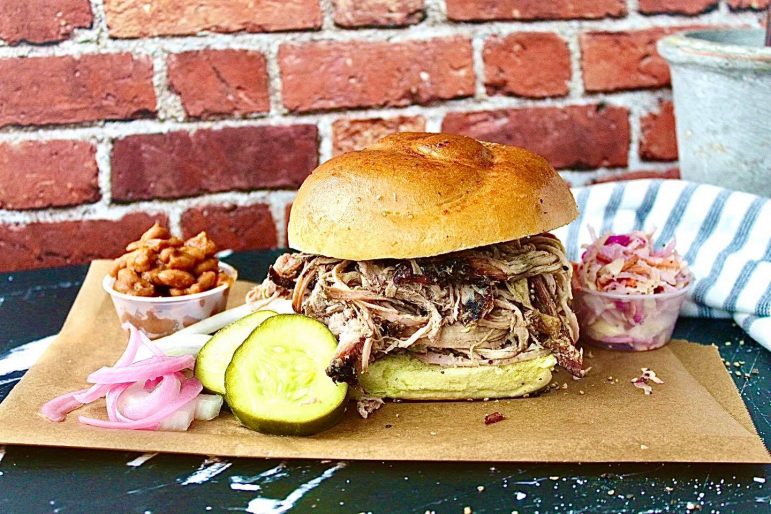 Nick’s pulled pork sandwich is served on a Lusitania Bakery brioche roll, piled with half a pound of meat. The meat is “slow smoked pork shoulder, cooked to tenderness, seasoned with our secret pork rub and dressed with our savory vinegar sauce for some twang,” according to a description available on the business’s Instagram page. It can be customized with a variety of toppings and is available with sides such as tangy cole slaw, cornbread and pinto beans. (Credit: Nick’s BBQ)

Binczak and his team abide by classic smoking rules. No electricity is used, fires are built from scratch and all the meat is fresh and top quality. And they don’t mind staying up late to get the best results.

“Smokes are long,” Binczak said. “We are here some nights until 2 to 3 a.m. finishing briskets, just to get ready to throw ribs on at 8 a.m. It’s a 24-hour process. For it to be done right, and fresh, you can’t take shortcuts.”

The meat stays on the smoker for hours at a time, with the famous brisket taking the longest to cook time (approximately 12 to 14 hours). 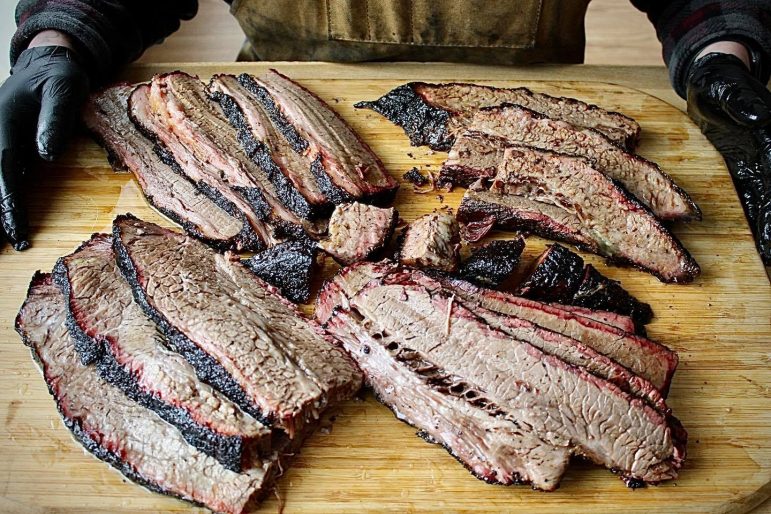 The brisket is quickly becoming a customer favorite, as are the pulled pork, pork ribs, Dino (beef) ribs and Nick’s Grease Pit sandwich. Everything on the menu is cooked and prepared with passion and care, and the result is a barbeque masterpiece.

Party platters are also available for ordering, which can be done online via Facebook, at NicksBBQPA.square.site or by calling 610-438-0911. The business’s address is the same as Lower Saucon Fire Rescue, Se-Wy-Co Fire Station’s: 1 Kenny Headman Lane, Bethlehem, Pa.

Masks are required when picking up food, and as of early March Nick’s BBQ’s menu is available for curbside pickup and delivery only. Binczak said picnic tables for seating and live music spaces will eventually be added to the premises, as will the option to order alcoholic beverages from the Se-Wy-Co Social Club, once it is possible to do so safely.

Nick’s is the second up-and-coming food business to set up shop in one of Lower Saucon Fire Rescue’s three stations. Just a few miles away from Se-Wy-Co, Fork’d Handmade Pierogies are now sold at the company’s Leithsville Fire Station on Rt. 412 near Hellertown. 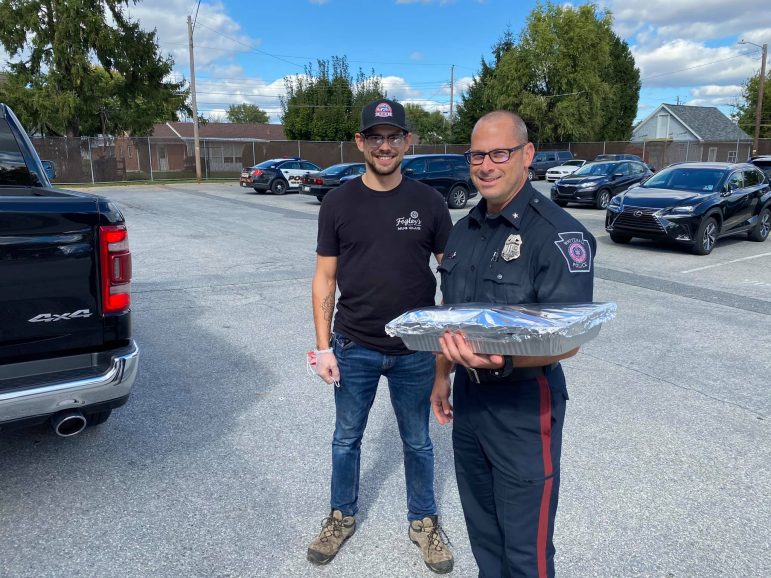 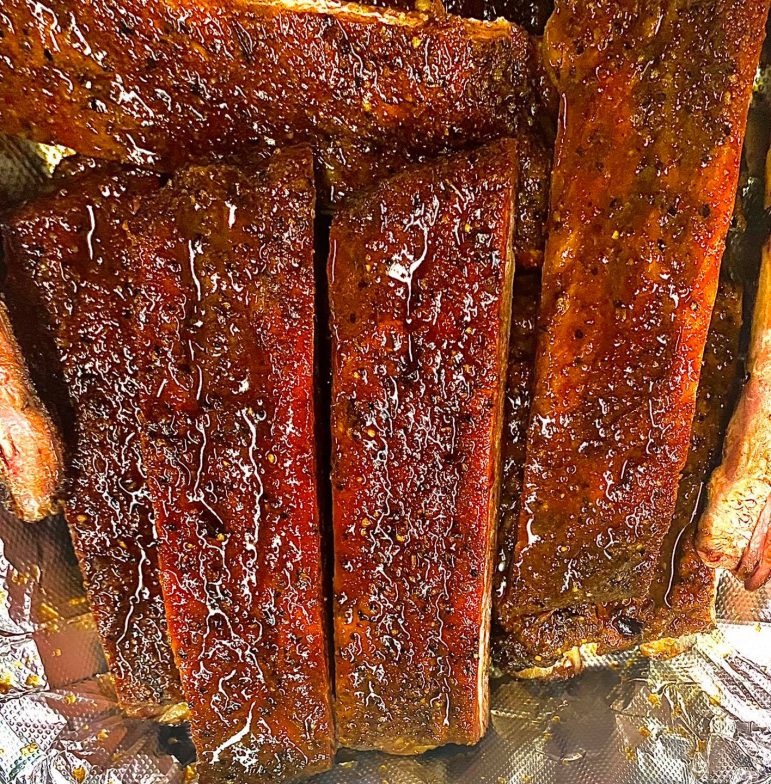