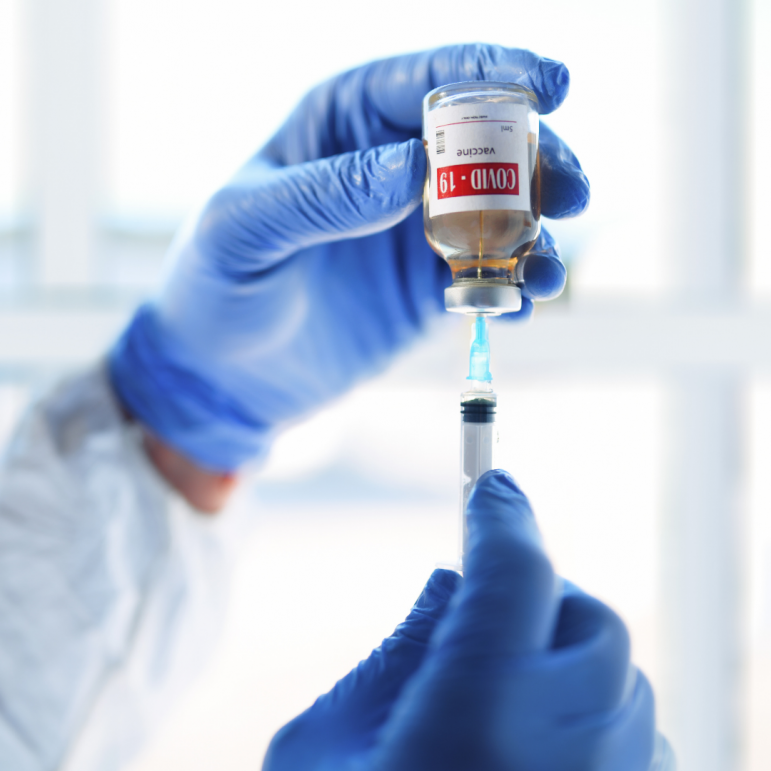 Pennsylvania will deploy its National Guard and dedicate its supply of Johnson & Johnson vaccines to inoculate school employees against COVID-19 starting next week, a move that officials hope will accelerate the state’s return to in-person instruction for students.

The plan Gov. Tom Wolf unveiled with the state’s COVID-19 legislative task force Wednesday makes roughly 200,000 teachers, support staff, bus drivers and cafeteria workers eligible for the new vaccine. Wolf estimated that the bulk of those educators should be vaccinated and able to return to classrooms by the end of the month.

“Our goal is to offer every public and private school worker a vaccine,” Wolf said at a press conference Wednesday. “We want to keep staff and students safer in schools and help get students back into the classroom.”

Philadelphia, which administers its own vaccine program in coordination with the federal government, started vaccinating its teachers last month.

Eligible school employees will be able to get vaccines starting March 10, the state announced. The Pennsylvania Emergency Management Agency will work with 28 intermediate units across the state to establish vaccine sites where National Guard members will administer shots, according to a press release from Wolf’s office.

Most of those sites will be up and running by the end of next week, Wolf said, with educators to receive information in the coming days about how to sign up for vaccine appointments.

Wolf said the state’s bipartisan vaccine task force finalized the plan over the weekend, after federal regulators approved the Johnson & Johnson vaccine for emergency use.

Pennsylvania expects to receive 124,000 Johnson & Johnson vaccines doses in its first allocation this week. The newest vaccine in America’s arsenal achieves full efficacy with just one dose and does not require hyper-cold refrigeration.

That will make for a faster, more flexible vaccine mission than the state would achieve if it used the Moderna or Pfizer vaccines instead, Wolf said.

“We want to help get students back into the classroom, and it’s faster doing it this way than any other way that we could conceive,” Wolf said.

Wolf said Wednesday that the state has not changed the eligibility criteria for its phased vaccine rollout, which currently prioritizes senior citizens and people with pre-existing health conditions.

Those patients will continue to receive Pfizer and Moderna shots, which should grow in supply this month, Wolf said. Since teachers will receive a dedicated stream of Johnson & Johnson doses, they won’t jump the line and get vaccinated ahead of eligible people who have been waiting for months, he added.

The Johnson & Johnson vaccine has been shown to prevent new COVID-19 cases with 72 percent efficacy in the United States. That’s a slightly lower protection rate than other vaccine models, but clinical trials show it is just as effective as the Pfizer or Moderna doses in preventing hospitalizations and death due to COVID-19.

“The bottom line is, all three are effective,” Rep. Bridget Koseroski, D-Lackawanna, a task force member and former nurse, said Wednesday. “The main goal is to keep you from getting ill from COVID-19, and to keep you out of our hospitals’ intensive care units and off ventilators.”

A prerequisite for reopening?

Wolf’s announcement came nearly one year after he issued a historic order shuttering schools statewide. That thrust the state into an untested experiment in massive online learning, and efforts to return students and teachers to classrooms have since been scattered.

Teachers in the School District of Philadelphia, the state’s largest public school system, are due to report to classrooms this week after working from home all year. Union leaders there opposed earlier efforts to bring teachers back before the district had retrofitted old buildings or provided access to vaccines.

Other districts have tried to reopen classrooms last year, with many blending in-person and remote instruction.

Pennsylvania has seen isolated COVID-19 cases among school employees and students since some returned to in-person instruction last year. One district saw an outbreak among its bus drivers last month, leading it to suspend transportation services for students.

International studies of school-based transmission found that students and school employees faced a higher risk of contracting COVID-19 when the virus was already circulating rapidly in the community, according to the World Health Organization. But those studies also found that shutting down schools was less effective than other public health interventions at thwarting COVID-19 spread overall.

Teachers and other adult staff are also at higher risk of contracting the disease than children.

Acting state Health Secretary Alison Beam told a Senate panel Wednesday morning that the safety of children and staff in schools would depend on the state’s ability to avoid new surges this spring.

Pennsylvania’s new COVID-19 cases and hospital admissions have trended downward in recent weeks, and “keeping that low is going to be key to keeping our students in school,” Beam said.

The director of the federal Centers for Disease Control and Prevention said last month that schools could reopen safety without widespread vaccinations for staff.

But a handful of states–including New York, Virginia and Ohio–have still granted teachers early access to COVID-19 vaccines. On Tuesday, the Biden administration said other states should follow suit.

Pennsylvania’s largest teachers union has called on the Wolf administration for weeks to make teachers eligible for vaccines.

Its leader said the added layer of protection afforded by a vaccine would allow teachers to be less stringent about social distancing protocols, which can be difficult to implement in classrooms.

But other union groups have made the case that their workers should receive priority for the state’s limited supply of doses–arguments they revived on the heels of Wolf’s announcement Wednesday.

The president of United Food and Commercial Workers Local 1776, whose members include grocery store and meatpacking workers, said food service employees would face risky working conditions as long as they remained unvaccinated. Studies show that meatpacking plants in particular have been strong drivers of COVID-19 cases in their communities.

“Our members are exposed to hundreds of people a day and provide life-sustaining services,” Wendell Young, president of UFCW 1776, wrote in a letter to Wolf this week. “The nature of their employment puts them at a higher risk of being exposed to the virus and must be prioritized during the vaccination process.”

Elizabeth Hardison covers the state Senate, as well as education and criminal justice issues, for the Pennsylvania Capital-Star. You can reach her at ehardison@penncapital-star.com, on Twitter @ElizHardison or by phone at 607-437-3548.