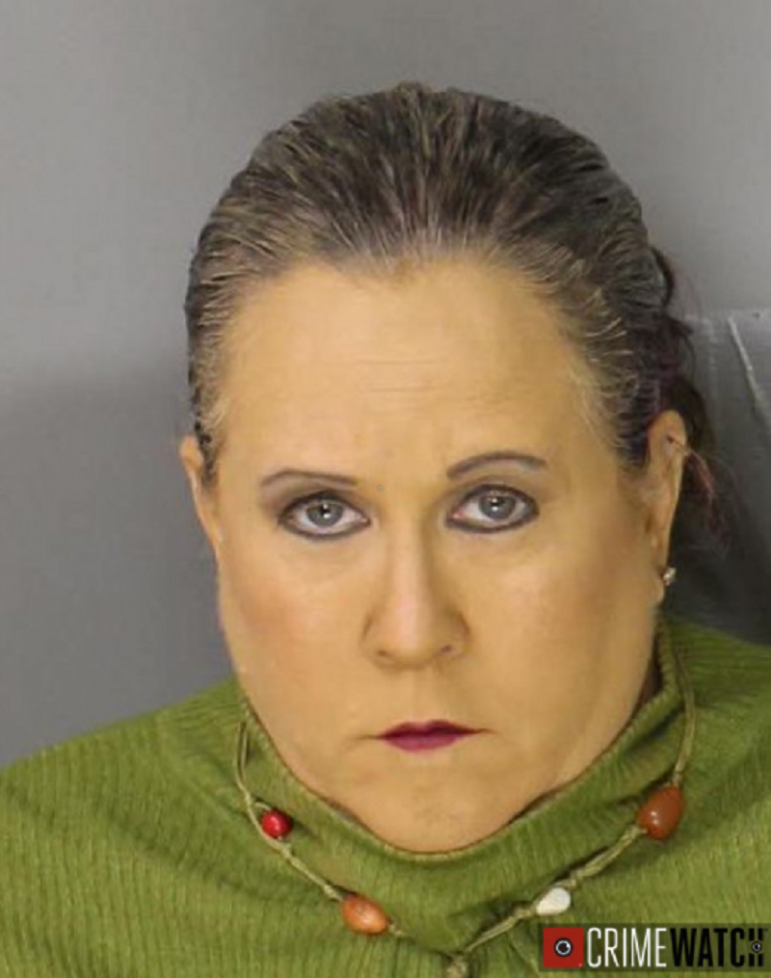 Raffaela Spone, 50, of Chalfont, Bucks County, is accused of using so-called ‘deepfake technology’ to manipulate images of her daughter’s perceived cheerleading rivals in order to use them as part of a covert cyberbullying campaign.

A Bucks County woman is accused of waging a cyberbullying campaign against three girls she perceived as her daughter’s cheerleading rivals.

Hilltown Township Police and the Bucks County District Attorney’s office have announced charges against 50-year-old Raffaela Spone of Chalfont, who is charged with three counts each of cyber harassment of a child and harassment, both of which are third-degree misdemeanors.

According to a news release from the district attorney’s office, an investigation that ultimately led detectives to Spone began last July, when the mother of a member of the Doylestown-based Victory Vipers cheerleading team reported receiving text messages and phone calls from blocked or unknown numbers telling her “you should kill yourself” to Hilltown Township Police.

The DA’s office said photos taken from the girl’s social media were also doctored to make her appear to be drinking and vaping.

“In one photo, her bathing suit was edited out and covered with skin tone color to make it appear as if she was naked,” the release said.

Hilltown Township Police Officer Matthew Reiss reviewed a video that was sent to the Vipers that appeared to show the girl vaping “and found it to be the work of a program that is or is similar to ‘Deep Fakes,’ where a still image can be mapped onto an existing video and alter the appearance of the person in the video to show the likeness of the victim’s image instead,” the office said.

According to a January 2020 story about the growing use of deep fake technology published by The Guardian, “deepfakes use a form of artificial intelligence called deep learning to make images of fake events, hence the name deepfake.”

The article notes that while it’s sometimes difficult to make the images on standard devices and that “it takes expertise…to touch up completed videos to reduce flicker and other visual defects…plenty of tools are now available to help people make deepfakes.”

According to a criminal complaint filed in Spone’s case, in December Reiss met with the parents of two other Viper cheerleaders who reported receiving upsetting messages about their daughters in August.

The news release said the messages included “pictures of the girls with captions ‘toxic traits, revenge, dating boys, and smoking’ and ‘was drinking at the shore, smokes, pot, and uses ‘attentionwh0re69’ as a screen name.'”

The district attorney’s office said police used a series of search warrants to determine information about the phone numbers from which the messages were allegedly sent; numbers which eventually led them to an IP address they were able to trace to Spone.

“The search warrants of devices seized confirmed use of Spone’s cellphone to use the ‘Pinger’ application to download, access and/or manipulate data,” the news release said. “This also confirmed the phone numbers and IP addresses previously searched.”

According to court records, Spone is scheduled to appear at a preliminary hearing before District Judge Regina Armitage on Tuesday, March 30 at 2 p.m.

Court papers do not list an attorney for Spone.

Note: Individuals charged with a crime are presumed innocent until proven guilty in a court of law. This story was compiled using information from the Bucks County District Attorney’s office and the Hilltown Township Police Department.