A man from Hellertown was charged with defiant trespass after police say he refused to leave an apartment following an alleged domestic dispute last weekend.

Springfield Township Police said Wednesday that Hector Alberto Santiago-Quinonez, 29, allegedly “refused to vacate” the residence at Scenic View Apartments on Scenic View Lane after officers responded to the complex at 7:45 p.m. Sunday and told him to do so. 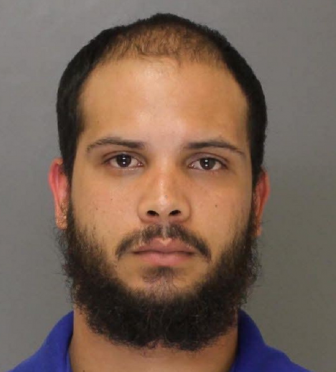 Hector Alberto Santiago-Quinonez, 29, was charged with defiant trespass after police say he refused to leave a Springfield Township apartment following a domestic dispute Sunday night. Due to a felony conviction in Lehigh County for which he remains on probation, township police said Santiago-Quinonez was then held on a detainer at Lehigh County Prison.

Following his arrest on the trespassing charge, police said Santiago-Quinonez “was remanded to Lehigh County Prison on a detainer from Lehigh County Probation due to…being on probation for a 2018 robbery conviction.”

According to a Times-News story from June 2018, Santiago-Quinonez–who lived in Lehighton at the time–was arrested by Pennsylvania State Police at Bethlehem after robbing a New Tripoli gas station of an undisclosed amount of money.

Court of Common Pleas records show that as part of a December 2018 plea agreement, he later pleaded guilty to Felony 2 robbery with imminent threat to inflict bodily injury and was sentenced to 11 to 23 months in jail followed by two years of probation by Judge James T. Anthony.

Magisterial court records indicate that Santiago-Quinonez was committed to the Bucks County Correctional Institution on Tuesday, with his bail set at 10 percent of $15,000.

A preliminary hearing on the Misdemeanor 3 defiant trespass charge is scheduled to be held before District Judge Gary Gambardella on Monday, March 29 at 10:45 a.m in Bucks County District Court 07-3-03, according to the criminal complaint filed in the case.

As of Wednesday court records did not list an attorney for Santiago-Quinonez.

Note: Individuals charged with a crime are presumed innocent until proven guilty in a court of law. This story was compiled using information from police and court records.