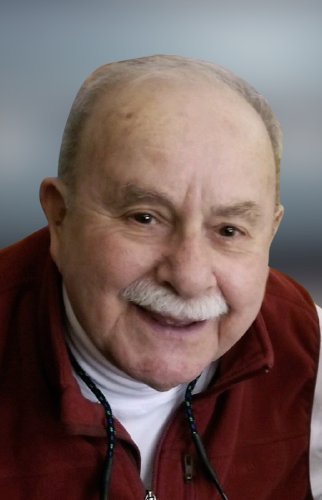 He was the widower of Sandra C. (Walck) LaPorta, who died May 5, 2013. Michael was born Dec. 18, 1931 in Washington, N.J., to the late Frank and Angelina (Urcioli) LaPorta. Michael earned a master’s degree from Lehigh University and a bachelor’s degree from East Stroudsburg State College. While attending Lehigh University in the early 1960s he was a physical education teacher and athletic trainer. Sgt. LaPorta served our country faithfully in the U.S. Army during the Korean War. He served in the 179th Infantry Regiment, 45th Infantry Division, and was the recipient of two Bronze Service stars. Michael was an insurance agent with Massachusetts Life Insurance Co., Bethlehem, earning Agent Emeritus. He also brokered other companies in his lifetime. Michael was of the Catholic faith and a member of the Dewey Fire Company, Hellertown. He loved music, especially listening to his 45s, like the “Chicago Blues,” and was a German beer enthusiast and wine connoisseur. Michael was a weightlifter, earning a 2nd in the North East Master Powerlifters Championship.

Family and friends are invited to call from 10 to 11 a.m. Thursday, May 6, 2021 at the Heintzelman Funeral Home Inc., 326 Main St., Hellertown. The calling hour will be followed by the service at 11 a.m. The interment will conclude services at Union Cemetery of Hellertown. Military honors will be accorded by the Edward H. Ackerman American Legion Post 397, Hellertown. Please make positive choices by following CDC guidelines. Online expressions of sympathy can be recorded at HeintzelmanCares.com.