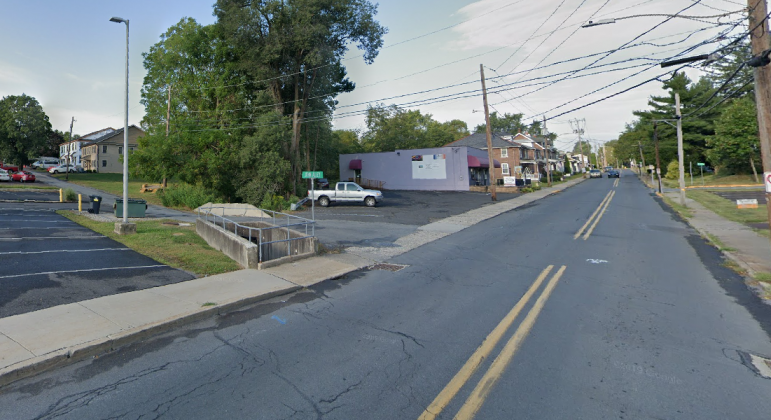 Most motorists likely drive across Coopersburg’s West State Street Bridge, pictured above, without realizing it. Due to its deterioration, PennDOT has closed the small span in both directions. It was originally thought that only the westbound lane would be closed to traffic.

A week after it was announced that a failing two-lane bridge in downtown Coopersburg would be closed in one direction, PennDOT closed the West State Street span both ways, a borough official said Thursday.

Borough manager Tim Paashaus said the borough has yet to receive any official guidance from PennDOT regarding the replacement of the bridge, which serves as a critical link between Main Street in Coopersburg and points west of town.

Paashaus said the borough won’t wait to receive that information before it acts to ensure that the impact of the bridge’s closure on residents and businesses is mitigated.

“We will be making John Alley one way (heading north), and (creating) a four-way stop at the corner of Tilghman Street and Locust Street,” he said.

Both John Alley and the intersection of Locust and Tilghman streets are on the west side of Main Street, which runs north-south and more or less divides the borough in half.

“Hopefully these traffic measures will help with the flow of traffic and protect the area residents and businesses from U-turns and speeding,” Paashaus said.

Coopersburg officials have decided to make John Alley–which connects State and Thomas streets just west of Main Street–a one-way street in order to help reduce the impact of the West State Street Bridge closure on nearby residents and businesses.

Paashaus speculated last week that the West State Street bridge replacement project will likely involve “many years of design and build,” resulting in “a multi-year impact (similar to that the Blue Church Road Bridge)” project in nearby Upper Saucon Township.

According to PennDOT Engineering District 5 Safety Press Officer Sean Brown, the bridge is an open-bottom structure with concrete abutment walls and a concrete slab.

The roughly eight-foot-long bridge spans an unnamed tributary of the Saucon Creek.

“The road will be closed indefinitely until repairs to the structure can be made,” a PennDOT news release said. “Updates on the structure will be provided when available.” 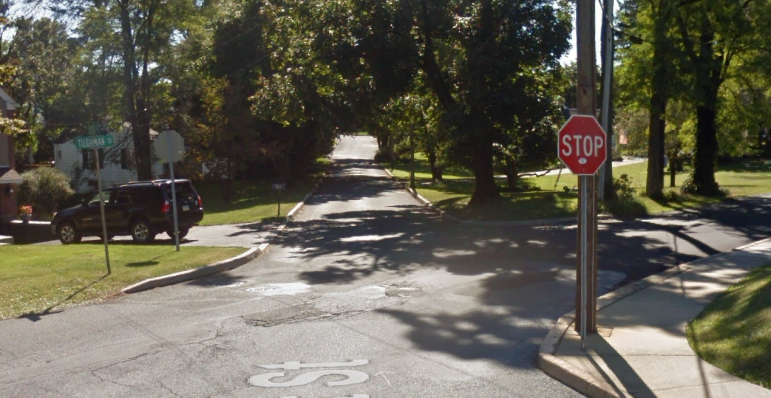 Coopersburg officials said they plan to make the intersection of Tilghman and Locust streets–pictured above–a four-way stop to help reduce U-turns, speeding and other traffic issues related to the closure of the West State Street Bridge, which began Thursday. Currently, only motorists on Locust Street have to stop at the intersection.