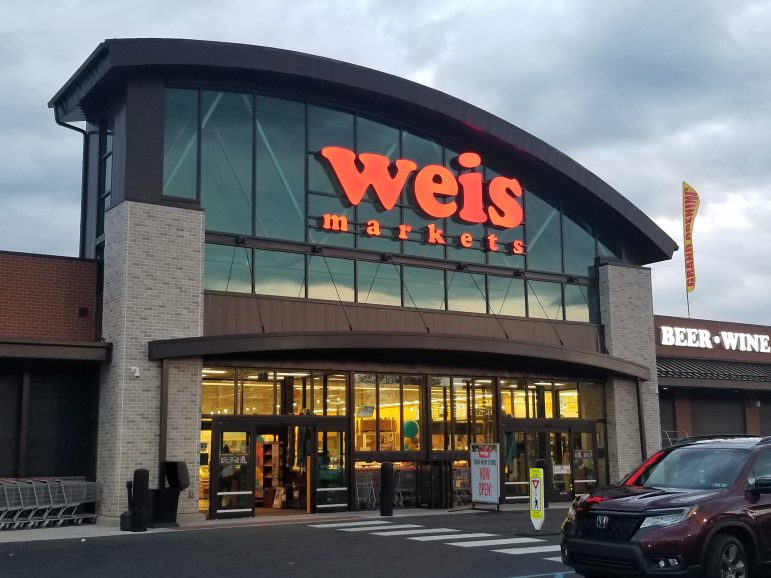 The new Weis Market at the Westgate Mall is located at 2425 Schoenersville Road, Bethlehem, in a building that formerly housed the Bon Ton. It features a wine and beer section plus a gas station, which the former location in the mall did not.

The new Weis supermarket at the Westgate Mall in Bethlehem opened May 13, and curious consumers have been flocking to check out an expanded grocery section as well as larger prepared food departments, a new gas station, a beer cave and a wine section.

The store, which is housed in the former Bon Ton department store, isn’t exactly new, as it was previously located at 2305 Schoenersville Road in a different section of the mall. That store was previously a King’s supermarket, and before that it was George’s IGA.

However the new store is considerably larger in size and features a Weis2Go curbside pickup area, a pharmacy and additional checkout lanes, including self-scan registers.

Customers who earn gas points shopping at Weis will now be able to redeem them at the gas station, which is located on the east side of the building. Coupons mailed to many Bethlehem area residents prior to the store’s grand opening are redeemable for incentives such as 400 gas points in exchange for a purchase of $25 or more.

The new store is open from 8 a.m. to 9 p.m. daily. For more information, visit WeisMarkets.com.

In January 2019, the company closed a store it had operated on Rt. 309 in Upper Saucon Township for more than 30 years. As of May 2021 that space remains vacant. 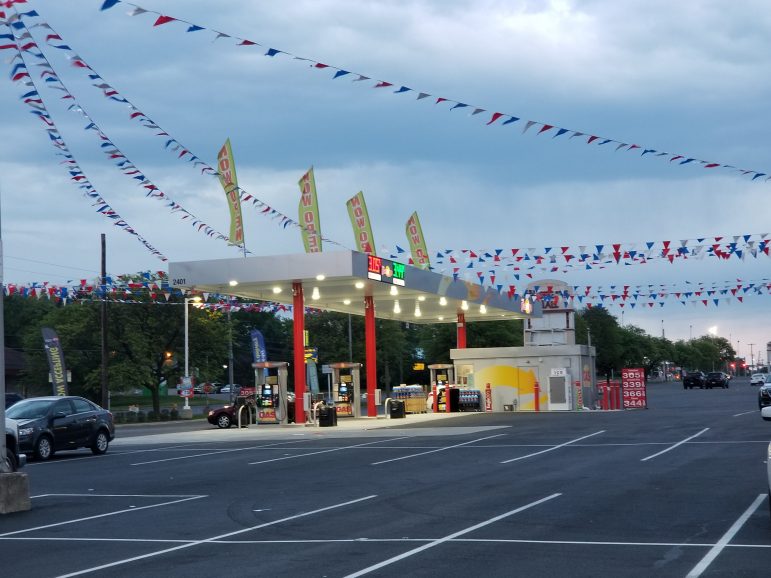 Banners drape the recently-opened gas station at the Weis Market at 2305 Schoenersville Road. The store, which was previously located in a different section of the Westgate Mall, opened May 13. Unleaded gas was on sale for $3.05 per gallon on Sunday, May 16, when the photo above was taken. Weis customers can earn and redeem points to receive a discount on gas. 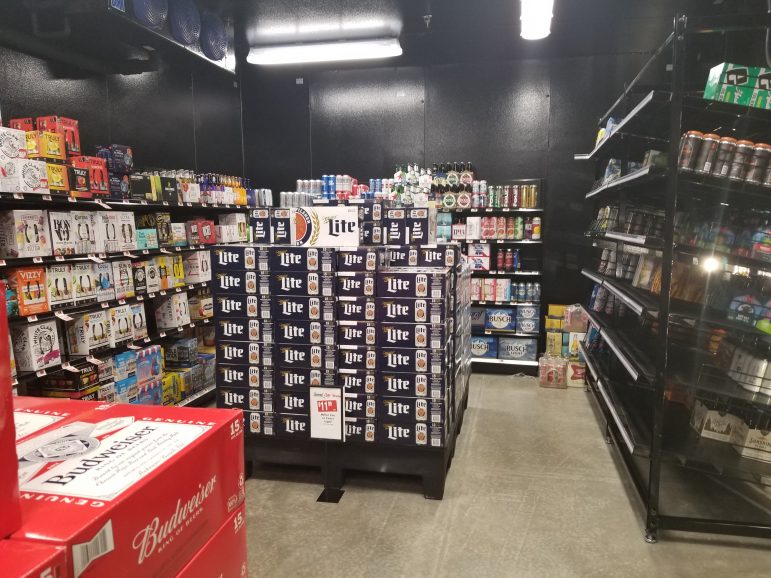 The new store features a beer cave as well as a wine section. 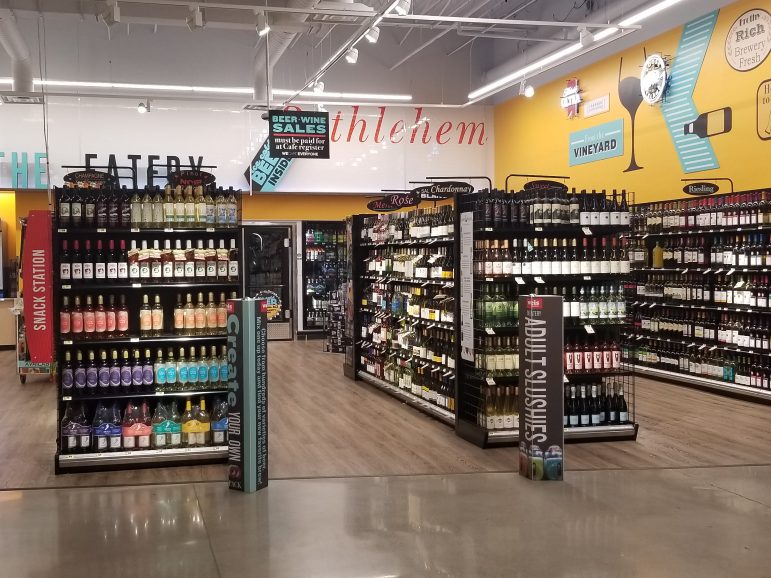 Wine is available for purchase in the new Weis Market in Bethlehem. 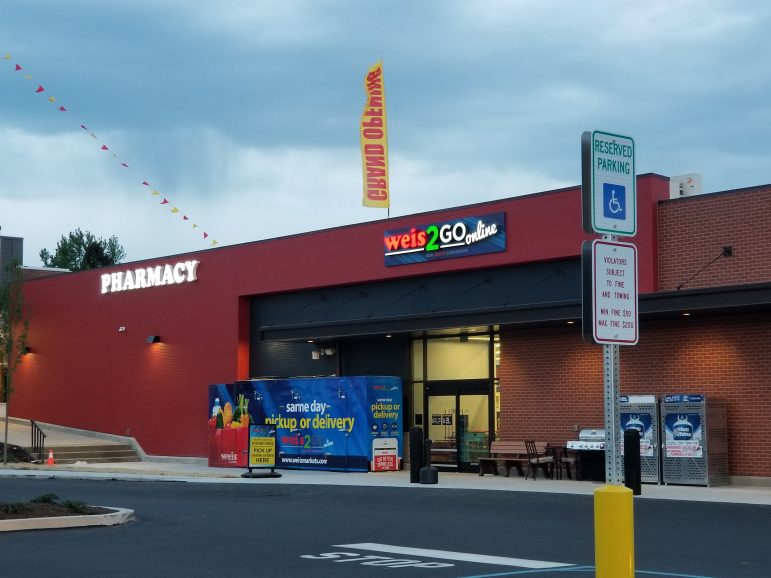 There is a separate entrance for Weis2Go, an online shopping platform that allows Weis customers to order online and pay for their groceries through a secure PayPal system or at the store with curbside checkout. The store also now houses a pharmacy. 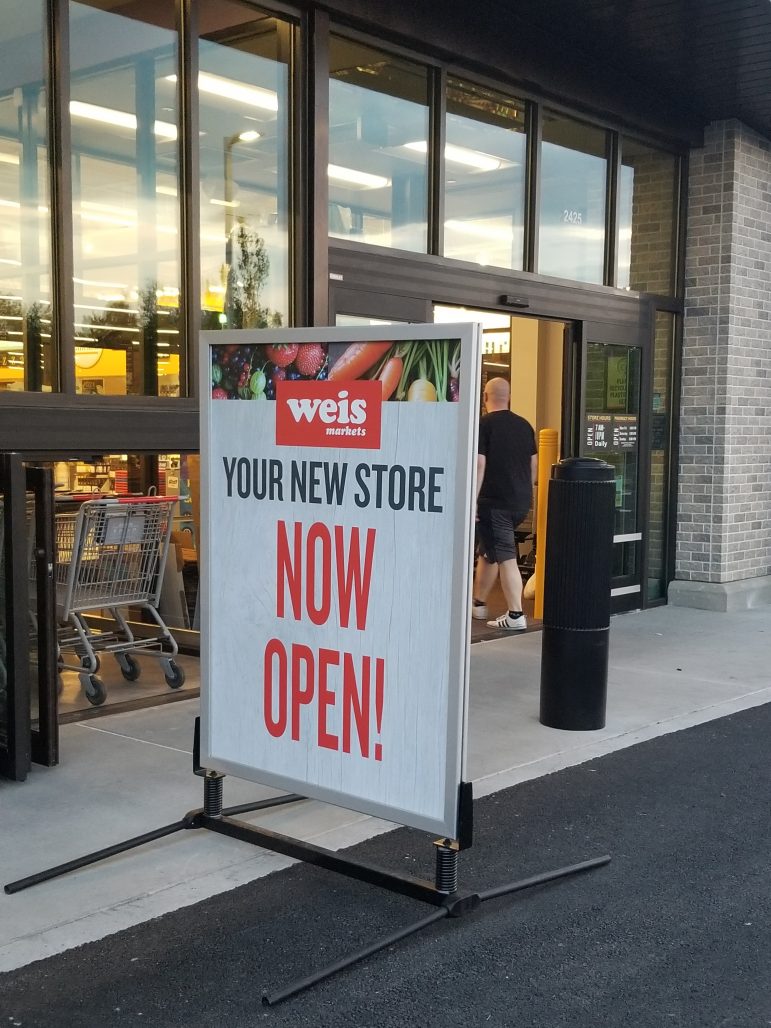 A large sign outside the main entrance to the new Weis Market at Bethlehem’s Westgate Mall trumpets its grand opening. 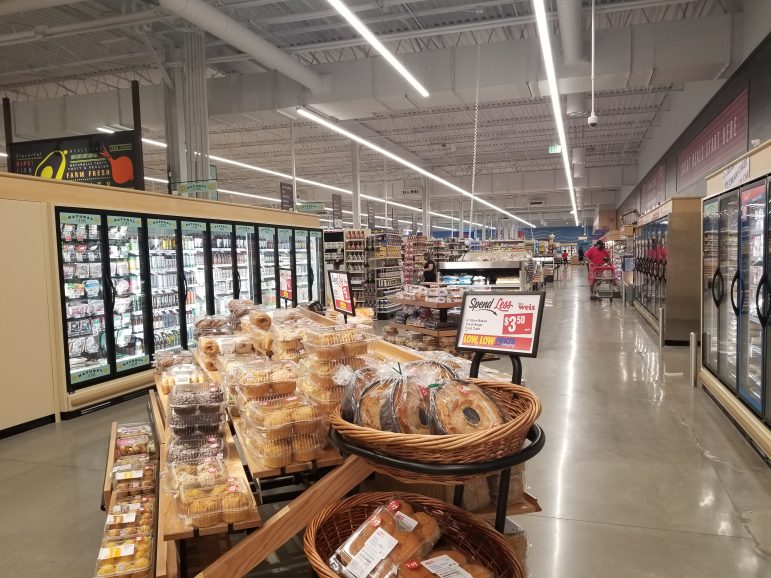 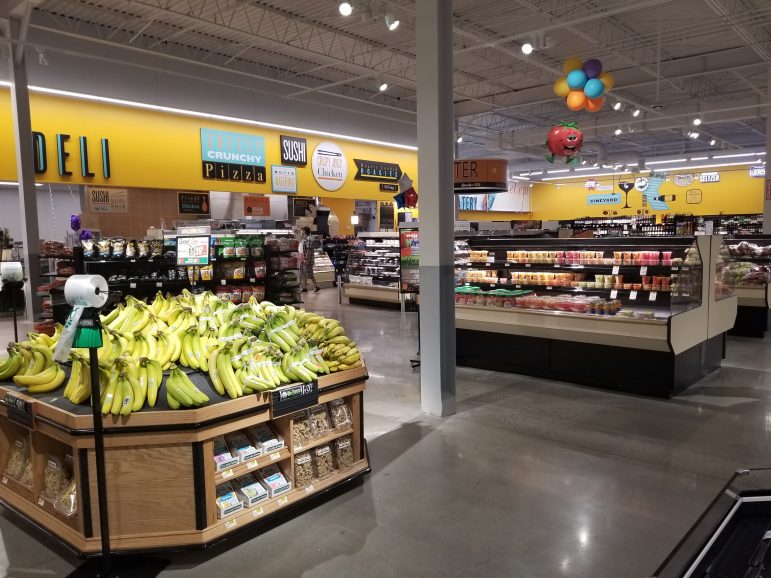 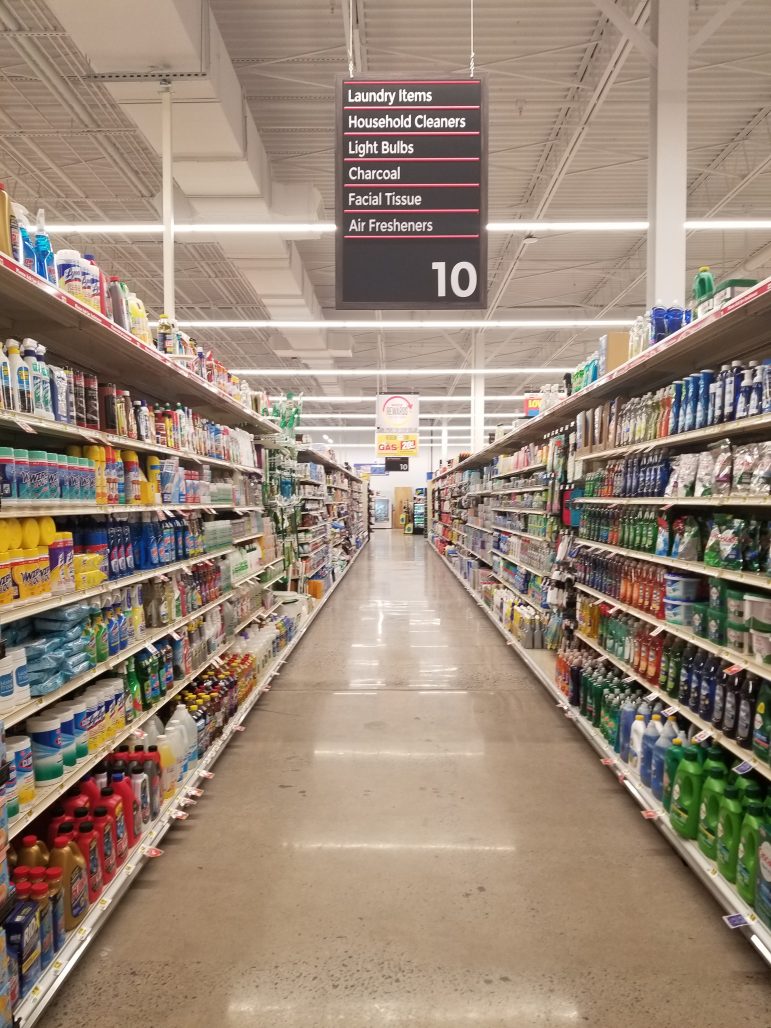 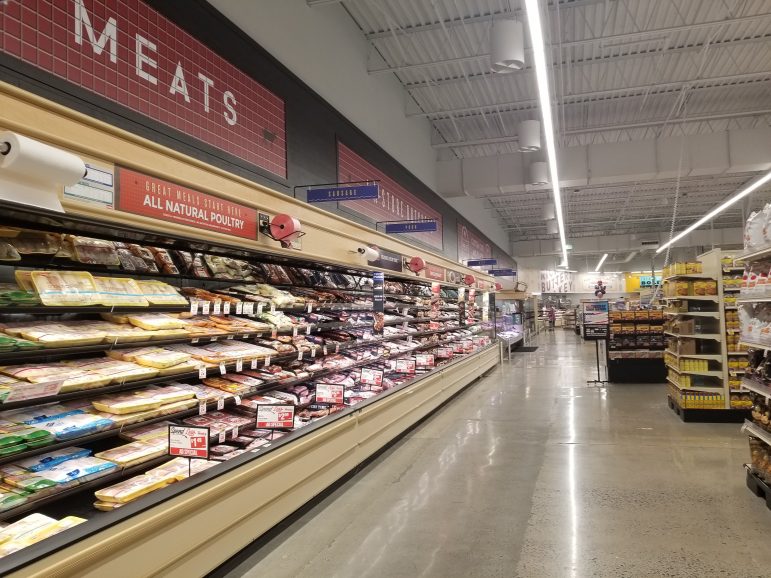 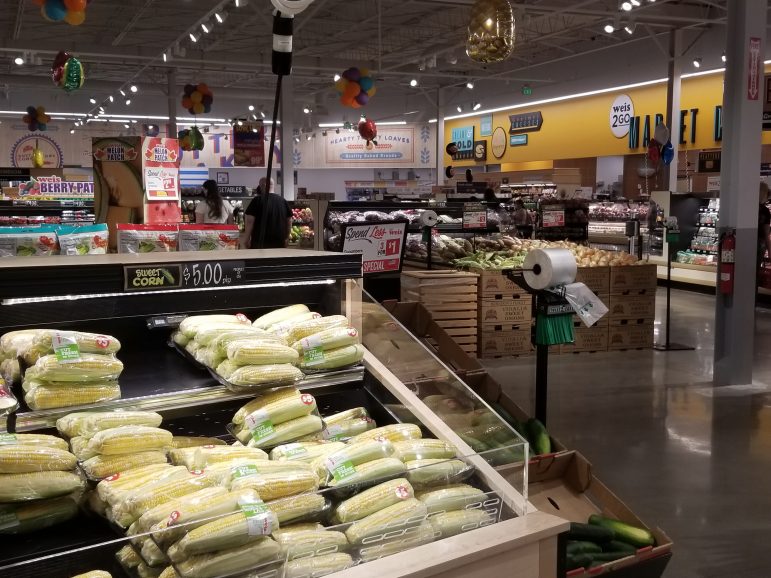 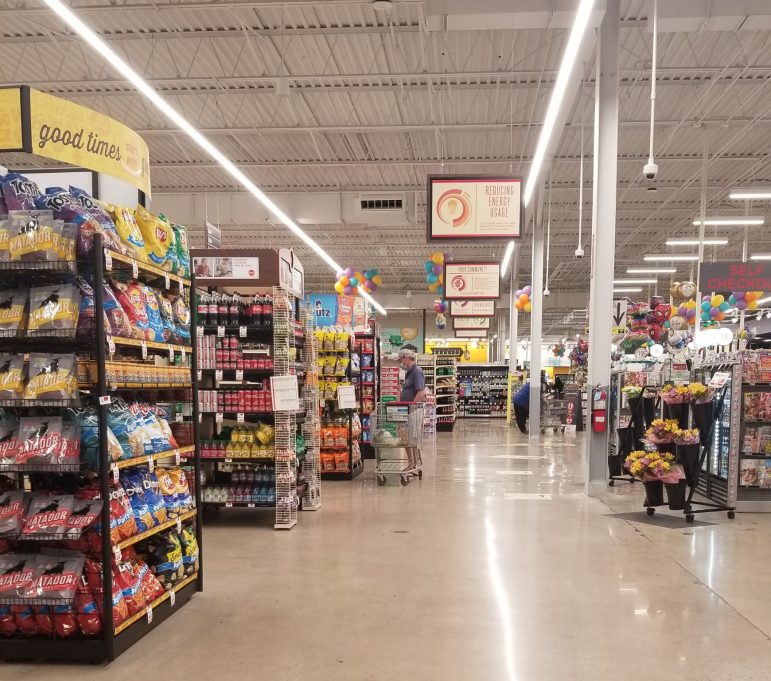 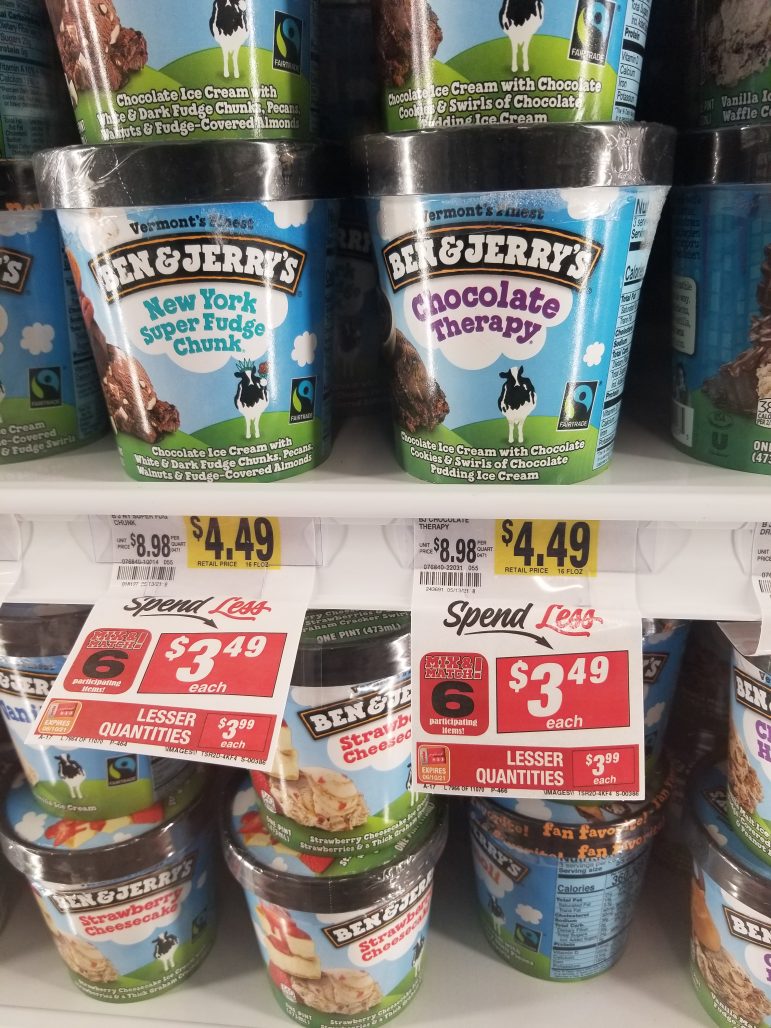 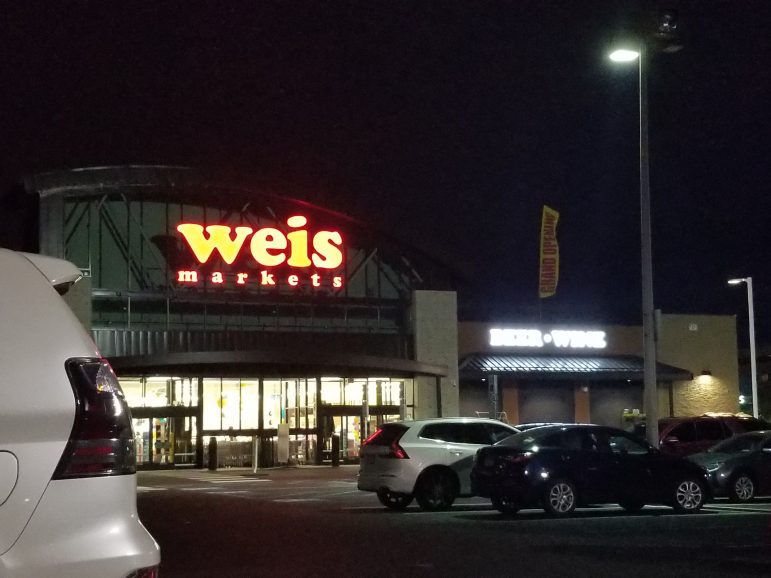