A Springfield Township man is facing DUI and other charges after township police say he caused an accident in the 1600 block of Rt. 309 on the afternoon of Sunday, June 13.

In a post on their Crimewatch site Monday, Springfield Township Police said Chad Humbert Hummer, 38, allegedly caused a “major traffic crash” after “pulling out of his driveway/parking lot” along Rt. 309, which is also known as North West End Boulevard. 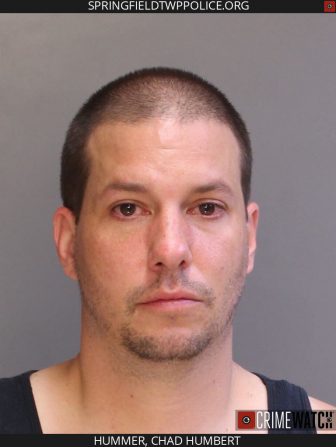 They did not say whether Hummer or anyone else was injured as a result of it, or how many vehicles were involved.

According to police and court records, Hummer is charged with misdemeanor DUI as well as careless driving and failure to yield at a roadway, both of which are summary offenses.

A preliminary hearing in Hummer’s case is scheduled to be held Monday, July 26 at 10 a.m. before Bucks County District Judge Gary Gambardella in District Court 07-3-03 in Ottsville, the criminal court docket states.

The docket did not list an attorney for Hummer.

Note: All individuals charged with a crime are presumed innocent until proven guilty in a court of law. This story was compiled using information from the Springfield Township Police Department and Bucks County court records.