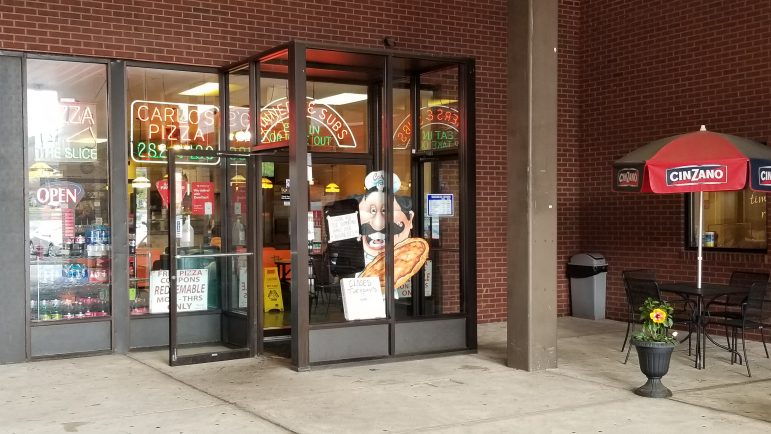 The entrance to Carlo’s Pizza in Coopersburg.

We recently asked readers to tell us who has the best pizza in the Southern Lehigh School District by voting in a local pizza survey.

More than 150 of you voted in the poll, in which the pizzeria with the most votes was Carlo’s Pizza. Carlo’s, which is located in the Fairmont Village shopping center on Rt. 309, received 44 votes in our poll (29 percent of the total). Second place honors belong to Ecco Domani, which received 33 votes; and third place belongs to both La Borgata Italian Pizzeria and Tony’s Pizza, which tied with 27 votes each. Honorable mentions go to Sage Alley Brewery & Grille (7 votes), Limeport Inn (5 votes) and Melt (3 votes). 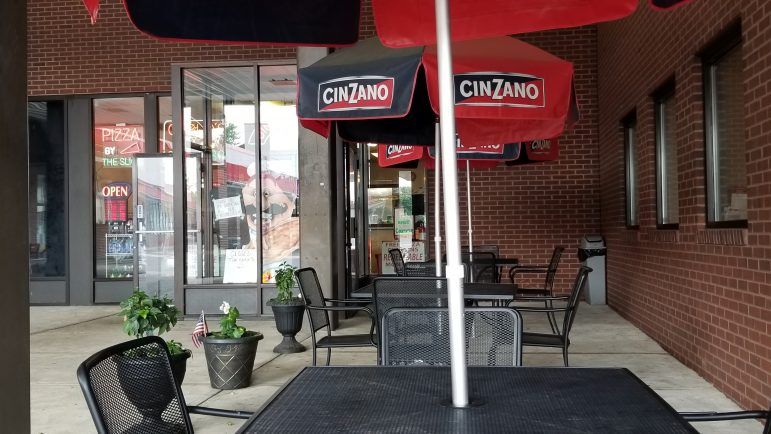 Carlo’s Pizza is located in the Fairmont Village shopping center on Rt. 309 in Coopersburg. Outside seating is available. The restaurant received the most votes when we asked readers who has the best pizza in the Southern Lehigh School District.

There were 13 votes for “other” pizza destinations, with 10 write-in votes, however none of the establishments that were written in were located in Southern Lehigh, which includes Upper Saucon Township, Coopersburg borough and Lower Milford Township.

Carlo’s Pizza is open for takeout, dine-in (with outside seating available) and delivery.

Their “Aboundanza Pizza” is made with mozzarella, spinach, broccoli, tomato, garlic and oil, but without sauce, as are their White Garlic, White Broccoli, White Spinach and Capri pizzas.

For individuals who are sensitive to gluten, the restaurant offers a Gluten-Free Cheese Pizza as well as the increasingly popular Cauliflower Crust Pizza. 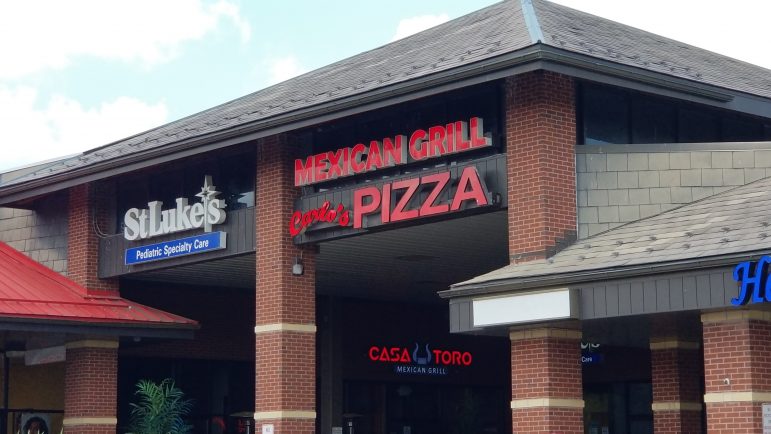 Carlo’s Pizza is located in the Fairmont Village shopping center on Rt. 309.

Pizza as well as other items from their extensive menu–which includes subs, wraps, salads, pasta dishes, dessert and more–can be ordered online via the Slice app at OrderCarlosPizzaMenu.com, on DoorDash or by calling 610-282-4480. Also, find more information about Carlo’s Pizza on Facebook and Instagram (@CarlosPizzaCoopersburg).