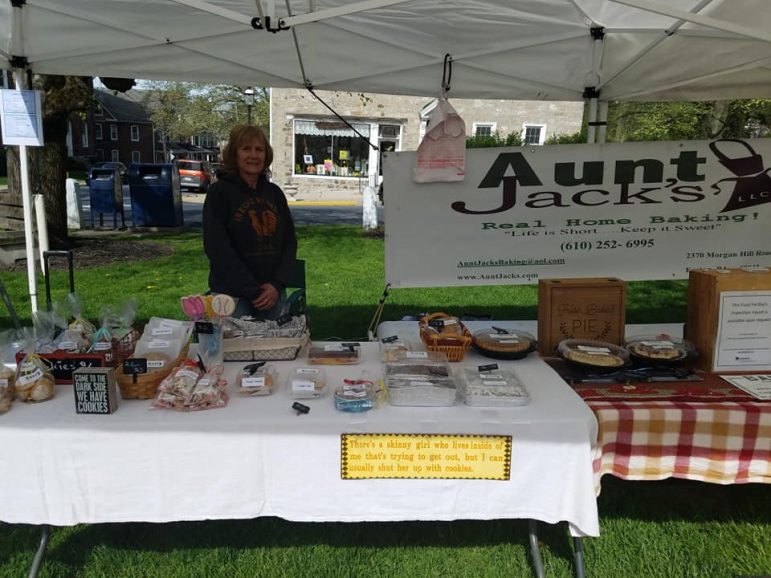 Aunt Jack’s Real Home Baking returns to the Saucon Valley Farmers’ Market in Hellertown for their tenth season this year. Aunt Jack’s is owned by Jack Van Boskerck and well-known for its diverse menu of sweet and savory offerings.

Aunt Jack’s Real Home Baking returns to the Saucon Valley Farmers’ Market this season in celebration of a special anniversary: 10 years of vending at the market.

The business was started in 2006 by Jack Van Boskerck following her departure from office life.

“I had a corporate position in Secaucus (New Jersey) and the commute was getting to me, and everybody would say, ‘you should just open a business,’” she recalled.

Van Boskerck grew up in a family of bakers, and she had worked in various restaurants throughout college.

“Food was always a love of mine,” she said.

She took some time to develop a variety of offerings and has spent the ensuing years selling her delicious, sweet and savory goods.

Aunt Jack’s offers one of the most diverse item lists at the Saucon Valley Farmers’ Market, with sweet offerings ranging from fruit pies and assorted cookies to savory items like mac & cheese and baked beans.

With strawberries in season, a specialty item Aunt Jack’s is currently offering is her strawberry-rhubarb crumb pie, which is made with rhubarb from Hellertown’s Bechdolt Orchards.

Using locally-sourced, organic ingredients in her products is a big focus for Van Boskerck. In addition to using ingredients from Bechdolt’s, she sources products from SFVM neighbor Epic Acre Farms, as well as a number of farms near her home in Williams Township.

She even has her own home garden where she grows tomatoes, herbs and cucumbers, which she uses in her savory dishes. 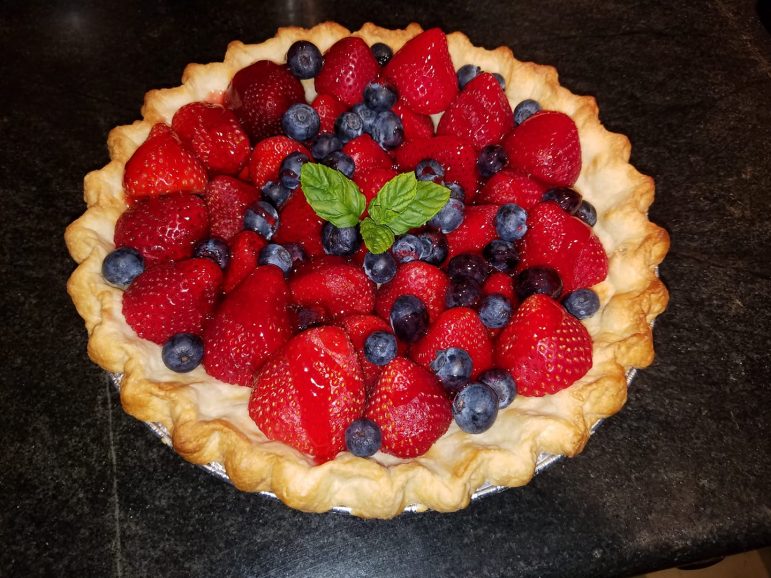 Jack Van Boskerck emphasizes using fresh, local and organic ingredients in all of her Aunt Jack’s products. She regularly uses produce from other vendors at the Saucon Valley Farmers’ Market in her menu items.

Another seasonal favorite is her Key Lime pie, which Van Boskerck also sells at 3rd and Ferry Fish Market and the Pomfret Club in downtown Easton.

Lemon-blueberry and pistachio bundt cakes are available at the SVFM, as are a variety of sweet breads including triple chocolate, apple-cranberry and Hawaiian-banana.

Among her most popular savory offerings are her gluten-free quiches, which are made with shredded potato crust and a variety of cheeses, vegetables and meats. 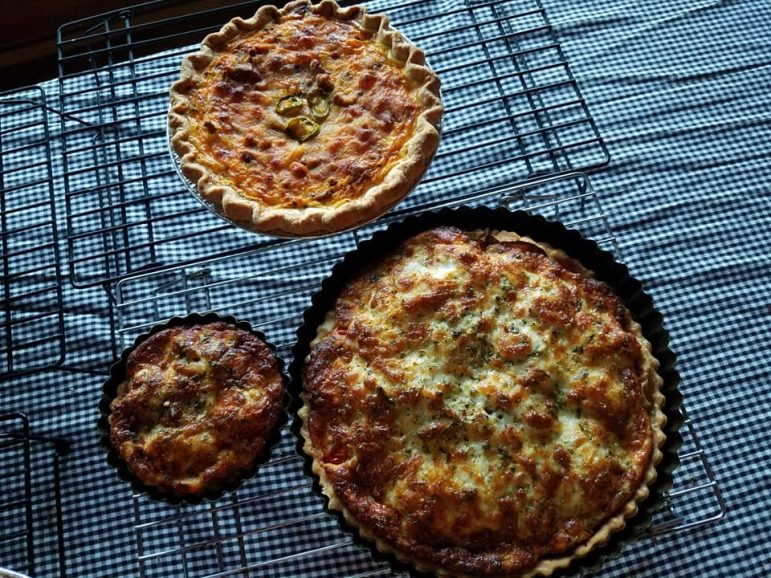 Strawberry-rhubarb crumb pie is a special Aunt Jack’s Real Home Baking is currently offering. The pies are baked with rhubarb grown by Bechdolt’s Orchard in Hellertown. Pictured above are some of Aunt Jack’s savory baked goods.

Fans of summer barbeque fare will want to try her pulled pork, which is made with pork loin and a BBQ sauce. Around the 4th of July and Labor Day, Aunt Jack’s will be selling her popular BBQ baby back ribs.

Aunt Jack’s Real Home Baking will be at the market on the first and third Sunday of the month this season. The market is open Sundays from 9 a.m. to 1 p.m. next to the Hellertown Area Library on Constitution Avenue, across from Dimmick Park.

Van Boskerck recommends that patrons shop early, because she can only provide a few of each item.

Customers can also place orders by calling Aunt Jack’s at (610) 252-6995, or by emailing auntjacksbaking@aol.com to arrange a pickup or delivery (if they are local). 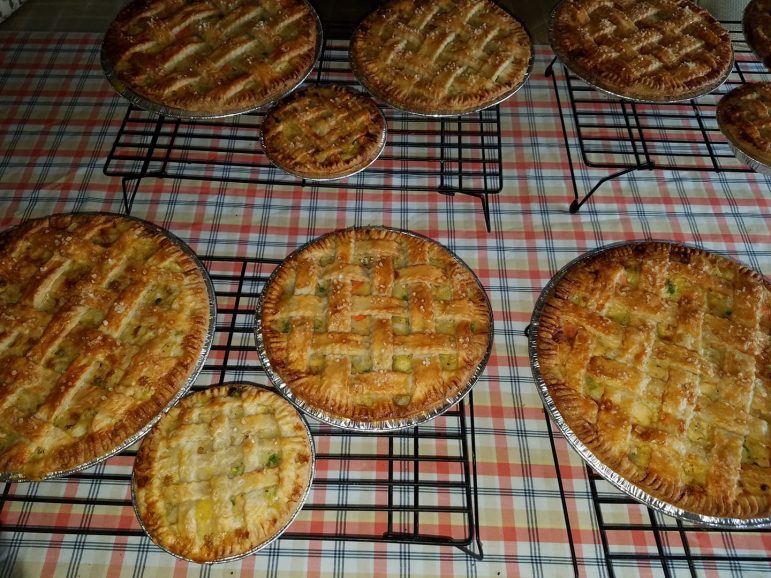 Read some of our other Saucon Valley Farmers’ Market vendor profiles before you pay them a visit.