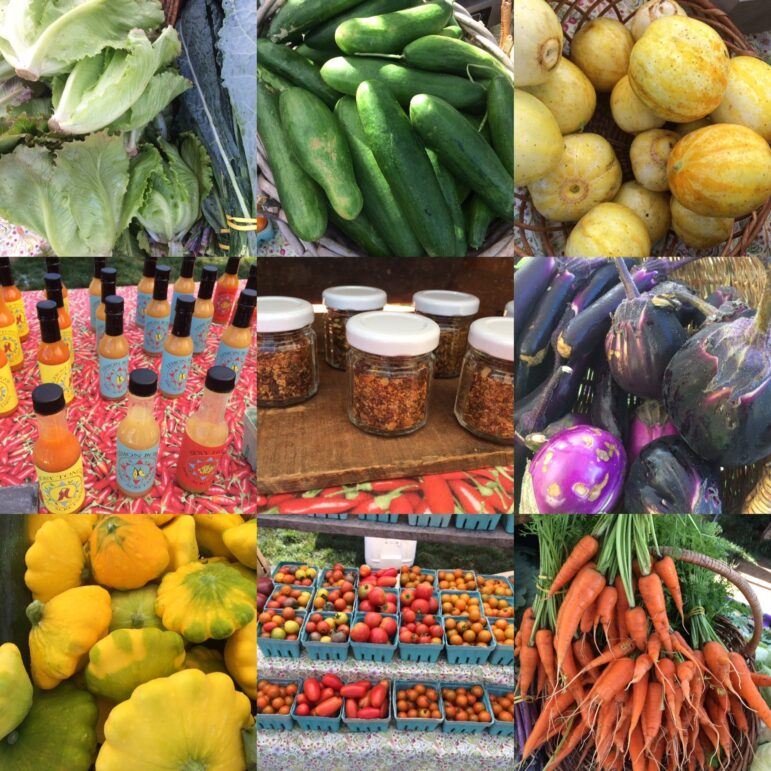 Epic Acre Farm offers a wide variety of Pennsylvania-grown produce. The farm is back for its seventh year at the weekly Saucon Valley Farmers’ Market in Hellertown.

Epic Acre Farm is a go-to spot for Pennsylvania-grown, fresh produce at the weekly Saucon Valley Farmers’ Market in Hellertown.

The farm is celebrating its seventh year at the market with a wide variety of both common and specialty offerings.

“Sugar snap peas are the June thing that’s a real favorite,” said Wayne Miller, owner of the Mertztown-based farm. “We started picking them last weekend. We’ll have them this week and next week.”

Miller has been farming for close to two decades now.

Miller moved to Kutztown in 1993 to attend Kutztown University, where he majored in English and Spanish. Upon graduating, he worked a variety of jobs in the social work and education fields. The job that stuck with him the most, however, was working at Eckerton Hill Farm.

Miller co-managed the farm for around eight years before starting Epic Acre Farm in 2011. Ever since then, he has been growing vegetables and selling them to restaurants and at the Saucon Valley Farmers’ Market.

“It’s small. It’s under two acres, but we produce a lot,” Miller said of his farm, which is located just outside Kutztown. 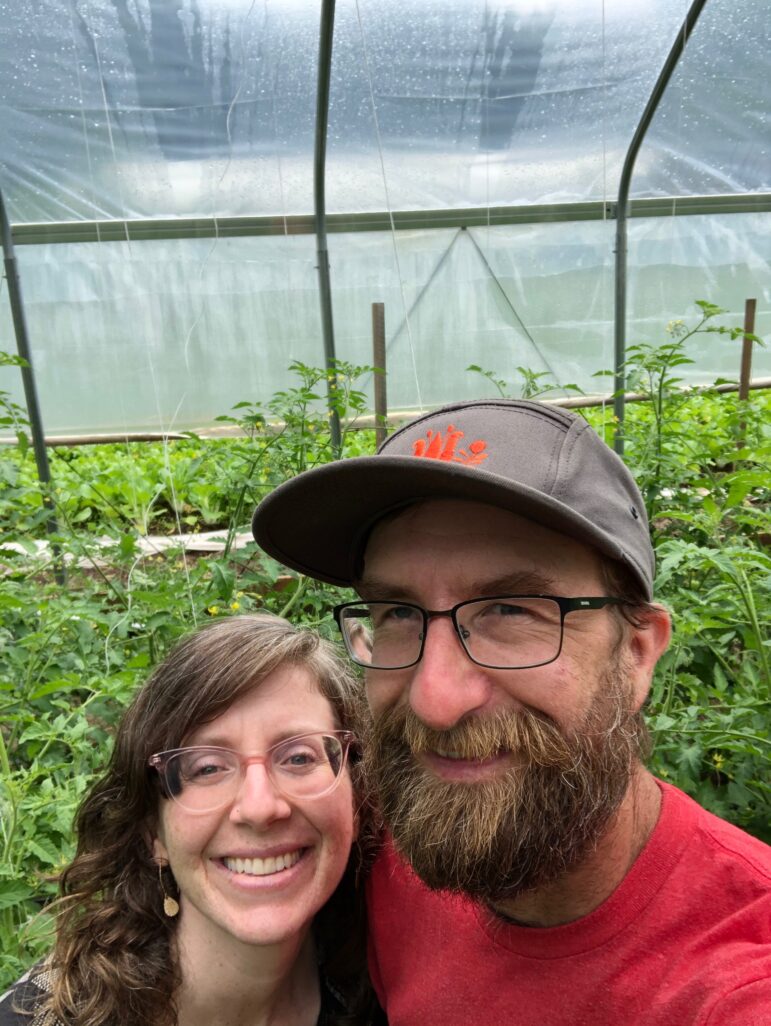 Wayne Miller is seen with his wife, Jennifer Jarson, on their farm in Mertztown, Berks County. Miller started Epic Acre Farm in 2011 after working in the agricultural industry for nearly a decade.

To say Epic Acre Farm produces a lot might be an understatement. Miller’s popular items can sell out in under an hour on busy Sundays at the farmers’ market. This week it will be the snap peas that are in high demand.

Epic Acre Farm places a heavy focus on growing salad greens. They grow and sell all sorts of lettuce, which Miller has been picking since early April. The farm has been selling rainbow carrots this month as well.

Miller also offers a variety of specialty vegetables that are lesser-known in the area. A popular specialty item this time of year is a German vegetable called kohlrabi. Miller describes kohlrabi as a very sweet German turnip which has a consistency similar to an apple.

“It’s an old-fashioned German vegetable that we’ve turned people on to,” Miller said.

Exposing market-goers to new, specialty products is something Miller aims to do. At first, Miller says patrons are interested in trying his unconventional offerings. After a few years he has people coming to him specifically for his specialty products.

Another popular specialty vegetable the farm offers is called cone cabbage. The cabbage gets its name from its shape, and it boasts a delicious, sweet flavor.

As we enter the summer months, Epic Acre Farm will begin selling some of its most popular items.

The heirloom and red tomatoes will be available in about three weeks. Toward the end of July, Miller will also have a variety of hot and sweet peppers for sale.

July is also when the farm starts to pick its potatoes. Miller offers a variety of small spuds including purple potatoes, red gold potatoes, and his personal favorite, German butterball potatoes.

In addition to vending at the Saucon Valley Farmers’ Market, Miller does sells his veggies wholesale to a number of restaurants throughout the area. Due to the COVID-19 emergency, the restaurant portion of the business has been slow this year.

“I’m a little worried for next month,” he said.

Miller normally makes a weekly trip to Philadelphia to sell to restaurants. Currently, however, Philadelphia restaurants are all takeout only, and many are not up and running.

Fortunately, Miller said 2020 has been a great year for selling at the market.

“With COVID it’s weird, and I think people want to be at a farmers’ market,” Miller said. “The market has been busier than ever.”

In the wake of COVID, Epic Acre Farm has made some changes to how they are operating at the market. In the past the farm was cash only, however this year, with the help of his wife Jennifer Jarson, the farm now also accepts contactless methods of payment via Apple Pay, Google Pay and Square. Miller does all of the product handling, while his wife processes the payments.

Visit Epic Acre Farm’s Facebook and Instagram pages to stay up to date with their offerings and news. Miller also encourages produce lovers to join Epic Acre Farm’s member email list. Each Friday he sends out an email to the more than 400 members with a full list of the farm’s offerings. Those interested can place a preorder on the attached Google document to be picked up at the market.

Miller said preordering is a great way to reserve some of the more popular products before they sell out. To become a member and begin receiving weekly emails, simply message the Epic Acre Farm page on Facebook or Instagram.

Big thanks to Nathaniel and Rebecca for letting me pick through their finished berry haygrove today! We wouldn’t have had any berries for the freezer. So lucky. #mennonite #pennsylvania #strawberries #berkscounty #community #rurallife

The Saucon Valley Farmers’ Market is held next to the Hellertown Area Library at 409 Constitution Ave., Hellertown, each Sunday from 9 a.m. to 1 p.m. from early May through late November. Due to the COVID pandemic, the first hour of shopping (from 9 to 10 a.m.) is currently reserved for seniors and individuals considered to be at high risk if they should catch the disease. Other safety precautions such as social distancing, mask usage and hand sanitizing are in place to help protect both vendors and shoppers.

Before you head to the market, check out some of our other recent vendor spotlights: