A Bucks County correctional officer from Quakertown is accused of violating the trust placed in him by allegedly smuggling a prescription drug that is used to treat opioid addiction inside the Doylestown facility. 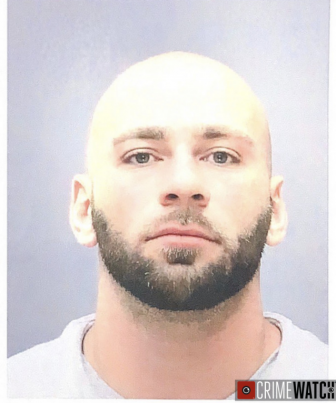 Quakertown resident Anthony Louis Miller, 27, is accused of smuggling Suboxone strips into the Bucks County Correctional Facility while he was employed there as a prison guard. Suboxone is the brand name of a medication that is used to treat opioid addiction, however it is also abused by some individuals.

Several of the charges for which Miller stands accused are classed as felonies.

The district attorney’s office said their investigation into Miller’s alleged misconduct began because he was “suspected of smuggling illegal contraband into the jail,” but did not say what led authorities to suspect that.

“As a result of their investigation, (Bucks County) Drug Strike Force Detectives discovered that Miller had agreed to illegally smuggle 100 Suboxone strips into the jail for $5,000,” the DA’s office announced. “When he was arrested on Tuesday, Miller was found with 88 suboxone strips inside a pocket on his duty belt.”

The district attorney’s office said that when Miller was interviewed as part of their investigation, he allegedly admitted to smuggling Suboxone into the prison on several other occasions, beginning in February 2020.

“This defendant has committed an extraordinary breach of public trust, because our prison guards are supposed to keep drugs OUT of the jail they’re guarding, rather than purchasing drugs to bring into it,” said District Attorney Matt Weintraub. “This is a great example of our county Drug Strike Force working hard to protect the institutional safety of Bucks County’s prison.”

The news release did not indicate whether Miller’s employment with the prison had been terminated as of Thursday as a result of the allegations against him.

Following an arraignment before District Judge Daniel J. Finello Jr. in Warminster Tuesday, Miller was committed to Montgomery County Prison in lieu of $150,000 cash bail, according to the news release and the criminal court docket filed in his case.

A preliminary hearing in the case is scheduled to be held Monday, Aug. 2 at 10 a.m. in Ottsville, before Bucks County District Judge Gary Gambardella, according to the docket.

The docket did not list an attorney for Miller.

Note: All individuals charged with a crime are presumed innocent until proven guilty in a court of law. This story was compiled using information from the Bucks County District Attorney’s Office and Bucks County court records.