A Hellertown man who once catered events there pleaded guilty Thursday to stealing more than $18,000 from the Lehigh Valley Velodrome in Trexlertown–which is also known as Valley Preferred Cycling Center–by using forged checks, according to published reports and court records. 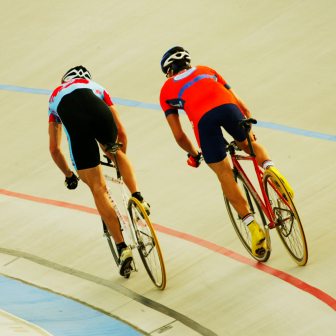 The Lehigh Valley Velodrome has been attracting cycling talent to the Trexlertown area for decades. (Stock Photo)

The Morning Call reported Friday that as part of a plea agreement, Kyle Edward Yeakel, 41, admitted to using the forged checks bearing what was purported to be the signature of former Velodrome executive director Marty Nothstein for personal and other expenses.

Nothstein, a former U.S. Olympian, Lehigh County commissioner and U.S. congressional candidate, was the director of the nationally-known cycling center until early 2018.

According to the Morning Call story, Yeakel worked for a catering company at the Velodrome in 2017 and independently provided food for events there later that year.

The charge he pleaded guilty to Thursday in the Lehigh County Court of Common Pleas was Felony 3 theft by deception, according to the criminal court docket for his case.

Yeakel is free on $10,000 unsecured bail pending his sentencing Oct. 7, per the docket.